The future of Democracy in America or an unconstitutional experiment? 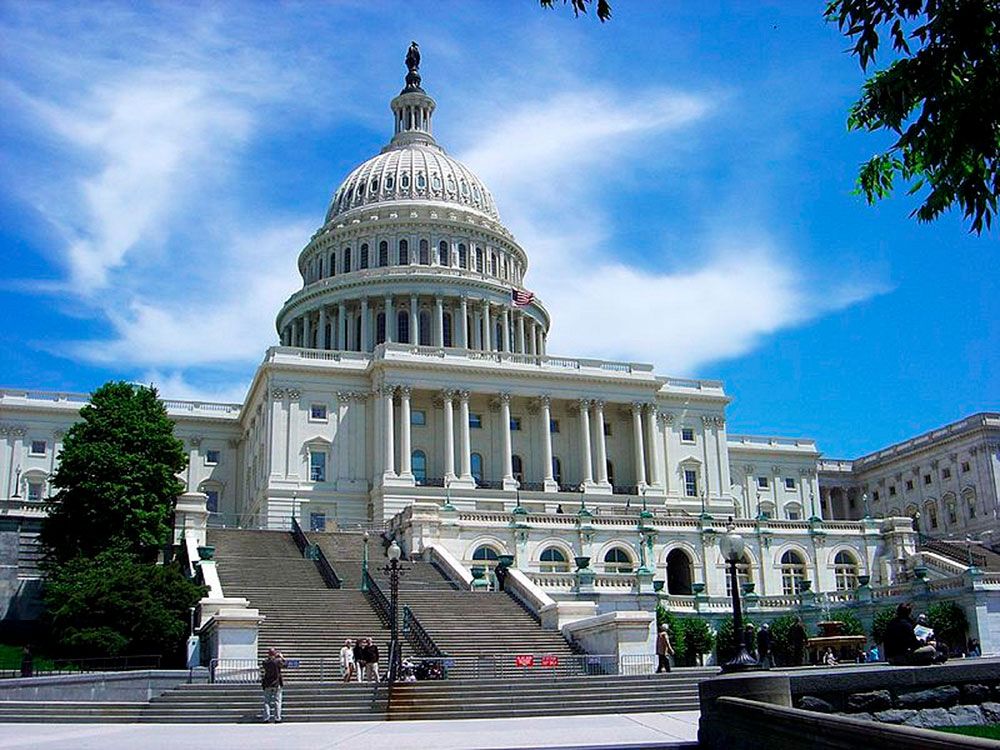 Election Day 2018 is a misnomer; Election Week One 2018 is closer to the mark. Last Tuesday, races were called, concession calls were made; but in the hours and days that followed a different picture began to emerge. Next, came the recounts. Now, legal teams are battling it out in filings all across the country and some elections may well be decided in a courtroom.

Including one case in particular, an experiment the State of Maine voted for 2 years ago in the 2016 election: Ranked-Choice Voting. What is it and what does it mean for the future of voting in America?

Unlike the contenders in other states, Poliquin and Golden face a ranked-choice runoff that has one candidate bringing legal action already.

In 2016, Maine became ground zero for an electoral-reform idea that has the potential to transform Democracy and voting as we know it. In November, 2016, the citizens of Maine voted to replace the state’s ‘first past the post’ election system of the last 136 years with one that allowed preferential voting, also called Ranked-Choice Voting. When it passed, Maine became the first state in the U.S. to adopt this radical electoral reform.

While it has some benefits, the constitutionality of such a measure is certainly in question. Called in 2016 ‘blatantly unconstitutional’ by some, Maine Attorney General Janet Mills, Democrat, issued an opinion that concluded that while implementing Ranked-Choice Voting might be possible without amending the Maine Constitution, several conflicts do exist.

How will the courts find? This column will watch this unique situation as it unfolds to find out.

What is Ranked-Choice Voting?

In the current U.S. system, a voter goes into the voting both and selects their first and only choice for each office or seat that is up for reelection. The ballots are totaled, votes counted and the winner is the person with the most votes. (ideally)

“If your first choice wasn’t available, who would be your second choice?”

When the ballots are tallied, first-choice votes are given to their candidates. If there is no clear majority winner, as in an electorate as evenly divided as the U.S., the candidate selected by the most people as their least favorite is first eliminated. Votes for the eliminated candidate are redistributed up the line according the the voters preference, giving them their second choice when their first choice becomes unavailable.

This process of elimination of least favored candidates, and reallocations of their votes continues until a clear winner emerges.

Could RCV Have Saved Hillary Clinton?

Possibly. But would she have made it past the primary?

Some typically Democratic voters just couldn’t bring themselves to vote for Hillary Clinton. They undoubtedly had their reasons; some thought she was complicit in her husband’s abysmal track record with women, some felt she’d stolen the Democratic nomination from people’s candidate, Bernie Sanders. Others felt she was too much of a Washington insider, not what the country, or the party, needed.

So they voted for Jill Stein. Stein wasn’t expected to win; this was a protest vote, a refusal to vote simply against someone else, not for anything.

Under a Ranked-Choice Voting system, Jill Stein voters would have likely rated Hillary Clinton as their second choice and, just going out on a limb here, Donald Trump dead last.

But would they have even gotten the chance?

Probably not. In the Democratic Primary, Ranked-Choice Voting would have very probably resulted in Bernie Sanders being the Democratic nominee for President. Could Berners have seen their candidate through to the White House? We’ll never know.

“It allows voters to vote for their favorite candidate without fear of helping elect their least favorite candidate. It minimizes strategic voting and eliminates the spoiler effect.” -Maine League of Women Voters

The spoiler effect refers to the tendency of voters to avoid voting for third-party candidates because they want to use their vote for one of the two major-party candidates in order to eliminate the other.

Ranked voting also presents a more compelling and dynamic metric for understanding voters; ranked choices give a great deal more information about voting preference than choosing only one candidate.

“I’ve looked at the places that have it and I’m convinced it really limits negative advertising because you are appealing to voters who will agree with you but you don’t want to aggravate the other people because you want them to pick you second. To me, that is one of the biggest benefits.” -George Smith, prominent Maine Republican, executive director of the Sportsman’s Alliance of Maine and one of the original signers of the Ranked-Choice Voting ballot measure in 2016

Outlandishly negative attack ads seem to have been everywhere this election season. Hyperbole may even be literally killing this country. Political rivals claim their opponents are trying to ‘burn the country down’, ‘destroy democracy’, the word ‘Nazi’ gets thrown around far too easily and often. You don’t just disagree with someone anymore; now, they’re pure inhuman evil. It might be getting a bit out of hand. After all, the mentally-ill are listening.

Considering a troubling new trend on the political horizon, reigning in the exaggerations, the Dynasty-level drama, the journalists who will starve when the President Trump circus tent eventually folds and we all have to go back to watching CSPAN, might be in our immediate best interest.

Next in this series,

Corporate Virtue Signaling: What it means, why it matters