If antagonizing NATO in the Black Sea will prevent the Ukraine from joining NATO, Putin seems to have no problem with that. 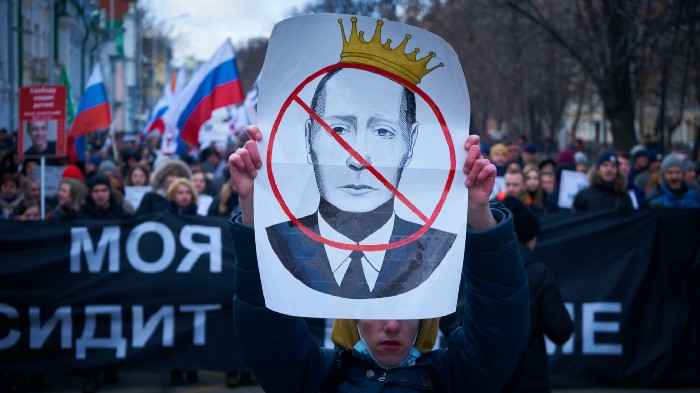 The Sevastopol port in Crimea has historically served as an important naval base for the Russian military. Located in the Black Sea, this deep-water port offers the Russian Navy access to the Mediterranean and beyond.

After the collapse of the Soviet Union, Russia established a long-term lease of the port with the newly-independent Ukraine. The 2014 Crimean annexation, however, brought the port under Russian control.

So, why is Sevastopol so important to Russia?

Russia is not alone in the Black Sea, though; far from it. It shares the sea with other countries- most importantly with three NATO members. As such, interactions between NATO and Russia are bound to occur, given the small space and the presence of both NATO and Russian warships.

This is important to note because of a recent interaction between the U.K and Russia in the Black Sea.

On June 23, Russia warned off the U.K. warship, HMS Defender, as it was approaching the Crimea coastline. According to reports, the Russian military fired warning shots and had a jet drop bombs close to the U.K. naval vessel.

The U.K. responded by denying the event occurred, and reported that it was merely a Russian military exercise — despite a BBC journalist being on board and indicating otherwise. Regardless, the ship’s presence was meant to remind Russia that NATO is active in the region and very much keen on curtailing Russian aggression and expansion.

The West does not accept Russia’s annexation of Crimea and many Western leaders don’t want Russia to believe they will tolerate further action in the area. NATO members located closer to Russia, e.g. the Baltic states, are quite keen on keeping an eye on Russia, rightfully worried about becoming the next Ukraine.

To that effect, this incident with the U.K. warship is Russia’s demonstration of power as well as a protest of an annual military exercise, Sea Breeze, which takes place in the Black Sea with NATO and its allies. This exercise is sure to send a very loud and clear message to Moscow; the West and NATO are here to stay and are committed to the mutual defense of its members and to regional stability.

Taking a step back, one must ask why Russian president Vladimir Putin is escalating tensions? Recently, Russia has become more aggressive in its military incursions. Is this just Putin observing the rightful claim of the self-defense of Russia or is it something more?

It seems that Putin, who has effectively been in power since 1999, is trying to hold on to his power. Russians are growing tired of Putin. His popularity is waning and his reliance on skirmishes to boost his popularity will also wane over time as well.

For now, it seems these displays of military might and aggression will keep Putin and Russia’s military strength afloat.

As the U.S. and its allies shift away from Iraq and Afghanistan, the focus on Russia and Europe may intensify. However, the U.S. and NATO will have to rethink how they approach a potential conflict with Russia. The mindset of Iraq and Afghanistan will not work in Europe. For example, total air superiority will no longer exist in a conflict with a modernized fighting force.

How real is this demonstration of power in the Black Sea?

The incident with the U.K. warship showcased Russia’s response to potential threats. However, Russia’s Navy is in disrepair and not as mighty as Putin wishes. Russia’s sole aircraft carrier, the Admiral Kuznetsov, is infamous for its breakdowns and accidents.

If Russia wants new carriers, they may have to look towards China — a massive blow for Russian pride and their shipbuilding legacy. Relying on China would not be ideal and would hurt the image of Russia’s military strength.

Nonetheless, Russia must continue to show a strong presence in the Black Sea. Such a strategy is not just for projecting its military might, but also for securing Crimea. The conflict in Ukraine is also still on-going. This stalemate prevents Ukraine from joining NATO, a major issue for Russia as it will bring NATO to their front door.

The loss of the Baltic states to NATO has always been a major issue of contention for Russia, but the loss of Ukraine would be unacceptable. The 2014 conflict proved this with Russia unwilling to allow Ukraine to gravitate towards the West and Europe.

The loss of Sevastopol would be too great for Russia and its image of being militarily strong — especially in its own backyard. Therefore, it would not be surprising to see more incidents like this occur, in order to keep things “lukewarm,” without rising to an outright conflict.

We have already seen Russia invade neighboring countries when threatened with losing their influence and security (Ukraine 2014 and Georgia 2008). Tensions are further exacerbated when the ethnic Russians in those areas are given Russian citizenship through Russia’s “passportization” policy.

By doing this, Russia can claim that they are protecting Russian citizens from conflict, and thereby create a justification for the use of military force.

But for now, Russia and the West will continue to provoke, prod, and antagonize each other for the foreseeable future. The hope is that this does not escalate into another unnecessary and deadly conflict.