Can it do what Biden says it will do? 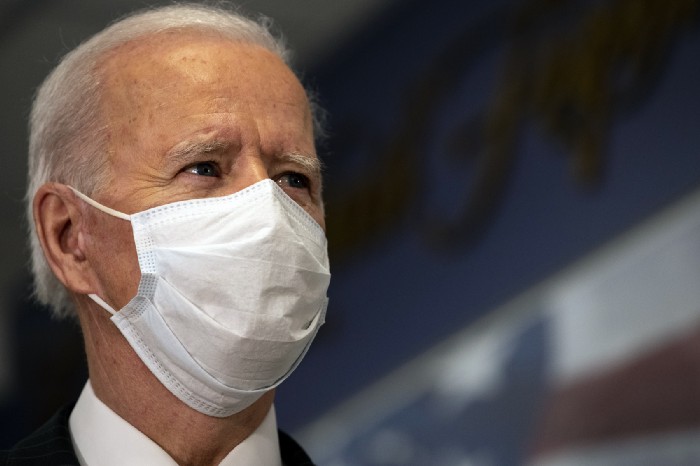 On Wednesday, President Biden unveiled his $1.8 trillion American Families Plan during his first joint address to Congress. The legislation would build on the American Rescue Plan, which was the $1.9 trillion bill signed into law last month and aimed at helping the country recover from the coronavirus pandemic.

The massive package of $1 trillion in new spending and $800 billion in tax credits is aimed at expanding access to education, reducing the cost of childcare, and supporting women in the workforce. The proposal seeks financing for universal preschool and a federal paid leave program, in an effort to make childcare more affordable. It promises free community college for all Americans, expanded subsidies under the Affordable Care Act, and more.

The American Families Plan calls for four years of federally funded public education for every child and a universal “high-quality” preschool for all 3 and 4-year-old children, including those from affluent families. Administration officials contend that free, quality childhood education can help parents who are financially struggling and build students’ skills at a young age.

In addition to childhood education, the childcare portion of the plan would offer subsidies to families earning up to 1.5 times their state’s median income as well as continue tax credits approved in the pandemic relief bill that offer benefits to people earning up to $400,000 a year.

The plan calls for $109 billion to make two years of community college free for all students, regardless of income. It would require states to contribute to meet the goal of universal access, senior administration officials said.

When the program is fully implemented, the federal government will cover approximately 75% of the average tuition cost in each state with states picking up the rest, a senior administration official said. According to the White House, if all states, territories, and tribes participate, about 5.5 million students would pay nothing in tuition and fees.

Dreamers will also qualify for free education at community colleges and receive access to Pell Grants, which will be increased by $1,400 under the new plan. In addition, President Biden would create a $39 billion program that provides two years of subsidized tuition for students at historically Black colleges and universities, as well as students at institutions that serve members of Native American tribes and other minority groups.

The Biden Administration says the bill will be largely financed by additional taxes on the wealthiest Americans. An official said President Biden will soon announce new measures to ensure the richest Americans “pay the taxes that they owe while also ensuring that no one making less than $400,000 per year will see their taxes go up.”

Biden is proposing an increase in the marginal income tax rate, to 39.6% from 37%, for the top 1 percent of American income earners. He would increase capital gains and dividend tax rates for those earning over $1 million a year, and would eliminate a provision in the tax code that reduces capital gains on some inherited assets.

The administration also pointed to a recent study that showed the country’s top one percent fails to report 20% of their income. Under the American Families Plan, Biden would invest $80 billion in personnel and technology enhancements for the I.R.S. in hopes of netting $700 billion in additional revenues from high earners, wealthy individuals, and corporations that evade taxes.

Some outside experts are skeptical that the I.R.S. expansion will produce that much revenue, however. The wealthy are notoriously good at tax sheltering their assets and the tax code is notoriously filled with complicated ways for them to do so.

The Biden administration says the American Rescue Plan in combination with the American Families plan will help America compete with China and other countries.

“Together, these plans reinvest in the future of the American economy and American workers, and will help us out-compete China and other countries around the world,” a White House official said in a statement.

Will this strategy of raising taxes really help the economy recover from Covid-19 shut-downs? In spite of assurances from the Biden administration, there are concerns that taxes will go up exponentially, even on those making less than $400,000 per year, as large corporations find ways to pass along their new tax burdens to customers. States may also raise taxes in order to pay for free tuition, for example.

Over either of these instances, the Biden administration has little control, if any. This is no time to stall the economy. As always, if these plan don’t work, it will be the working class who suffer most and during a time when they can least afford it.

If this plan fails, the rising prices the poorest Americans are already seeing at the gas pump and on their energy bills may be the least of their worries.