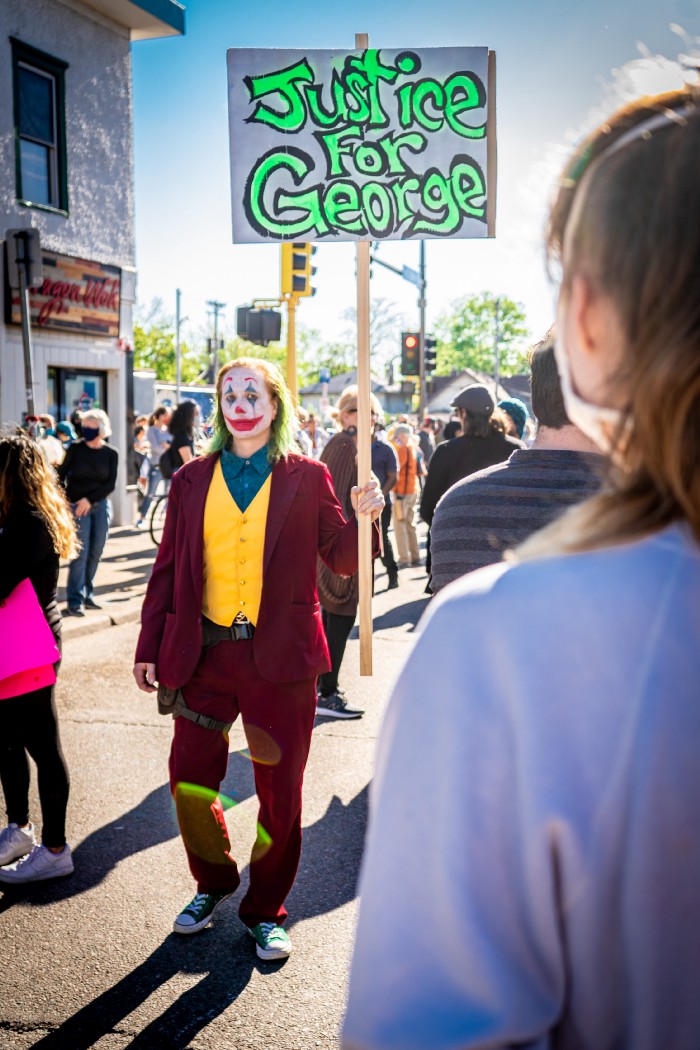 “I’m responsible,” the celebrity PSA went; as one film and television star after another declaimed most earnestly, gazing into the camera: “I’m responsible for systematic racism in America.”

The movie-star mea culpa meant well, but much like the cringeworthy “Imagine” video released in the early days of the pandemic, it was pilloried by media personalities and fans alike. The public statement was met with derision and mockery.

That performers, professional emoters, should come across as performing seemed a surprise to the wealthy, cosseted denizens of an industry which has perpetuated racism, sexism, and harmful stereotypes for over a generation.

While the message was certainly important, the sense was that it wasn’t being delivered by the right people, for the right reasons. People didn’t like it because the PSA seemed self-serving- more about making the participants feel good about themselves and less about making the world a better place.

While equally well-meaning, Princeton’s public admission in 2020 that the prestigious university still actively discriminates against minorities, just as it always has, fell just as flat. Worse, it gave the Trump administration an excuse to make an example out of Princeton with a Department of Education investigation.

Princeton, and its president, may have dodged the legal implications of that statement for now- the defeat of Donald Trump in November saw to that. But Princeton is still exposed to potential legal risk based on the president of Princeton’s open admission of racial discrimination.

Any minority student who has ever applied to Princeton and been denied may now have grounds to sue the school. By the public admission of it’s own highest officer, racial discrimination, which is against the law, is happening at Princeton.

What’s more, if President Biden’s new Secretary of Education doesn’t make a visible and concerted effort to bring Princeton’s self-confessed racial discrimination to an end, a litigious minority student, hereafter referred to as the plaintiff, would have grounds to sue the U.S. government as well, for having knowledge of racism perpetuated at Princeton and failing to prevent it.

And there’s the rub; Princeton, like many other Ivy League Universities, has a past that includes discriminating against minority, female, and economically disadvantaged students. The admission might help students of Princeton, and its faculty, feel the school is moving away from its discriminatory past- and possible, present.

But that isn’t all such a confession does.

By the same token, U.S. officials admitting to some of the past sins of the United States, often offhandedly and on social media, in an attempt to carry favor with an increasingly liberal press, may be setting the country up for failure on the world stage and frittering away U.S. influence even as they raise their own profile.

Though overdue in many ways, these admissions put the U.S. at a decided disadvantage on the world stage. What Princeton did was great, but notice no other major schools have been inspired to follow their example.

Which puts Princeton, for all its good intentions, at a terrible disadvantage.

Likewise, Chinese officials may well believe that Hong Kong has constitutional grounds to disagree with its treatment by Beijing. Representatives of the Chinese Communist Party may believe in their hearts that bringing Taiwan under the control of the Chinese government by force wouldn’t be worth the price China might pay on the world stage.

Top diplomats from the CCP might believe the Chinese government should officially admit to- and apologize for- the Tiananmen Square massacre, war crimes against Japan, decades of corporate espionage in the West and other crimes.

They don’t say so. They certainly don’t say so on Twitter for likes or to raise campaign funds. They may discuss these issues privately, even at the highest levels; but they do not air their grievances for other world leaders to scorn.

China is not following the example of U.S. officials in their mea maxima culpas for all America’s sins since its founding- in 1619. Other world leaders aren’t following suit, either. The progressive government of France recently refused, outright, to take responsibility for colonialism in Algeria.

It may not seem moral, but refusing to do so is certainly practical.

Since the mea culpas of U.S. officials, the U.S. foreign policy apparatus has been badly weakened.

As a result, the U.S. has little standing to criticize the Chinese Communist Party’s current treatment of Uyghur Muslims- treatment which amounts to human rights abuses bordering on ethnic cleansing.

Officials from the Chinese Communist Party laughed in the faces of U.S. officials when they mentioned it during a recent meeting in Alaska. Later, the CCP sold tee shirts emblazoned with some of the Chinese officials’ more pithy comebacks.

When top U.S. officials, at the highest levels of the U.S. government, have taken responsibility for the worst episodes in U.S. history- saying nothing whatsoever of the best- there is nothing left for the away team to do.

The home team is very helpfully beating itself.

Helpful to the Chinese Communist Party, that is, who can now invoke the “I know you are but what am I” defense, and a powerful nation like the U.S., one of the few world powers who might have been able to help the Uyghur, can do nothing.

Perhaps U.S. elected officials should be more careful. Leave the mea maxima culpas to the activist class, internal discussion, and diplomatically crafted statements. When an official mea culpa is in order, let it be in order, by all means- if carefully worded to preserve the ability for U.S. foreign policy experts to do their jobs effectively.

Unvarnished personal opinions, coming from official channels should not become de rigueur in politics. No good deed goes unpunished. Everything has consequences. The cost of such brutal honesty may be very high indeed.

In a perfect world, every current nation’s government- every university and industry- would conduct a searching, moral inventory and the leaders of each would, in turn, admit the sins of the past, express regret and atone.

In the real world, many of the leaders currently elected to the U.S. government have pursued a lifetime of public service precisely because they recognized inequities in our justice, social and political systems.

The pursuit of their whole lives has been an admission of this- in action. They ran for office- Joe Biden to advocate for working people in Delaware and Nancy Pelosi to fight the AIDS epidemic- to address these systemic injustices.

Their policy work is more important than performative self-blame. Hanging the sins of past generations around the necks of our current political leaders, the best and brightest this nation has to offer, would be an albatross of disservice.

In the end, it might perpetuate more injustice than it ends.