The conservative long-game involves a savior, just like the liberal short game. What if Mike Pence is the man who saves America from Donald Trump? 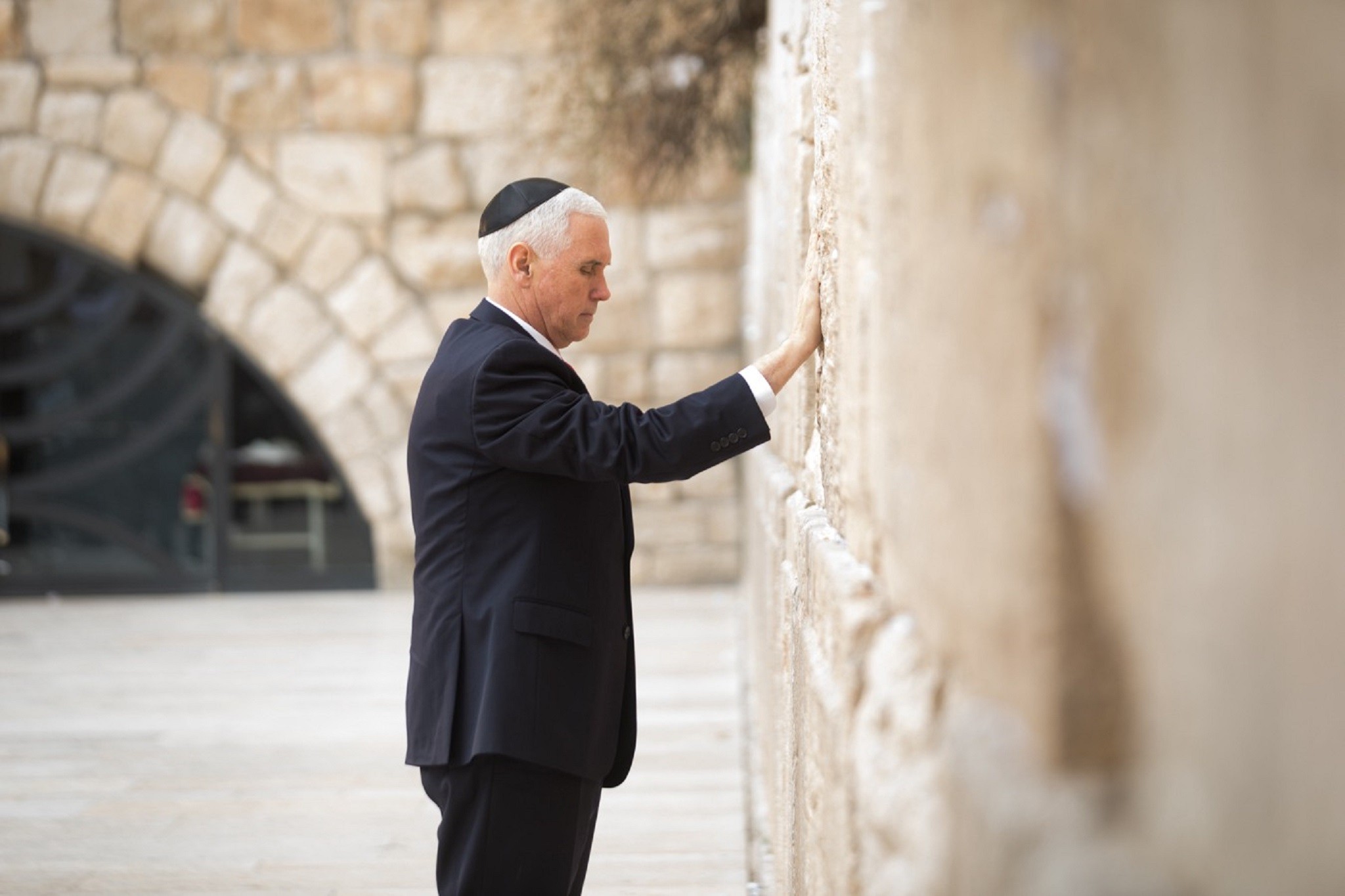 One thing is clear in the age of Donald Trump: Conservatives mean to have it both ways.

In the current and deeply strange political climate in which we find ourselves, the GOP wants Republican-proud members of the card-carrying deplorable class voting for the loudmouthed Donald Trump, sporting campaign tee-shirts emblazoned with the incendiary “Trump 2020: Fuck Your Feelings,” who treat a Trump rally like a monster truck derby or a WWE wrestling match.

They want spectacle, Trump delivers. They want rah-rah Americanism and someone who isn’t at all afraid to stand up to elitist limousine liberals who want to tell them what to do, how to do it, and that they are wrong no matter what they do anyway.

But the GOP also wants the evangelicals; the good Christian voters who homeschool their kids, don’t use or appreciate profanity, and would never so much as watch a monster truck derby on television (not that they have a television), let alone attend one in person.

The left has long attempted to understand how in the world someone like Donald Trump- a former Democrat, many times divorced, of no particular religious conviction, a bully and a philanderer- could possibly not only carry the evangelical vote, but energize that base.

For evangelicals, Trump is a means to an end. It may surprise liberals very much to hear it, but evangelicals consider Trump’s personal foibles no worse than those of other presidents in U.S. history. His are perhaps a bit more public, given the dearth of information available in the modern age and the media’s vitreous hatred of him.

But Trump is their lead blocker; their tough guy, their hired gun. Being squeaky clean isn’t in the job description: Trump’s the muscle.

Pence is the hustle.

President Donald Trump is the battle-hardened guide the missionaries hire to help them get the medicine through inhospitable terrain to to the village where it is desperately needed.

For American evangelicals, God is the medicine society so desperately needs and the only cure for everything that ails. Vice President Mike Pence is the man to deliver it.

Teflon Don is only the armored convoy that gets him there.

For evangelicals, they only have to put up with the Twitter musings and abusings of one Donald J. Trump for four more years. After that, he takes his poisonous past and checkered personal life and departs to the great former-Presidential library in the sky.

And it will have to be in the sky; New York City liberals would likely burn the Big Apple to the ground before they would permit even one brick of a Donald J. Trump Presidential Library, even a hypothesized imaginary one in an online article.

Not that evangelicals think Trump’s adultery, promiscuity and fornication; his shady business dealings; his massive ego and pomposity; even his bullying, are anything unique to him or new to the office. On the contrary.

Evangelicals learned about deviant sex acts they had never thought possible during the Clinton administration. Yes, the cigar, the blue dress, the mention of ‘Presidential Knee Pads’ and other revelations of Linda Tripp, Presidential pimp, shocked evangelicals that much. They weren’t just pretending shock and outrage.

Homeschool and no television, remember?

Evangelicals still remember the time Ted Kennedy killed a lady. They remember all the rumored excesses of the John F. Kennedy administration. Consider, this was during a time when showing two married persons sitting fully-clothed in the same bed was considered taboo; the Brady Bunch parents had all those kids…and twin beds.

The Christian devout in America survived the Bush years, which were war years; and the Obama administration, also war years. They’ve watched abortion, which they genuinely abhor, go from illegal, to the ‘safe, legal and rare’ days of the Clinton administration, to a widespread celebration on the left of free abortion, even in the third trimester, any time for any reason.

Just like environmentalists; eco-warriors don’t want to save the planet because they hate the economy and want to destroy it. They genuinely believe, and science bears them out, that human stewardship of the Earth is putting it at great peril.

Incidentally, science is also often missing, not from the pro-life argument, but from from the pro-choice position.

The science of human development has advanced fairly rapidly over the past three decades. Scientific data on when your life actually began is better than ever, and it certainly began long before the precise moment you switched from amniotic fluid to oxygen.

Liberals continue to ignore this argument- and others equally weighty, like legitimate objections to the wholesale abortion of babies with special needs, even the eugenic aspects of abortion- because it gives real credibility to the pro-life lobby.

Thing is, offering no logical reason whatsoever for the pro-life evangelical’s distaste for abortion, only that they “hate women”, makes evangelicals look like complete lunatics with no reasonable basis for their position.

Seeing people who disagree with you politically as insane makes it much easier to dismiss them, and their arguments. It doesn’t make them, or their arguments go away.

As Americans continue to become more liberal on virtually every other social issue, the pro-life movement continues to gain ground.

That this has happened on the watch of the reprobate Donald Trump- who has proven himself to be a true friend to evangelicals, not in word but in deed- comes as absolutely no surprise to U.S. evangelicals.

Evangelicals could easily explain their support for Donald Trump, if anyone on the left cared to ask.

The Lord works in mysterious ways.