Pelosi Bites the Dust on Impeachment

And Democrats in the presidential field aren’t doing much better. 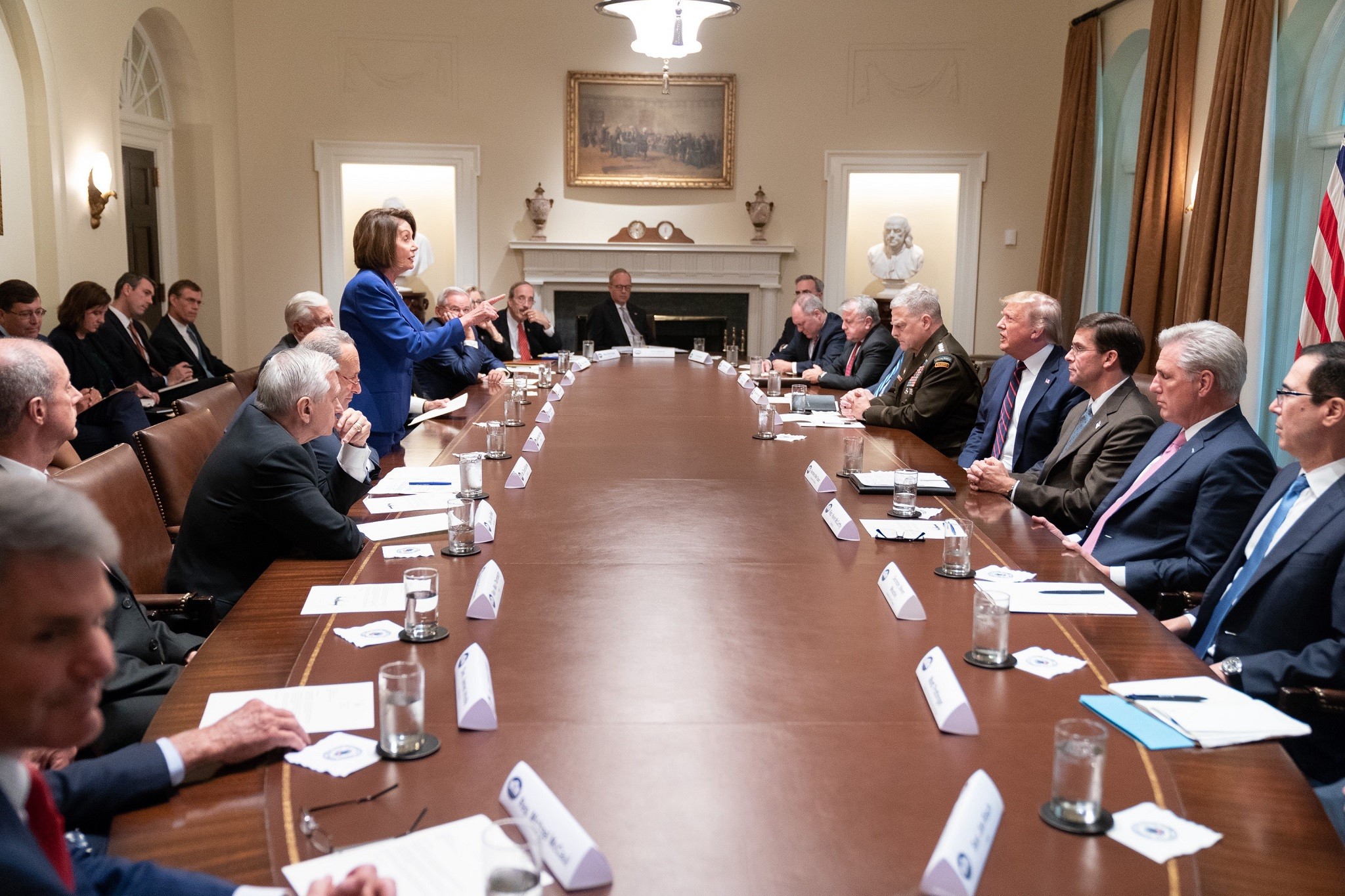 Democratic pundits believe Trump has already opened his Christmas gifts this year, along with his impeachment coal; a tentative preliminary trade agreement with China, the passage of the USMCA in the House, record low unemployment numbers and record high closings on Wall Street.

These things alone present Democratic presidential hopefuls with an uphill battle. Running against an incumbent when the U.S. economy is this strong inherently presents challenges. But Donald Trump isn’t your average incumbent president running on a strong economy.

Still, Trump’s approval ratings mirror those of former President Barack Obama at a similar point in his reelection campaign. And Trump is gaining ground in the wake of the House impeachment fiasco, which has obviously backfired on Democrats- leaving the party no wealthier, no more popular with swing voters and in no better election position for all their efforts.

A few months ago, the mainstream and left-leaning press was full of gloomy portends and dire predictions of an imminent recession: Fears, or perhaps fantasies, that have proven unfounded.

Today, you find even leftward-leaning publications like Vox publishing articles not only admitting the U.S. economy is doing fairly well- and for almost everyone- but encouraging Democratic candidates for president to do the same already.

Some on the left are perhaps rightfully concerned that a continual failure by Democratic candidates to discuss the economy, other than their ambitious plans to transform it, will hurt Democrats. In doing so, candidates may be making themselves seem out of touch and elitist.

“Do 2020 Democrats have a message on the economy? Do they need one?” Asks the Washington Post, un-ironically.

No, Democrats don’t seem to have a plan on how to talk about the strong economy, other than to ignore it.

“The wealthy, very wealthy are growing. Ordinary people are not growing. They are not happy with where they are. And that’s why we must change this presidency now.” — Former Vice President Joe Biden

Except Biden’s statement is in contrary to the numbers. For average American families, their income is higher than it has ever been. Poll after poll shows consumer confidence is very high and 76 percent of the public agrees that U.S. economic conditions are “somewhat good” or “very good”.

And Biden is hardly alone in his untenable position of stubbornly ignoring the elephant in the room; during Wednesday night’s Democratic debate, candidate after candidate stood up and denied the U.S. economy is benefitting working Americans.

Democrats simply can’t afford to refuse to discuss the economy and hope for the best.

Democratic pundits and economic prognosticators who vote Democrat might believe Trump’s economy has gone as high as it can go.

What if they’re wrong?

Republicans and conservative economists believe the USMCA, Trump’s renegotiated NAFTA, is going to give the U.S. economy a booster shot going into 2020. A potential easing of tariffs as the U.S. and China approach an understanding is also improving investor confidence in the market.

Critics of the President, and certainly those hoping to defeat him in 2020, decry the low unemployment numbers as a natural cap to short-term economic growth. But these critics vastly underestimate how creative companies and entrepreneurs can be when motivated by money.

Already, companies like Amazon and Bank of America have raised their minimum wage to $15 and $20 respectively and other companies are feeling to pressure to stay competitive in a tight labor market.

Other companies are getting even more creative. Failing to find enough qualified candidates to fill open positions, some companies are opting to train and educate potential employees themselves, even bearing the cost of program certifications. Once completed, trainees of these “on the job bootcamps” can double their salary.

Meanwhile in the House

In the House, Democrats led by impeachment-shy Speaker Nancy Pelosi are gambling their majority on the hopes that voters will be too stupid to notice that one of their impeachment articles, “obstruction of Congress”, isn’t even a real thing.

Presidents obstruct Congress all the time when they disagree about policy, which is pretty often. Mediating such disagreements is what the judiciary branch is for.

But instead of appealing to the courts, Pelosi has instead chosen to leave the onus for making House Democrat’s case against President Trump to the Republican controlled Senate.

Now, she is refusing to send the articles of impeachment to the Senate at all and complaining about the Senate not being impartial.

Of course the Senate isn’t an impartial; they aren’t a jury, but politicians. The majority of whom are Republicans; some of whom- Sens. Bernie Sanders, Elizabeth Warren, Cory Booker and Kamala Harris- are or were actually running against President Trump in the upcoming election, so can hardly be claimed by the left to be impartial, either.

These delaying tactics, of course, are not doing much to strengthen the Democrat’s case in the court of public opinion, nor are Democrats getting any traction in swing States with impeachment messaging.

Republicans and Donald Trump are having a field day.

“This whole thing is bizarre. House Dems pushed through the fastest, weakest impeachment in history. Now Pelosi refuses to send it to the Senate, arguing McConnell should strengthen her shoddy case & bring “fairness” to her utterly unfair process. Bizarre and reeks of politics.” — Rep. Dan Crenshaw (R-TX)

What kind of message is House Speaker Nancy Pelosi sending? One moment, she declares Trump an existential threat to American Democracy and our sacrosanct process of Democratic elections. The next moment, she takes a Holiday, dismissing the House without sending the articles of impeachment to the Senate.

The last time the House dealt with impeachment, once the then Republican-controlled House voted in the Clinton impeachment articles, the Democrat-controlled Senate received the articles via courier within hours.

The longer House Democrats and Nancy Pelosi try to drag these proceedings out, the weaker the case against Donald Trump looks. The more cloudy Democrats make their efforts, the more even those on the left become convinced this is a matter for the voters to decide at the ballot box in November.