If Trump wins re-election, it will be because he is running a smarter campaign, raising more money, and reaching more voters than Democrats. 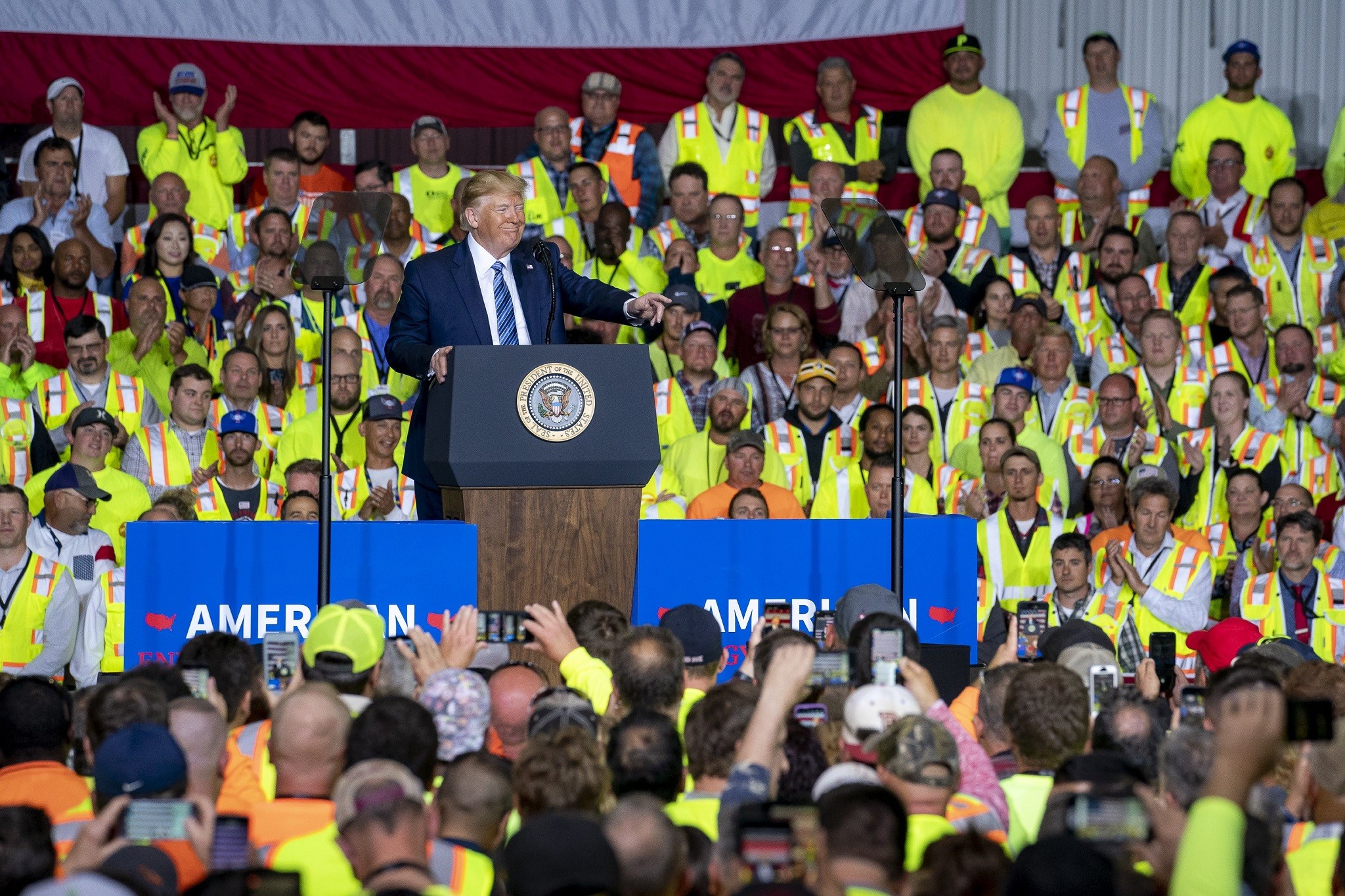 Quick question: Who is currently utilizing all the winning strategies used by the previous two U.S. Presidents to win re-election- George W. Bush and Barack Obama- to forge a path to the White House in 2020?

If Democrats don’t like that answer, and many Democrats won’t, they should look to their party leadership and demand accountability.

If Trump wins re-election it will be because Democrats have squandered every opportunity they’ve had yet to beat him.

If Trump wins, which is looking increasingly likely by the day, good old fashioned smart campaigning combined with cutting-edge technology will be behind it.

Democrats should look long and hard: The Trump campaign is winning. And it isn’t doing anything that Democrats can’t or shouldn’t be doing.

Democrats- in spite of Michael Bloomberg’s recent blitz of television ad buys and a $73 million dollar donation by wealthy Democratic donors to help ‘close the gap’- are light-years behind.

“Democrats are so far behind at a state-level organization, they’ll never catch up this election…even with all the outside money pouring in. You can’t build a two-million-person-strong volunteer base that’s well-versed on the apps and the technology and do the door-knocking in a month.”

“If you’re not in the states now, grooming those volunteers and engaging them and training them, it doesn’t just happen.”— Republican National Committee chair, Ronna McDaniel

Meanwhile, U.S. liberals and the DNC should be spending less time congratulating themselves on winning over suburban women who bristle at Trump’s vulgarity and more time examining what just happened with Boris Johnson across the pond.

“The Tories triumph also shows something else: that a profound realignment in British politics has taken place. Mr. Johnson’s victory saw the Conservatives taking territory that Labour had held for nearly a century.”

“The party of the rich buried Labour under the votes of working-class northerners and Midlanders.” — The Economist. December 13, 2019

“Victory for Boris Johnson’s all-new Tories: The Conservatives’ capture of the north points to a realignment in British politics. Will it last?” The Economist’s final question should really have been a statement.

Democrats in the U.S. must urgently come to a stark realization- three years ago would have been the best time. Now is the next best.

In the U.S. a seismic demographic shift has already been underway for quite some time. It doesn’t have much to do with the current identity politics issues that so obsess white liberals. It is much older, ancient split, a many-headed hydra that has been parasitical to humankind for millennia, a fissure every reformer from Martin Luther to Martin Luther King Jr. understood too well.

The divide between the haves and the have-nots.

Democrats, it might surprise some currently registered voters to know, now control 27 of the wealthiest districts in the country; Republicans control only three of them. This is a substantial shift from only a decade ago.

Conversely, the party that claims to be the champion of the working class, the underdog, the wage-earner now shares equally with Republicans the 30 poorest districts in the country. This too is a radical shift.

Currently, moderate Democrats are being taken to task by left-leaning media outlets on their reluctance to climb on board the Green New Deal.

That these publications seem genuinely mystified as to why any Democrat would oppose the Green New Deal, or programs like it, demonstrates how deeply indifferent Democrats and their Democratic water-carriers in the press have become to boring working class needs that never change- like cheap energy, affordable fuel and well-paying jobs.

Of course no moderate Democrat wants to go on the record for anything that involves raising taxes and killing jobs for working class people.

Anyone wanting proof of how much today’s Democratic Party has strayed from its working class values of yesteryear need look no further past Donald Trump’s poll numbers in swing states and Rust Belt states that heretofore have been strictly part of the Blue Wall.

Which is why no Democrat is particularly happy at the moment. Not the voters, who aren’t collectively happy with any Democratic contender currently in the field, aren’t happy with the four top candidates being white, and aren’t much happier with the remaining Democratic candidates of color in the race.

The chair of the Democratic National Committee isn’t happy. He knows no one else is happy, either. People aren’t happy with the Democratic nomination process, the candidates, elected Democrats or anything else Democrats have managed to accomplish in the last three years.

This is no time for Democratic overconfidence about Trump ‘self-impeaching’. No time for smug satisfaction that this particular President’s place in history will be dogeared by House Democrats nobly going on the record against him without any hope of removing him from office.

Not with the economy buzzing on Trump’s watch, Stock Market closings climbing higher, a preliminary trade deal with China looking likely and the USMCA on-track to pass before the end of the year.

Unless elected and campaigning Democrats start to pay attention to the needs of working class voters- of every skin color, sexual orientation, and religious affiliation- they are facing the kind of losses experienced by Jeremy Corbyn’s Labour Party.

And Democrats will have no one to blame but themselves.