Our Country, Right or Wrong

The words of Woodrow Wilson as he addressed the nation on July 4, 1914 are more important than ever in the age of Donald Trump. 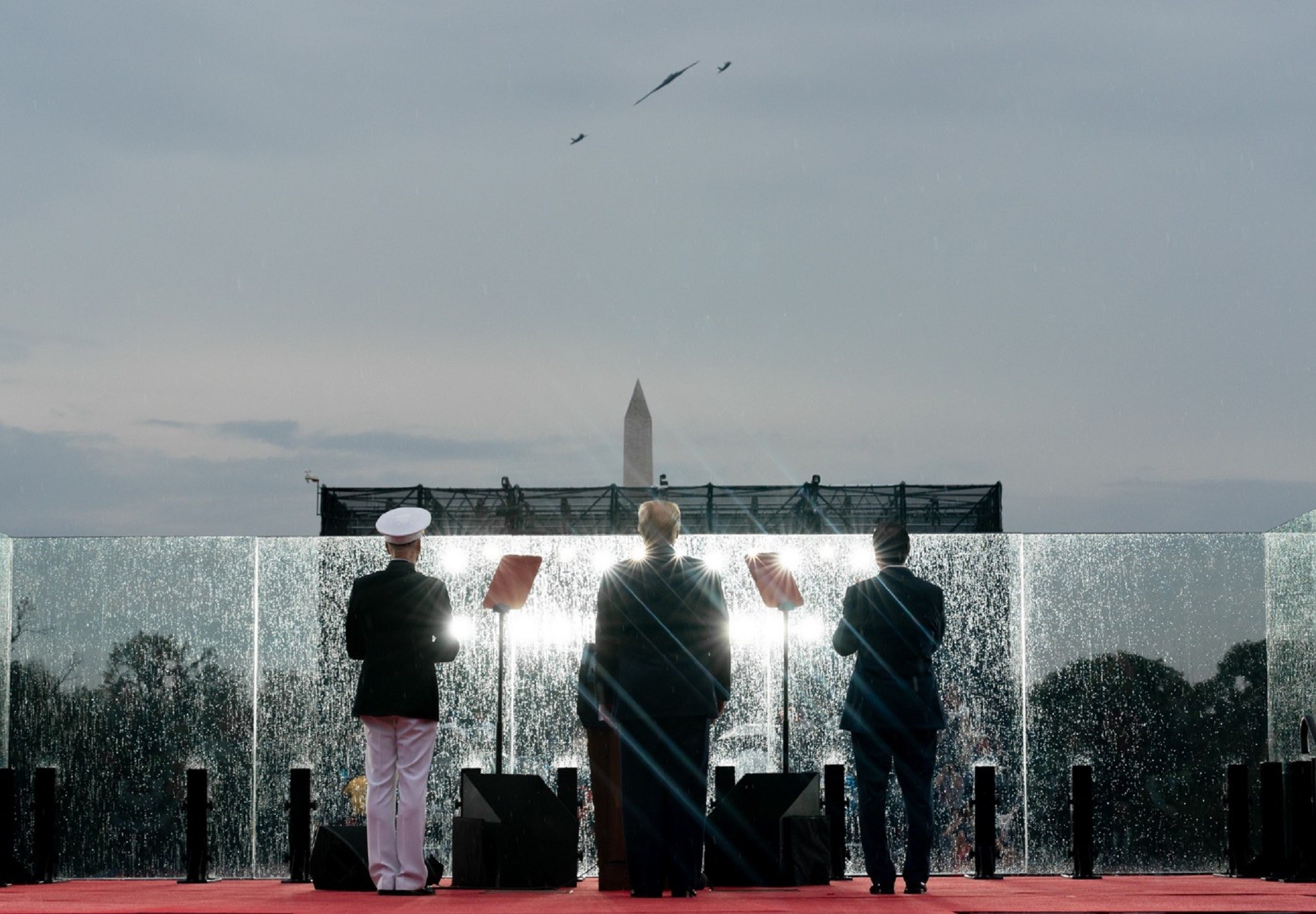 President Donald J. Trump, joined by the Chairman of Joint Chiefs of Staff General Joseph Dunford and Acting Secretary of Defense Mark T. Esper, watches an aircraft flyover during his remarks at the Salute to America event Thursday, July 4, 2019, at the Lincoln Memorial in Washington, D.C. (Official White House Photo by Andrea Hanks)

Though life in the U.S. is far from perfect, a Gallup poll recently found that 150 million people, 1 in every 25 adults on the planet, who would immigrate to the U.S. if they could. More than any other place on Earth, people want to live in America.

The progressive left’s recent bent of anti-Americanism, or anti-American imperialism, is proving a fertile fundraising ground for Donald Trump. While his many critics in office and in the press were quick to condemn his Independence Day celebration, his base was thrilled.

Some U.S. Presidents have celebrated Independence Day more raucously than others, and most Presidents have varied their approach to the festivities from year to year during their time in office. Trump’s actions weren’t that outside the norm.

The White House holiday in recent years has been more focused on honoring U.S. military service members. But it isn’t like America doesn’t have anything to celebrate. And, for a change, it has nothing to do with war or warmongering.

The June jobs report rebounded spectacularly from fears of an economic slowdown following a less-than-stellar, but still ok, jobs report from May.

Though the media predicted Trump’s “Salute to America” would draw only a tiny crowd to the National Mall on Thursday, it apparently underestimated the patriotic feelings of Americans and/or the number of Trump supporters in the D.C. metro area. 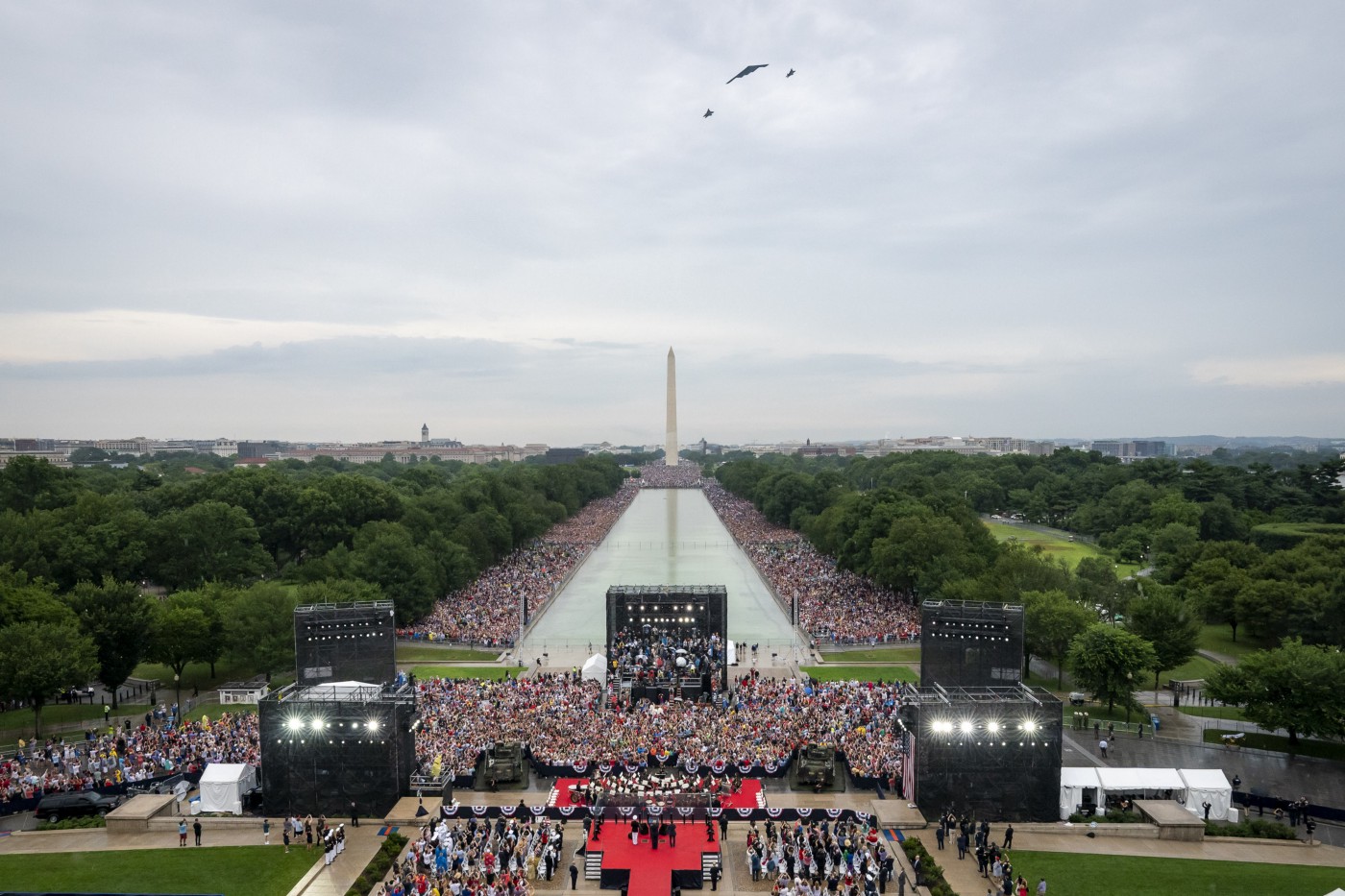 Trump, always the master of the red herring, was careful to include one glaring, easily disproven ‘misstatement’ about the forced closing of airports during the Revolutionary War. Predictably, Trump critics in the press and on social media fell upon the mistake like ravening fiends.

Which of course, is fine with Trump. Every moment his opponents spend smugly gloating about how stupid he is, is one less moment they spend wondering what Brad Pascale is doing.

The controversy over Nike’s recall of shoes bearing the Betsy Ross flag is just a tempest in a teapot. The most vocal defenders of the Betsy Ross Flag likely wouldn’t have known the flag, or what it originally stood for, from Willie Nelson’s bandana. On the other hand, one also doubts that critics of Betsy Ross flag knew, before the Nike recall kerfuffle and Colin Kapernick’s official word on the subject, that the Betsy Ross flag had been co-opted by white supremest groups on the internet.

Trump’s critics were also wrong when they suggested Trump he would use the opportunity to push his political agenda in a reelection season that already shows him underwater at the polls and trialing his closest Democratic competitors by a wide margin.

Instead, Trump kept things a general celebration of America, which is as political as he needed to go. Anything else would have been overkill, and unnecessary.

The reaction of Democrats and the progressive left to his “Salute to America,” did more to mobilize and motivate his voting base than anything Trump could have said in criticism of his opponents.