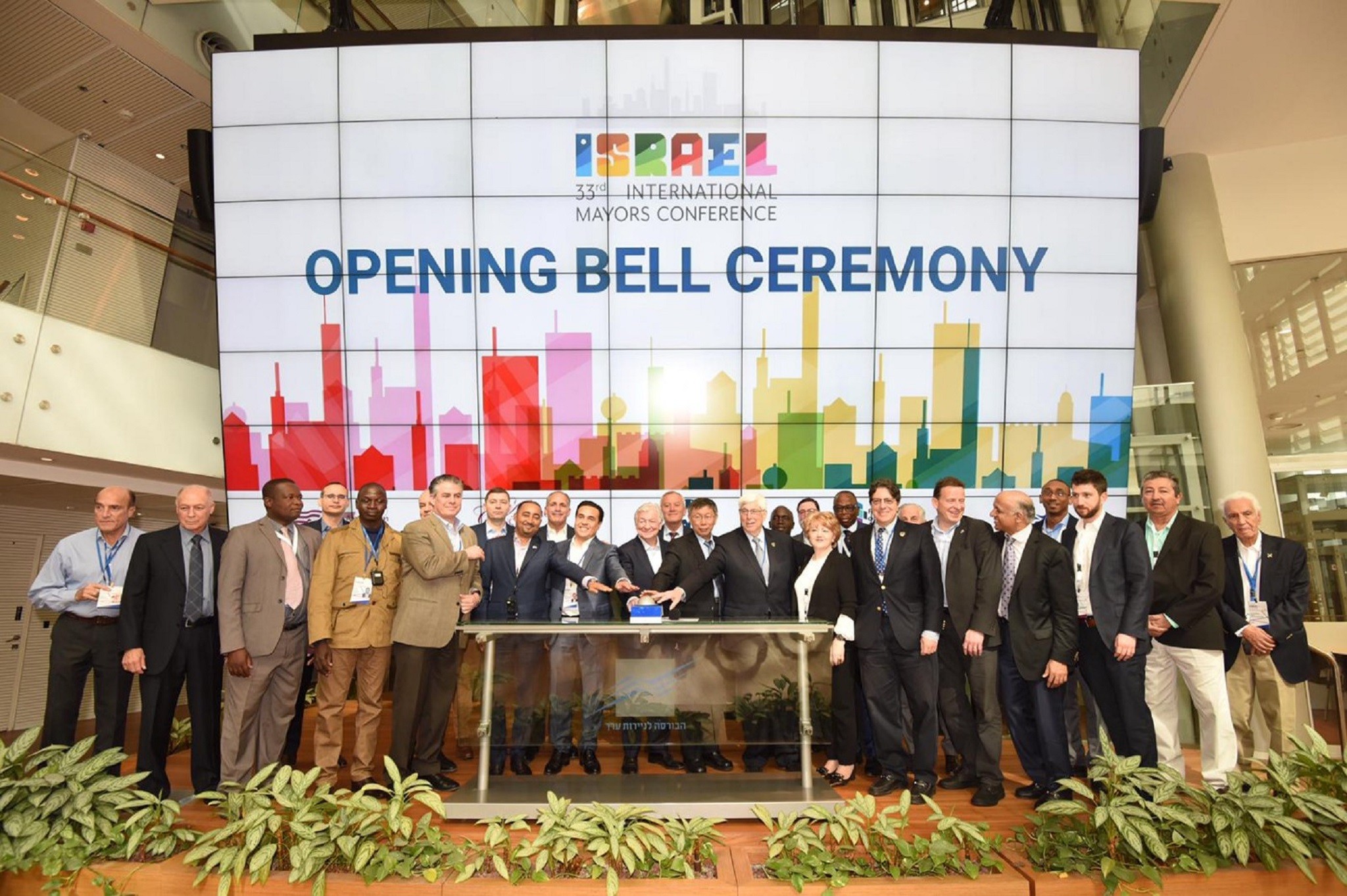 To the stars in difficulty.

That’s right: In mankind’s great space race, the tiny, start-up upstart, the immensely old and very young nation of Israel is joining megapowers like the U.S., China, and Russia.

It was an exciting time to be in the Eternal City, as members of the International Mayors Conference visited Jerusalem and Tel Aviv; exploring the cities, experiencing the rich culture and vibrantly diverse people, learning about a cutting-edge frontier of technology that can help make cities smarter, safer and more sustainable. 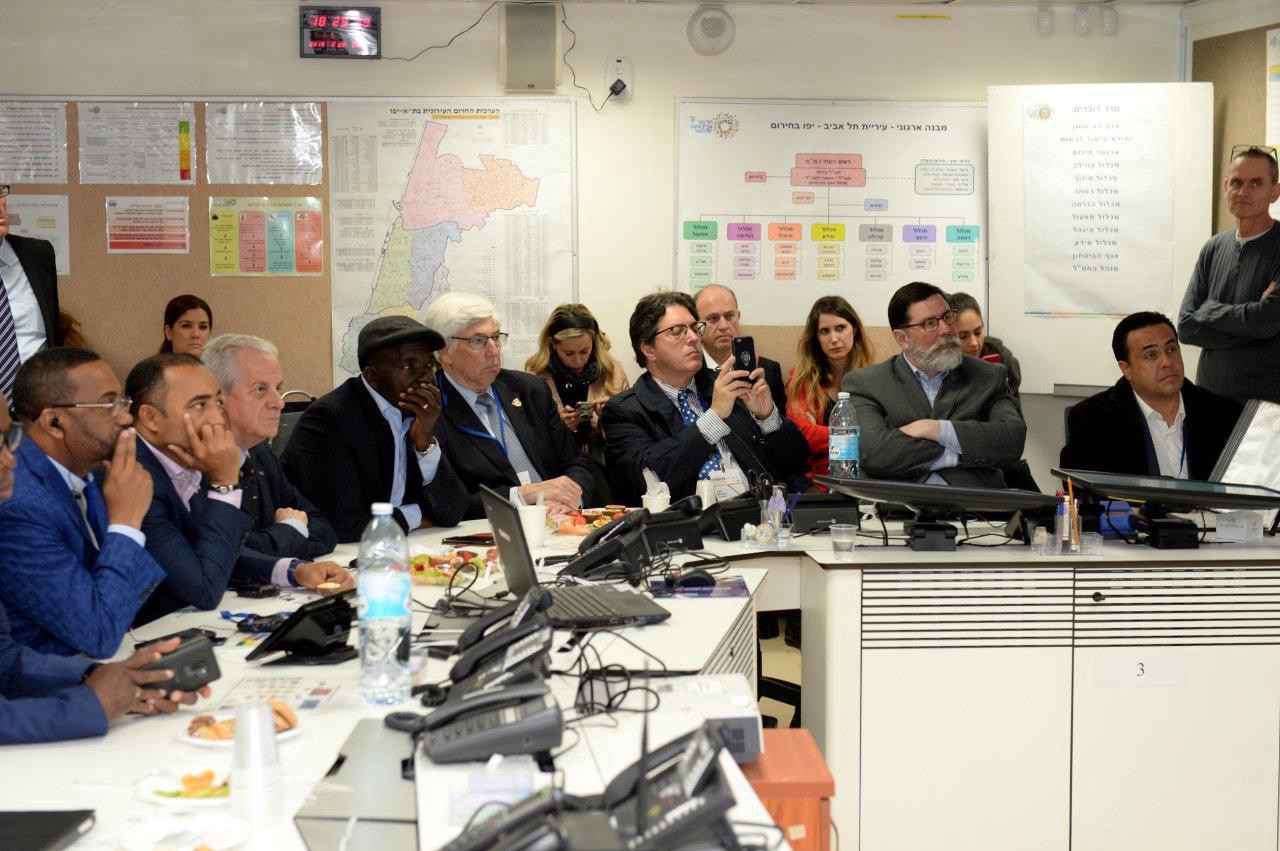 Participants in the International Mayors Conference leave with meaningful connections to other city leaders in far flung places all over the world. They take back to their communities new strategies for dealing with old problems.

The mayors also leave with a better understanding of the challenges faced by cities in Israel and a deeper, more personal connection to the Israeli people.

And possibly, an improved willingness to support Israel’s right to exist.

A Campaign for Hearts and Minds

The peaceful mission of economic diplomacy has been quietly going on in Israel for decades.

The International Mayors Conference is one such effort now in its fourth decade; a long campaign of building cooperation, fostering economic relationships and improving Israel’s connections with other countries, sponsored by the American Jewish Congress and the American Council for World Jewry.

The work is important: Israel needs friends. And peace-loving, law-abiding people of every faith, everywhere, need Israel, whether they know it or not.

The work hasn’t been easy. But even the most pessimistic champions of the Israeli cause must be starting to see light at the end of the tunnel.

Getting on the Bandwagon

There has never been a better time to support Israel.

With the strong signal sent by U.S. President Donald Trump in moving the U.S Embassy to Jerusalem last year, more countries are likely to follow in making their private support more public.

Other Latin American nations, who have long failed to support Israel, have been softening. Perhaps in an effort to improve trade relationships with the U.S., several important nations in Latin America chose solidarity with the U.S. and Israel in failing to vote to condemn the move of the U.S. embassy to Jerusalem.

Notable among them, joining U.S. allies Canada and Australia, were Mexico and Argentina.

Even Middle-Eastern nations deeply at odds with Israel, nations that challenge Israel’s right to exist at all, are softening, it would seem. They are allowing, only recently and for the first time, official representatives from their governments, acting in an official capacity, to openly attend meetings that also include Israeli officials.

Israeli Prime Minister Benjamin Netanyahu hailed the recently held Ministerial to Promote a Future of Peace and Security in the Middle East in Warsaw as a “historic turning point,” because he was in the same room with foreign ministers of 10 Arab countries.

In fact, several recent meetings of world powers have included strong signals of seismic policy shifts in the way some countries feel about Israel.

What Time Has Told About Iran

While some countries may always be sympathetic to Palestinian interests, the looming threat of Iran, and its incumbent state-sponsored terror and nuclear ambitions, is proving a greater threat than Israel.

At the Poland Ministerial in February, an official from Bahrain admitted as much to a room of 60 officials from other countries, in an audio recording later leaked by Israeli Prime Minister Netanyahu’s office.

“We grew up talking about the Israel-Palestine issue as the most important issue that has to be solved, one way or another. But then, at a later stage, we saw a bigger challenge, we saw a more toxic one — in fact, the most toxic one in our history — that came from the Islamic Republic [of Iran].”

“If it wasn’t for Iran’s regional aggression, we would have been much closer today in solving this issue with Israel.” — Bahraini Foreign Minister Khalid bin Ahmed Al Khalifa

Khalifa wasn’t alone in his sentiments about the threat of Iran.

“Building ballistic missiles and giving them to terrorist organizations is unacceptable and there are resolutions that say Iran should be punished for that. Who is supporting Hamas and Islamic Jihad, and undercutting the Palestinian Authority? Iran.” — Saudi Minister of State for Foreign Affairs Adel al-Jubeir

“An Israeli prime minister and the foreign ministers of the leading Arab countries stood together and spoke with unusual force, clarity and unity against the common threat of the Iranian regime.” — Israeli PM Netanyahu

The International Mayors Conference is making a difference, and inspiring others to do the same.

The group plans to meet yearly in a different location to discuss ways to combat violence, extremism, and hatred in their respective cities and communities.

“What connects us is not our religion or nationality, but the fact that we have zero tolerance for hatred and violence, and it is our duty to end the intentional violence against our residents, and work to improve their lives regardless of their religion or nationality.” — Haim Bibas, chairman of the Federation of Local Authorities in Israel and the Mayor of Modi`in-Maccabim-Reut. 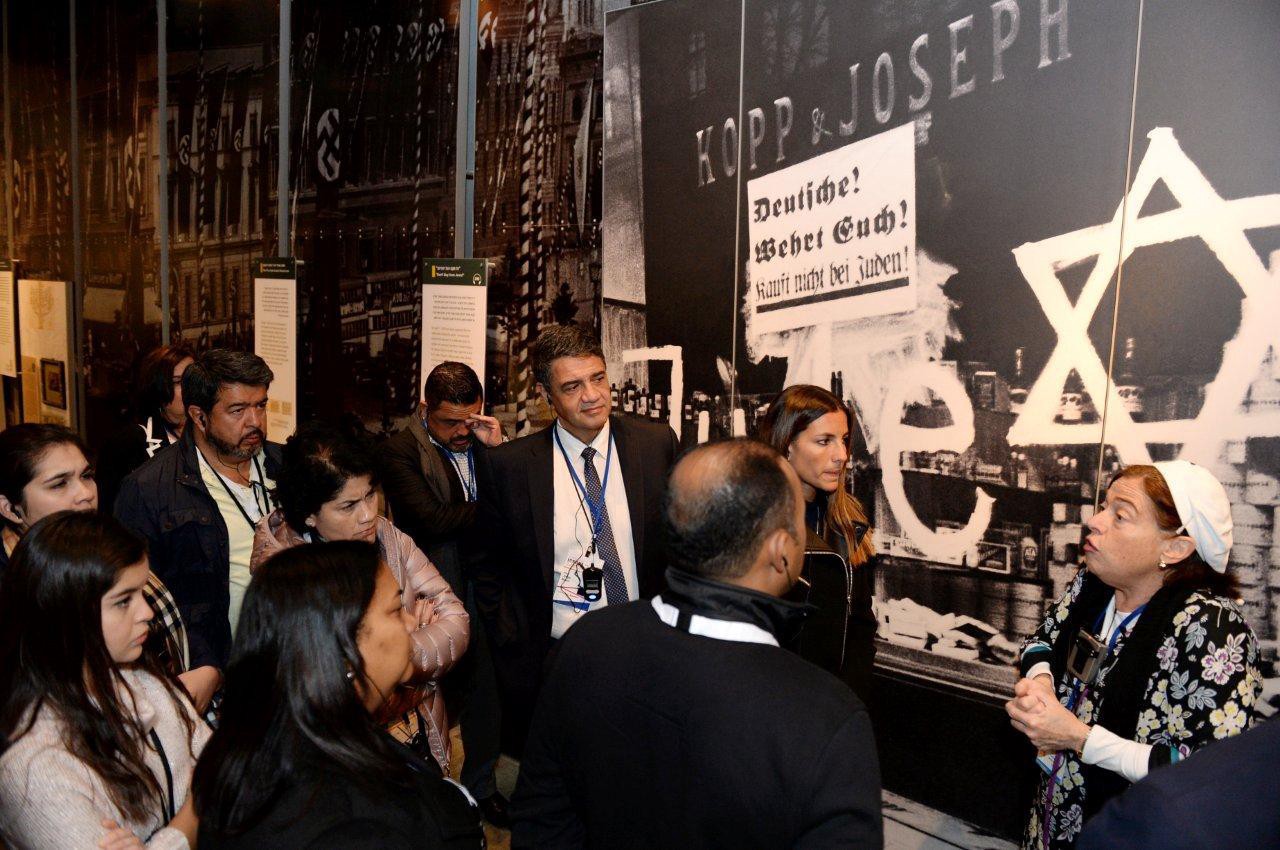 As this week’s 33rd annual International Mayors Conference concludes, mayors from cities in 26 countries will leave Israel with new tech ideas to improve life in their cities, new connections, and a deeper relationship with Israel.

The American Jewish Congress and American Council for World Jewry sponsored event, presided over by inveterate Jewish luminary Jack Rosen, is special to its organizers, and its participants.

The mayors are wowed by what they find in Jerusalem and Tel Aviv; by the people, the diverse culture and the cottage industry of genius tech, sprung from the necessity of keeping Israeli people safe from near constant threats.

Perhaps the greatest sign that initiatives like the International Mayors Conference are working, is the increasing efforts of anti-Israel groups to stop what they call ‘normalization’; that is, the widespread and mainstream recognition of Israel as a sovereign nation.

Perhaps normalization is the right word:

There is nothing more normal than the nation of Israel taking its rightful place on the world stage.

And on the moon.