Trump put the focus on Baltimore. City officials may soon wish he hadn’t. 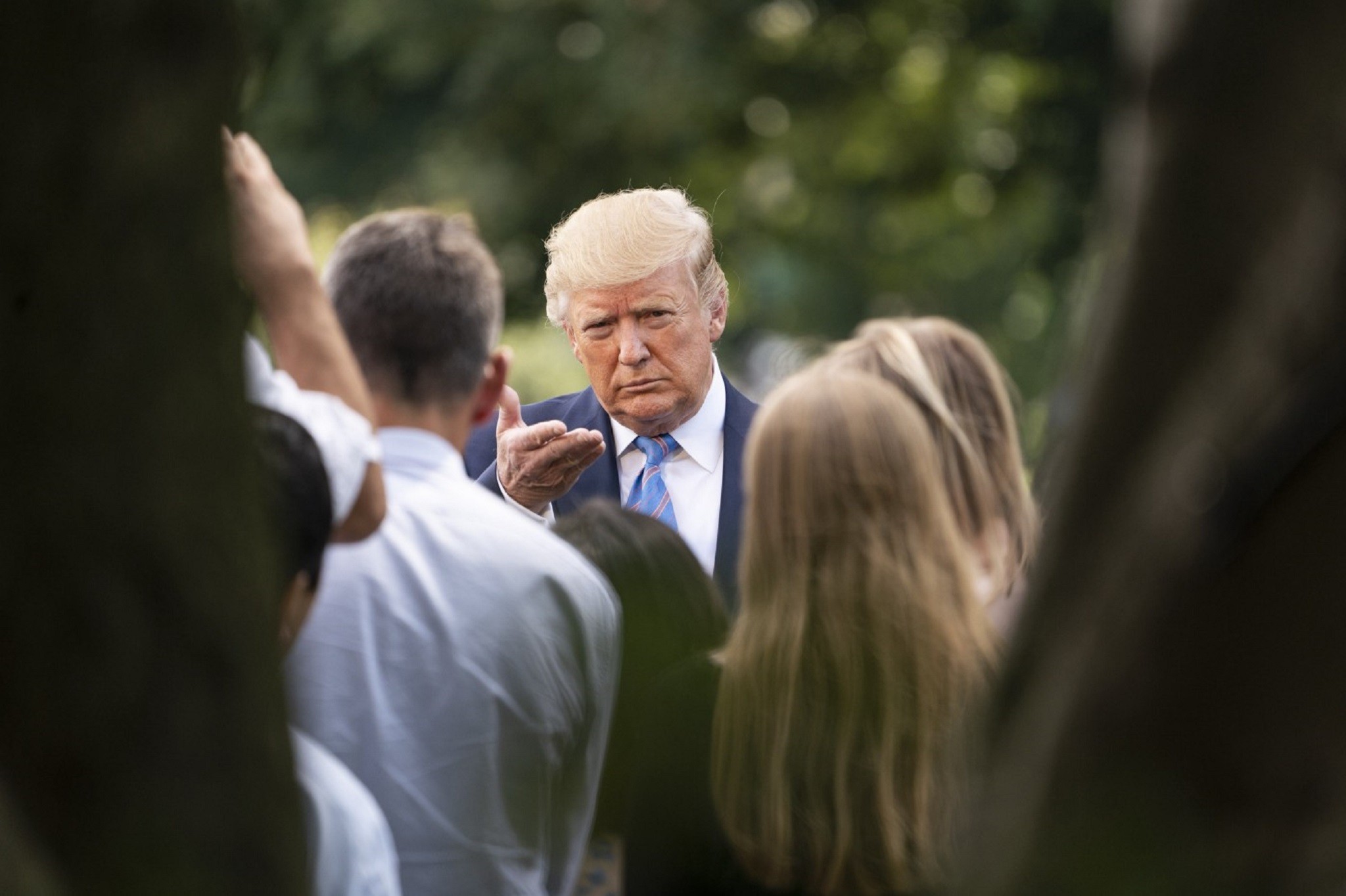 President Donald J. Trump speaks with reporters on the South Lawn driveway of the White House Friday, Aug. 2, 2019, prior to boarding Marine One to begin his weekend trip to Bedminster, N.J. (Official White House Photo by Joyce N. Boghosian)

The Great and Powerful Ugh

By hook or by crook, whether by luck of the draw, or by grand design, Trump occasionally gets it right.

Even his toughest critics must admit, during the darkest watches of the night and if only to themselves, that not absolutely everything the man has ever said or done as President of the United States has been dead wrong.

Trump certainly gives the fact-checkers in the media something to do, providing gainful employment to many in an industry plagued of late by layoffs, staff cuts and revenue losses. Ratings have certainly crumbled in the wake of the Russian collusion money train derailing. Viewers, even hardcore progressive liberal viewers, are starting to change the channel as impeachment looks more and more unlikely.

Luckily for those in the press who earn their bread and salt lampooning Trump, he continues to deliver the odd outrageous statement and offhand Twitter cannonball with the steady predictability of Old Faithful. You may not be able to predict what he might say, but you can predict with certainly that he will say something bound to prove controversial.

The press falls upon these statements in a similarly predictable fashion. Some even seem to know Trump is trolling them, yet they still can’t help but respond to every red herring he throws them.

Only sometimes something funny happens on the way to disparaging, discrediting and denouncing Trump. Attempts to debunk his statements, which usually take the form of attacks against people who criticize him…fail.

In April, when Trump called into question the running of Puerto Rico in the wake of Hurricane Maria in September of 2017, the media seethed in fury at what they construed as racist, unwarranted, and false attack against innocent and bewildered government officials.

Months later, with no mention of the vindication to President Trump, the extent of the graft, corruption, and inaction of the Puerto Rican government is revealed to mass protests and resignations at the highest level.

After a series of devastating wildfires raged across California in November, Trump’s critiques of California’s forest management programs and his suggestion that they played a role in the crisis hit the press like a lead balloon. How dare he say such things when people’s homes and livelihoods had been destroyed?

Months later, it is revealed to little or no fanfare, that California forest management was partially responsible for the blaze that burned out of control, from no less an authority than the California itself.

Likewise, Trump’s comments about Baltimore, while not at all singular, caused quite an uproar when they hit Twitter in July.

Donald Trump wasn’t the first to notice that Baltimore, in comparison with other cities of similar geographic size and population, doesn’t measure up economically for its residents as well as it should. Baltimore, in spite of the improving overall U.S. economy remains behind, in a slump.

Laying aside any presumption to mind-reading about Trump’s true motives for his statements, and any crystal-ball gazing into what racist sentiments may lay at the heart of the man, his statements about Baltimore were true.

Some parts of the city are blighted by crime, trash, and yes, rats. Worse, some parts of city are beleaguered by generational poverty. Why?

Trump’s critics, always loud and proud in their denouncements of him, were quick to accuse Trump of racism, yes, but also of judging Baltimore by its cover. When we all know it is what’s inside that truly matters.

And what’s inside Baltimore city leadership is graft at worst, gross negligence at best. No one person, or political party, killed Baltimore’s prospects, but one person may have inadvertently used his power to bring Baltimore back to life.

Maybe now that residents know how hard their federal government is working for them, and how poorly their state and local governments are at distributing vast amounts of federal aid, something will change.

Perhaps at the voting booth in 2020, but perhaps sooner.

Possibly in an attempt to prove just how wrong Trump is about the great city of Baltimore, the press has opened up investigations into the accounting records, payrolls, and taxes of the city government. Everything that could be obtained under the Freedom of Information Act, bless it, has been obtained by Forbes and auditors at OpenTheBooks.com.

The results are staggering. For citizens of the city of Baltimore, the numbers represent nothing more or less than a complete failure by the city government to properly distribute the ample federal funds earmarked to help the people who need it most in Baltimore.

The phrase “drowning in taxpayer dollars,” was used in the report.

And not a drop to drink for Baltimore residents.

A close examination of city records reveal that Baltimore’s glut of public employees, about 30,000 in total, cost taxpayers over $2 billion.

With the amount of federal funding it received, Baltimore should have been able to help each and every family of four to the tune of $7,000 between 2015–2018. For comparison, a similar examination in 2016 found an average of yearly federal aid per resident in Baltimore of $573; Detroit $372; Nashville $353; Oklahoma City $201.

With 13,522 people on the payroll, Baltimore has almost twice as many city employees as Detroit (7,100) and Milwaukee (7,871) though both cities are similar in size and population.

Trump said nothing about the good people of Baltimore. It isn’t their fault that Baltimore is so poorly run.

Perhaps the best thing to come out of Trump’s comments about Baltimore won’t even happen in Baltimore, though volunteers cleaned up 12 tons of trash over the weekend.

It is well past time the people demanded more accountability from their elected officials. Welcome to the Information Age.

Just wait until the citizenry of California finds out just how much some of the city and state bureaucrats are getting paid on their highly-taxed dime.