On the Origins of the Modern U.S. President 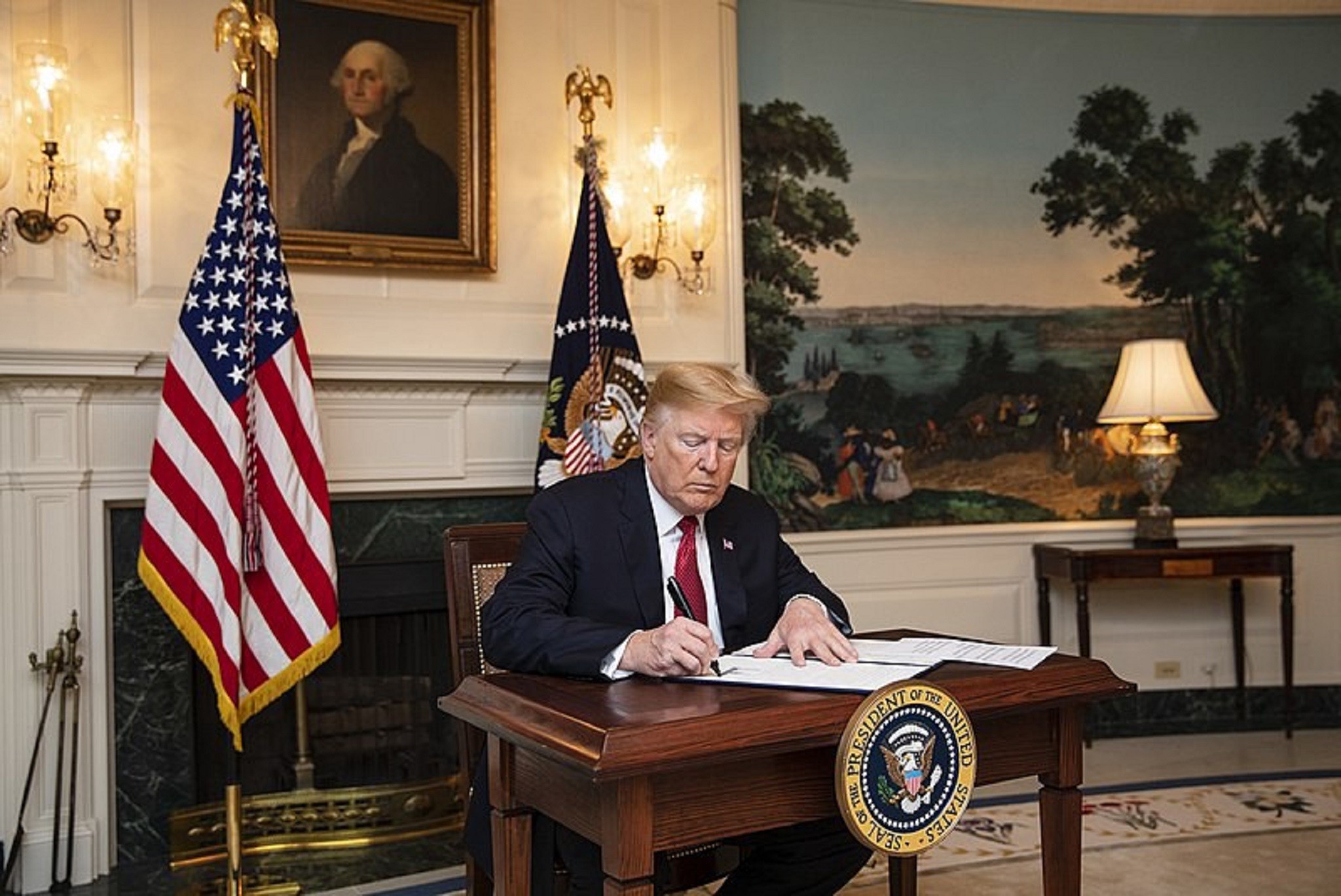 President Donald J. Trump signs an Immigration Proclamation declaring that migrants seeking asylum along the southern border must present themselves lawfully at a port of entry Friday, Nov. 9, 2018, in the Diplomatic Reception Room of the White House. (Official White House Photo by Joyce N. Boghosian)

He read from a teleprompter what was obviously a professionally-written speech. He sounded, relatively, Presidential. A step forward.

He is learning on the job.

He also used anecdotal evidence, a step backward, but great news for anyone who spent 2018 desperately wishing that the left-leaning in the press, and on their social media feeds, would please learn what anecdotal evidence is and stop using it.

Getting it Right Gradually

It’s a hard job, and Trump seems to be getting better at it.

Any photo comparison of a U.S. President before and after office will tell you, being President is the most stressful job in America. How Stressful Is the Presidency? Look no further than the graying of the First Coiffe. Being president is bad for your health, .

A modern U.S. President is facing things Thomas Jefferson never dreamed of, and Thomas Jefferson was so sure that a United States of America would eventually encompass so much, he insisted that the Library of Congress accept even his books on raising sheep.

Lawmakers, he argued, might someday need to know about everything.

Global trade and international trade agreements aren’t all that newfangled, even if both have radically grown in size and scope over 44 presidential terms.

Brand management, image, reputation, self-promotion, marketing, spin, public perception; these things aren’t exactly new, but they are newly relevant in the world of 2019.

Because the internet is new. Social media, and the power of it, is brand new. How should a sitting U.S. President use it? How does it and will it effect the Oval Office, the U.S. electorate, lawmakers and policy decisions?

No books about that yet, Thomas Jefferson.

So, in the absence of learning from a book, or learning by example, Trump has to rely on two tried and true learning methods. Which, unfortunately for all of us in 2019, involve failing a lot, and in public.

It’s not always fun, it’s rarely pretty, it’s few people’s favorite way to learn, but trial and error works if you work it, after a fashion. No one likes it because it involves making mistakes, gaffes, errors, slips, falls, pain, suffering; but if you are blazing a trail, it’s essential and unavoidable.

Only in 2019, all your Presidential failings and failures will be made public. Televised. Instantly and in perpetuity.

Good Advice and When Not to Take It

The other tool any savvy trail-blazer learning on the hardest job in America might use, is good advice from the best experts they can find.

Who are the best experts, you might ask? Who knows.

You could put ten economic experts in a room together and they wouldn’t be able to decide who the ten best economic experts are. Even then, the pros get it wrong sometimes. Ten U.S. military experts would likely prove the same.

Captaining a Ship Through the Perfect Storm

At least Trump seems to understand that he is steering this ship through a perpetual, unleashing-the-bag-of-adverse winds level perfect storm:

An equally divided nation, strangely and for the first time connected into one enormous community; a left-leaning media-entertainment complex with an unprecedented and uncheckable level of influence on public consciousness; an economy being gradually but inexorably reshaped by the internet and the global marketplace.

When you are captaining a ship through a storm like that, the opinions and advice of people safe on shore aren’t important.

A Ship Can Only Sail in One Direction

In a storm like that, any crew member not on board is lost. Swept away, as every single person on board will be if the crew doesn't work together to sail the ship in the direction the captain has chosen.

Trade is More Profitable than War

One direction Trump seems determined to steer clear of, is war.

In 2017, the press was calling him sinister for having so many Generals in the cabinet. In December 2018 the press lost its mind when one of those Generals left because he didn’t want to end U.S. involvement in an overseas conflict.

The General the press dubbed “Mad Dog” who is on record threatening to kill someone. He is an expert, but he is an expert on waging war.

The ship can’t try to sail toward peaceful trade and war at the same time, or the ship sinks. It can’t go in two directions. So “Mad Dog” goes, or the ship goes down.

Trump made the right decision. And the international community seems to largely agree with him.

But how can a modern President, with little and eroding control over their public image and no support from the mainstream media, manage to get credit where credit is due? 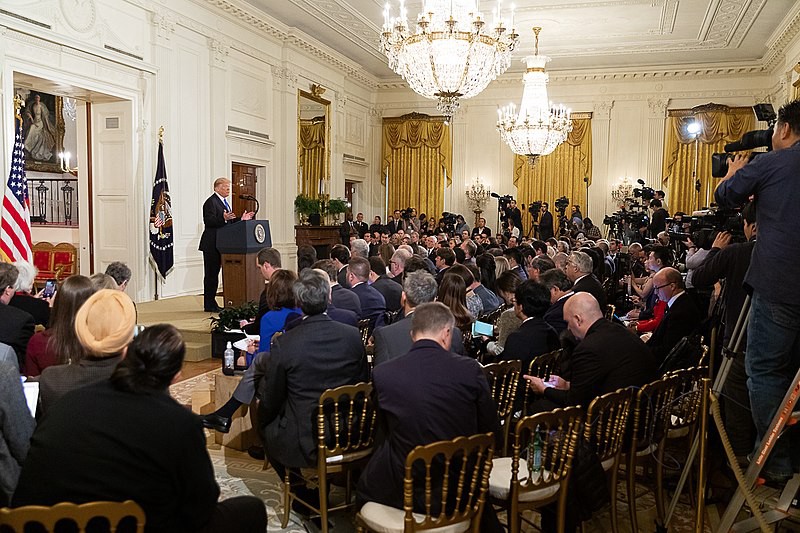 The Subtle Art of Tooting Your Own Horn

The mainstream media is never going to talk about President Trump’s accomplishments. This might be true of any sitting Republican President in 2019, but it is especially true now.

The new, younger generation of writers, journalists, would-be writers, bloggers, vloggers, citizen-journalists and content creators, and even some of the old guard, have decided that impeaching President Donald Trump is moral imperative number only.

What they plan to do with President Pence after that, is anyone’s guess.

Trump, and this possibly only through his voracity, his unpredictability and his failure to respond to attacks from the left and from the press in any typical way, has an advantage over, let’s say, a President Mitt Romney.

Romney would have caved to Mattis, just to avoid the kerfuffle. After all, a good case could undoubtably be made for a continued U.S. military presence in Syria; staying would have been the smoothest and easiest course of (in)action.

They Go Low, You Go High

How should a sitting President use the power of social media in 2019?

To talk about accomplishments, about goals. Communicate the vision, the ultimate destination, because no one else is going to.

Let the proof be in the pudding: “If you done it, it ain’t braggin’.”

Trash talk is for suckers.