Now hiring: Journalists who want to report the news without inserting their personal bias. 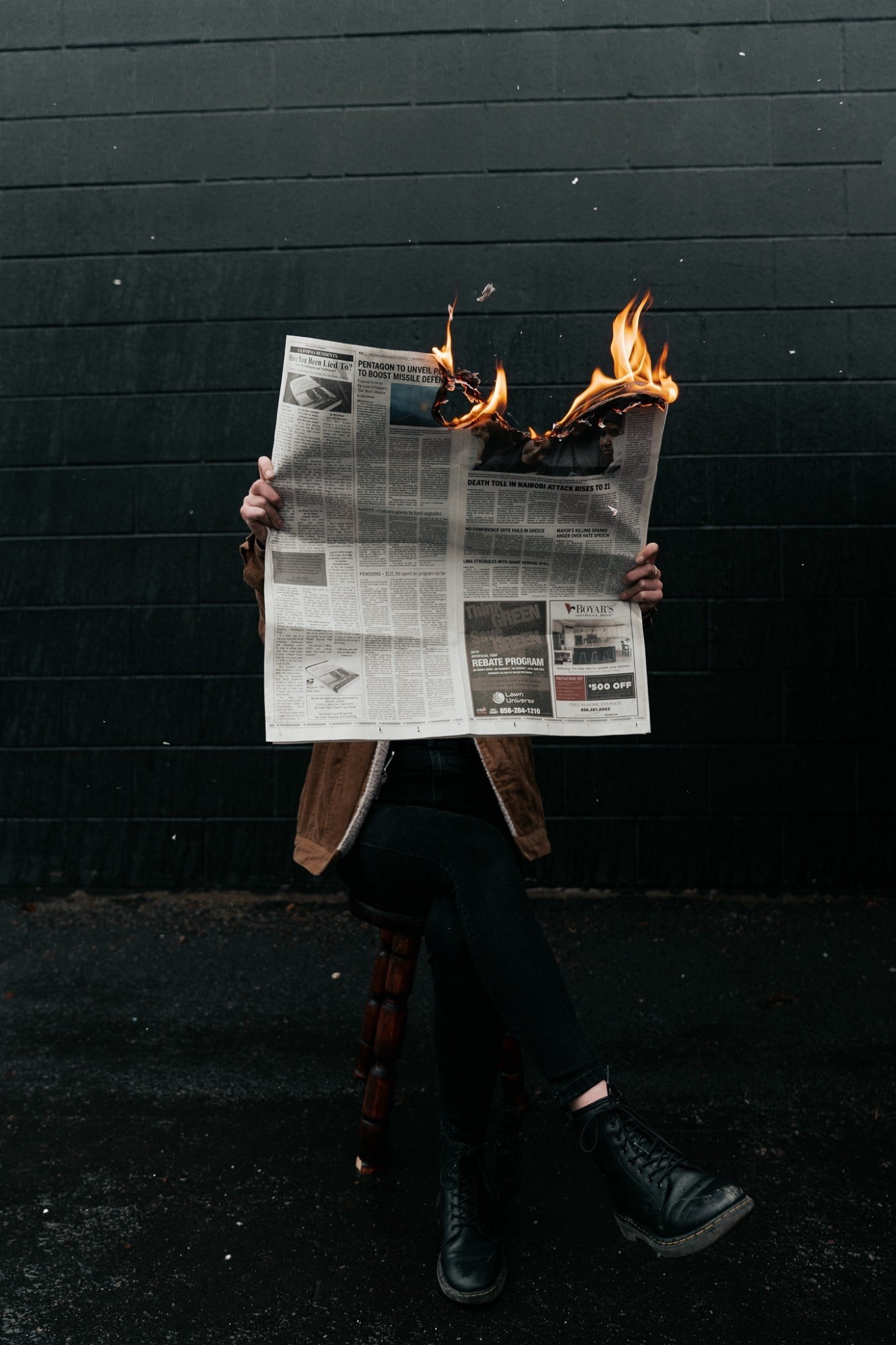 Photo by Vincent Delegge on Unsplash

Where do you get your news?

It’s a question you might consider asking the next person you have a political difference of opinion with. It matters.

Tell me you read Motherjones and I can infer certain things about your politics. In a news media world increasing dominated by emotion and driven by personal bias, an emotional gut-punch, delivered by a face you know and trust is becoming more valuable than facts.

Something has been lost.

As the U.S. media industry, already reeling from industry-wide cuts, layoffs and deep dives in ratings, braces for another brutal year of downsizing, investigative reporters at these organizations, if they find themselves at odds, might consider getting to the bottom of a really juicy mystery:

Why the bottom has fallen out of the 24-hour news cycle.

As paywalls have increased, news consumers have demonstrated an increased unwillingness to pay. And, as any entrepreneur, business owner or captain of industry can tell you, if people are unwilling to pay for your product, you don’t have a product.

“Members of the media, especially journalists, have had a tough few years. Many jobs were already in jeopardy due to a business model that tried to meet consumer demand for free news with ad revenue. As media outlets attempted to put news behind pay walls, in many markets, consumers opted not to pay.” — Andrew Challenger, vice president of Challenger Gray & Christmas

On the plus side, the quality of the news will improve if consumers refuse to pay for it. Better news, and better purveyors of news, will emerge in a free market to meet the legitimate public demand to know what is going on in the world, not in the newscaster’s head. And definitely not what’s in their heart.

Joe Ferullo expressed it perfectly in the Hill today: Could I have some news with my emotions, please?

People might pay for the New York Times, for the left-moderate side of the news; and even shell out for the Wall Street Journal, for the right-moderate side of the news. Free online news sources like Reuters can be counted upon for a more bare-bones, factual reporting of news and world events. There are also popular news aggregate sites like the Drudge Report or Real Clear Politics that can be helpful.

What people don’t seem to be willing to pay for, is 31 left-leaning media outlets telling them the same thing over and over again.

For those news consumers with a more conservative bent, they’ve got FOX news to tell them what they want to hear, and FOX news doesn’t have much competition for conservative eyeballs, so is doing financially ok.

What there is absolutely no shortage of whatsoever, is members of the progressive left, who also happen to be writers, or journalists, or reporters, willing to insert their personal bent into every scrap of newsworthy material.

Even as left-leaning journalists proclaim their hatred of him, they are propelling Donald Trump into headline news and amplifying his message. And any industry that has built its entire empire around hating Donald Trump won’t have much left in 2020

Trump’s presidency at times seems almost too unbelievable to be real. Rather, it seems scripted for television, designed to shock and entertain, to captivate an audience. Real life, only much more exciting.

The innermost workings of the U.S. Federal Government? They put it all on CSPAN, have for years. No one watches it.

Americans would much rather see Trump cast as the perfect foil, the heel, the villain everyone loves to hate.

It is like a cross between Dallas, Wrestle-mania and Survivor. Feuds, showdowns, throw-downs, secrets, plots, lies, tears, dramatic outbursts, breakdowns, meltdowns. No one has fallen into a mysterious coma, developed amnesia, or been unmasked as an evil twin yet, but the year isn’t over.

Television networks and online purveyors of news are learning the hard way that no matter how riveting the storyline, no matter how evil the villain, everyone loses their taste for the show eventually, but for the most rabid and loyal fandom. And nothing satisfies them.

Eventually, everyone turns the channel.

On the other hand, the public’s legitimate need for factual news and information presented in a timely and straight-forward manner by paid professionals will never go out of fashion.