Disguised as solidarity with the Palestinian cause, something far older and more dangerous has reared its ugly head. 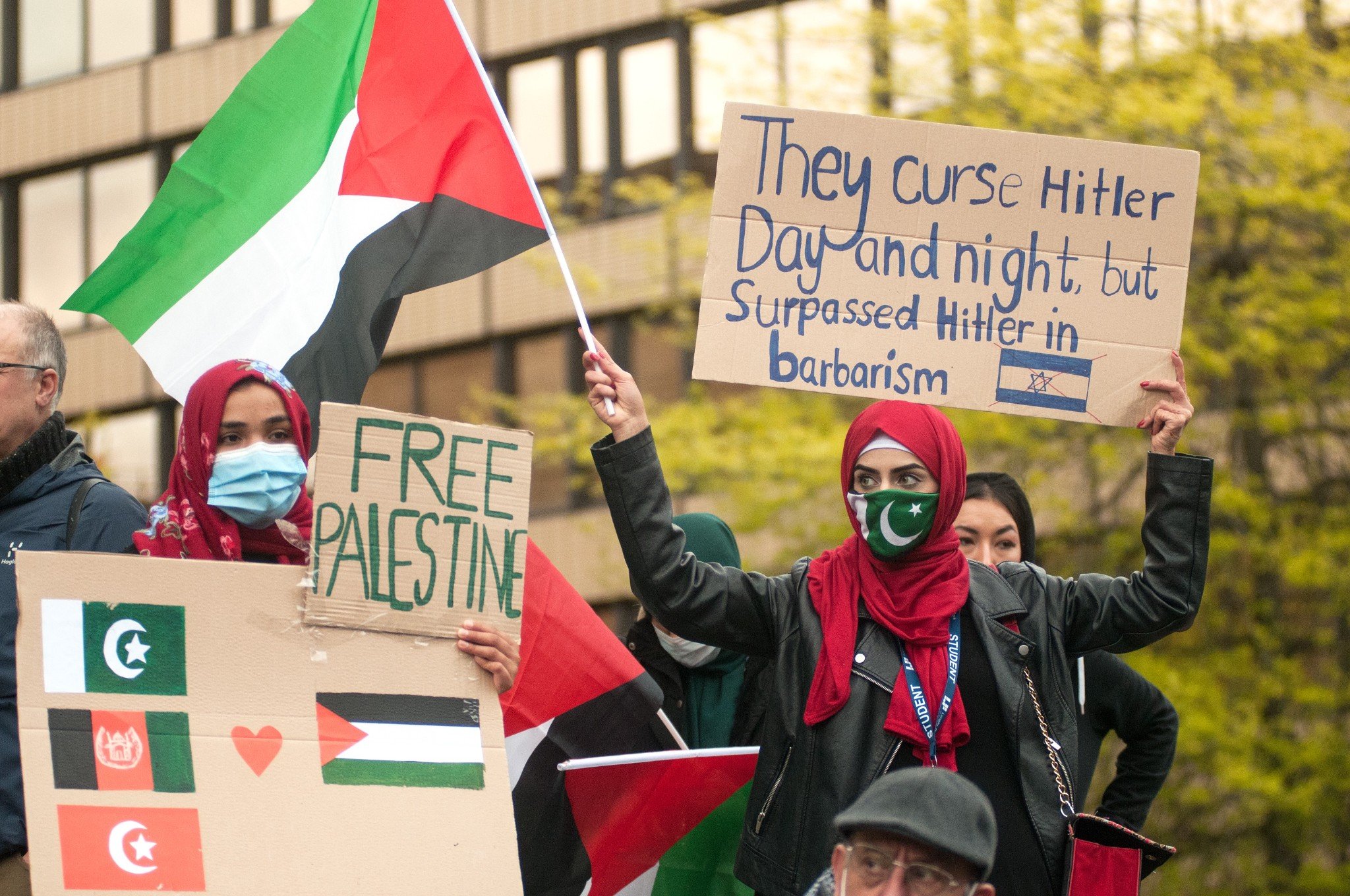 Among its Arab neighbors, Israel suddenly has more friends than ever.

In 2020, Hanukkah was celebrated on the Western Wall by a mixed group of Israelis and diplomats from Muslim-majority countries like the United Arab Emirates and Bahrain.

A year which started so auspiciously ended in a deadly conflict two weeks ago, after a four-year hiatus in major incidents between Israel and Palestine.

Hamas, when it intentionally launched this most recent barrage missile attack against Israel, may have been trying to provoke other Arab nations into joining the attack.

If that was the intent, it didn’t work.

The latest Hamas attack against Israel was a failure in almost every way. Israel dealt serious damage to Hamas military operations, perhaps crippling them for months to come.

Hamas did manage to kill enough innocent Israeli and Palestinian citizens to strike fear and terror in to the populace in order to detract from its internal political power struggles.

Israel’s tenuous new allies in the Middle East didn’t raise much a fuss when Israel destroyed miles of Hamas tunnels used to transport illicit military equipment and launch missile attacks. Not much was said when strategic military targets were attacked- like the Hamas headquarters building, even though the building housed the Hamas-controlled branch of the Associated Press.

Of course the AP in Gaza is beholden to Hamas leadership. Were they not cooperating, Hamas would have thrown them out long ago or worse.

Hamas’ successes with this latest round of attacks, such as they were, have been terrible for the world’s Jewish community. Unlike in periods past when Hamas and Israeli authorities exchanged missile fire, Hamas and other terrorist organizations are using social media to infiltrate protest movements in solidarity with the Palestinian cause all around the world.

Into these otherwise peaceful movements, has been injected a vein of anti-Semitic venom so virulent, it has spiked a terrifying fever of anti-Semitic hate crimes worldwide.

Cars have been attacked on the streets of London. Jews in Los Angeles, New York, Seattle and elsewhere have been accosted, spat on, threatened and physically assaulted.

The rise in anti-Semitic hates crimes, as troubling as it is, isn’t the only thing worrying American Jews about the latest developments in the Israeli-Palestinian conflict.

Employees didn’t just ask the powerful tech behemoth to intervene in the political situation between Israel and Palestine half a world away, and in direct opposition to current U.S. policy.

All that would be shocking enough. It certainly doesn’t bode well for the future of the world’s only Jewish state if the entire weight of corporate America, with its unelected officials, lack of oversight and trillion dollar combined advertising budget, falls against it.

But 1,000 Apple employees who wrote this letter demanding action by Apple also equated the Palestinian cause with the Black Lives Matter movement in America.

“Palestinian lives matter,” the letter read. “Referring to ‘both sides’ or similar,” is also off-limits, “as doing so would feel to us as the equivalent of ‘all lives matter’ — a minimization of the disproportionately larger pain and suffering of the Palestinian people,” the letter’s authors asserted, confidently.

It is remarkable how quickly Black Lives Matter became such a powerful political force in the U.S.

Black Lives Matter, founded a few short years ago in 2015, has achieved a level of unassailability few political movements have ever been able to claim, if any.

Were these two unrelated causes- that of the Palestinian “right of return” and the ongoing U.S. Civil Rights struggles of African-Americans- were to become enmeshed, and take root on the progressive left, among those who command the highest cultural ground at the moment- what would that mean for the future of the world’s only Jewish state?

It is worth remembering just why Jewish people needed a state post-World War II. It is also worth noting that the suggestion that Jews have no historical claim on Israel is a dubious one, at best.

Jews needed their own refuge because it wasn’t only Hitler who was responsible for the Holocaust. Hitler murdered millions of Jews, but he was only able to do it because Jewish refugees on the run from the final solution were denied entry at every port from Canada on down. The United States, Great Britain; everyone shut their doors.

Perhaps a history lesson or two wouldn’t go awry, from prominent progressives who wish to temper “The New Furies of the Oldest Hatred,” as Jewish writer Bari Weiss put it.

The Palestinian side of the Israeli-Palestinian conflict isn’t the only factor worthy of consideration.

A subject over which, popular progressive media figures might also remind the pro-Palestine community, American Jews have absolutely no control. Nor should American Jews be forced to answer for the Israeli government, past, present or future, for whom they certainly aren’t allowed to vote.

There are a variety of attitudes about Israel in the Jewish community. American Jews, like any other group, aren’t homogeneous and there are a range of diverse opinions about the state of Israel from ardent Zionism to unwavering solidarity with the Palestinian cause.

The Jewish community is, however, united in opposition to anti-Semitic hate crimes against Jews in the United States and worldwide.

The sooner the progressive left distances itself from the anti-Semitic elements of the Palestinian solidarity supporters, the better.

Of the seven arrests made for the recent attack on the car in London, “suspected offences included racially aggravated public order, homophobic offences, violent disorder and using equipment to steal,” according to My London News.