With Amazon reportedly reconsidering Queens for its new HQ2, Gov. Phil Murphy reminds the corporate giant that it is always welcome in New Jersey. 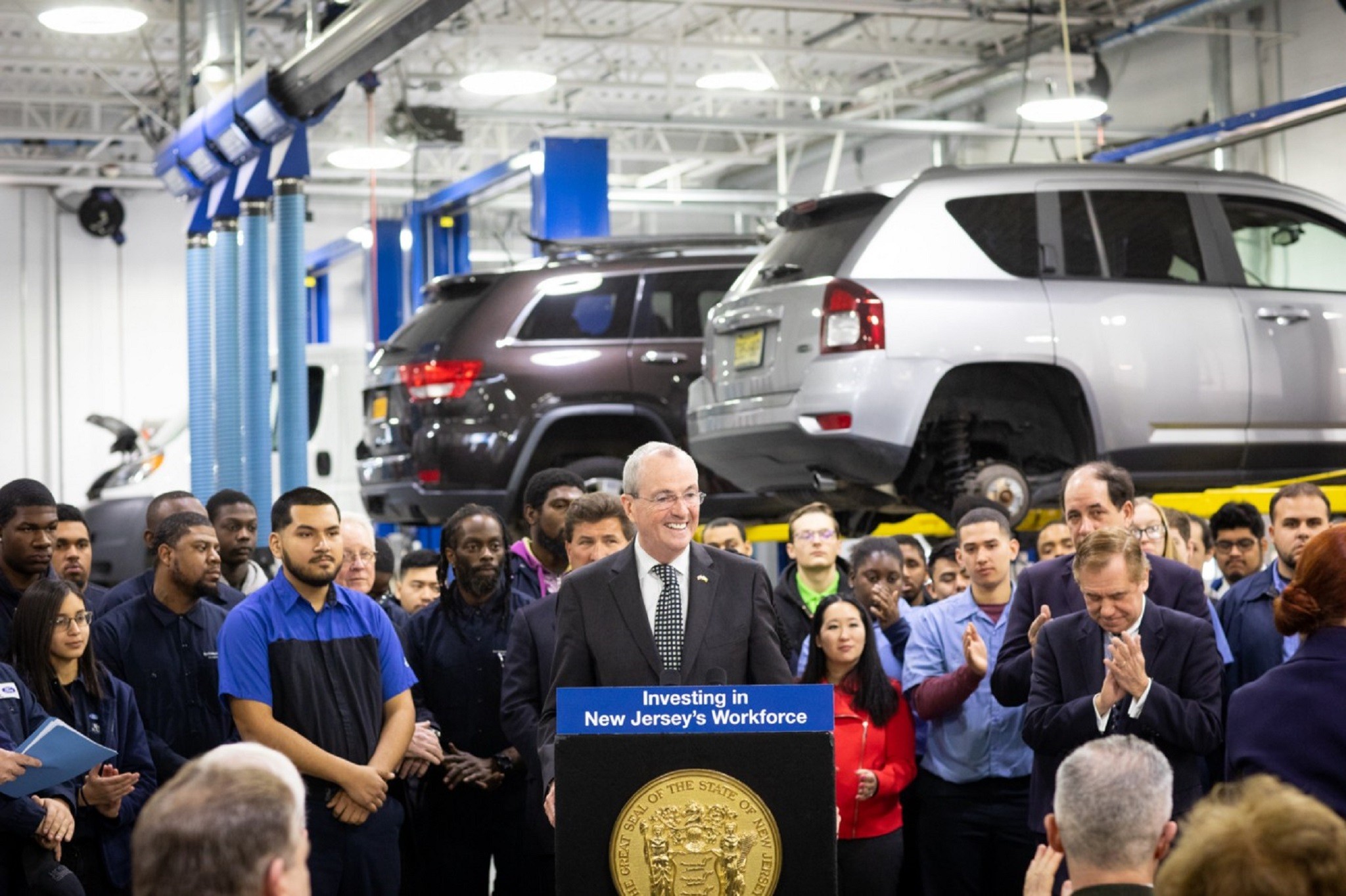 While New York Governor Andrew Cuomo may be deeply at odds with his fellow Democrats in the State Senate over their ongoing efforts to derail Amazon’s plans to build a new HQ2 in Queens, Phil Murphy says no such opposition exists in New Jersey.

Murphy confirmed this week that his office has stayed in contact with Amazon since the retailer passed over Newark in favor of Queens in November 2018.

“I think it’s one of the most inspiring, compelling urban stories in America, and it continues to be. So we’d remind everybody — Amazon, right through the entire alphabet — Newark and New Jersey are open for business. Period. Full stop.” — Gov. Phil Murphy

Since assuming his governorship in January 2018, Governor Murphy has already used similar tax incentives to attract companies like Mars and Teva Pharmaceuticals to New Jersey. He also unveiled a new set of incentives in October, designed to attract start-ups and investment in low-income areas.

New Jersey added 50,000 private sector jobs last year and the unemployment rate is at its lowest since 2001.

Amazon hasn’t bought or leased any space yet for the project in Queens but also hasn’t announced any definite plans to abandon Long Island City for a more welcoming climate.

Insiders say decision time is fast approaching as hiring deadlines loom, and before the Queens headquarters begins to fall behind on schedule.

Rep. Alexandria Ocasio-Cortez (D-NY) is thrilled. She credits a grass-roots organization of NY citizens with the wonderful news that Amazon is thinking of passing on Queens.

Governor Cuomo vehemently disagrees with what he calls ‘governmental malpractice’.

“The state Senate is trying to stop Amazon from coming. If Amazon doesn’t come to New York, it’s because of the political opposition. It is irresponsible to allow political opposition to stop sound governmental practice. There’s an ideological group that says `Corporate welfare, Bezos is rich … We shouldn’t offer them any incentives.’” — New York Governor Andrew Cuomo

Democrats opposing the project take issue with a promised $3 billion in tax breaks and other incentives the state and city have offered to tempt Amazon into choosing Queens.

“This is the type of extortion by Amazon that’s got us into this mess in the first place. They think they can sit there in Seattle and dictate terms and hope that governments bend to their will. Well, it’s not going to work.”

“They are sitting there, dictating to Governments of this country how much money they want, making them compete with each other, forcing them to sign secrecy agreements and then threatening to leave if they don’t get their way. Well that is not the way to operate and New York does not need to bend to Jeff Bezos’s will.” —N.Y. state Sen. Michael Gianaris

No Investments, No Returns

Luckily for the unemployed citizens of New Jersey, not to mention the local economy of Newark, Governor of New Jersey Phil Murphy doesn’t share Gianaris’ anti-business views on the extremely common practice of offering companies tax incentives for long-term projects.

Since assuming his governorship in January 2018, Governor Murphy has already used similar economic tactics to attract companies like Mars and Teva Pharmaceuticals to New Jersey.

Murphy also unveiled a new set of incentives in October, designed to attract start-ups and encourage investment in low-income areas.

However, unlike some of his predecessors perhaps, Governor Murphy is determined to hold corporations accountable for holding up their end of any financial bargains they strike with New Jersey.

The purpose of such tax breaks is not, in fact, to make the company in question richer: The tax breaks are an investment to make state in question (and its citizens) richer.

If Amazon does choose Newark for its new HQ2, the State of New Jersey can be sure Gov. Murphy will see to it that the citizens of New Jersey get everything they paid for. 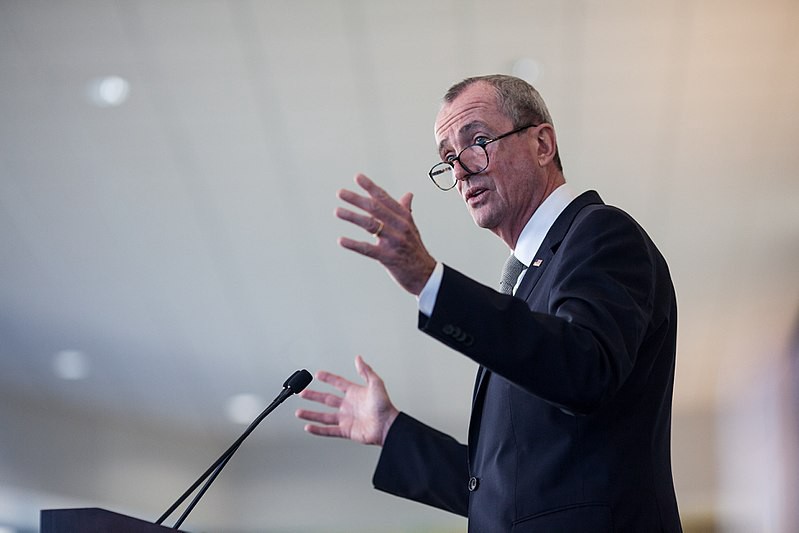 No Returns, No Investments

As Gov. Murphy made perfectly clear during his recent State of State address, New Jersey’s tax incentive program to attract and retain corporations has fallen short over the last decade.

According to a recent audit, the Economic Development Authority failed to hold participating companies accountable for holding up their end of these financial agreements.

Gov. Murphy estimates as much as $11 billion in taxpayer dollars were lost to such squandered opportunities.

“The audit revealed bad policy, badly run — a program more likely to have been drawn up in a smoke-filled backroom than created for New Jersey’s future.” — Gov. Phil Murphy, State of the State address.

As of today, companies like Amazon now have yet another incentive to bring jobs and economic growth to New Jersey. 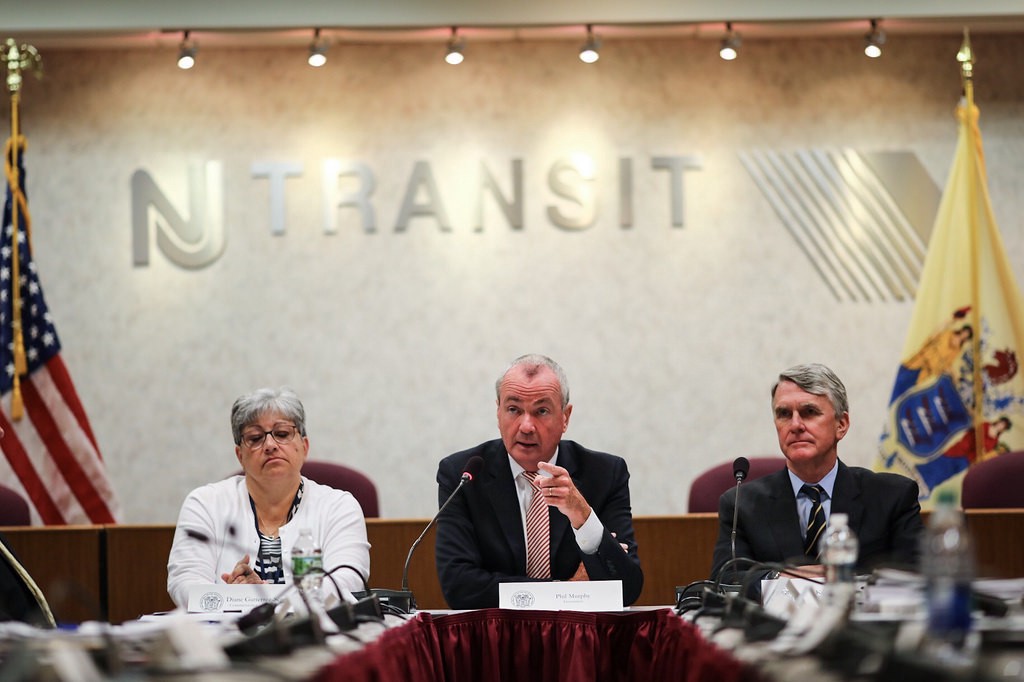 Governor Murphy, Amtrak and NJ TRANSIT Announced a Financial Settlement, Plus Enhancements for Commuters In and Out of New York Penn Station on February 13 2019. 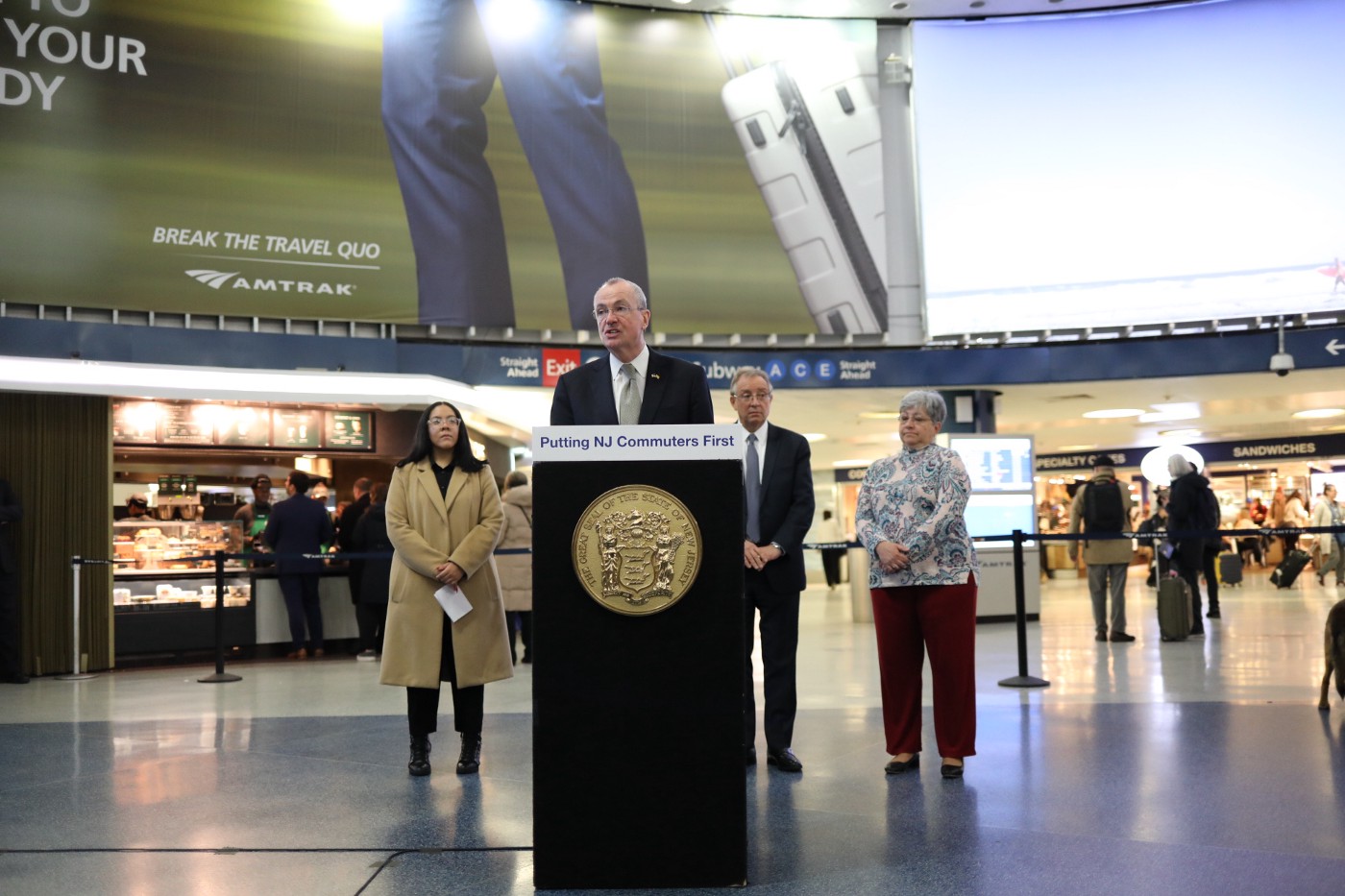 “Investing in our infrastructure, improving customer experience, and enhancing the safety of the traveling public are among the highest priorities of our Administration. The announcement today establishes a partnership that will achieve these goals now, and lays the financial foundation for continued improvements into the future. After eight years of disinvestment in, and mismanagement of, NJTRANSIT, collaborative partnerships like the one we are announcing today will go a long way to restoring the agency to its former preeminence.” — Gov. Phil Murphy, February 13 2019

With a productive first year under its belt, the Murphy Administration shows no signs of slowing as 2019 picks up steam.

However, two of his main concerns have yet to cross his desk: Raising the minimum wage to $15 an hour and marijuana decriminalization. 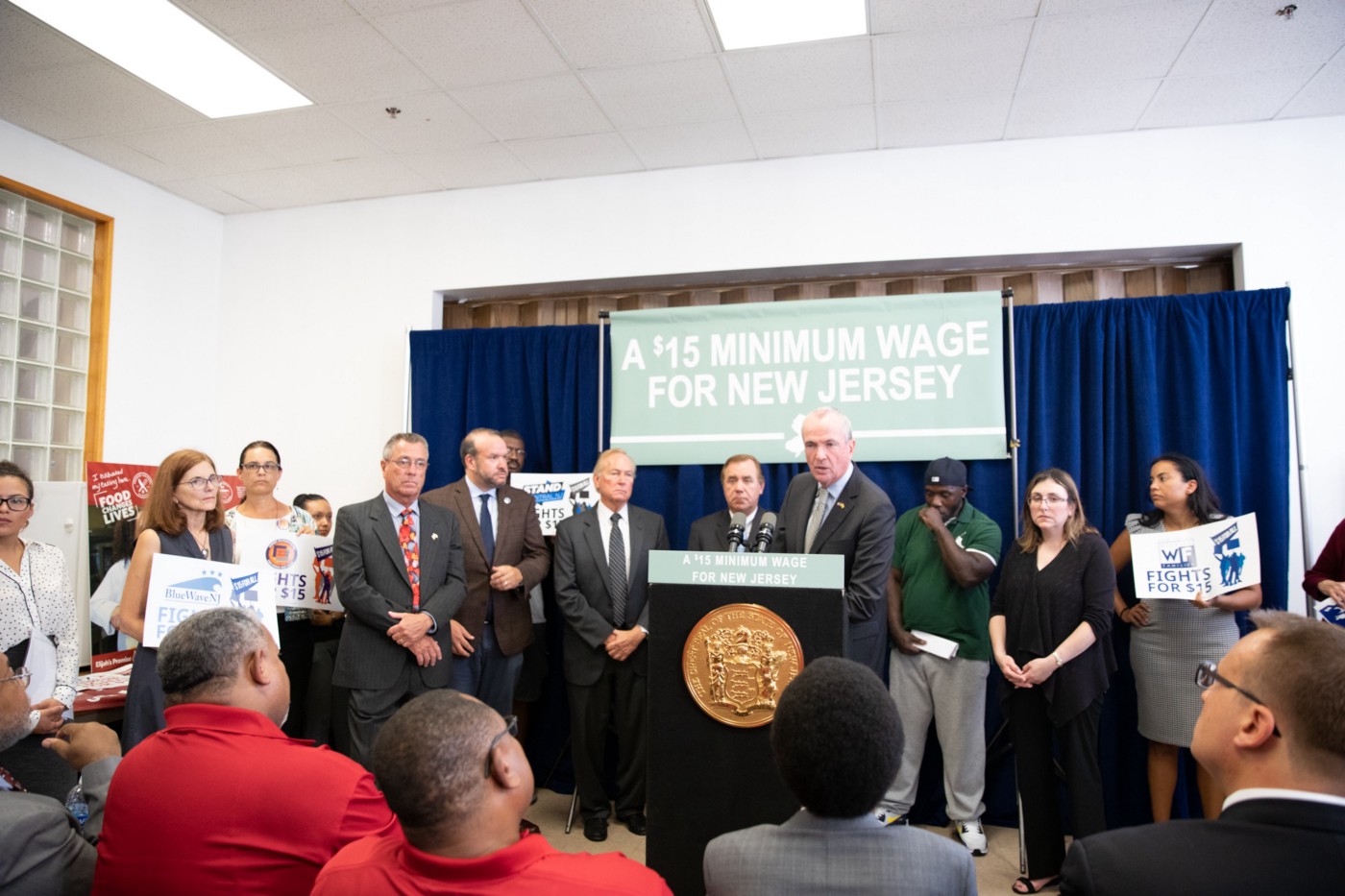 “That’s where this journey is taking us — to a New Jersey that is both strong and fair. It’s not one or the other. It’s both. I was not sent here to continue peddling the false choices of the past. I was sent here to build a brighter future for our people and change our state for the better.” — Gov. Phil Murphy

With Governor Phil Murphy at the helm, New Jersey’s economic future is becoming brighter by the day.