An independent legal analysis found the Chinese Communist Party in direct violation of every single provision of the UN Genocide convention. 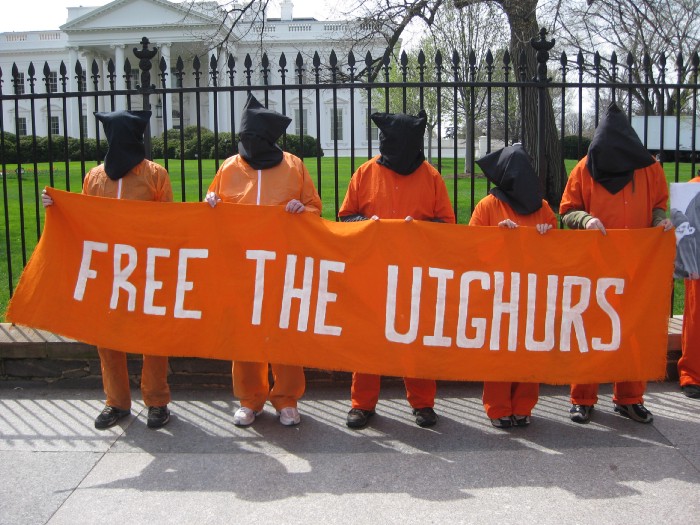 Chinese Communist Party authorities are detaining Christians in secret facilities and forcing them to renounce their faith or face being tortured for months, according to a Radio Free Asia (RFA) report published last week.

“A member of a Christian ‘house church’ in the southwestern province of Sichuan who asked to be identified by a pseudonym Li Yuese said he was held in a facility run by the ruling Chinese Communist Party (CCP)’s United Front Work Department, working in tandem with the state security police, for 10 months after a raid on his church in 2018,” Radio Free Asia reported.

“Another Christian who asked to remain anonymous told RFA that similar facilities are being used across China, not just for Protestants, but also for members of the underground Catholic church, and of the banned Falun Gong spiritual movement, a target of authorities since 1999.”

“It was a mobile facility that could just set up in some basement somewhere,” Li told RFA. “It had its own (CCP) political and legal affairs committee working group, and they mainly target Christians who are members of house churches.”

Li said he was confined in a windowless room for “eight or nine months,” during which he was beaten, verbally abused and “mentally tortured”.

“You have to accept the statement they prepare for you,” he said. “If you refuse, you will be seen as having a bad attitude and they will keep you in detention and keep on beating you.”

“There is no time limit for the brainwashing process,” he continued. “I don’t know the longest time anyone has been held there, but I was detained for eight or nine months.”

“I couldn’t sleep; after you’ve been in there a week, death starts to look better than staying there,” Li added. “I bashed myself against the wall to self-harm.”

Authorities in China are detaining Christians in secretive, mobile "transformation" facilities to make them renounce…

Approximately 68 million Protestants and 9 million Catholics live in China, RFA estimates. In China, where the dominant Chinese Communist Party embraces atheism, Chinese citizens are only allowed religious freedom if their churches are registered with the Chinese Communist Party-backed Three-Self Patriotic Association. Churches that are not registered with the government, unofficial “house churches,” are subjected to raids, arrests without warrants, and persecution through torture and other human rights violations.

The shocking reports on China’s persecution of Christians give more insight into the Chinese Communist party’s ever-increasing persecution of religious minorities.

A previous report in the overseas magazine Bitter Winter, which covers human rights in China, said the Chinese Communist party was forcing religious citizens to renounce their beliefs and replace religious symbols and imagery with portraits of Chairman Mao and President Xi Jinping.

“The participants were ordered to remove crosses, religious symbols and images from the homes of people of faith who receive social welfare payments and replace them with portraits of Chairman Mao and President Xi Jinping,” Bitter Winter reported. “The officials were instructed to annul the subsidies to those who protest the order.”

In addition, a plethora of media and global intelligence reports have detailed the detainment of an estimated 1–2 million Uyghur Muslims in forced “re-education camps,” which former U.S. Secretary of State Mike Pompeo formally declared a genocide in January.

The Chinese Uyghur, who have an ancient heritage in the region, have seen their Mosques raised to the ground in recent years. Members of this culturally significant ethnic group have been subjected to escalating levels of persecution even as their heritage has been systematically erased.

The CCP’s alleged actions in Xinjiang against Uyghur Muslims have violated the United Nations’ Genocide Convention, according to an independent report released by the Newlines Institute for Strategy and Policy think tank in March.

The report is the first independent legal analysis undertaken by a non-governmental organization. It claims the Chinese government “bears state responsibility for an ongoing genocide against the Uyghur in breach of the (UN) Genocide Convention.”

Former detainees of the detention centers in Xinjiang allege they were subjected to indoctrination, sexual abuse, and even forced sterilization.

The Chinese Communist Party has denied reports and allegations of human rights abuses, claiming the centers are necessary to prevent religious extremism.

Will the detentions and abuses continue in light of this new report?