U.S. President Donald Trump doubles down on his support for Israel, formally recognizing Israel’s right to the Golan Heights region after over 50 years. 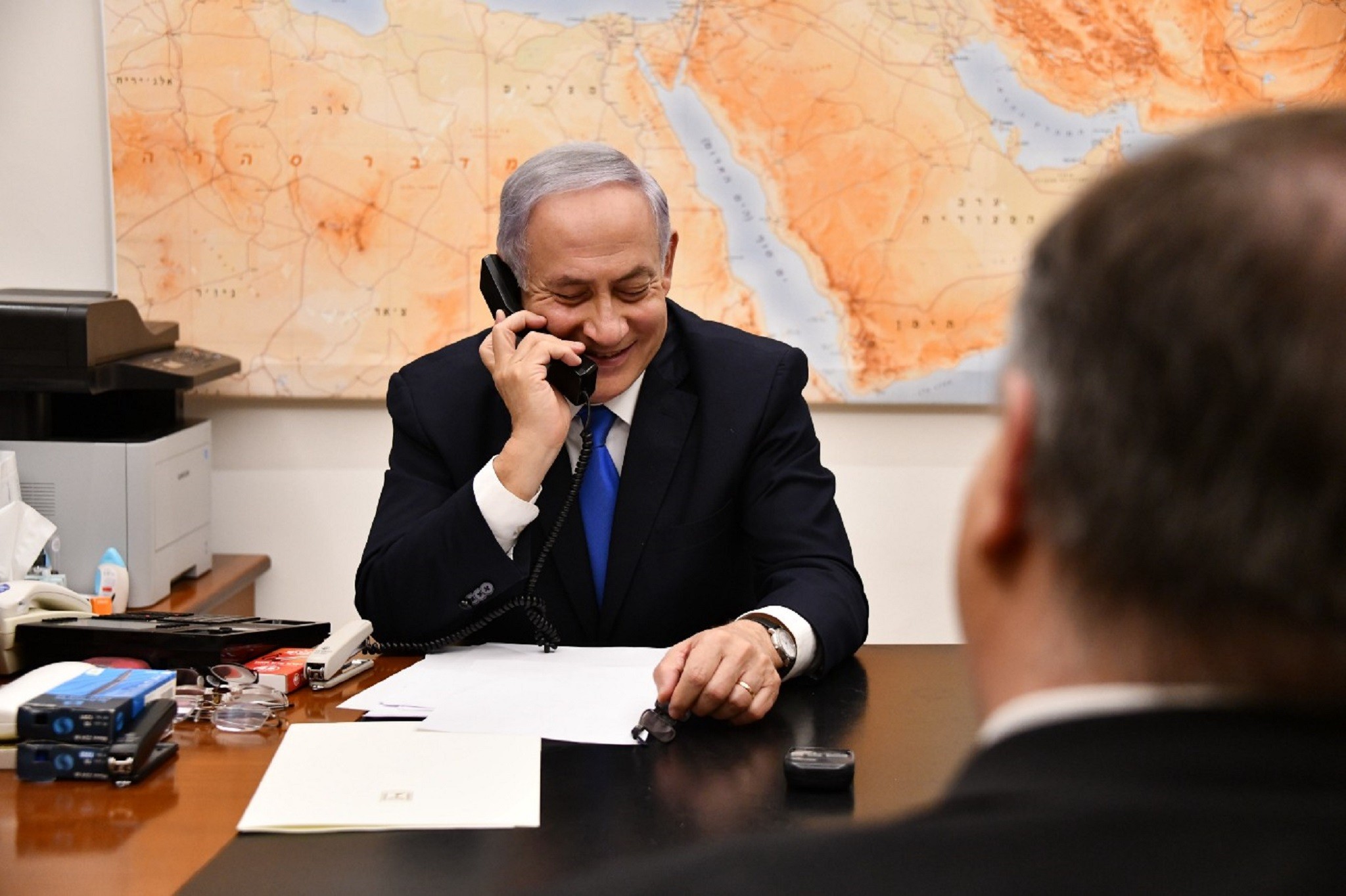 “President Trump has just made history. I called him. I thanked him on behalf of the people of Israel. He did it again. The message that President Trump has given the world is that America stands by Israel.” — PM Benjamin Netanyahu

At a time when it is perhaps more essential, and indeed more possible, than ever to bring Middle Eastern countries together against the threat of Iran and violent extremist terrorist groups, U.S. President Trump has again signaled his strong support of Israel.

“After 52 years it is time for the United States to fully recognize Israel’s Sovereignty over the Golan Heights, which is of critical strategic and security importance to the State of Israel and Regional Stability!” — U.S. President Donald Trump, twitter 3/21/19 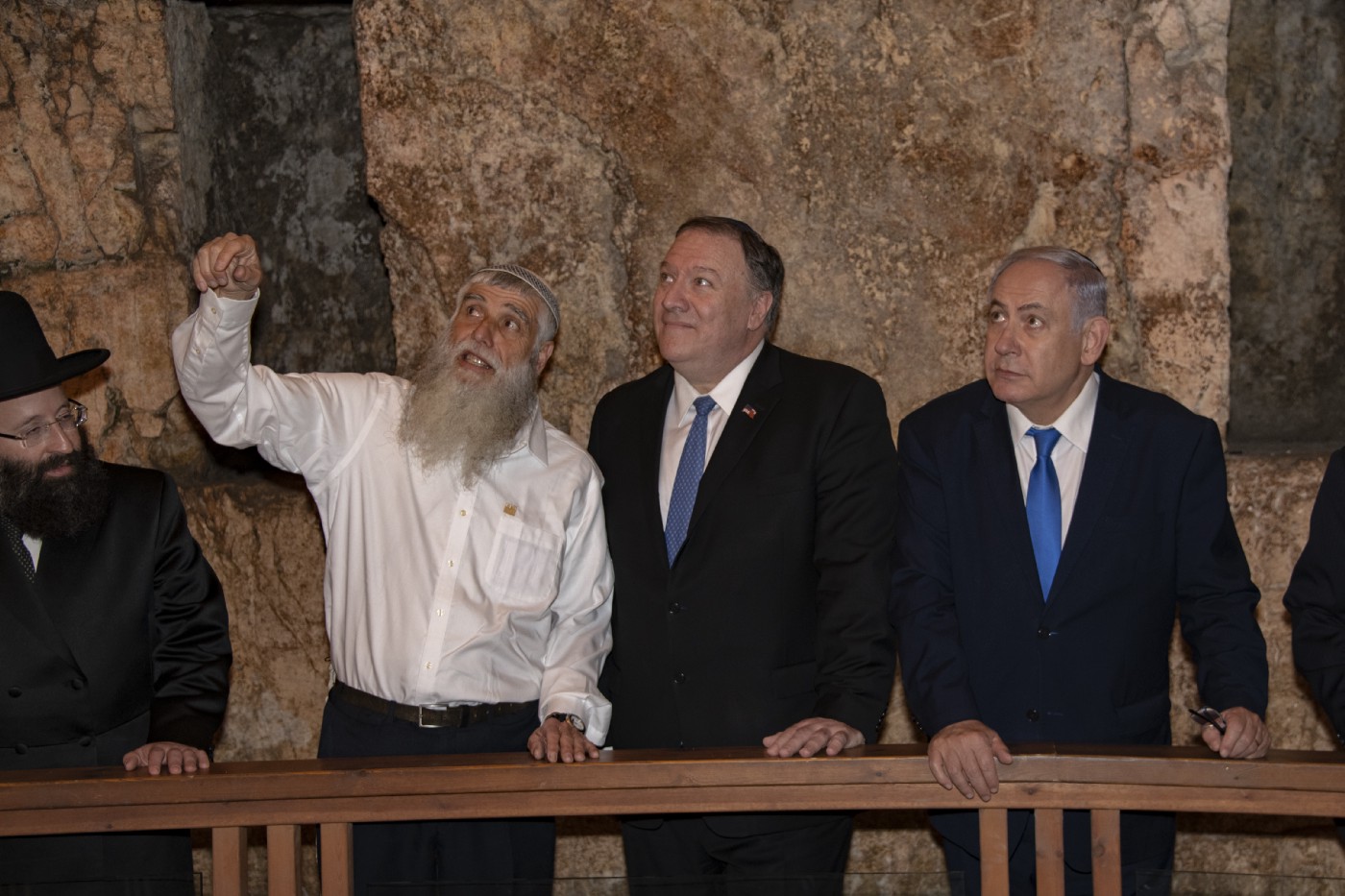 The timing of the move is certainly a miracle for Netanyahu. He faces a bid for re-election amid investigations many feel are an attempt by the opposition party to weaken the elected Israeli leader in the polls and unseat him.

The U.S. press seems surprised by this move, but political insiders have long been seeing signs that the Trump administration would continue its wholesale diplomatic mission in Israel.

“What is best for America and Americans is a safe, secure and prosperous Israel. We will start an effort to recognize the Golan Heights as part of the State of Israel now and forever, because to give this territory up would be a strategic nightmare for the State of Israel.” — Sen. Lindsey Graham

What Time Has Told

Critics of the Golan Heights move suggest the decision will only further stall the Middle-East peace process.

However, Syria refused to negotiate the territory for decades, with no noticeable benefit to peace in the Middle-East. Meanwhile, Middle-Eastern countries have continued to sustain the heaviest losses in the struggle against radical terror groups. It is difficult to see how maintaining the status quo and continuing to formally view Golan Heights as a contested region would improve the situation in the Middle-East.

On the other hand, recognizing Israel’s right to Golan Heights is a carefully hedged bet that may help the peace process.

Some Middle-Eastern countries are finally softening on Israel; at least, they openly admit Iran is a greater threat to their security and independence. Many also recognize Israel as a vital ally in that fight, with the right to defend itself.

Indeed, had Israel ceded the Golan Heights region to Syria at anytime over the last five decades, Iran would even now have a firm foothold on the banks of the Sea of Galilee, a strategically vital high ground overlooking the Northern part of Israel.

A recognition that is finally beginning to be shared by Israel’s pre-dominantly Muslim neighbor nations in the Middle-East.

But at the helm of the ship, Netanhyu is in trouble. What will happen to the peace progress if the current Israeli Prime Minister is defeated at the polls and Israel must reorganize under new leadership?

Perhaps a changing of the guard is one too many variables given the current geopolitical situation.

By giving Netanyahu a crucial diplomatic win so close to Israel’s election, Trump may even be attempting to compensate for a dip in Netanyahu’s popularity, due in part to his relationship with Trump and Trump’s reputation in the international press.

Trump may also feel a certain sympathy for a fellow democratically elected leader mired in investigations, accusations and probes. Like Trump, the Netanyahu administration insists the legal proceedings are purely partisan and have no merit.

However, even if the charges are found to be completely without merit, the investigations will conclude long after the election has passed and the damage done. Netanyhu’s defenders, and even some of his sharpest critics are beginning to question the timing of the proceedings.

Many believe that this close to an election, the voters, and not legislators, should decide if the Prime Minister should keep his office, even in light of suspicions of wrongdoing.

The U.S. recognizing Israel in Golan Heights in unquestionably good for Netanyahu’s reelection chances. Both sides of the political spectrum in Israel view the Golan as rightfully belonging to Israel.

The move will likely not please U.S. Democrats.

Anti-Semitism in the Democratic Party

Even as the world seems to be softening on Israel, Democrats in the U.S. are fighting an internal battle against elements in the Democratic party that seemed determined to shift U.S. policies to a more pro-Palestine stance.

Is the Trump administration trying to capitalize on this division? President Trump has indicated in no uncertain terms that the Republican Party would welcome Jewish Democrats with open arms and has sharply criticized Democratic leaders for failing to condemn anti-Semitism in their ranks.

“The Democrats have very much proven to be anti-Israel there’s no question about that, and it’s a disgrace. I don’t know what’s happened to them but they are totally anti-Israel, Frankly I think they’re anti-Jewish.” — President Trump

Trump’s comments came as a result of Democratic candidates for President announcing they will boycott the AIPAC conference in D.C. next week.

The liberal advocacy group, moveon.org, called on Democratic candidates to boycott the event because of AIPAC’s perceived opposition to so-called ‘progressive ideals.’

“It’s no secret that AIPAC has worked to hinder diplomatic efforts like the Iran deal, is undermining Palestinian self-determination, and inviting figures actively involved in human rights violations to its stage,” — Iram Ali, campaign director for MoveOn’s political action committee

Most Jewish Democrats like Trump’s policy on Israel well enough; but they have also felt that Trump is a divisive figure, stoking the fires of white nationalism with inflammatory comments and policies.

However, the Trump comment most often cited by critics accusing him of spreading white nationalism, that there were “great people on both sides,” of the clashes between protesting groups in Charlottesville, is predicated on a lie.

When Trump referred to “good people on both sides,” he was not talking about both sides of the white supremacy issue. His comment was in reference to the cases for and against the removal of certain historic statues from public spaces. Trump actually unilaterally condemned white nationalists. When produced in their entirety, Trumps comments on the subject is hardly the ringing endorsement of violent racists still widely suggested by media headlines and in news stories.

“You had some very bad people in that group, but you also had people that were very fine people, on both sides. … You had people in that group that were there to protest the taking down of, — to them — a very, very important statute and the renaming of a park from Robert E. Lee to another name. George Washington was a slave owner. Was George Washington a slave owner? So will George Washington now lose his status? Are we going to take down statutes to George Washington? How about Thomas Jefferson? What do you think about Thomas Jefferson? Do you like him? Are we going to take down his statute? Because he was a major slave-owner. Now are we going to take down his statute? You’re changing history. You’re changing culture, and you had people — and I’m not talking about the neo-Nazis and the white nationalists, because they should be condemned totally — but you had many people in that group other than neo-Nazis and white nationalists, okay? And the press has treated them absolutely unfairly.” — U.S. President Donald Trump, Charlottesville response.

Did Trump bury the lede on that one? Absolutely. He should have began by unilaterally condemning neo-Nazis and white nationalists and left his defense of the defenders of U.S. history for later in his remarks, if at all. Did he call white nationalists ‘very good people’? No.

Though Jewish voters have long supported Democratic candidates to the tune of 70%, Jewish support for Republican Mitt Romney rose 19% as some Jewish Democrats voted their discontent over President Obama’s Israel policies.

Mitt Romney, however, is not Donald Trump.

Will Trump’s actions speak louder than words? It might prove difficult to continue to paint someone as anti-Semitic when they are so intent on openly supporting Israel.

Will it prove difficult in the coming months for Jewish Democrats to remain loyal to the Democratic Party?