Neera Tanden in the Balance

Will President Joe Biden’s groundbreaking pick to lead the Office of Management and Budget be confirmed? 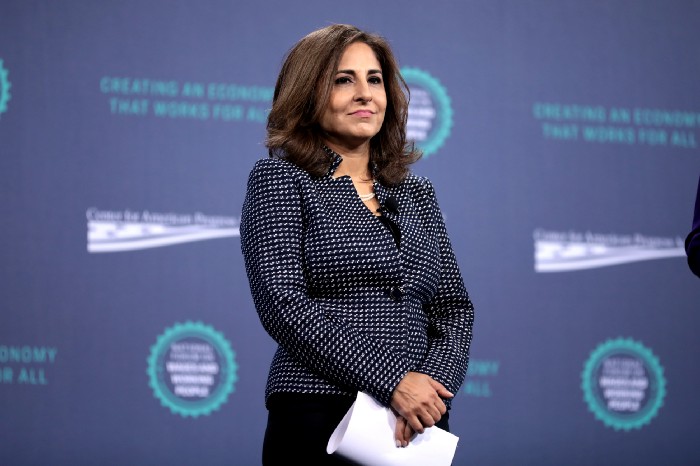 Will Neera Tanden be confirmed?

Whether or not President Biden’s nominee to lead the Office of Management and Budget, Neera Tanden, will be confirmed hangs in the balance as more Senators publicly denounce her nomination.

Under particular scrutiny are some of Tanden’s past public communications on social media.

Some of the most cited tweets include Tanden’s descriptions of Senator Susan Collins (R-MN) as “the worst,” and Sen. Tom Cotton (R-AR) a “fraud.” She also said vampires have “more heart” than Sen. Ted Cruz (R-TX) and referred to then-Senate Majority Leader Mitch McConnell (R-KY) as “Moscow Mitch.”

‘Seriously this is ridiculous,” Neera wrote on Twitter in 2018. “I’m not for litigating the primary, but from what we know now, Russia did a lot more to help Bernie than the DNC’s random internal emails did to help Hillary. Try to actually look at some facts. This whole attack is a joke.”

Tanden addressed these comments in her opening statement, saying, “I know there have been some concerns about some of my past language on social media. I regret that language and I also want to say I express that regret to Senator Sanders and other members of this committee.”

Most Republicans have signaled that they plan to vote against Tanden’s nomination, even several swing vote senators, including at least one Democrat.

Democratic Sen. Joe Manchin, (D-WV) has said he will oppose her nomination, saying Tanden’s, “overtly partisan statements will have a toxic and detrimental impact on the important working relationship between members of Congress and the next director of the Office of Management and Budget.”

“For this reason, I cannot support her nomination,” Manchin said.

After Manchin was the first to publicly oppose her nomination, three other senators announced plans to vote against her, including moderate Republican Senators Susan Collins (R-MN) and Mitt Romney (R-UT).

“Congress has to be able to trust the OMB director to make countless decisions in an impartial manner, carrying out the letter of the law and congressional intent,” Collins said in a statement on Monday. “Neera Tanden has neither the experience nor the temperament to lead this critical agency.”

White House Press Secretary Jen Psaki said in a statement on Twitter that Ms. Tanden is an, “accomplished policy expert.”

“Neera Tanden=accomplished policy expert, would be 1st Asian American woman to lead OMB, has lived experience having benefitted from a number of federal programs as a kid, looking ahead to the committee votes this week and continuing to work toward her confirmation,” Psaki wrote.

The White House is standing by Tanden, and Psaki reaffirmed President Joe Biden’s support on Monday, noting that, “the president nominated her because he thought she would be stellar.”

Republican Senator Lisa Murkowski (R-AL) has not yet indicated how she intends to vote on Tanden’s nomination. Two Senate committees have held hearings for Tanden but have yet to hold a hearing on whether to advance her nomination to a floor vote.

The Senate is equally split 50–50 between Democrats and Republicans. Vice President Kamala Harris has the ability to cast a tie-breaking vote, should one be needed. Due to Manchin’s opposition, at least one Republican would need to vote with Democrats in order to advance Ms. Tanden.

A report from Axios revealed that House Democratic leaders are prepared for the confirmation to go either way. Some Democrats are reportedly quietly launching a campaign for Shalanda Young to replace Tanden. Young, a former staff director for the House Appropriations Committee, would be OMB’s first Black female leader.

“While I am hopeful for Ms. Tanden’s nomination, I cannot say enough good things about Ms. Young,” said Rep. Sanford Bishop (D-Ga.), a member of the Congressional Black Caucus. “She is widely respected by members on both sides of the aisle for her expertise.”