A series of unfortunate events has befallen the Good Queen of San Francisco. 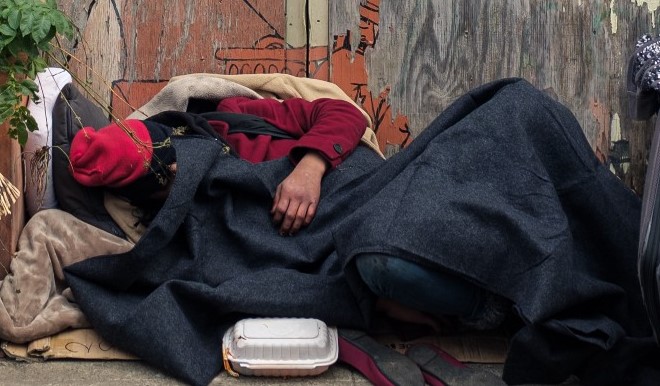 She comes from a good, solid family of powerful politicians. She went to Congress decades ago to fight the AIDS epidemic then raging in her San Francisco community. She rose to become the first, second and only female Speaker of the House.

By tooth and nail, by hook and by crook, Pelosi managed to lead the charge to take down Donald Trump. It took everything Democrats had, plus COVID-19 and the BLM juggernaut, but Pelosi’s team managed it in the end.

Paradoxically, even quite a few Republicans love Nancy Pelosi.

She keeps some of the more unruly in her party in check, most times anyway. Republicans once used Nancy Pelosi, and her reputation as an unapologetic, free-spending, licentious San Francisco liberal to scare Republican donors into opening up their wallets.

“Better pay up,” they’d say, as if tucking their kids in at night with a nice bedtime morality tale; “or Nancy Pelosi will come and do to your district what she’s done to San Francisco.”

Except now, Republicans have way better targets to scare up donations than Nancy Pelosi. Rep. Ilhan Omar and Rep. Alexandria Ocasio-Cortez snatched that crown from Pelosi’s head three years ago.

Which is all to the good for Pelosi.

When you are Republican public enemy #1, you are a pain their legislative agenda, yes; but you are also very valuable to them. Consequently, Republicans turning AOC into cold hard campaign cash have warmer feelings towards her than swing-district Democrats fielding angry constituent calls about her while Republican challengers nip at their heels and progressives plot primary challenges.

Once you’re not enemy number one, however, you can just be a pain in the legislative agenda; no down side to that for a veteran opposition politician like Pelosi. She has probably spent more time out of power than in, during the course of her long and storied Congressional career. And she got where she is out of sheer determination and hard work.

What more could an expertly-coiffed, politically all-powerful street brawler with a $22,000 freezer full of gourmet ice cream and a collection of power-suit couture possibly want out of life?

The only problem, the only fly in the ice cream, is the increasingly inescapable fact that the phrase, “or Nancy Pelosi will come and do to your district what she’s done to San Francisco,” packs more punch than it used to.

San Francisco was once a beautiful city, full of exciting nightlife, a vibrant art scene, and fine dining; it was the cultural destination and everyone wanted to live there.

The biggest problem used to be that property in San Francisco was too expensive. How could it not be? Everyone wanted to live there.

Now, as violent crime, homelessness, higher taxes and an energy crisis have blighted the city, everyone wants to move.

Well, not everyone. There is still plenty to enjoy about San Francisco. The weather and the coast are indeed exceptional.

But the San Francisco Chamber of Commerce, hardly a right-wing outfit, recently conducted a poll of 500 registered voters.

Of those, 40% said they plan to move within the next years.

“There’s nothing worse than seeing such a beautiful place in such disarray, and I really thought I was going to be sad when the movers loaded up the last container on Saturday, and I have never been more relieved,” longtime San Francisco resident Lindsay Stevens was quoted as saying of her recent move.

“I honestly think in the last three years, we’ve seen a massive decline in the quality of life and that was only enhanced over COVID,” she said. “The homelessness has been a severe problem, people are not feeling safe walking their dog… the number of break-ins seem to be constantly on the rise.”

There was other bad news for Nancy Pelosi’s district in the poll:

“I think safety is a huge concern, even two years ago when I initially moved back to the city, I never viewed certain neighborhoods as necessarily unsafe,” another resident, Minku Lee, reported. Lee also revealed that he was a victim last week of one of the many hate-crimes the city has been experiencing recently.

Hate crimes and other violent crimes have been increasing dramatically in San Francisco and in other major cities over the past few years, and especially over the past year.

Liberals are eager to lay these numbers at the feet of Republicans, in particular what they deem to be the racist rhetoric of Donald Trump. Not all of the blame is likely to fall there, however. Some of it is bound to come home to liberal leaders who have been ensconced in positions of state and local power in cities like San Francisco for decades.

There is simply no denying the fact that these increases in violent crime, and hate crimes in particular, aren’t happening in deep red places populated by Republican voters; they aren’t even happening in purple districts.

Hate crime and violent crime surges, and the worst struggles with homelessness, petty theft and drug addiction, are all happening in deep blue voting places populated by Democrats.

Nancy Pelosi isn’t the Mayor of San Francisco. All the failures of the state and local government can’t be laid at her feet. London Breed, who is the Mayor, did recently lay out a $1 billion dollar investment plan to help fix the homelessness problem over the next two-years.

However, residents are skeptical and perhaps rightly so.

It isn’t as if the city hasn’t spent public funds to address this problem before; they certainly have. And it isn’t as if taxes in the city aren’t already some of the highest rates in the country. Rolling blackouts, and an energy crisis being mismanaged at the state level in a way which ensures it will get worse before it gets better (if it ever does) aren’t likely to improve quality of life concerns.

California Governor Gavin Newsom, provided he survives his recall, soon intends to close one of the state’s remaining nuclear power plant soon with no plan whatsoever to replace the energy lost to the closure. Already, California is asking residents not to charge their electric cars before 10 p.m.

They are certainly not to ask where California’s electricity comes from.

Fortunately for California, Newsom does intend to take the good advice of forestry management services on fire management techniques, even if that good advice was once espoused by the Democrat’s own public enemy number one, Donald Trump.

The fact that Donald Trump was right about forestry mismanagement being responsible for some of the worst of the recent California wildfires is likely sticking in the craw of Gavin Newsom, and Nancy Pelosi.

But not as much as these sky-rocketing crime rates, the drug and homelessness crisis, high tax rates, and energy paucity are sticking in the craw of Californians.

In spite of their state being rich in resources and rife with competent, compassionate Democratic Party leadership, the last one to leave San Francisco might not need to turn out the light, as the old joke goes.

The lights will probably be out already.