That members of Mueller’s team accidentally ‘wiped’ phones before turning them over to the Justice Department doesn’t look good. 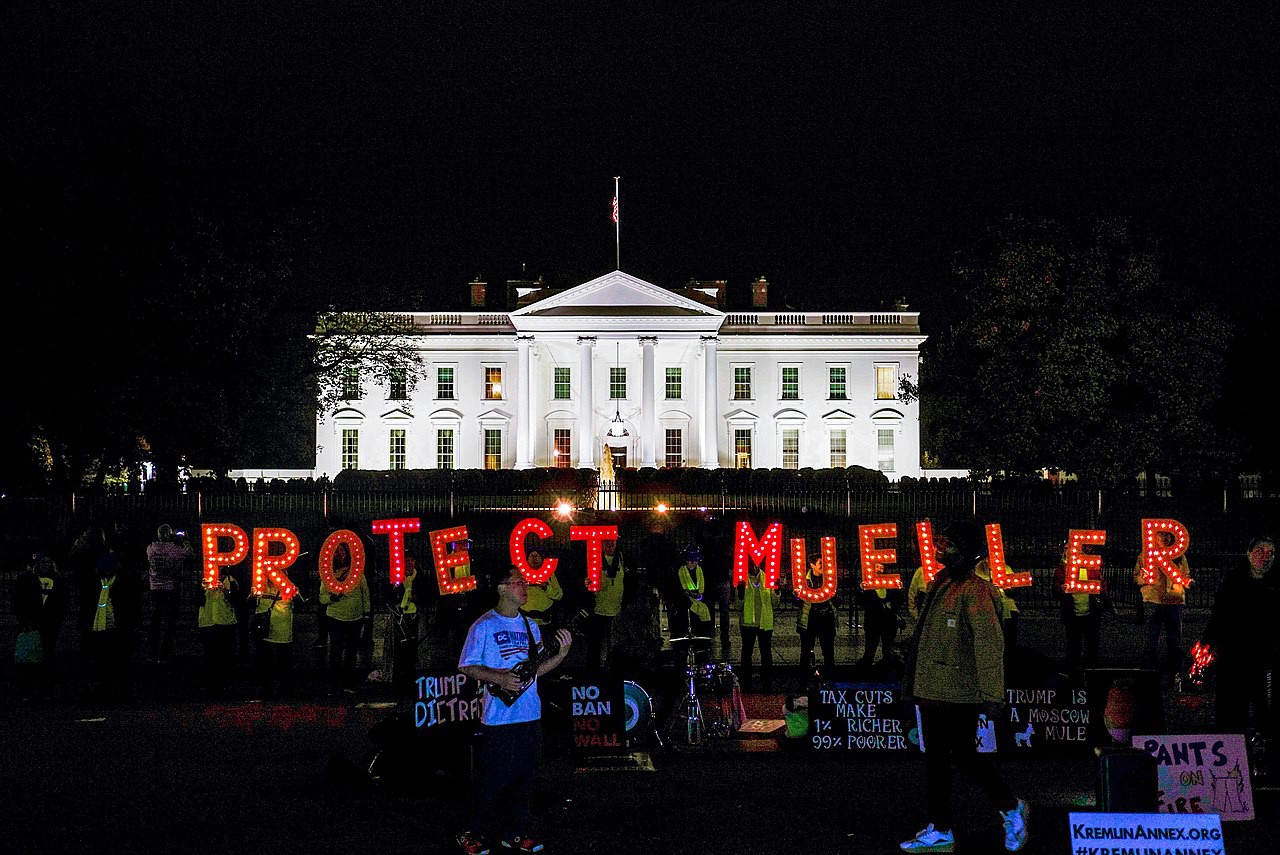 A protest called “Nobody is Above the Law”, held on November 8, 2018 and organized by MoveOn. (Photo: Wikiwand)

House Intelligence Committee ranking member Rep. Devin Nunes (R-CA) joined Trump in calling for action, saying “the Republican Party has to prioritize this- that these guys are prosecuted and held accountable.”

“So the question here is: Was there an investigation? Because if there was, that could be obstruction of justice. But I think regardless of that, this is destruction of federal records. We cannot have a justice system — whether it’s at the federal level, or the state level, or the local level — where records are being destroyed.” Nunes told Fox News’ “Sunday Morning Futures.

“It appears that Special Counsel Mueller’s team may have deleted federal records that could be key to better understanding their decision-making process as they pursued their investigation and wrote their report. Indeed, many officials apparently deleted the records after the DOJ Inspector General began his inquiry into how the Department mishandled Crossfire Hurricane. Moreover, based on this new information, the number of times and the stated reasons for the deletions calls into question whether or not it was a widespread intentional effort,” Sen. Grassley wrote in his letter.

Sen. Grassley demanded that the DOJ provide the committee with records relating to the cell phones, including any recovered text messages and the explanations that each member of Mueller’s team provided as to why their phone data and records were deleted. Grassley also asked whether the DOJ is investigating the question of whether or not Special Counsel Mueller’s employees violated federal record keeping laws as well as whether the department has attempted to forensically recover any deleted data.

“These reports are troubling and raise concerns about record retention and transparency,” Johnson wrote in his letter to Horowitz. “Therefore, I respectfully request that your office open an investigation into this matter to determine what, why, and how information was wiped, whether any wrongdoing occurred, and who these devices belonged to.”

The Iowa Senator’s letter comes a day after documents released from a request under the Freedom of Information Act (FOIA) revealed that over two dozen cellphones belonging to members of special counsel Robert Mueller’s team were “wiped” clean of their data before the Justice Department’s inspector general could check them.

DOJ records show that before the DOJ’s Office of Inspector General could review the devices, the phones were wiped of information because of forgotten passcodes, irreparable screen damage, loss of device, intentional deletion, or other reasons, according to reports.

Special Counsel leader Andrew Weissmann “accidentally wiped” his iPhone twice after entering the wrong passcode too many times in March of 2018. The documents indicate Attorney Greg Andres’ phone was also wiped due to a forgotten passcode.

Lawyer James Quarles’ phone “wiped itself” without his intervention and the phones of both Mueller deputy Kyle Freeny and Rush Atkinson were wiped accidentally after they entered the wrong passcode too many times, the documents show.

The records also show that a phone belonging to FBI lawyer Lisa Page-who previously exchanged anti-Trump texts with FBI agent Peter Strzok- was restored to factory settings when the inspector general’s office received it. Trump and Republicans have pointed to these text messages as evidence of an anti-Trump bias at the bureau.

The documents were released after a lawsuit from the conservative watchdog group Judicial Watch. The report on Mueller’s investigation found no evidence of collusion between the Trump campaign and Russian officials to influence the election, but it did claim the Kremlin “interfered in the 2016 presidential election in sweeping and systemic fashion.”

Unfortunately for the Democratic Party in a contentious election year, these revelations bolster Trump’s claims that the Mueller Investigation was politically motivated and baseless. An article about this destruction of evidence, however innocent it might have been, appears in Law Enforcement Today. At a time when many blue-collar Democrats- a group which includes police officers- may be wavering on Joe Biden, this does not bode well.

At a time when distrust of law enforcement is high on the left, the fact that these federal law enforcement officials destroyed or mismanaged internal records of their activities isn’t likely to bolster much confidence in voting Democrats either.

The idea that no one is above the law- even enforcers of the law- and an insistence on transparency in law enforcement have become hallmarks of the left. In light of this, the Democratic Party’s would-be savior of 2018, Robert Mueller, has become 2020’s campaign liability.