“More Help is on the Way”

Congress has reached a stimulus deal to provide another $900 billion in aid. Will it be enough to save Christmas? 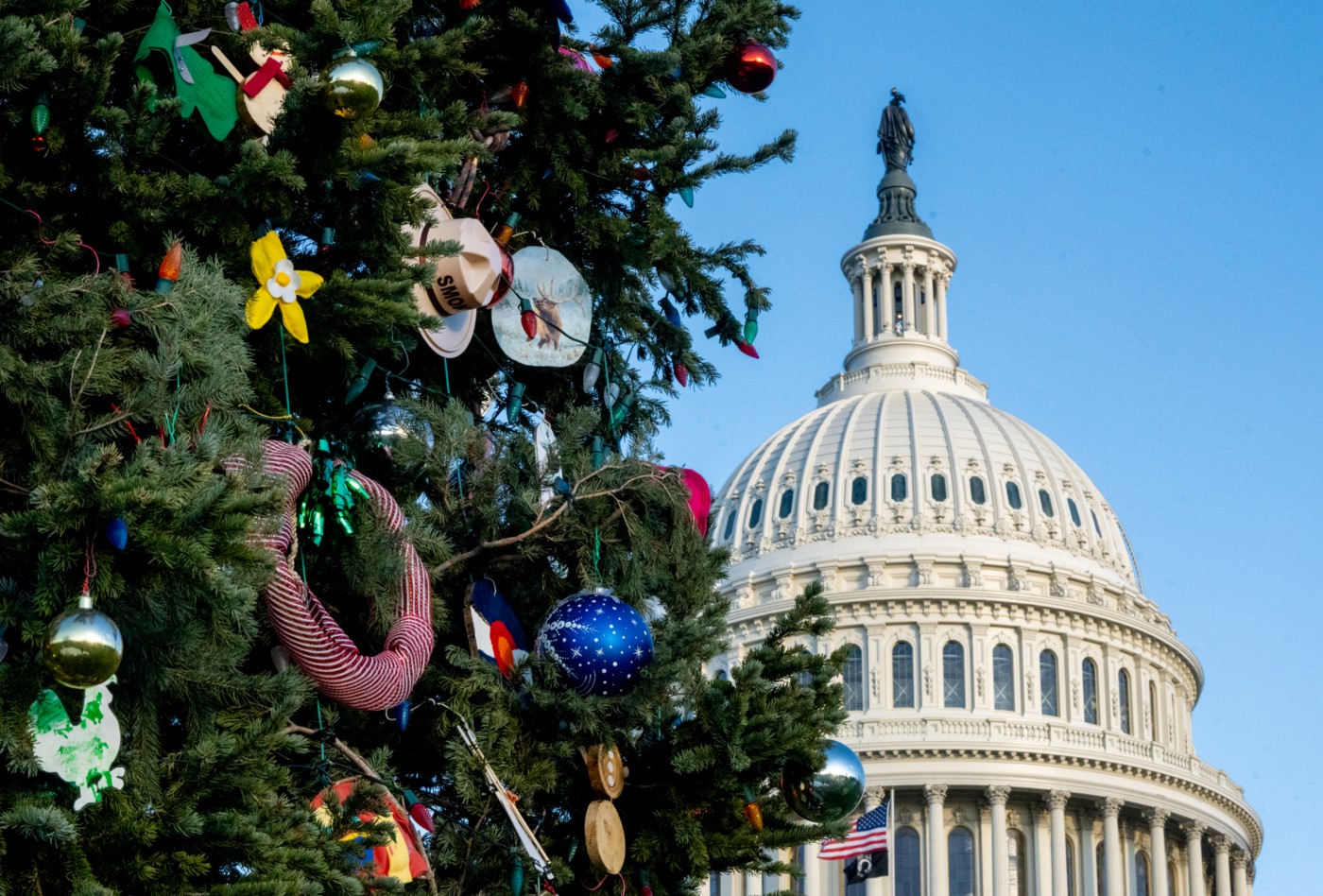 On Sunday, Democrat and Republican Congressional leaders finally reached an agreement on a $900 billion dollar stimulus package, about half the size of the $2.2 trillion stimulus package Congress passed in March. This package will provide direct payments to Americans, jobless benefits for the unemployed, funds for businesses and funds for vaccine distribution.

“For the information of all Senators and more importantly for the American people, we can finally report what our nation has needed to hear for a very long time,” said Senate Majority Leader Mitch McConnell on Sunday night. “More help is on the way.”

“Moments ago, in consultation with our committees, the four leaders of the Senate and the House finalized an agreement. It will be another major rescue package for the American people,” McConnell added.

The agreement includes stimulus payment checks of up to $600 for Americans earning $75,000 per year and $600 for their children. It is also expected to include unemployment benefits at $300 a week for 11 weeks, and will provide an additional $25 billion in rental assistance and $13 billion in nutrition assistance.

The agreement will provide $284 billion in loans for businesses; $69 billion in funds for testing, tracing and vaccine distribution; and $82 billion for colleges and schools.

“We have now reached agreement on a bill that will crush the virus and put money in the pockets of working families who are struggling,” House Speaker Nancy Pelosi wrote to Democrats on Sunday in a letter. “This emergency relief bill is an important initial step.”

While Congressional Republicans didn’t get everything on their holiday wish lists, House Speaker Nancy Pelosi and Senate Minority Leader Chuck Schumer got even less in the latest package. The much-needed bailouts for New York and California- each facing massive budget shortfalls- for which elected Democrats have been aggressively pushing, failed to materialize.

The White House announced that Trump would sign the deal.

President Trump has taken to Twitter on various occasions to push for a stimulus deal, once even making an offer to sign a stand-alone bill for stimulus checks due to back and forth disagreements between Democrats and Republicans.

“If I am sent a Stand Alone Bill for Stimulus Checks ($1,200), they will go out to our great people IMMEDIATELY. I am ready to sign right now. Are you listening Nancy? @MarkMeadows @senatemajldr @kevinomccarthy@SpeakerPelosi @SenSchumer,” President Trump wrote on Twitter on October 6.

The Washington Post reported; “Trump told allies that he believes stimulus payments in the next relief package should be ‘at least’ $1,200 per person and possibly as big as $2,000 per person, the officials said…Trump was in the middle of formally drafting his demand for the larger payments when White House officials told him that doing so could imperil delicate negotiations over the economic relief package, the officials said.”

Sunday night, the House of Representatives passed a one-day government funding bill to avoid a government shutdown at midnight, and the Senate passed a continuing resolution.

President Donald Trump signed the new stimulus bill shortly before midnight, giving Congress 24 hours before the next deadline. The House is expected to pass this stimulus deal and send it to the Senate by Monday afternoon, where Senate leadership is eager to pass it quickly.

The stimulus package may be a done deal in Congress, but whether or not it will be enough to help keep struggling families and small businesses afloat this holiday season is far from certain.

As large segments of the U.S. economy continue to be shut down, financial prospects for the near future continue to dim. With the COVID-19 vaccine being currently distributed, there may be some light at the end of the tunnel.

U.S. lawmakers might have reached an agreement on a new stimulus bill, but their work is far from over. As long as the effects, and after-effects, of COVID-19 continue to be felt by the American people, U.S. congressional lawmakers will have more work yet to do.