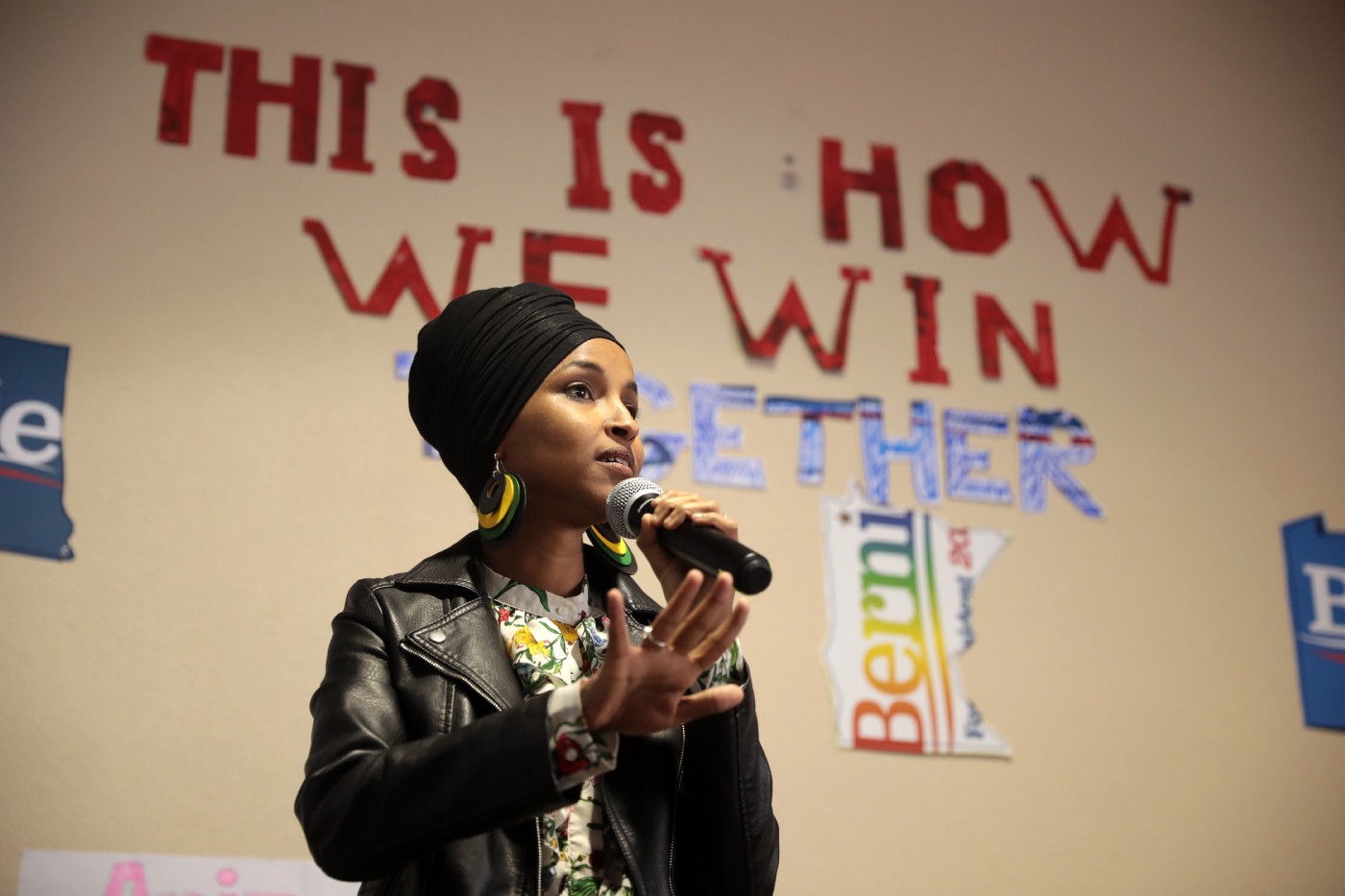 “This is totally illegal. Hope that the U.S. Attorney in Minnesota has this, and other of her many misdeeds under serious review??? If not, why not??? We will win Minnesota because of her, and law enforcement. Saved Minneapolis & Iron O Range!,” the president wrote on Twitter.

According to secretly recorded footage obtained by Project Veritas, Congresswoman Omar’s supporters in Minneapolis appear to be illegally collecting blank ballots from immigrants and bragging about it on social media.

“I have 300 ballots in my car right now,” Mohamed says in the video obtained on July 1, according to the report. “Number’s don’t lie. Numbers don’t lie. You can see my car is full. All these here are absentee ballots.”

The report also features a whistleblower witness who claims absentee ballots are being filled out by “people who work for Rep. Ilhan Omar.” The witness, Minneapolis community leader Omar Jamal, identified Liban Mohamed as “one of” the Democratic congresswoman’s “many people.”

“It’s an open secret,” Omar Jamal told Project Veritas in a video interview. “She will do anything that she can do to get elected and she has hundreds of people on the streets doing that.”

“If American people don’t pay attention to what’s happening, soon the country will collapse,” Jamal added. “The rules and regulations, if you ignore that, and you let corruption and fraud become a daily business, then tough luck. The country will not exist as they know it.”

Earlier in the video, campaign worker Liban Mohamed can be seen saying “Money is the king in this world. If you ain’t got money, you should not be here period.

“Money is everything and a campaign is driven by money,” he added.

Rep. Omar casually dismissed the claims on Twitter by responding to one of President Donald Trump’s tweets about the accusations with a gif graphic of a game show contestant unveiling a card showing $750, referencing the amount Trump allegedly paid in tax in 2016 and 2017.

A spokesperson for Rep. Omar also seemed anxious to turn the conversation toward the unrelated topic of Donald Trump’s taxes: “The amount of truth to this story is equal to the amount Trump paid in taxes of ten out of the last fifteen years: zero.” said Omar’s communications director, Jeremy Slevin.

Most states which allow a third party to deliver ballots have a limit on the number of ballots that can be collected. Under Minnesota law, a third party can only have up to three absentee ballots.

Liban Mohamed took to Twitter to deny the charges, saying “this is not me and my voice fake news mr @JamesOKeefelll.” However, Hennepin County Attorney Jeff Wojciechowski told a Project Veritas journalist that the ballot harvesting was “illegal, and we will be investigating.”

On Monday, the Minneapolis Police Department announced they are also investigating the allegations of illegal ballot harvesting.

Chief Legal Officer for Project Veritas Jared Edge said that Liban Mohamed and other ballot harvesters could face stiff penalties for their alleged violations of the law.

“The federal laws 52 USC §20511, 18 USC §594, and 52 USC §10307(b) and the Minnesota statute 211B.07 prohibit anyone from using undue influence, threats, intimidation, or fraud to influence a person’s vote or to influence them to vote at all,” he continued. “It is also a violation of federal law for anyone who votes for others illegally.”

“In addition to those statues Minnesota has another statute, 211B.11(3), which makes it a misdemeanor to induce or persuade a voter to vote for or against a candidate while transporting the voter to the polls,” Edge added.

O’Keefe and Project Veritas are known for carrying out “sting” operations against liberal and Democratic groups. In 2010, O’Keefe pleaded guilty to a misdemeanor for using a fake ID to enter federal property relating to an operation. He was sentenced to three years probation with 100 hours of community service and a $1,500 fine.

Whether there is any truth to these accusations of an illegal ballot harvesting scheme in Minneapolis remains to be seen. What effect, if any, these accusations are likely to have on the reelection prospects of Rep. Ilhan Omar is also far from certain.

In a contentious election year like this one, accusations of voter fraud aren’t to be dismissed lightly, however. Drawing attention away from these accusations and onto such a tempting target as Donald Trump’s taxes- while it might make an amusing gif for Ilhan Omar’s followers on Twitter- won’t work forever if there is any truth to these claims of illegal ballot harvesting.