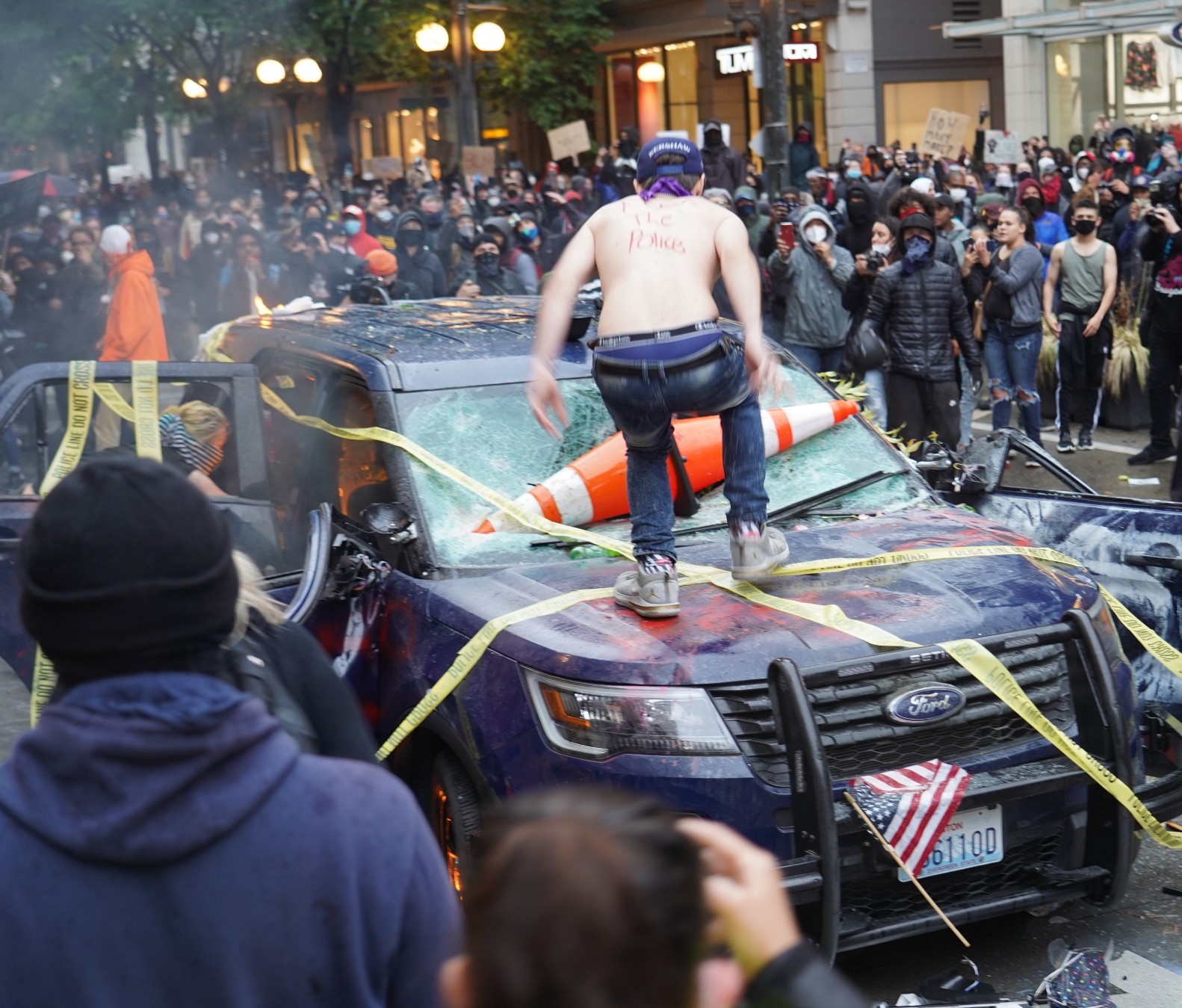 Since long before a riot rocked the U.S. Capitol Building in January, downtown Washingonton D.C. had been boarded up.

After the death of George Floyd at the hands of Minneapolis police officers in May, the nation’s capital, like so many other major U.S. cities, experienced several months during which peaceful demonstrations dissolved regularly into destructive riots.

Progressive news outlet Axios reported in September that the 2020 riots were the most expensive in history- and Axios only examined insurance claims for the two-week period between May 26 and June 8.

Violent crime, and crimes against property like vandalism, looting and arson, have been rising sharply in major cities like New York and Chicago in the months since. Businesses, from corporate heavyweights to tiny mom-and-pops, have been abandoning downtown Seattle and Portland in droves.

Nowhere has this trend been more noticeable perhaps than in downtown Minneapolis. Major sections of commercial districts were destroyed in June, with episodes of looting and arson continuing as the weeks stretched on. Adding insult to injury, downtown Minneapolis business owners, whose businesses had been destroyed during the riot, were forced to bear the high cost of demolishing their newly-condemned buildings.

Amid this uncertainty and chaos, Minneapolis City Council leaders responded to demands from activists that the Minneapolis Police Department be defunded, dismantled and replaced with more community-focused solutions, including better mental health and drug treatment programs, more social workers and public health resources.

City council leaders did more than play to the activist crowd. They also voted unanimously to move forward with a plan to systematically dismantle the Minneapolis municipal police department by stripping funding.

Promising to use “evidence-based strategies,” the city lawmakers ignored objections from the city and community leaders and made good on their promises to defund the police. Popular progressive lawmaker Rep. Ilhan Omar (D-MN) joined the calls to defund the police, promising citizens that safer, more equitable communities could be achieved by dismantling the Minneapolis Police Department.

Merely reforming it, the Congresswoman insisted, would not be enough.

Not everyone in Minneapolis agreed, however. Nor were progressive Democrats united in support of defunding city police departments. Chicago Mayor Lori Lightfoot, Chicago’s first female African-American LGBTQ Mayor, decried the plan as harmful to minority neighborhoods and diversity gains in law enforcement hiring.

Lightfoot pointed out that most police department diversity gains have been in new hires over the past decade. Because of union contracts, she argued, cuts in police funding, would mean firing police officers with less seniority.

Community members in downtown Minneapolis, including many small business owners, raised the alarm on defunding the police as well. Wealthy residential areas and upscale commercial districts, these defund objectors pointed out, would have no problems were there suddenly no more police officers patrolling the streets of Minneapolis.

As so it has proved. In the months since Minneapolis city leaders went ahead with plans to defund and dismantle the Minneapolis Police Department, the city has suffered a crime wave unlike anything seen since the 1990’s. Gunshot victims have more than doubled from the previous year, carjackings increased 331%, and violent crime is up by at least 25%.

Homicides in Minneapolis are up 50%.

For those unable to afford private security features, brigades of armed citizens have formed to protect neighborhoods, homes, and local businesses from the nightly vandalism, looting and violence. There have been other unintended consequences as well, including a historic surge in gun sales.

In November, Minneapolis Police Chief Medaria Arradondo begged the city council for an extra $500,000 to hire outside help from the nearby Hennepin County Sheriff’s Office and the Metro Transit Police.

Yet as recently as January 15, 2021, the Minneapolis City Council was still promising to move ahead with its plans to reimagine policing in Minneapolis as a new public safety agency.

This week, however, Minneapolis city lawmakers seem to have changed their tune. They have gone from defunding police and stripping police budgets to voting unanimously to release $6.4 million to the Minneapolis Police Department to hire new recruits.

Considering the unexpected surge in violence crime, perhaps the city leaders have thought better of eliminating the Minneapolis Police Department. In spite of the promises of city council leaders that solutions would be evidence-based, the actual evidence highlights the situation more plainly.

Without a plan to address violent crime in the city of Minneapolis, and to protect the citizens of Minneapolis and their property from criminals exploiting this period of COVID-19 and social upheaval for their own ends, city leaders might want to rethink defunding.