Meet the World’s Most Powerful Man 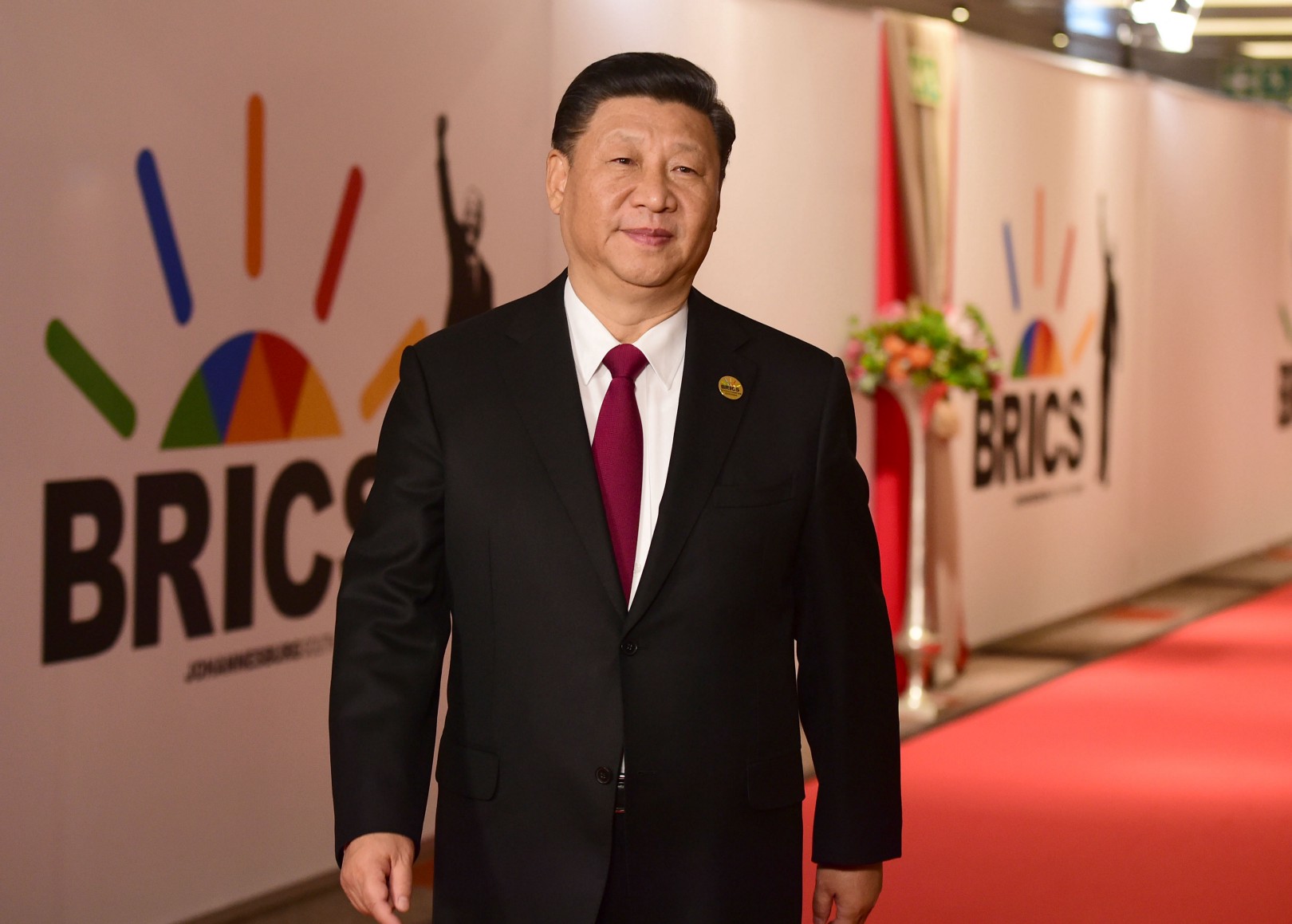 2020, perhaps more so than any other year in our modern history, was filled with winners, losers, and sharp contrasts between the two. Those who managed to win, won big; the losers lost bigger.

Amazon won, big. Small businesses lost, bigger. Donald Trump lost and Democrats won, albeit at a considerable cost and not quite as big as they’d hoped, all things considered.

Western economies lost, big. Democratic governments aren’t having an easy time flipping the economic switch back on, either. Even getting kids back in school, a crucial economic step that has been happening all over the world without major catastrophe for six months or more, isn’t proving easy.

Just today, Washington Governor Jay Inslee issued an emergency proclamation order requiring schools to return to in-person learning, which says a great deal. His office also felt the need to write a lengthy post to Medium explaining the decision in painstaking detail, which says even more.

As Western economies, and those who run them, have lost their collective will to function sensibly, one winner to eclipse all others, even Amazon, has emerged.

The undisputed champion of the world in 2020, 2021, and beyond, is the Chinese Communist Party and its all-powerful head, Xi Jinping.

The coronavirus is vanquished in China and the mistakes of the CCP, if there were any, remain largely unknown to the world. The Chinese economy is not only back on track, it is healthier than ever. What has been looking inevitable for a decade, COVID-19 has hasted. The Chinese economy will soon, much sooner than U.S. economic expert feared, grow larger than that of the U.S.

What experts predicted would take 20 years will now take less than 5.

That isn’t the only thing that has shifted in Xi Jinping’s favor. In addition to beating the U.S. in the 5G race, rare earth elements, and a number of other fields, in a simulated war game held by the Air Force recently, the U.S. lost.

And it isn’t just a game. A leading Chinese think tank just advised the CCP to prepare for war with the U.S. after describing tensions between the two super-powers as the worst they’ve been since Tiananmen Square. As if the CCP needed this advice.

“What many Americans don’t realize is that years of classified Pentagon war games strongly suggest that the U.S. military would lose that war,” reported Yahoo News March 10, 2021.

One secret to its success in 2020 was that the Chinese Communist Party system of dominant governance was far better suited to dealing with a pandemic like COVID-19 than that of its Western counterparts. China was perfectly equipped to handle the pandemic, and its aftermath- from being the main manufacturer of critical medical supplies to maintaining strict movement control within the country.

The CCP may have ended abject poverty in China, but they have also effectively ended privacy. Everything people in China say and do, online and off, is known to the Chinese government. Not even emotions can be hidden from the state any longer.

China’s highly-advanced surveillance system aside, controlling absolutely the flow of information puts the CCP at a distinct advantage in getting people back to work and avoiding any blame for the pandemic. Xi Jinping has the kind of absolute power to control the narrative that Western politicians can only dream of, even the progressive ones.

Consider the tone of almost grudging respect in “No ‘Negative’ News: How China Censored the Coronavirus,” whereupon the New York Times explains how the Chinese Communist Party used its fearsome powers of data management to control the narrative about its responsibility for COVID-19.

“Thousands of internal directives and reports reveal how Chinese officials stage managed what appeared online in the early days of the outbreak,” we are told by the NYT.

From the cautionary tale of Dr. Li Wenliang, one of the first medical professionals to warn about a new novel coronavirus, we learn what lengths CCP officials were willing to go to, not to contain the virus, but to contain information about it.

“To people at home and abroad, Dr. Li’s death showed the terrible cost of the Chinese government’s instinct to suppress inconvenient information,” lamented the Times before launching into a detailed description of the herculean efforts of Chinese censors to “reclaim the narrative” through local propaganda outfits and news outlets.

“And they activated legions of fake online commenters to flood social sites with distracting chatter, stressing the need for discretion: ‘As commenters fight to guide public opinion, they must conceal their identity, avoid crude patriotism and sarcastic praise, and be sleek and silent in achieving results.’”

And achieve results they have. No one knows what really happened in Wuhan. It is doubtful they ever will.

The worldwide scientific community, including WHO scientists attempting to study the origins of COVID-19, were kept out of the epicenter for a year. They still haven’t been granted access and remain in the dark about about many aspects of the virus.

“All Cyberspace Administration bureaus must pay heightened attention to online opinion, and resolutely control anything that seriously damages party and government credibility and attacks the political system,” read the CCP official directive.

“The orders were among thousands of secret government directives and other documents that were reviewed by the New York Times and ProPublica,” wrote the New York Times. “They lay bare in extraordinary detail the systems that helped the Chinese authorities shape online opinion during the pandemic.”

“At a time when digital media is deepening social divides in Western democracies,” the NYT continues on obliviously, “China is manipulating online discourse to enforce the Community Party’s consensus.”

Besides missing the obvious implication that the same massive online army of Chinese Communist Party propagandists may be “manipulating online discourse” well beyond the borders of China and in fact “deepening social divides in Western democracies,” the NYT both acknowledges CCP propaganda exists and perpetuates it.

“Hong Kong is China, Like It of Not,” said the paper of record in October of 2020. “Something had to be done, and the Chinese authorities did it,” wrote the author, a Hong Kong politician obviously friendly with the CCP and sounding every bit as authoritarian as anyone’s worst nightmare of Donald Trump.

“Several prominent democracy advocates have since announced their retirement from politics, disbanded their parties or fled the city,” the author continued, unaware perhaps that no opposition candidates will be allowed to run against the CCP anyway- “only patriots”.

“The West tends to glorify these people as defenders of Hong Kong’s freedoms, but they have done great harm to the city by going against its constitutional order and stirring up chaos and disaffection toward our motherland,” is a master-sentence of propaganda worthy of the cold-war era Soviet Union.

Democracy advocates in Hong Kong are in serious trouble under the absolute rule of Xi Jinping, and they aren’t alone.

“China sharpens language, warns Taiwan that independence ‘means war’,” reported Reuters in January. The Chinese Communist Party, it seems, has been repeatedly testing the sovereignty of Taiwan’s airspace. Nor have Chinese officials been the least bit apologetic in response to an international outcry.

“The military activities carried out by the Chinese People’s Liberation Army in the Taiwan Strait are necessary actions to address the current security situation in the Taiwan Strait and to safeguard national sovereignty and security,” said a Chinese Defense Ministry spokesperson. “They are a solemn response to external interference and provocations by ‘Taiwan independence’ forces.”

In a major speech recently, Xi Jinping promised to turn China’s attention from growth to consolidation over the next years. Whatever that consolidation might entail, for Hong Kong, Taiwan, Uyghur Muslims, the environment and the Western world, there is no one who can stop Xi Jinping and the Chinese Communist Party now.