Media Bias is Out of Control

The purpose of journalism isn’t placating people on Twitter so advertisers can sell them a product. 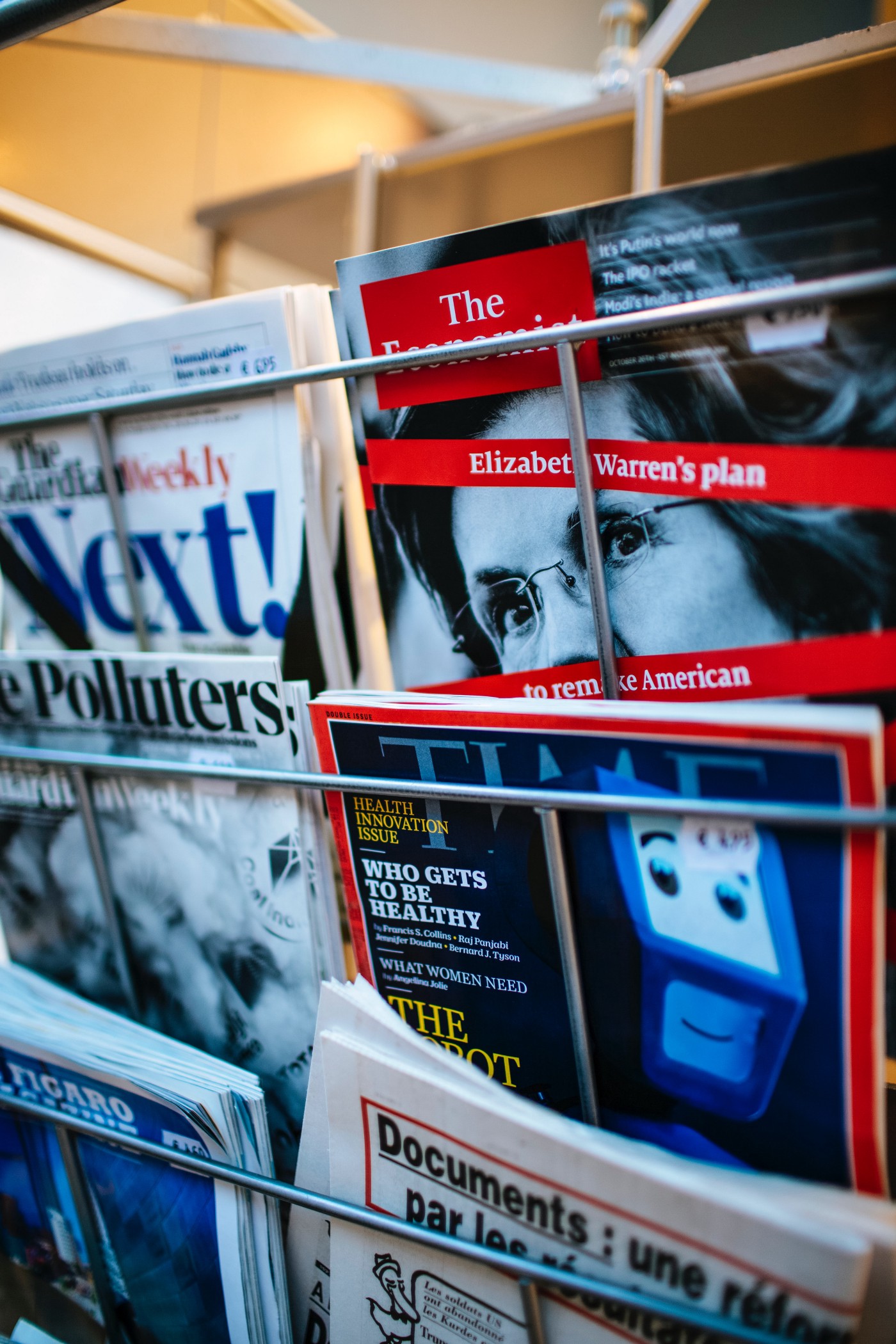 Photo by Markus Spiske on Unsplash.

“If you don’t read the newspaper, you are uninformed. If you do read the news you are misinformed.” — Mark Twain

In the age of technology in modern America, it may feel like there are limitless options for news, entertainment and media.

However, a very small handful of media conglomerates have control over 90% of the “unlimited” media we consume on a daily basis.

There are a few major news organizations which are not owned by these big conglomerates: The New York Times, The Washington Post. The Chicago Tribune and Los Angeles Times are both owned by the Tribune Company. Hearst Publications also owns 12 newspapers including the San Francisco Chronicle, as well as magazines, television stations and cable and other media.

Corporate owned news media in the hands of so very few, gives the dissemination of information from corporations unrivaled legitimacy. If news outlets wanted to push a mass agenda or idea to most Americans, it would be easy to do so.

In March of 2018, a clip was published on Youtube, of various reporters reiterating the same script, warning viewers about fake news and incoming “threats to our democracy.”

This video shows local CBS, ABC, NBC, and Fox affiliates share the same message,”Unfortunately, some members of the media use their platforms to push their own personal bias and agenda to control exactly what people think,” the anchors say. “This is extremely dangerous to our democracy.”

For the last four years, President Donald Trump has accused the mainstream media of peddling “fake news” and being biased against him to fulfill an agenda. In response, news organizations have insisted that his attacks demonize freedom of the press.

Regardless of your support or lack-thereof of President Trump, the question still stands: Is he really demonizing the freedom of the press?

Well first, how much freedom do the press really have under this current model of corporate-owned mass media?

The people we trust to keep us informed assure us that their viewpoints are solely their own, and not influenced by the paychecks they receive from corporations that allow them to have a platform.

Only last week, Bari Weiss, a New York Times op-ed writer and editor, wrote a resignation letter to the company, describing the bullying she experienced at the organization for being a self-described centrist.

Weiss says she’s been “the subject of constant bullying by colleagues who disagree with my views.”

“They have called me a Nazi and a racist; I have learned to brush off comments about how I’m ‘writing about the Jews again.’ Several colleagues perceived to be friendly with me were badgered by coworkers. My work and my character are openly demeaned on company-wide Slack channels where masthead editors regularly weigh in. There, some coworkers insist I need to be rooted out if this company is to be a truly ‘inclusive’ one, while others post ax emojis next to my name. Still other New York Times employees publicly smear me as a liar and a bigot on Twitter with no fear that harassing me will be met with appropriate action. They never are.” — Bari Weiss

She continued to describe how her experience was not unique, “the truth is that intellectual curiosity — let alone risk-taking — is now a liability at The Times. Why edit something challenging to our readers, or write something bold only to go through the numbing process of making it ideologically kosher, when we can assure ourselves of job security (and clicks) by publishing our 4,000th op-ed arguing that Donald Trump is a unique danger to the country and the world?”

Hours after the Times confirmed Weiss’s departure, writer Andrew Sullivan announced he was leaving New York Magazine by the end of the week. He, like Weiss, has spoken out about the current cultural and political climate that stifles open debate.

“I have no beef with my colleagues, many of whom I admire and are friends,” Sullivan tweeted. “The underlying reasons for the split are pretty self-evident.” But he expressed solidarity with Weiss: “The mob bullied and harassed a young woman for thoughtcrimes. And her editors stood by and watched.”

In response to Weiss’ resignation, Kathleen Kingsbury, the acting editorial page editor said, “We appreciate the many contributions that Bari made to Times Opinion. I’m personally committed to ensuring that The Times continues to publish voices, experiences and viewpoints from across the political spectrum in the Opinion report.”

The opinion section of the New York Times isn’t the only sector that seems to be stifling differing opinions. Head of The New York Times editorial page, James Bennet, resigned amid reports of anger inside the company after he oversaw the publication of an opinion piece by Sen. Tom Cotton (R-AR), which called for deploying federal troops to end unrest sparked by the death of George Floyd.

In-house bullying of reporters that don’t fall in line with the majority’s group think, which Weiss noted dominated the paper’s coverage from front to back, shows resemblance to the mob mentality that has taken over social media.

Weiss lamented the environment on social media, stating that “Twitter is not on the masthead of The New York Times. But Twitter has become its ultimate editor.”

The motivations for such efforts concerted bullying efforts is worth considering. Who exactly are these centrist opinions endangering?

Are moderate ideas truly such a threat to Democracy that they must be censored? Are they so dangerous as to require these orchestrated efforts to silence any viewpoint that questions the orthodoxy of the left?

Or are corporate interests at the heart of these efforts? Wrong-think, and being associated with it, is so damaging to the corporate bottom line that ad revenues have fallen off a cliff for news publications in the past few months.

The reason for this is simple: All the news has been about COVID-19 and the death of George Floyd. No advertiser can risk the wrath of Twitter should their ad appear alongside terrible news about coronavirus deaths or serious think-pieces about racism in America.

To risk the wrath of Twitter is to risk the bottom line. With this is mind, it is easy to understand why so much of the news is dedicated to assuaging progressive sensibilities.

And why dissenting opinions can’t be tolerated.