Donald Trump broke objective journalism. We need it back. 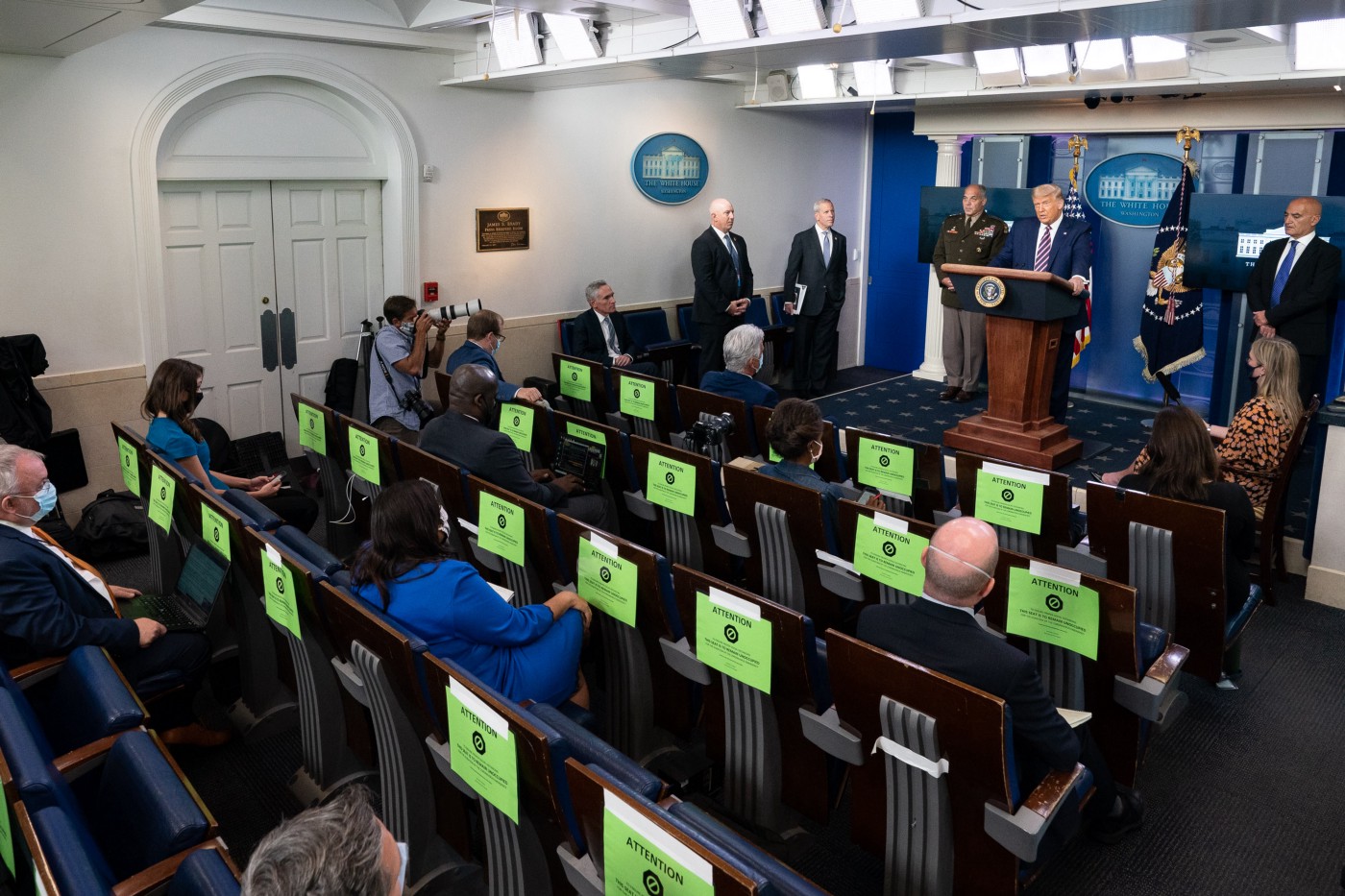 Throughout his campaign and presidency, Donald Trump has been the subject of a relentless media crusade. That erstwhile media standards like objectivity have gone out the Overton Window is no longer a fringe conspiracy theory of the right. More and more liberal luminaries in the fields of journalism are waking to a new and sobering reality:

“How will this make Donald Trump look?” is the new gold standard for American mainstream journalism, and it isn’t a good one. It has serious limitations.

The most recent example of the limits of this new media standard came last week, after Trump helped negotiate another peace treaty between Israel and Bahrain and was nominated a second time for a Nobel Peace Prize.

Trump’s first nomination for a Nobel Peace Prize was from Norwegian Parliament member, Christian Tybring-Gjedde, for the president’s role brokering relations between Israel and the United Arab Emirates and for breaking a, “39-year-old streak of American Presidents either starting a war or bringing the United States into an international armed conflict.”

The second nomination came from Magnus Jacobson, a member of the Swedish Parliament. Jacobson nominated President Trump and the governments of Kosovo and Serbia for the 2021 Nobel Peace Prize for economic cooperation and trade talks.

Despite President Trump’s major foreign policy accomplishments of the past few months, some journalists and news outlets have failed to give credit to Trump where credit is due. A writer at “The Atlantic” even published a piece calling for the abolition of the Nobel Peace Prize simply due to President Trump’s nomination.

Various commentators criticized and ridiculed the Atlantic article on social media. RealClearInvestigations senior writer Mark Hemingway wrote on Twitter,”I don’t expect the media to like Trump and don’t care about the Nobel, but the hostility here is discrediting.”

“I thought people were just trolling the Atlantic when they were saying they’re calling for the end of the Nobel Peace Prize in response to Trump being nominated for 2, but alas, nope: it is real,” Daily Wire contributor Harry Khachatrian tweeted.

President Trump has been under constant attack by mainstream media journalists since he unexpectedly assumed his office in 2017.

While he certainly has his detractors in the press, friends and supporters of President Trump stood up and defended him recently at the Republican National Convention.

NFL legend Hershel Walker detailed his 37 year-old “deep personal relationship” with the president, saying he took it as a “personal insult” that people would think he would have a 37 year friendship with a “racist.”

“He has accomplished so much, almost all by himself under constant attack. But there is more work to do,” Walker said. “If you love America and want to make it better, Donald Trump is your president. He’s my president, and I’m blessed to call him friend.”

“Just because someone loves and respects the flag, our national anthem, and our country doesn’t mean they don’t care about social justice. I care about all of those things, and so does Donald Trump,” Walker added.

“I have said it before and I’ve said it again — he is one of the most loyal human beings I’ve ever met. The man has unstoppable energy,” White said. “No one, and I mean no one, is going to outwork this guy. Most important, he truly loves and believes in our country. He believes in the people of this country.”

Trump once claimed at a rally that the presidency “is costing me a fortune”. Forbes estimated that Trump’s net worth was approximately $4.5 billion in 2015. They estimated $3.1 billion in Aug 2019, a drop of $1.4 billion, which has gone down by about another billion since the start of the pandemic. Forbes now estimates President Trump’s net worth at $2.1 billion.

In addition to the costs to his personal wealth, Trump has chosen to donate his salary President. Trump recently donated the last quarter of his $400,000 annual pay to help repair national monuments damaged during anti-police brutality protests.

“I promised YOU I would not take a dime of salary as your President,” Trump tweeted. “I donate the entire $400,000! It is my honor to give $100,000 to @NatlParkService to help repair and restore our GREAT National Monuments.”

Trump loaned $43.5 million to his campaign during the 2016 Republican primary, touting this self-funding as evidence of his independence from special interests.

“I didn’t need to do this, folks, believe me — believe me. I built a great company and I had a wonderful life. I could have enjoyed the fruits and benefits of years of successful business deals and businesses for myself and my family. Instead of going through this absolute horror show of lies, deceptions, malicious attacks — who would have thought? I’m doing it because this country has given me so much, and I feel so strongly that it’s my turn to give back to the country that I love,” President Trump said in a 2016 campaign speech.

The mainstream press has avoided reporting any such positive news about the Trump administration. At the same time, journalists in the mainstream press have pursued and relentlessly reported every accusation, no matter how unsupported, and have often been left with egg on their collective faces, issuing corrections and giving credence to Trump’s claims of media spuriousness.

Trump insisted four years ago that he takes “these slings and arrows gladly”.

In 2016, it was easy to dismiss claims of media bias made by the Trump campaign. Now, however, the way the media has covered the major geopolitical breakthroughs of the past months, Trump’s claims about media bias may be much easier for undecided and independent voters to believe.