Marie Kondo Privilege Detractors are Missing the Deforestation for the Trees

Managing the toxic impact of irresponsible consumerism on global poverty. 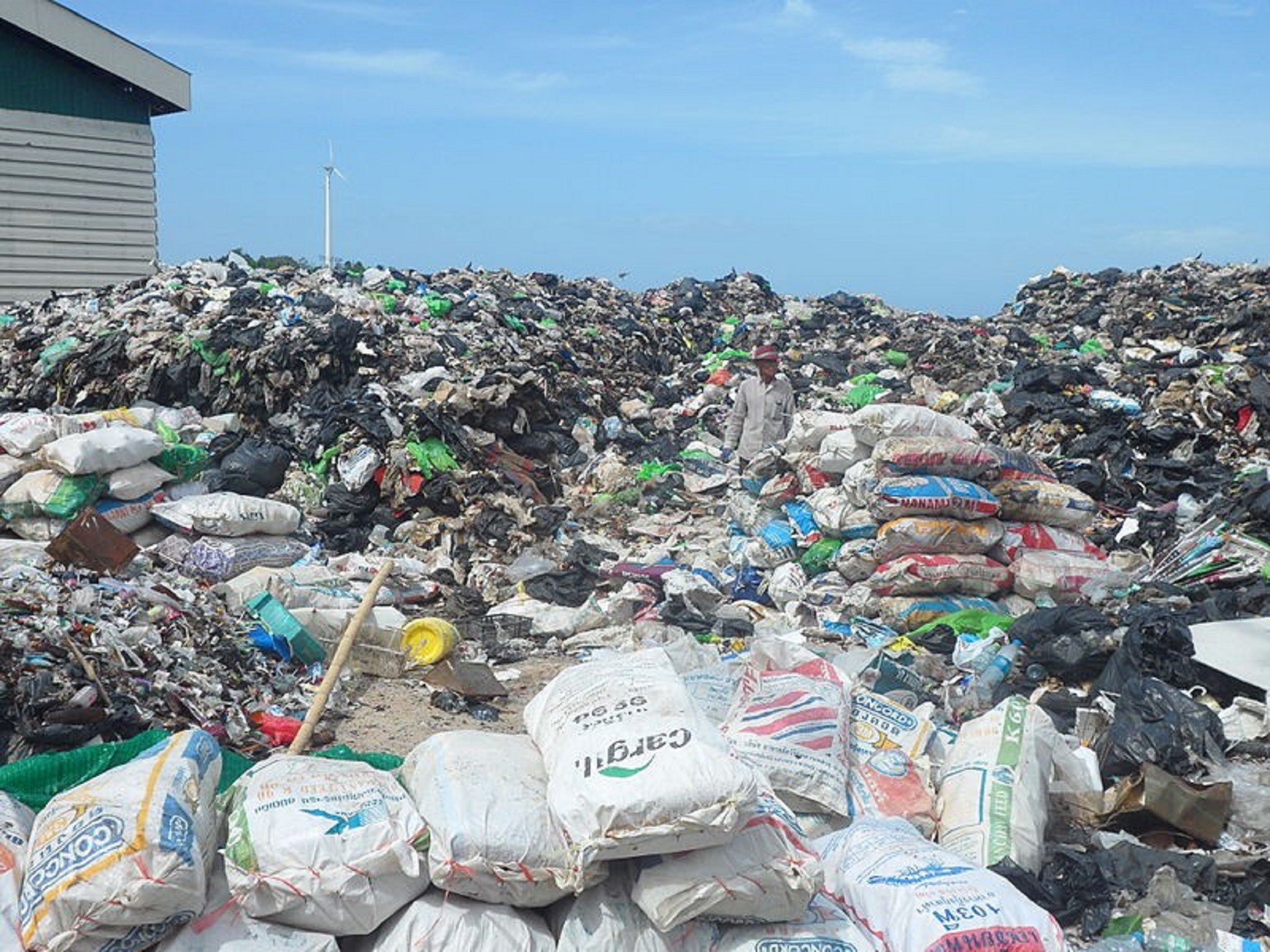 Tidying-Up the Impact of Wealthier Nations

Organizational guru Marie Kondo has a new hit show on Netflix, based on her best-selling book; it’s about saving the world.

In each episode of “The Life Changing Magic of Tidying-Up,” Kondo is invited into a home to help sort through, organize and store personal belongings. The homes are normal; viewers are clearly meant to see themselves in the families featured.

These people are not hoarders; they just have too much stuff. Family members can never find anything and it is making their lives miserable. They need help getting rid of extra stuff, and help organizing the rest.

Kondo’s rule of thumb is simple; each item you own should spark joy. It’s a high bar, but that doesn’t hurt poor people at all.

If you think that the “spark joy rule” smacks of privilege, you are missing the larger point: This rule is not pushing the privilege agenda; it is pushing back against it. Not at the effect, at the cause.

Lower-income people do not have the luxury of surrounding themselves only with things that spark joy and/or replacing their belongings whenever they choose.

One of the main causes and drivers of poverty, and generational poverty, around the world is that wealthier people, and wealthier nations, are simply consuming much too much. Of everything.

Some people in wealthier nations are even consuming too much until it quite literally kills them: Obesity now kills more people worldwide than car crashes, terror attacks, and Alzheimer’s combined.

“More than 800 million people have insufficient food, while many more consume an unhealthy diet that contributes to premature death and disease,” — Walter Willett, Harvard

The environmental impact of wealthy nations is staggering. Wealthy nations are consuming too much stuff, making too much trash, eating too much food, and indulging in massive, devastating animal agriculture operations in order to meet the demand for too much meat.

While other people starve to death.

Rampant consumerism is a social disease that hurts the world’s poorest populations the most. Marie Kondo has the cure.

The U.S., like many other wealthy nations, exports excess garbage to poorer nations. Countries which, in economic desperation, accept it.

Other countries in the grip of criminally unscrupulous governments, due to the greed of a handful of individuals also accept.

They accept: Does that make it ok?

Is it exploitation, or commerce?

Good news: These figures are actually way above average. Bad news: That’s because China is no longer taking our garbage. China Has Refused To Recycle The West’s Plastics. What Now?

The “Ghana Electronics Dump”, a vast graveyard where old electronics are sent, is so large it can be seen from space. This isn’t the only site like this one, it is only the largest. 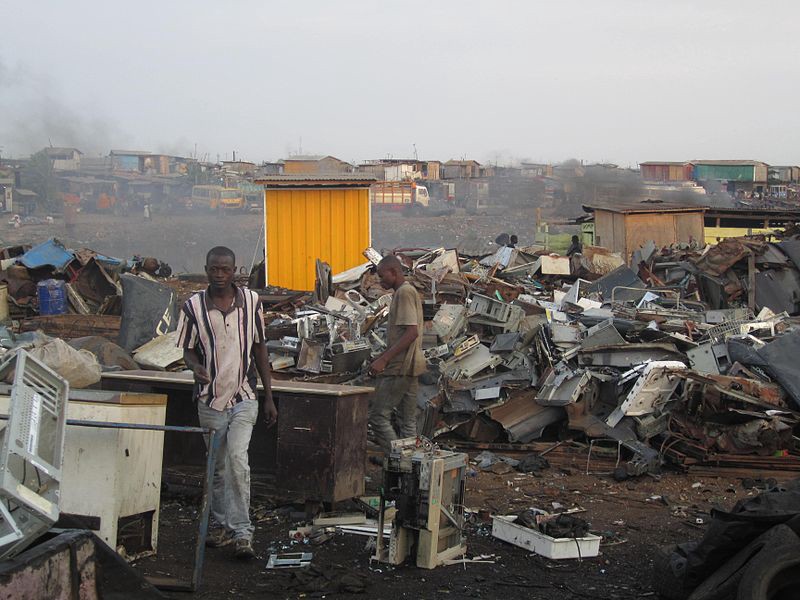 When these nations all stop taking our garbage, where do you think it is going to go next? To the wealthier areas in the U.S. or to the poorer ones?

Where do you think it goes in the nations that take it now?

Trying to put a stop to all this rubbish- literally- is not a bourgeois goal at all. It is not an exercise in privilege. Quite the contrary.

But it needs to happen, because things are about to get a great deal worse for the world’s poorest people.

Anything You Can Do, I Can Do Billions

Every irresponsible step mankind has taken towards rampant consumerism and poor planet stewardship in the past 100-years is just a jumping-off point.

Do you think they will be immune to the wiles of advertising?

Everything the U.S. has done- from single-use plastics to dumping tons of toxic waste into the ocean until 1992, and beyond, China and India will now do, too.

Every environmental error and misstep of the industrial age now has a multiplier of seven, conservatively.

Colonialism by Any Other Name

Kondo’s tenets of mindfulness with regards to the things we buy, the high bar of sparking joy, acknowledgment of the responsibility for care and keeping, even the thanking for it’s service, is balm for the burn of conspicuous consumerism.

The idea that when you buy something, you are responsible for it for the rest of it’s life, even long after you are done with it and have thrown it away; that you are responsible even for how it began its life before it came to you, is a revolutionary, anti-advertising message.

Because it matters whether the person who made it was paid a living wage, or is even now sewing “help me” messages into the tags of cheaply made clothing from a slave labor camp operation in Malaysia.

Downton Abbey is a beautifully-produced show, I grant you. The costumes! The manners! The breathtaking estate nestled in the gorgeous English Countryside!

I don’t like it as well when I remember that only oppressive colonialism made wealth like that possible in the first place.

And that, although slavery had been illegal in England for a long time, the gentle Lord and his plucky chaffuer-turned-son-in-law would have had to periodically visit their Caribbean islands in order to repress an uprising of the enslaved people there.

Is conspicuous consumerism really any better?

If is done on the backs of poor people in developing nations, it’s just as bad and worse. The fact that rampant consumerism is so widely and completely socially acceptable, and even encouraged in wealthier nations, makes it worse.

It makes it worse that consumers in wealthy nations are brainwashed by trillion-dollar advertising budgets to buy, buy, buy, while any violence, environmental damages, and exploitative practices done on their behalf are carefully closeted away.

The Double-Edged Sword of Consumerism

“Hoarders”, a reality show about people who can’t even function in their houses because they have so much stuff, isn’t the opposite of Marie Kondo’s the Life Changing Magic of Tidying-Up; it’s the same show.

Hoarders don’t represent something aberrant. Hoarding, by any current worldwide standard or viewed in the context of any previous historical period, happens in most American homes today.

Hoarders think that stuff will make them happy. That it doesn’t and hasn’t genuinely mystifies them.

Why on earth would they think that?

The obvious answer, of course, is because advertisers have spent trillions of dollars a year, every year, since they were born, trying to convince them that they will be happier/thinner/richer/more popular/more loved if they buy more stuff.

Hoarders think stuff will make them happy because advertisers have used every manipulation from promising popularity and sex, to playing on popular political sentiments and capitalizing on social movements, to convince them of it.

What is perhaps worse, is that hoarders are also convinced, as is anyone who is holding on to or buying something they don’t want, don’t like, don’t need and don’t care about, that not having all this stuff will make them unhappy.

That is doesn’t make you unhappy at all is the radical message of Marie Kondo’s “The Life Changing Magic of Tidying-Up.”

One junk drawer and over-flowing closet at a time.

The impact of consumerism, the power of advertising, exploitative practices masquerading as commerce in a free-market system; these things make the problem of addressing the impact of wealthy nations a difficult one.

Convincing wealthy people around the globe to buy less, eat less, demand less, consume less is a matter of hearts and minds in a free-market system.

Our current massive, world-wide, free-market system is so inextricably linked to global capitalism, that socialism and communism are now even theoretically impossible.

Even a communist giant like China; the Chinese government is currently harnessing the power of cheap labor in a post-industrialized, pre-regulatory age to make massive amounts of products to sell to…wealthy capitalist nations like the U.S.

The entire Chinese economy is built on it. Is communism really communism if it needs capitalism to work?

Convincing wealthy people around the globe to buy less, eat less, demand less is not a bourgeois goal, but it is a lofty one. Marie Kondo has her work cut out for her.

Lucky for all of us, she loves a mess.