Will the U.S. economy ever fully recover from such a lengthy shut-down? Not if the media can help it. 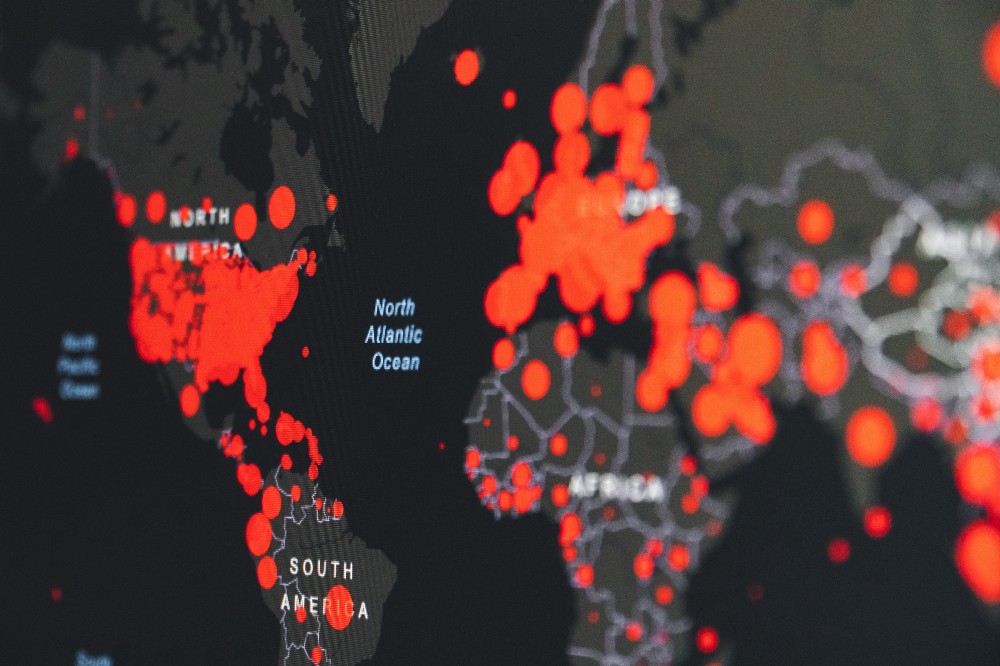 Convincing people to isolate at home during the outbreak of a deadly virus was, at first, surprisingly easy.

With what boundless optimism we began this long and lonely coronavirus journey. In the beginning, we indulged wholeheartedly in novelties like Zoom as we cluelessly planned to be back about our normal routines in no time.

How quickly “flatten the curve” and “two weeks to slow the spread” became “just another six months” then “we are never, ever getting back to normal”. Calling off large sporting events seemed like a no-brainer. Pulling kids out of school, especially poor and at risk kids, seemed, to some, less so.

After all, Uber Eats and Amazon Prime deliveries were continuing apace for America’s new elite Laptop Class, who easily transitioned to at-home jobs and lost no income during this time, plus likely received stimulus money at that. The better to online shop at Amazon, which saw a 38% increase in year-over-year profits in 2020.

Less time at the office seemed just the thing to this class of Covid-19 winners. And since they were so often also members of the media, advocating for continued, wide-spread economic shut downs- for safety’s sake, of course- was likewise a very easy choice.

Not everyone was a winner in the Covid-19 shut-downs, as two-weeks to slow the spread became a year in which many of us feel we’ve at least lived five. Small local businesses, the ones still hanging on, can only dream of Amazon-like profit margin increases like 38%.

Covid-19 hit minority neighborhoods and the working poor particularly hard, our journalistic elites have been busily noticing this entire time, though failing to note the main reason for this unfair discrepancy.

Minorities and the poor have been hit particularly hard by Covid because so many have been out working this entire year…so that the Laptop Class could stay home and safely quarantine in comfort, if not opulence.

The working poor, of all descriptions, hold more of those jobs deemed “too essential” (for elites) to forego during this difficult time. Food service industry employees, public transportation operators, clerks, truck drivers, maintenance service personnel; a entire service industry dedicated to doing for those clever white-collar workers moonlighting as pro lock-down social media influencers what they fear to do in-person for themselves.

No sports for the hard-working essential workers, either; no socializing, no events, no music, no religious services, no in-person public school for their children- just platitudes about selfless service and high-profile elites who frequently flout these restrictions.

Then George Floyd was murdered and the lock-downs, though lock-downs in name only, effectively ended. When public health authorities authorized tens of thousands of people to take to the streets en masse, advocates for social justice, who were willing to risk catching Covid themselves and spreading it to the more vulnerable, were not the only ones who got the message.

Human nature being what it is, what one person is permitted to do, another feels entitled to do.

Whether you agree with their reasoning or not, giving one group permission to gather in extremely large numbers made it all but impossible to prevent others from doing likewise. After all, there are always plenty of reasons to protest. Each group protesting must feel it a worthwhile cause. Otherwise, they wouldn’t bother.

Other inconsistencies in the policies of public health officials, worldwide, impacted rates of lock-down compliance as well.

For these and other reasons, switching the economy back on- that is, trying to return to some semblance of normalcy- is proving just as difficult convincing 330 million people- minus the 1/3 of “essential workers” and anyone protesting for social justice- to isolate at home for over a year.

The March jobs report is good news; but there was good news on that front last month, too, though the press took little notice.

So far, red states like Florida, and it’s much-maligned in the press Governor Ron DeSantis, are reopening sooner and recovering faster than blue states like New York and its much-beloved in the press- at least until recently- Governor Andrew Cuomo.

Whether this trend will continue may depend largely, not on state and local governments, not on vaccine distribution rates or even rates of Covid-19 infection, but whether or not the mainstream press, which is overwhelmingly liberal, can be persuaded by its better angels to report fairly, even boringly, on the virus.

In spite of data supporting it, and children worldwide benefitting from it, the city of San Francisco had to actually file suit recently against the Board of Education and the school district to force a return to in-person learning. Nearby, in equally deep-blue Washington, Gov. Jay Inslee had to issue an emergency proclamation requiring schools to reopen.

Given that the labor force participation rate for adults with children who remain in distance-learning programs is 12% lower than parents whose children are attending classes in-person, that Democrat governors have had to take such drastic measures is a bad sign for blue states.

Part of the problem is overly-sensationalistic coverage of the outbreak by corporate media outlets, who exist, lest we forget, to sell newspapers and ad-clicks- not, as is a common misconception, to inform the public of facts.

As a result, more than one-third of us, in spite of a mountain of scientific evidence to the contrary, still estimate our chances of being hospitalized or dying with Covid-19 far higher than they actually are.

A massive Franklin Templeton-Gallup Economics of Recovery Study of 35,000 people, detailed in “How misinformation is distorting COVID policies and behaviors,” found strong evidence that the deluge of scary covid stories we have been subjected to over the past year- when we have been shut inside our houses, a captive audience- have found their mark.

More troublingly, since mainstream media outlets have focused more exclusively on their progressive audiences over the past years, blue states are bearing the brunt of it.

“The Economics of Recovery Study contributes to this research by showing that the polarization of the pandemic goes beyond behavior and policy preferences,” the study’s authors found. “It is happening at the most basic level: the interpretation of facts. Republicans consistently underestimate risks, while Democrats consistently overestimate them.”

The average American drastically overestimates Covid-19 deaths in people under the age of 24, believing the likelihood of death at 8%. The rate is actually 0.1%.

“Democrats were further off than Republicans and more likely to overstate the risks to young people, even after accounting for age, race, gender, geographic, and educational differences,” the researchers concluded. “The fact that COVID-19 poses a much higher risk to the old than the young was the most clear feature of the virus from very early on,” the report lamented, “it is remarkable that many Americans remain misinformed about this basic factor and continue to see it through a political lens.”

“Taken together,” the researchers concluded ominously, “this evidence suggests the economic damage resulting from the COVID-19 pandemic could have been considerably less severe if the public were exposed to less sensational and distorting media.”

Given the inescapable facts that the U.S. corporate media machine A.) still needs to sell ad-clicks with ever more sensational headlines, B.) has experienced a poverty-inducing drop in viewership recently, and C.) has proven beyond a doubt that fear sells, blue states, participants the economy, small businesses, school-age children, their parents, and everyone else interested in getting back to normal, however imperfect, may be out of luck.