Like It or Not, Betsy DeVos Has Princeton on the Ropes 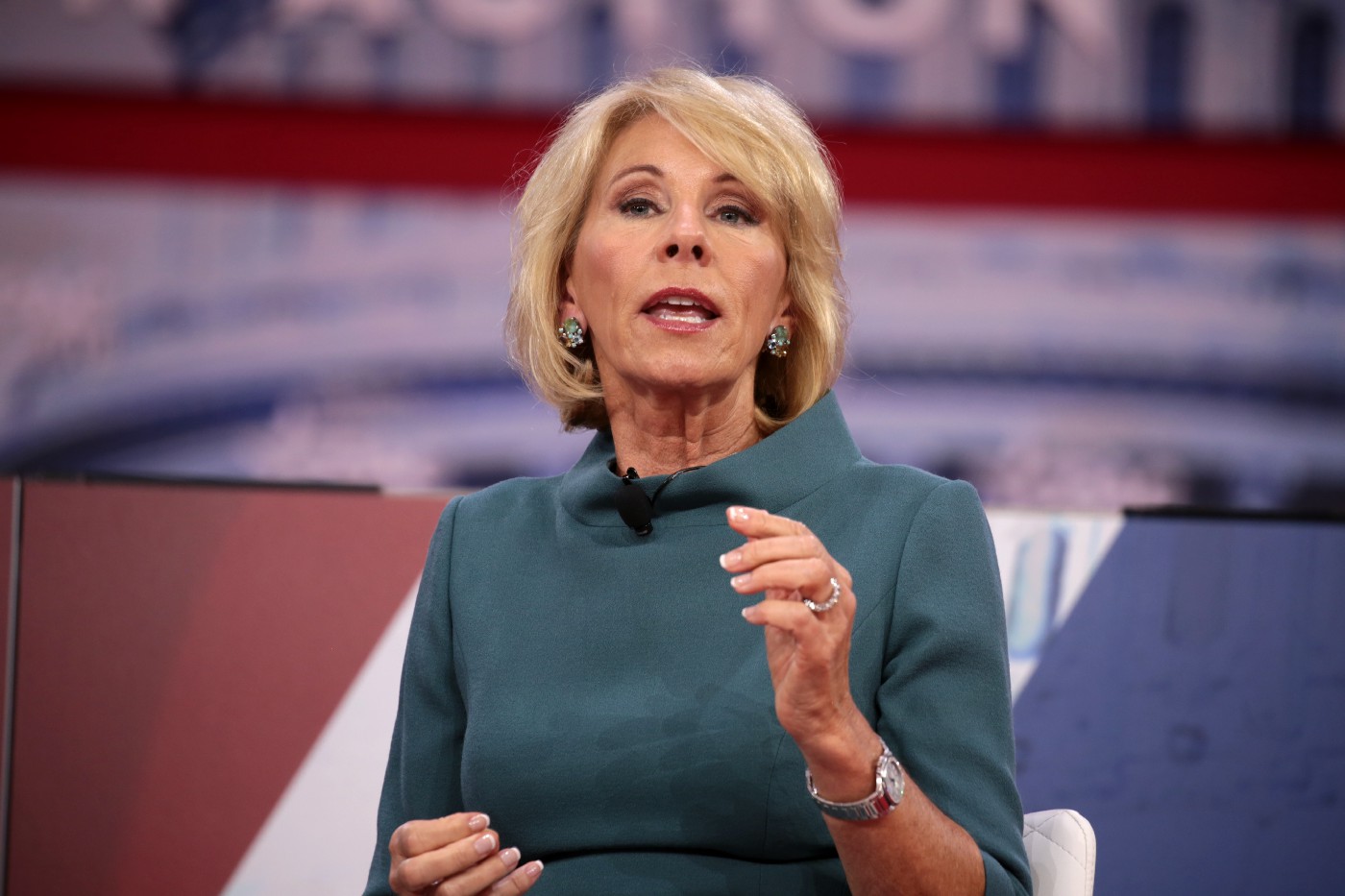 On September 2, 2020, Princeton University’s President issued an open letter from Princeton’s official Office of Communications. In the letter, president Christopher L. Eisgruber admitted to “systemic racism at Princeton,” calling Princeton a “University that, for most of its history, intentionally and systematically excluded people of color, women, Jews, and other minorities.”

“Racism and the damage it does to people of color nevertheless persist at Princeton as in our society, sometimes by conscious intention but more often through unexamined stereotypes, ignorance or insensitivity, and the systemic legacy of past decisions and policies,” Eisgruber wrote in his letter. “Racist assumptions from the past also remain embedded in the structures of the University itself.”

“Based on its admitted racism,” stated the response letter, “the U.S. Department of Education is concerned Princeton’s nondiscrimination and equal opportunity assurances in its Program Participation Agreements from at least 2013 to the present may have been false.”

“The Department is further concerned Princeton’s many nondiscrimination and equal opportunity claims to students, parents, and consumers in the market for education certificates may have been false, misleading, and actionable substantial misrepresentations,” the letter read.

There are U.S. laws that forbid an organization like Princeton from discriminating against people based on race. The Civil Rights Act of 1964, for example: “No person in the United States shall, on the grounds of race, color, or national origin, be excluded from participation in, be denied the benefits of, or be subjected to discrimination under any program or activity receiving federal assistance.”

The letter from the head of that prestigious university admitting Princeton discriminates on the basis of race is something civil rights attorneys will soon be calling “Exhibit A”.

In issuing his public declaration, Mr. Eisgruber has exposed his school to litigation. Perhaps this was his intention; perhaps not. Whatever the case, any student who identifies as a racial or religious minority who has applied to Princeton and been denied admittance has been given grounds upon which a suit might be brought.

That plaintiffs have been given this legal ammunition by Princeton’s top official will not help the organization in court.

Anyone who identifies as a racial or religious minority who has applied for a staff position at Princeton and wasn’t hired could also file suit. As could any religious or racial minority who has ever been fired by Princeton or refused tenure. The legal sharks are already circling.

The U.S. Department of Education, in sending this letter, is not threatening, not calling a bluff. It is not merely political posturing, it is not an effort to “own the libs”. It isn’t a snarky thumb in the eye of racial justice advocates. If only that were true.

The U.S. Department of Education- and by extension the Trump Administration- is merely covering its own assets, legally speaking.

If the U.S. government agency knows systemic racism exists at Princeton, and that its students may be experiencing discrimination and being denied equal opportunities based on race, to continue to fund such an organization would, in fact, make the U.S. government legally liable.

The U.S. Department of Education may indeed make a concerted legal bid to claw back some of the millions it has paid to Princeton. There might not be much left once the lawsuits begin.

The Princeton legal department might have advised its president against making such a public declaration. Now, Eisgruber is going to find himself on the defensive about racism at Princeton. He will need to make the case, to the satisfaction of the U.S. government, Princeton donors, and students who have been denied admission, that Princeton does not discriminate against students based on race.

At least, he’ll have to try.

That Eisgruber has already begun backtracking and qualifying his initial statement, indicates he intends to try. Though the damage may have already been done. It is hard to see how he comes through this with his job intact.

Perhaps Princeton’s president should be celebrated for his bravery, for his personal sacrifice, rather than condemned for making Princeton a target for civil rights abuse lawsuits. Princeton is a very wealthy university; paying out judgements on cases where a court has determined racial discrimination occurred would be a form of social justice.

Whatever his intentions, Princeton’s president has exposed the university to legal scrutiny which is likely to prove expensive.