Stop gorping at new female elects and let them do their jobs. 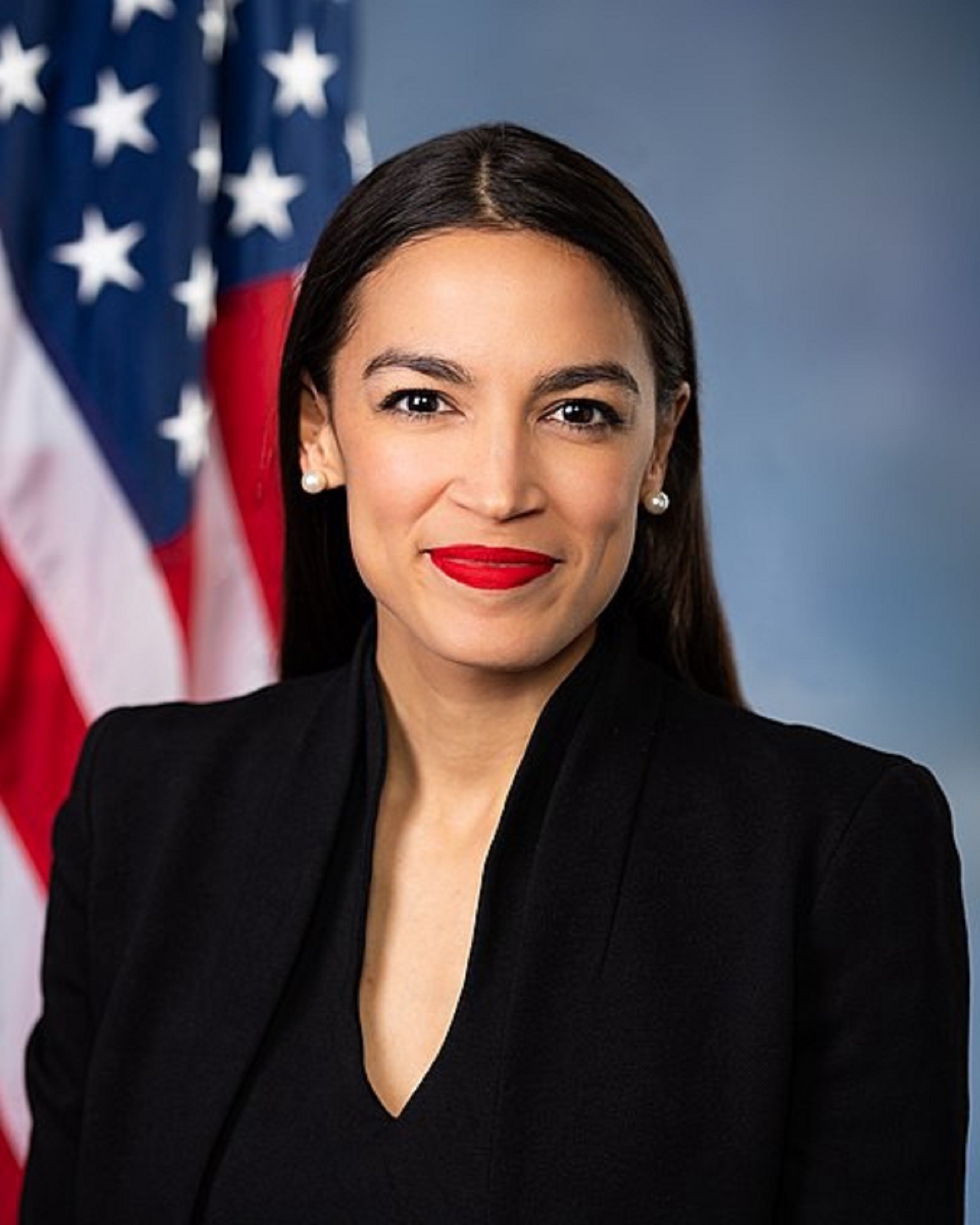 Following in 1992’s footsteps, when female candidates rode an electoral wave of voter disgust over the Clarence Thomas confirmation hearing and the accusations made by Anita Hill against him, 2018 became the New Year of the Woman.

An unprecedented number, though still far short of an actual representation of the U.S. electorate by gender, of women candidates were elected after a mid-term upswell of support and record-high voter turnouts.

12 charts that explain the record-breaking year women have had in politics.

Yes, it’s great news. Yes, it is relevant for the 2020 Presidential Election, already shaping up to be one of the most contentious in history, in which female voters will play a enormous part, as they always do.

But if you’re really happy about it, if you really want to help get Democrats elected in 2020 there is only one proper thing to do:

Move along, nothing to see here, really; just normal humans with a job to do.

These newly elected women are not dogs being taught to walk on their hind legs. They aren’t the first ocean-dwelling mammals to sprout legs and crawl onto the sand.

They are simply human beings who must now begin the hard work they believe in and have fought for the right to do. They have campaigned fiercely for the opportunity to serve the interests of the voters who elected them.

They’ve earned the right. Let them get to it.

Stop Making Them a Target

Not all the fire will be friendly.

Everyone has a video camera in the their pocket these days. Seems like everyone has a telephoto lens, too. And some photogs and paparazzi have very few qualms about the lengths they will go to in order to obtain and sell the compromising, embarrassing or plain old unflattering.

Especially, it must be said, of women.

The more attention these newly elected women get from the press and on social media, the more dirt on them (new or old) will be worth and the higher the bounty over their heads will climb.

These newly elected female candidates are not celebrities; they are lawyers, doctors, teachers, professionals, business people.

They did not sign up for the levels of open sexism and public scrutiny endured by women in Hollywood. Nor will they be making the kind of money that will allow them to insulate themselves from it behind walled enclaves, surrounded by a cocoon of handlers and security staff.

Perhaps the worst thing about all this attention will be the next generation of aspirants to politics, who won’t dare run for fear of the level of attention and scrutiny they will get as a female, or as a “first this”, “only that”.

They may want to make a difference but not fight a culture war for ad clicks.

Hard to Work in a Fishbowl

At least women in Hollywood get to, presumably, go to some cloistered destination and hole up in a luxury trailer away from all the pressures of fame while they work intensely at their job.

Newly elected women in Congress will have no such opportunity.

Instead, a constant spotlight on everything the newly elected say and do, their hair and clothes, their looks, their lives before congress, their personal relationships combined with the online public waiting with a microscope.

And the citizen journalist. And the internet troll.

Every flaw, mistake, wrong move, imperfect decision, every single misstep on an extremely steep learning curve will be televised, excised and examined by committee.

For those in the left-leaning media, I get it: During the campaign, you were helping. Leading up to the 2020 election, you still think you’re helping Democrat candidates.

Working by yourself or working in a group. Which is harder?

Imagine you are a student. You are sitting in class when your teacher gives you an extremely difficult, long-term, multi-layered project which is also very technical…then tells you to form into groups and get started.

Why did everyone groan?

Because working with other people increases the complexity of any task and expands the potential for disastrous failure exponentially, that’s why.

Governing is a Group Project

Doing things by yourself is easy: Doing complex things in a group is hard.

Doing things in a huge group, with many subgroups, when half of the members vehemently disagree with the other half about what needs to be done and how the group should do it, is barely possible.

Campaigning is not very fun. The hours are grueling, travel is near constant, and fundraising takes a massive team effort.

But that’s the rub; you have a team. Motivating people to do a good job without pay may not be the easiest gig in the world, but if you ask people if they’d rather work on a team or in a group, most would take the team.

A team has structure, roles, clearly defined expectations, a goal, a finish line. And, most importantly, a coach. A boss, a head honcho, the person who is, ultimately, in charge.

In a campaign, that is The Candidate.

The Candidate has The Vision, The Goal: The Team signs on because they believe in the message, in The Candidate’s Vision, and that The Candidate is the best person for the job.

Getting votes means getting the candidate’s name and vision out there.

That part of the job is over. (For now.)

Elected Public Servant: Everyone is Your Boss

After the candidate is elected, they aren’t the boss any longer. On the contrary, an elected official has nothing but bosses as far as the eye can see.

There are bosses that elected them, who will be giving out performance reviews and/or pink slips come November 2020. There are bosses who are their superiors, their elected leadership. Bosses on the other side of the aisle, bosses that donated money to the cause, bosses that represent the special interest groups that helped them get elected.

No one is in charge: Everyone is in Charge.

There are groups, committees, committees within committees, votes, red tape, bureaucracy, deeply entrenched cliques of every variety. There is a special set of rules that aren't written down anywhere, and some that are written down so firmly in stone that to break one, even inadvertently, means facing a Federal grand jury indictment.

The truly savvy newly elected official will even have bosses on their own staff; people they’ve hired who have more experience in politics, legislation and campaign finance laws than they do themselves, if they are smart and lucky enough to find and retain such people.

If members of the press and left-leaning media outlets don’t stop giving these newly elected female candidates campaign levels of media heat, just because they are female and because that is a gripping story and such great optics for Democrats in 2020, the uphill slog is going to be even more onerous.

If you force newly elected Democrats to impeach Trump, they will fail. That outcome will increase the likelihood that they will fail at the ballot box, too.

“I really hope not, because I think that’s bad for democracy. I’d rather see Donald Trump impeached at the ballot box by the voters. I don’t want to make him a martyr. And I also just think you know, it, impeachment is almost like going through a bankruptcy. It’s just a very hard thing to come out of. But no one is above the law, and you know, we have to take our job seriously. And if there is evidence, I think we should have an airtight case, seek bipartisan buy-in, and be able to explain to the American people why this, you know, extraordinary measure is necessary.” -Rep. Eric Swalwell

Pelosi: Impeaching Trump ‘not someplace that I think we should go’, in November. Impeaching President Trump ‘not a priority’ for Democrats, Pelosi says, back on the campaign trail in August.

Why? Not because Nancy Pelosi knows there isn’t enough evidence to be successful, but because she knows that the majority of voters, even Democratic voters, don’t want it.

Impeaching without an airtight case smacks of partisanship, it is rallying cry for the right and it communicates no confidence that Democrats can: A.) Be effective in blocking Trump’s agenda or B.) Defeat him at the ballot box in 2020.

If the media doesn’t force newly elected female candidates to pursue some wild goose chase that makes for good television, Democrats have every chance of blocking Trump’s agenda for the next year and getting him out for good in 2020.

If You Can’t Take the Heat, Get Out of the Kitchen

Which is fine, except these women didn’t sign up to work in a kitchen.

They campaigned and were elected to govern; they did not audition for a reality show.

While it may be true that the future of politics and of all public figures in general will be much closer in scope to that of the Grammy-winning pop-star or Hollywood action hero, this group is going into that dark night of the soul first.

Let’s give them a break, why don’t we?

What to Cover Instead

These women were elected from many different districts across the country. Each of these districts has unique problems and challenges. Challenges like poverty and crime. Dire needs like education, community support and healthcare.

But What About 2020 Democrat Optics?

What about them? These women were not elected to be mascots or trophies, so don’t make them serve as such. That is not where their true value lies.

What’s more, driving them out front for the sake of optics at the expense of doing the job they were elected to do makes them easy targets.

If the media and the Democratic party want to help Democrat candidates look really good in the 2020 campaign season, the best thing both can do is get the hell out of these women's’ way and let them do their jobs.