There is a reason it doesn’t feel like Joe Biden is winning: He isn’t. 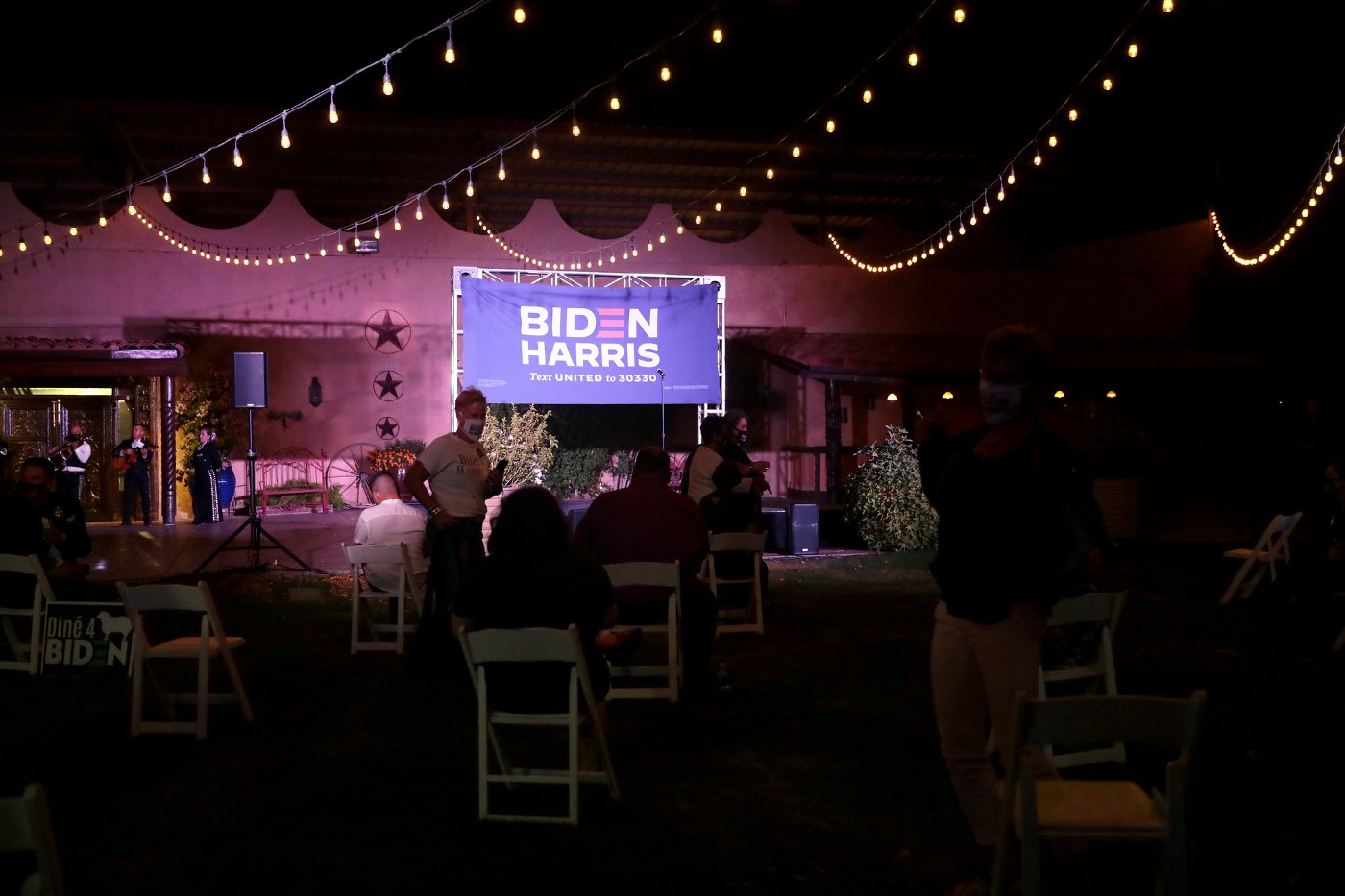 The media isn’t mentioning it, preferring to tell news consumers what they want to hear and sell more newspapers, but the writing is on the wall. Democrats feeling nervous are right: Something is up.

Americans, we are told by these same authorities, have had enough of Donald Trump- good riddance and may “Trump’s racist stench cling to his enablers for all eternity.” Voters are ready for a return to normalcy, a return to civility and gentility; ready to get back to the good old days of the Obama administration. They can’t wait to vote for Joe Biden. That is, they can’t wait to vote against Donald Trump.

If Democrats are so far ahead, why doesn’t it feel that way?

In Pennsylvania, in Florida, in North Carolina; people on the ground are painting a very different picture than the rosy one voting Democrats are being shown by CNN. There are even disturbing signs in deep-blue places- like Philadelphia.

Leadership Democrats, politicos, media companies, and everyone else, is assuring us hourly that Joe Biden is cruising to an easy win on Election Day- next week.

If that is the case, why are large Democratic cities like New York City and Los Angeles preparing for violence on Election Day? Why is Beverly Hills boarding up the place?

In the state of Texas- a state we are assured is in play this election cycle- there are similar plans to dispatch additional law enforcement to cities anticipating violent riots- like Austin. The same is true in Portland.

These are all liberal progressive cities.

If Joe Biden really is poised to win, why are authorities expecting violent riots in cities where Democrats comprise the vast majority? Trump country isn’t preparing for an army of angry Trump voters to storm state capitols and shopping districts should Trump lose.

So why are Democratic cities battening down the hatches?

If Democrats are so certain of victory on Election Day, why is the infamous needle being nixed by the New York Times this year?

In 2016, increasingly angry and bewildered Democrats refreshed the Times’ website and watched helplessly as that percentage needle- which started out the night pointing toward a 90% probability that Hillary Clinton would win- gradually moved inexorably closer to 0%.

It is understandable that Democrats aren’t anxious to relieve the experience of 2016. Removing these things, however, belies the towering confidence Democrats, pollsters and media companies are projecting right now.

There may be a good reason it doesn’t feel like Joe Biden is winning: He isn’t.

If Joe Biden loses the race on Election Day, it won’t be because of one reason. A myriad of complex factors have been in play this year. But there are a few things mainstream media outlets are failing to mention in gauzy editorials about the Biden administration.

It is a basic weakness of globalization that free trade has hurt the unions, and the blue-collar workers who comprise them- badly. The Democratic Party has been responsible for driving this increase in globalization. Outsourcing American jobs to places with cheaper labor and fewer regulatory restrictions has put Democrats on the outs with union workers.

Added to that is this year’s Democratic platform, which in addition to the likelihood of globalization continuing apace also now includes Medicare for All and the Green New Deal.

Unions have fought hard for benefits- including their health care packages. They are not anxious to surrender those benefits for the dubious prospect of a rapidly expanded government-run healthcare program.

Nor are workers in the oil and gas industries holding their breath for the green “shovel ready” jobs they were promised by Obama circa 2008.

Will union workers, which prior to 2016 could be counted upon to vote en masse on Election Day, show up for Joe Biden?

The union bosses are still favorable to Democrats. Millions of union workers, far less so.

The Democratic Party has been taking the African-American vote for granted for way too long. Feeling entitled to the vote from Black communities has given Democrats a dangerous dose of overconfidence bordering on flippancy.

Joe Biden demonstrated the unfortunate result of this during his interview on The Breakfast Club, and not with his deeply unfunny, “you ain’t Black,” quip. When host Charlamagne Tha God mentioned more questions about what Biden planned to do for Black America, Biden did much more than gaffe.

He revealed a deep lack of curiosity, a sense of entitlement at the heart of the Democratic Party’s broken promises to African-American voters. The only proper response to such a question, was another question; and it was an obvious one:

“What does the African-American community want from Joe Biden?”

That it didn’t even occur to Joe Biden to ask it has been eating away at otherwise loyal voting Democrats.

That Joe Biden authored the 1994 crime bill which incarcerated so many promising young Black men and crippled African-American families and communities is difficult to overlook. Yet, the Democratic Party is asking African-American voters to overlook it.

More Black men in America, meanwhile, are switching their support to Donald Trump. And even people who don’t agree with Trump’s policies and have no intention of voting for him can understand why.

Donald Trump signed a bipartisan criminal justice reform bill into law not long ago. The FIRST STEP Act was indeed only a first step in correcting the decades-long pattern of racial disparity in sentencing, but it was a first step.

If a Republican President like Donald Trump- who Democrats assure us daily is a uniquely racist threat to humankind- and a Republican-held Senate were willing to address criminal justice reform- with President Trump openly admitting to racial disparity in sentencing- why wasn’t more being done?

If it was so easy Trump could do it, why wasn’t it done sooner?

After the second debate between Trump and Biden, something started shifting in the Black community. Influential rapper and producer Ice Cubehelped the Trump administration draft the Platinum Plan as a part of Cube’s efforts towards a “Contract with Black America”. Rapper and mogul 50 Cent, and rapper Waka Flocka Flame joined Kanye West in making controversial statements indicating support for the Trump administration.

Since these breakthroughs, Trump’s approval with Black voters has been climbing.

And it isn’t just approval ratings or one poll.

The Philadelphia results are coming in; there are early indications that Donald Trump has picked up 10% in support over where he was against Clinton in 2016, according to the New York Times.

The Hispanic-American and Latin-American Vote

Joe Biden has a Latino problem, and it goes way beyond American-flag waving Cuban-Americans in Florida, who tend to be more conservative on the whole anyway.

That Donald Trump garnered a third of the Latino vote in 2016 comes as a surprise to most progressives. That his support has grown since then is going to shock them even more.

Trump has worked hard to court Latin-American and Hispanic-American voters in the past years. And his message has resonated far more than the Democratic Party’s messages of racial grievance, according to the New York Times.

Appealing to elites alone isn’t going to cut it for the Democratic Party. They’ve lost the working class, and they are bleeding support from demographics Democrats have long taken for granted.

Perhaps a little too long.