In the court of public opinion, Derek Chauvin has already been found guilty. In a court of law, his fate will be decided by 12 jurors. Who are they? 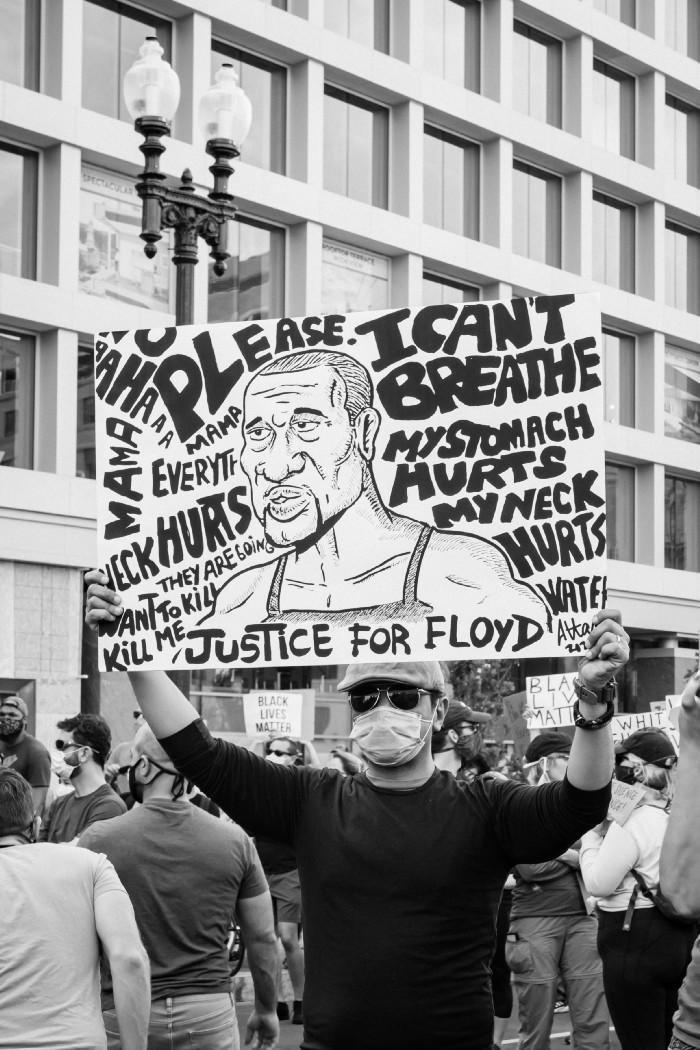 After a rocky first week, the second week of jury selection has begun in the trial of Derek Chauvin.

Seven jurors have been chosen thus far in the trial of the now-former Minnesota police officer charged with second-degree unintentional murder, second-degree manslaughter, and third degree murder in the death of George Floyd last May.

Chauvin has already entered a plea of not guilty to the second-degree unintentional murder and second-degree manslaughter charges. Hennepin County Judge Peter Cahill made a motion to reinstate the third-degree murder charge today, to which Chauvin is expected to plead not guilty as well.

Prior to the interview process, each prospective juror was asked to complete a 16-page questionnaire covering topics ranging from their personal thoughts on Black Lives Matter, to policing and other subjects.

In court, each potential juror has been sworn in and questioned anonymously. Names of jury members, as well as their addresses and other personal information, will be kept anonymous throughout the entire trial and beyond, unless the judge decides to release the information when the trial is complete.

Seven jurors have been selected to serve during Derek Chauvin’s trial so far.

The first juror sworn in, juror #2, is reportedly a caucasian man in his 20s. He is a chemist, and said because of his profession considers himself “a pretty logical person.”

“I rely on facts and logic and what’s in front of me,” he said. “Opinion and facts are important distinctions for me.”

He said he had not seen the video of Derek Chauvin kneeling on George Floyd’s neck but has seen a “still image that was pretty common.”

“I don’t love the Black Lives Matter organization,” the man said. “I do support the movement. I support the message that every life should matter equally.”

“I don’t believe that the organization Black Lives Matter necessarily stands for that. I do think that the phrase and the movement stand for that,” he added.

Neither the defense nor prosecution attempted to strike him and he was seated in the jury.

The second person accepted onto the jury was juror #9, a multiracial woman in her 20s who grew up in northern Minnesota. The juror said she was “super excited” to receive her jury notice and believes it is her civic duty.

She said she likes the ideas of BLM and blue lives matter but thinks both have been turned into propaganda schemes by companies to get you to buy their products. Juror #9 said she heard Floyd had drugs in his system when he died in police custody.

In her questionnaire, juror #9 said she watched the video of Floyd’s death and has a “somewhat negative” view of Chauvin, but said she feels she can make an impartial decision based on the evidence.

“That video just makes you sad,” she said. “Nobody wants to see somebody die, whether it was his fault or not.”

Juror #19, a white man in his 30’s, was the third juror seated. The juror said he supports Black Lives Matter but doesn’t like how “some of them go about it.” He said he has unfavorable views of Blue Lives Matter.

He said his view of Chauvin is “somewhat negative,” but that he can weigh both sides and will have no problem finding Chauvin not guilty if the state fails to meet the burden of proof.

He said he has watched the bystander video two or three times, but not in full. Juror #19 was not challenged by either side and was seated on the jury.

Juror #20 says he has a favorable view of Black Lives Matter and said, “I don’t know why anyone would be against that movement,” but a negative view of Blue Live Matter, which he described as “kind of a rip-off marketing” and “shortsighted.”

Despite his unfavorable opinion of Blue Lives Matter, he says “I would say yes” if asked if he is in support of law enforcement.

“Are there bad police, yes,” the juror said. “I don’t think it’s right to blame the entire organization.”

When asked if he believes police treat white and black people differently, juror #20 says yes, but also says he is inclined to believe police officers are more truthful than bystanders. The juror is planning to get married on May 1 and told the court that if he was selected for the trial it could delay the wedding.

“Go ahead and throw me under the bus with your fiancée,” the judge said jokingly. The juror replied, “Okay, I will do that.”

Juror #27, a Black man in his 30s, is an immigrant who came to the United States 14 years ago. Juror #27 works in IT, loves technology and speaks multiple languages. He said he was surprised and anxious when he received the summons.

“Understanding it’s a high profile case,” he said, “and feeling a certain amount of pressure about doing the right thing.”

Juror #27 says he’s seen clips of the bystander video of George Floyd’s arrest and has discussed the case with his friends and wife and talked about “how it could have been me or anyone else.” In the questionnaire, he responded that he has a “somewhat negative” view of Chauvin, but said he could remain impartial during the trial.

He views Black Lives Matter favorably, but also says he does not support defunding the police, because in order for police to make the community safe, “they have to have the right funds.”

Juror #36, a Hispanic man in his 20s, says he had his “mind blown” when he received his jury summons for the trial.

Juror #36 wrote on the questionnaire that George Floyd was “desperately screaming” for help and Chauvin was “just showing off his authority.” He said he placed a lot of blame on Chauvin but also wrote that “if George Floyd had complied with officers, this wouldn’t have happened.”

He told both attorneys he could put aside any opinions and listen to all of the facts before he makes a decision. Attorney Eric Nelson specifically asked the juror if he could follow the law and the judge’s instructions, even if he did not agree with them morally and the man said he could.

Juror #44 is a white woman in her 50s who works in the nonprofit sector and said she has an “analytical” mind.

The prosecution questioned her about one of her statements, “I believe that humans are inherently good.” They said she will be asked to determine intent, and potentially ill intent, in Chauvin’s actions and she professed an ability to set aside her personal opinions in order to do that.

She told both sides that she will be able to look at the case fairly and judge it based on the facts.

The court, which currently has seven jurors seated, will need to seat a total of 12 jurors and two alternates to start the trial.

There has been some difficultly finding prospective jurors for this particular trial. Fear of doxxing, fear of reprisals should the jury not be able to find Chauvin guilty, or sufficiently guilty, are listed among the fears of potential jury members.

The fact that the case has received so much attention in the media, and on social media, has also narrowed the pool from which impartial jury members might be drawn. Finding those who haven’t already formed strong opinions about the case hasn’t been easy.

As the trial of Derek Chauvin proceeds at a crawl, and Minneapolis nervously braces for unrest which might prove equal to or greater than it experienced last summer, all eyes are on the highest-profile court case in a decade.