Has a moderate come to the wrong party? 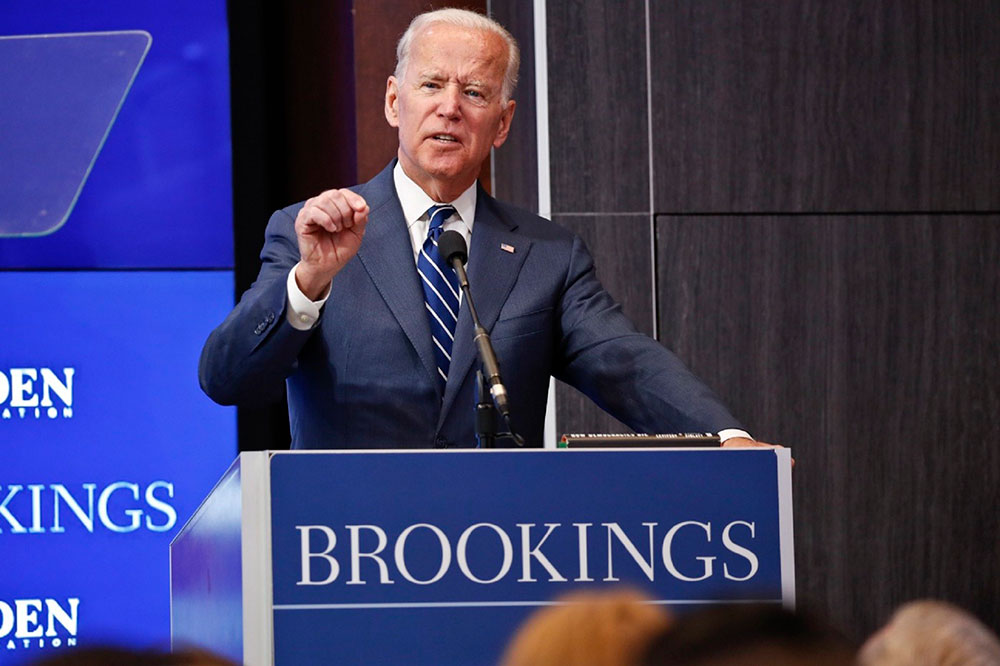 Former Vice President Joe Biden speaks at Brookings on the future of the middle class. May 8, 2018. (Photo credit: Paul Morigi)

He may have kept everyone guessing for a time, but former Vice President Joe Biden has finally made it official.

Joe Biden is running for president.

Welcome to the New Democratic Party, former Vice President Joe Biden. You might not like it here. And, come to think of it, you might not be all that welcome.

Yes, it’s confusing. And confused. Whatever Speaker of the House and majority leader Nancy Pelosi says about her caucus, there is dissension in the rank and file of the Democratic leaders of yesterday, today and tomorrow.

Deep, ideological divides are becoming more and more apparent as the 2020 election draws ever nearer and Democratic candidates for president lurch further and further towards the left. Some far-left progressive presidential hopefuls are currently embracing a whole host of concepts that aren’t exactly mainstream.

Democrats are also divided about starting impeachment proceedings against President Trump, in spite of the Mueller report failing to find any indictable offenses by the Trump administration.

More moderate Democrats, considering the realities of running against a Republican incumbent during a strong economy, are worried these far left positions, and continuing fruitless impeachment proceedings, will alienate moderate voters and cost Democrats more than just the presidency in 2020.

Into this maelstrom, walks Joe Biden. Biden is, unlike some of his competition in the Democratic primary field, an experienced statesman. And a centrist.

That is why the New Democratic Party seems likely to eat Joe Biden alive. And soon. Though he later apologized, Biden once called Vice President Mike Pence a ‘decent guy’.

Why did he say that? Because Biden understands the concept of bipartisanship, and how necessary it is for a remotely functioning government, not to mention progress. He understands at the nuances of governing a democratic country with a very large, very diverse, ideologically-varied population.

In this way, and others, Joe Biden is very much unlike the Senator from Vermont, Bernie Sanders, who’s constituents are overwhelmingly, 94.5% white and who’s voters are likely even whiter. Indeed, as of the last U.S. census, which admittedly was 2007, Vermont is the whitest state in the union.

The lack of diversity in his home state may be one of the reasons Sanders has been accused in the press of ignoring black community and city leaders in Vermont, being dismissive of Black Lives Matter protestors who disrupted one of his campaign events, and answering any questions about racism with pivots to income inequality.

This is not a good sign for Sanders, and does not bode well for his appeal beyond his home state of Vermont. The entire U.S., of course, is neither 94.5% white nor 88% Democrat.

Women of color are also frustrated with while male candidates dominating the race for Democratic nominee. The Bernie Sanders campaign is already struggling to connect with this critical bloc of voting power.

Besides a keen and increasingly rare understanding of electability in the electorate we actually have, and the importance of the moderate vote in it, Biden’s strategy includes a heavy element of Obama nostalgia.

Will that be enough? 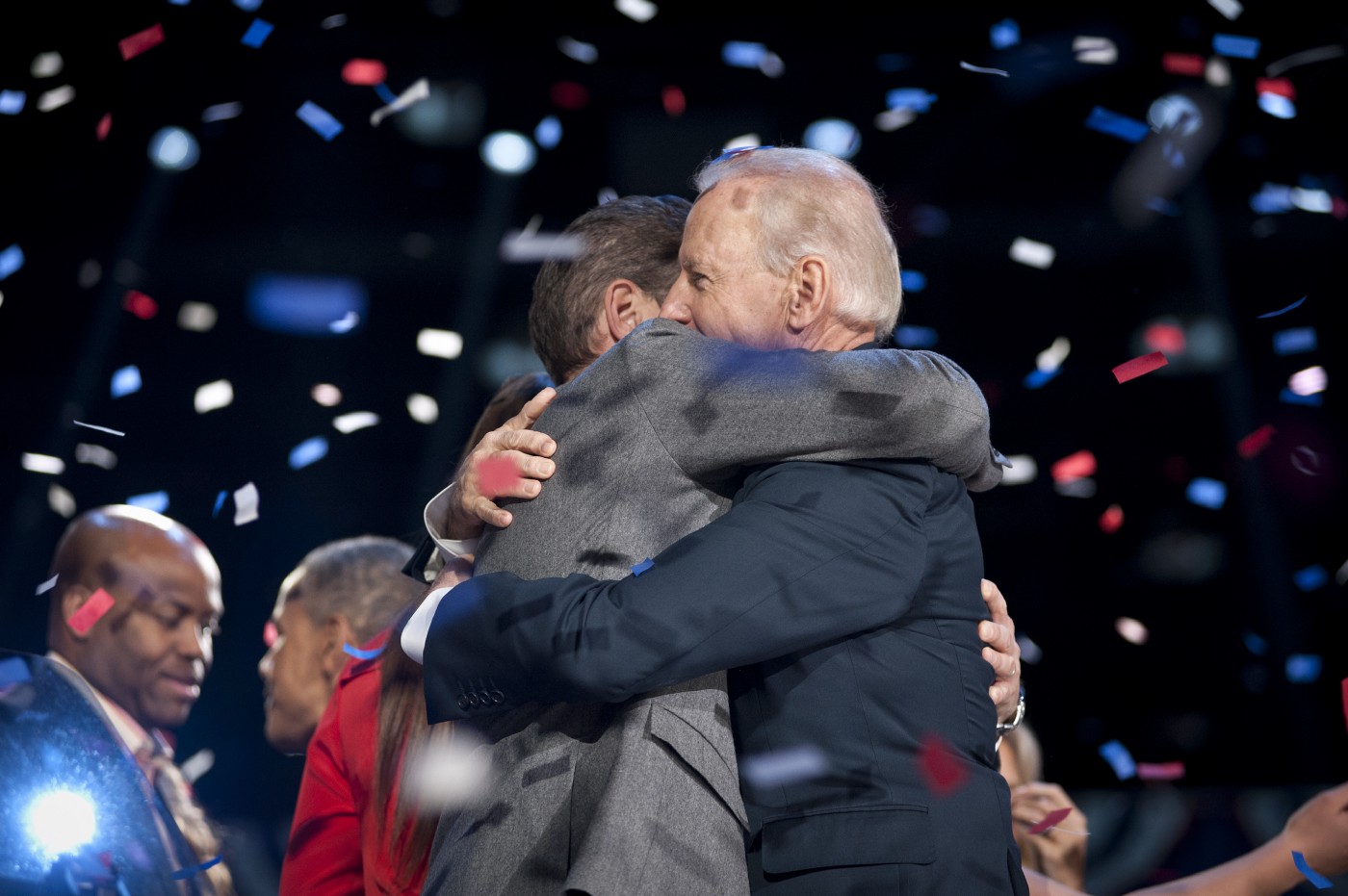 Biden’s chances of harnessing the magic of former President Barack Obama’s campaign would have been significantly increased by a ringing endorsement from same but, alas for Biden, Obama has failed to give it.

Or, as Biden’s team insists, Biden himself requested that the former President and Democratic party superstar refrain from endorsing his candidacy. Biden wants to “make the case for change himself”.

One feels for poor Nancy Pelosi. She already has progressive Democrats in the house and in the press screaming that fruitless impeachment proceedings against Trump, as a measure of going on record, are morally imperative and more important than Democrats winning elections.

Now, Pelosi also has Joe Biden, who is perhaps the most likely candidate in the Democratic field to have a chance at beating Trump in the general election, saying its more important to earn the nomination on his own merits than accept a boost from his former boss and Democratic party standard bearer, Barack Obama.

Nancy Pelosi’s is the lone Democratic voice crying out from the wilderness that nothing is more important than electing Democrats in 2020. Will anyone in the Democratic party listen?

Bernie Sanders scares leadership Democrats, with good reason. He scared the DNC in 2016 so much, they decided throwing the nomination to the more-centrist candidate, Hillary Clinton, was a safer bet.

Biden, on the other hand, is perhaps the candidate that scares Republicans most; he can appeal to moderates in the Democratic Party, as well as undecided independents. Biden could even appeal to frustrated never-Trump Republicans anxious to put an end to this unpredictable presidency.

An untested candidate isn’t likely to do well in any election against an incumbent during an economic upswing like the one the U.S. is currently experiencing, though the Democratic party has no shortage of untried candidates from which to choose.

Some have speculated that lack of a very strong front runner has inspired the crowded field of Democratic primary hopefuls. Many of them expect Biden to fail and hope to step into gap he leaves, picking up his support in the bargain.

Some of these candidates might actually want to be president. Others are undoubtably in nothing more than a bid to raise their political profile, improve job prospects in future Democratic administrations, or position themselves favorably as a Vice Presidential pick.

But worse than the crowded primary field of people who expect him to fail; worse than the Democratic party that desperately needs him but doesn’t want him; worse even than the prospect of facing a righteously angry Anita Hill newly empowered by #MeToo; the worst news of all for Biden is perhaps money.

The Presidential fundraising game has changed a great deal in the last 10 years, and not in ways that make it easier for candidates to run for President. The former top-down model of building and growing a coalition of wealthy donors who compose the main thrust of your fundraising efforts is only a tiny part of the picture now.

In 2019, candidates following the Bernie Sanders model of 2016, are courting smaller donations in greater numbers and racking up the millions with startling quickness. Candidates like Francis ‘Beto’ O’Rourke have amassed staggering sums unheard of in 2008 when Biden made his last bid for president. In 2008, Biden raised $14 million; today, Beto has already raised $80 million.

Why are so many people giving money to candidates without a hope of winning in a general election against Donald Trump? Why are Democrats pushing away the one candidate with the political chops to win against Trump? With every passing day it becomes more clear:

Some Democrats don’t want Democrats to win. They would rather be right.