Joe Biden is Right About Taxing the Ultra-Wealthy

The wealth gap between the top 0.01% and the rest of us is incomprehensible. 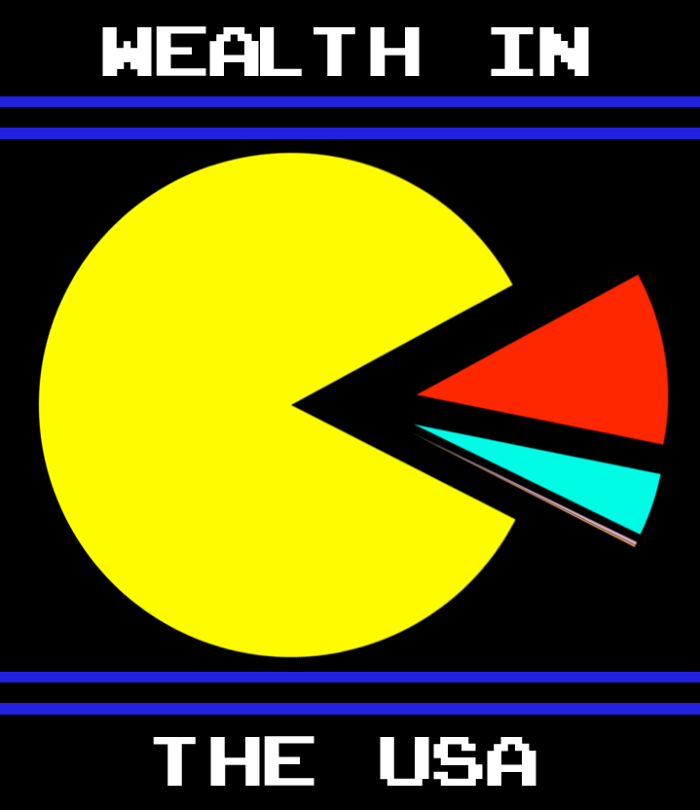 If you were educated in the U.S. public school system anytime prior to the last decade, and probably anywhere else on Earth for that matter, you were likely shown a physical model of our solar system at some point.

Who can forget it?

The sun in the middle, Earth in the third orbit, it’s orbiting moon- all very orderly; the planets, rendered in carefully painted paper mache, their orbits, humble wire or string.

Only scientists had gotten it all wrong. For one thing, they were wrong about just how vast space really is. And it isn’t just that they were wrong. They were way off.

They thought space was the size of a football field, say; and it was really the size of Mount Everest.

Our grade-school solar system model suffered from other limitations as well. It gave us an inferior mental picture of what space really looks like. The orbits of the planets aren’t all nice circles, for instance.

When computer models were introduced, the visuals were slightly better- but even then only slightly. The true scale of the distance between planets in our solar system- just our tiny little backwater solar system- can scarcely be understood. Our brains don’t like numbers that big. The mind boggles.

Not even the newer models can really give you any idea of how far apart everything is in space.

If you were standing on the surface of Pluto, for example, the sun probably wouldn’t even be the brightest star in the sky- that’s how far away it is.

Still, even if you couldn’t see the sun that well from Pluto, it would be there nonetheless. Your entire (dwarf) planet (of one) would revolve around that very faraway star. The sun would, without you ever knowing it, influence everything around you.

Just like the extreme wealth of the wealthiest 0.01%: We can’t see it, we vastly underestimate it, we can barely grasp how large it is, but it’s there.

Like the vast distances between objects in space, unequal wealth distribution- how much money the wealthiest people in the world have, compared to the rest of us- can scarcely be explained.

We know they have more money than everyone else, of course, but we don’t really grasp how much more the haves have accumulated compared to the have-nots. Even the have-somes barely register in comparison.

Rendering a bar graph representation of the world’s wealth distribution is well nigh impossible. There is such a vast difference between the 0.01% and the rest of us, both bars couldn’t be perceived by our senses at the same time.

If the poorest were represented on a bar graph by the period at the end of this sentence. The 0.01% would be a bar tall enough to touch the moon. Your eyes just don’t go that high.

Likewise, if you were to render the wealthiest 0.01% into a bar the size of, say, the Empire State Building, or as big an object as your human eye could perceive, the rest of us would be a dot you’d need a microscope to see.

Plenty of publications, mainly left-leaning, have tried to illustrate this radical wealth discrepancy, to good effect. Even more have tried to challenge our mistakenly optimistic idea of how wealth is distributed.

Still, none of it quite brings home the point that Jeff Bezos was able to recently purchase the most expensive home in L.A. for less than an eighth of one percent of his wealth. If you earn $56,000 per year, that would be the equivalent of you spending about $70 on a house.

The wealthiest 0.01% have even left their closest competitors lightyears behind, with the wealth of the 1% looking positively anemic in comparison.

Some members of the ultra-exclusive 0.01% club admit they should pay more in taxes, including Warren Buffet. Other members of this group harbor darker suspicions about the ever-growing wealth gap.

“If it is no longer possible for someone to afford housing a reasonable distance from their work, if it’s impossible to save enough money for retirement and emergency, if it’s impossible to get health care and send children for a decent education, then we will no longer have a middle class,” says Walt Disney heiress and philanthropist Abigail Disney. “We will have a two class society.”

“There will be increasing violence and wealthy people living in smaller, well-defended enclaves.”

Having the ultra-wealthy in society hasn’t been all dystopian nightmare, of course. The wealthiest of the wealthy are responsible for pioneering many of the modern conveniences and luxuries found in most U.S. homes today.

Forget flatscreen televisions, which were a whopping $20,000 when they were first introduced two decades ago and now can be purchased for less than $200.

Who but the ultra-wealthy could have ever afforded to take a chance on some absurd and dangerous thing called “electricity”?

Outrageously expensive to install, having no preexisting infrastructure, electricity was positively terrifying when it was first introduced. The same can be said of automobiles, telephones, air travel, and indoor plumbing.

The walk-in closets, garbage disposals, and oversize bathtubs which have trickled down from the extremely wealthy are nice and all, but personal computers have done a great deal more for the working class.

Computers were, not all that long ago, much too expensive for anyone but the very, very wealthiest to own and most were the size of a small house. There was no way to make them cheaper until there was.

In order to eventually make the dependable, relatively inexpensive computers we use today, someone first had to pony up $100,000 for the clunkers. Investing in first gen tech is an expensive, glitchy, crap-shoot that often produces nothing but a dead end.

Luckily, enterprising capitalists noticed that everyone else wanted what rich people had. Would-be retail barons wanted someone’s $20,000 for a plasma-screen television, sure; but they wanted someone’s $10,000, too, if they could figure out a way to get it. More someones might have $5,000 to drop on a television; even more, $2,000. Many more, $500.

The big money isn’t in selling to ultra-wealthy people on Rodeo Drive; the big money is in selling at Wal-Mart. The more people who can afford to buy your product, the bigger your market. For this reason, many goods and services start beyond the reach of most and expands access as the cost of producing the good or service is scaled down.

However, both political parties, and the ultra-wealthy, have ignored the other side of the wealth inequality gap- and all the shiny tech and modern conveniences in the world can’t compensate for it.

Both are a cornerstone of the kind of prosperous, inventive, and entrepreneurial economy the wealthiest 0.01% need to sustain their progress into the future.

Without a well-educated and healthy workforce, sustaining the wealth of the ultra-wealthy will prove impossible in the long run, no matter how savvy an investor Ray Dalio.