The ambassador was one of three killed Monday in an attack on a United Nations World Food Programme convoy. 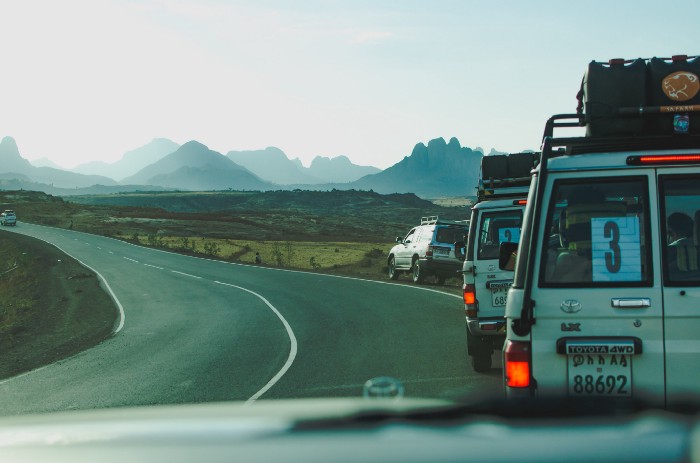 The Italian government has confirmed the deaths of Ambassador Luca Attanasio, Italian policeman Vittorio Iacovacci, and their Congolese driver whose name has not yet been released.

The three victims were in a car that was part of a convoy of vehicles headed to Rutshuru, a town approximately 45 miles north, for a food initiative at a school. The World Food Programme said in a statement that the road had previously been cleared for travel without security escorts.

A senior diplomat source in Kinshasa said Attanasio suffered, “gunshot wounds to the abdomen,” and was taken to a hospital in Goma in critical condition. Attanasio died of his wounds at the UN hospital in Goma.

Ambassador Attanasio became Italy’s head of mission in Kinshasa in 2017 and was appointed ambassador in 2019.

In October, Attanasio was awarded the Nassiriya International Prize for Peace in a ceremony held in a southern Italian church. La Repubblica Daily reported that Attanasio was cited for, “his commitment aimed at safeguarding peace between peoples,” and for, “having contributed to the realization of important humanitarian projects, distinguishing himself for altruism, dedication and the spirit of service for people in difficulty.”

The attack occurred at around 10:15 a.m. local time (0815 GMT) in an attempted kidnapping near Kanyamahoro, a spokesman for Virunga National Park told Reuters.

Attanasio, 43, leaves behind his wife and three young children.

“It is with deep sorrow that the foreign ministry confirms the death today in Goma of the Italian ambassador to the Democratic Republic of Congo, Luca Attanasio, and of a policemen from the carabinieri,” the Italian foreign ministry statement read.“The ambassador and the soldier were traveling in a car in a convoy of Monusco, the United Nations Organisation stabilisation mission in the Democratic Republic of Congo.”

“It is with deep sadness that the foreign ministry confirms the death, today in Goma, of the Italian ambassador,” said the ministry.

The attack occurred near Virunga National Park, which has recently been surrounded by dozens of armed groups who operate in and around the park. Park rangers have been attacked on various occasions and six were killed in an ambush last month. More than 2,000 civilians were killed last year in eastern Congo in attacks by armed groups.

Italian Foreign Minister Luigi Di Maio ­expressed his, “great shock and immense sorrow,” about the death of Italy’s Ambassador to the Democratic Republic of Congo and of a Carabinieri policeman.

“Two civil servants were violently taken away from us while carrying out their duties,” Di Maio said.“The circumstances of this brutal attack are yet to be known, but no effort will be spared to shed light on what happened.”

The United Nations World Food Programme said in a statement that the organization, “will work with national authorities to determine the details behind the attack, which occurred on a road that had previously been cleared for travel without security escorts.”

“WFP is in close contact with the Italian authorities through its offices at its Rome headquarters and in the DRC,” it said.

“I promise the Italian government that my country’s government will do everything to discover who is behind this awful murder,” Congo’s foreign minister Marie Ntumba Nzeza said.