The star of Israel’s geopolitical future is rising. 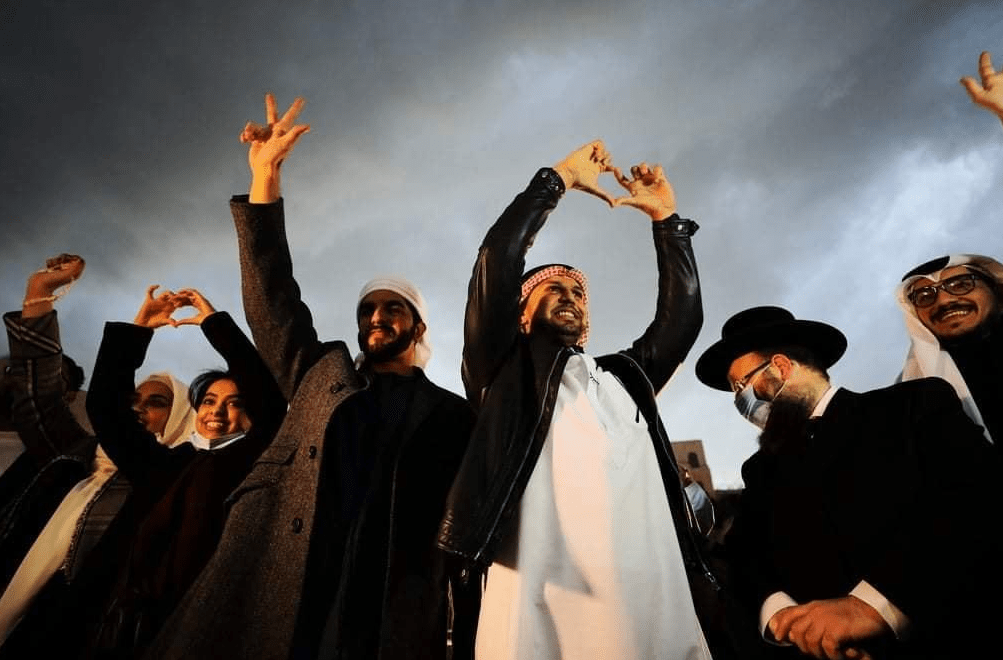 Revelers, including history-making delegations from the United Arab Emirates and Bahrain, participate in the historical lighting of the Menorah at the Western Wall in Jerusalem. December 15, 2020. (photo: Adam Millstein/Twitter)

With so much of 2020 having been derailed by the worldwide calamity of COVID-19, celebrating the triumphs of the past year is perhaps more important that ever.

COVID-19 has changed a great many things, and brought a screeching halt to others. There are some things, however, that not even a global pandemic could stop. In the case of Israel, it is the near miraculous power of an idea whose time has finally come.

The world, including the Middle East, is at last prepared to accept the existence of the world’s only Jewish state.

The change has been coming for some time, with more and more Middle Eastern nations dealing quietly with Israel. In spite of an intention to create the opposite effect, the foreign policy decisions of the Obama administration with regards to Iran has weakened Iran to the point of disaster.

With all the money the Iranian government received from the well-intentioned Obama administration, it funded too much terror against its neighbors and co-religionists. As a result, those Muslim-majority Middle Eastern nations are now prepared to make their peace with Israel. Out of necessity, they are ready to formalize diplomatic relations, and accept Israeli help in maintaining the safety and sovereignty of their countries.

What a difference a decade makes.

The unthinkable, that Muslim-majority Middle Eastern nations would cooperate with Israel without Israel having made major land concessions to the Palestinians, has happened.

It is still happening.

Joining Egypt and Jordan, who normalized relations with Israel decades ago, over the past few months has been Bahrain, the United Arab Emirates, Sudan, Morocco, and Bhutan. Other nations, including regional titan Saudi Arabia, are expected to follow suit.

In even better news for Israel, this tide of peace has swept past the Trump administration to take on a life of its own. Come what may, even if a Biden/Harris administration returns to a strategy of Iran appeasement- especially in the case of a U.S. return to Iran appeasement- there is a new understanding between Israel and Middle Eastern nations. On one side, Iran and its proxies, plus terrorism and poverty. On the other, Israel and its allies, plus peace and prosperity.

That a nation like Saudi Arabia, which is ideologically almost identical to the regime in Iran in regards to Sharia law, is willing to give its tacit approval on normalizing with Israel- which it has done, even if no formal agreement has been made public yet- is perhaps the best news of all for the region.

Not only is Saudi Arabia not putting a stop to the Middle Eastern dominos falling in Israel’s favor, and planning on normalizing with Israel itself, there are other encouraging signs as well

Public school curriculum in Saudi Arabia has undergone a sudden and dramatic shift. One of the primary purposes of education in Saudi Arabia, until very recently, was to prepare Saudi children for their futures as soldiers in a holy war- a jihad- against Israel and other enemies. Glorifying martialism, championing martyrdom, and instilling a willingness to die for the cause has given way to more useful education in math, science, and technology.

That these concessions have all come after the Trump administration and Israeli Prime Minister Benjamin Netanyahu cooperated to move the U.S. embassy to Jerusalem and recognize Israel’s claim to the Golan Heights, has shaken the foreign policy community to its core and redefined what might be possible in a stroke.

Which is all to the good, as the U.S. and worldwide foreign policy communities have made very little progress over the past decades, if any.

In addition, there is eve more promising news for Israel.

The Boycott, Divestment, and Sanctions (BDS) movement, a deeply anti-Semitic effort to rid the world of its only Jewish nation under a thin guise of humanitarianism, has been dealt a mortal blow. If Muslim-majority Middle Eastern nations- who have for decades taught their children to hate Jewish people, and fight Israel to the last Jihadi- are no longer willing to boycott, divest or sanction Israel, the BDS movement has little hope of going forward.

These miraculous changes, together with the stunning leadership Israel has shown in the fields of technology, national security, water-reclamation, environmentalism, and clean energy over the past decade has positioned the nation perfectly for the decade to come.

For the first time, the Jewish high holiday of Hanukkah is being celebrated openly in the streets of the UAE, and elsewhere in the Middle Eastern world. It is a world which has long been steadfastly closed to the nation of Israel.

It is closed no longer.

In light of recent events, and even in spite of the ongoing challenges of COVID-19, the future has perhaps never looked brighter for Israel, the Israeli people, and people of the Jewish faith everywhere.