Is Kamala Harris’ Staff a Powder-Keg? 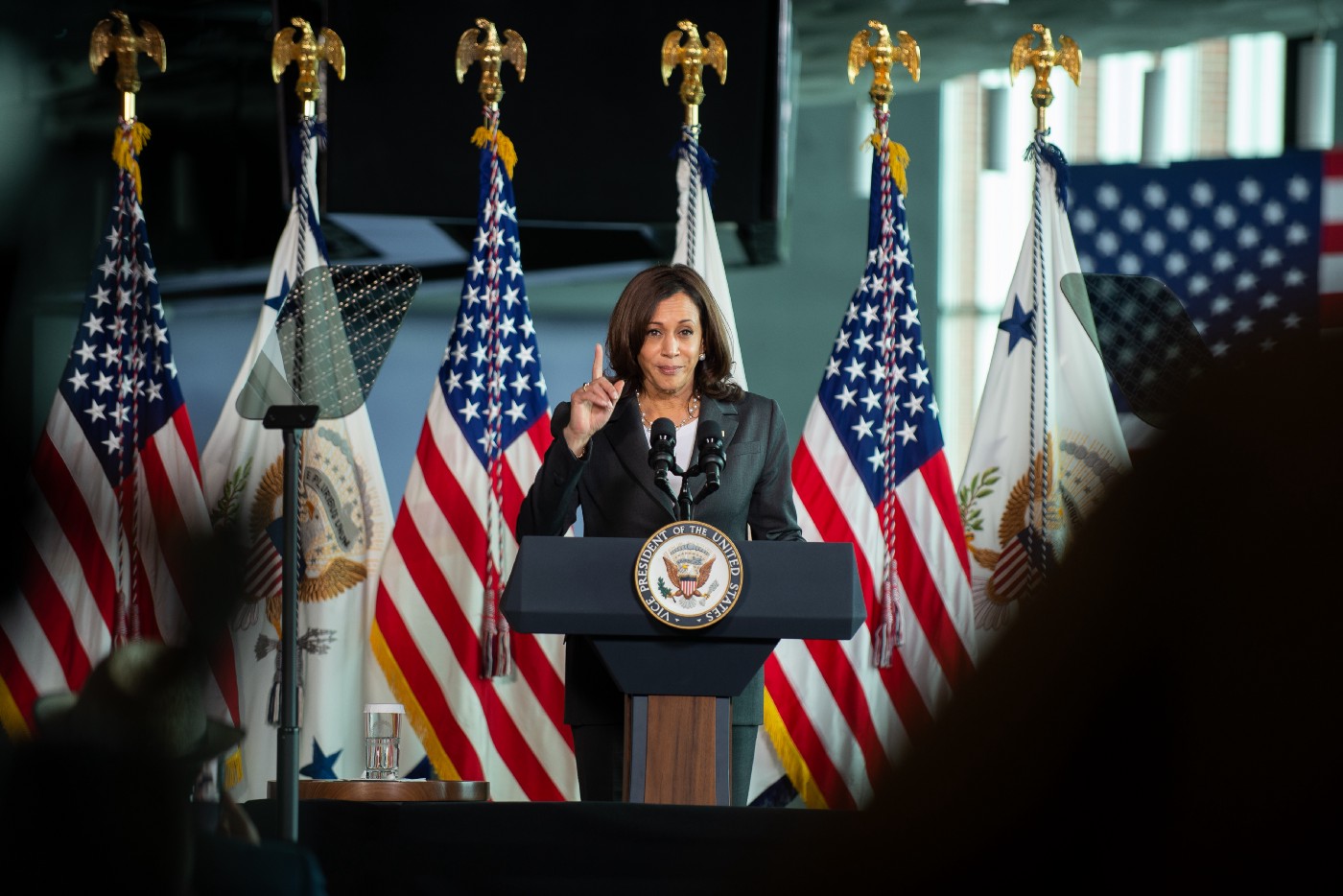 To understand the world we live in today, here is a clarifying video:

See the grinning, ill-advised woman holding the sign at 0:54? She was unhurt in the serious accident she caused, which could not be said of all the riders.

The sign-holder immediately fled the country and was subsequently arrested in Germany. The Tour de France intends to sue her. Tour de France officials are, as is anyone else viewing that video, irritated beyond endurance at what some people are willing to do for attention.

To get on television, this spectator placed herself and all the riders of the Tour in mortal peril.

She is hardly alone.

The world over, what some people will do to get on tv, from daredevil stunts to “The Bachelor”, should shock us. Occasionally, it does.

The Darwin Awards are mean. It’s ghoulish, gallows humor. Everyone makes mistakes. The victims of terrible accidents, and their loved ones, deserve better than to be told by a bunch of internet strangers that stupid people don’t belong in the gene pool.

You shouldn’t, but if you do check out the Darwin Awards, you will find many unfortunates who died, sometimes horribly, chasing viral video fame.

Here is another example illustrative of the new attention economy and how desperately some people want the attention of- and money from- the masses:

To be the internet’s cause celeb for a single 24-hour news cycle, if that, Markle’s sister threw her own family under the bus.

This is but one example. We are awash with others. Whatever you think about Meghan Markle, writing a book called “The Diary of Princess Pushy’s Sister Part-1" was more than likely a self-serving, mercenary money grab; not an altruistic attempt to save the British monarchy.

As was Mary Trump’s book. Whatever you think about Donald Trump, Mary Trump was for him long before she was against him. If you think that book was written to save America, rather than to enrich Mary Trump…well.

Meghan Markle’s sister had her reasons then, too, I guess- according to that same logic.

If you were suddenly catapulted into fame and wealth, who in your own circle might come for you? Are there any scabs in your midst? Who would be the first to sell you out? Not because they hate you; but because the temptation of a $400,000 book deal is simply too irresistible.

For a half-million dollars, they might find something nasty to say about you- if only for the greater good, of course.

Because the other side of this coin is, unfortunately, far more wretched and callous than any single human’s desire for love and recognition.

Everyone who wants money and notoriety is like the mother robin, her beak full of viral media sustenance. And all the media companies are her ravening baby birds; open maws yawning, always hungry, ever questing for that next juicy payoff- which can’t come soon enough.

It’s an unholy union; a horde of attention seekers and no shortage of exploitative mediums.

Considering that the attention economy has turned the whole world into TMZ, Vice President Kamala Harris may be in trouble. Former and current staff members are telling tales out of school about the Vice President.

'Not a healthy environment': Kamala Harris' office rife with dissent

In interviews, 22 current and former vice presidential aides, administration officials and associates of Harris and…

“People are cowards to do this this way,” said senior Harris advisor Symone Sanders.

By “this way”, she means taking Harris office staff issues and grievances directly to the press- do not pass go, do not visit human resources.

Unfortunately for Sanders, and Harris, this may only be the opening salvo.

Democrats may control the levers of power in Washington, for now; Democrats may call the tune for members of the mainstream press who, by and large, support Democratic Party policy goals and don’t want to jeopardize them with a critical narrative.

Hard-core, far-left progressives like this state of affairs fine. Anyone in the press who isn’t for the liberal cause is against it. If you’re not part of the solution, you aren’t just part of the problem anymore.

You are the problem. A dangerous problem. Differences of opinion on public policy, we are told by the new priesthood of “progressivism”, can cost people their lives.

Wow. No kidding. All the deadly human conflicts in the history of the world could probably be boiled down to differences of opinion. The solution to this dystopian nightmare of human conflict, according to this new logic, is for us all to agree to agree…with far-left liberal progressivism.

That this “plan” sounds more than a little dystopian doesn’t seem to bother progressives much. Neither does the fact that the Chinese Communist Party uses exactly that same line of reasoning to crush all political opposition and dissent.

Like the CCP, new progressives don’t mind censorship of opposition voices in mainstream and social media: Get with the program, shut up, or be shut up.

Problem is, while some militant progressives love this strategy, it hasn’t really changed hearts and minds. Everyone who isn’t already completely on-board with the new progressivism has already turned the news channel.

All those viewers turned-off by the blatant partisanship of mainstream media outlets have turned to other news sources. CNN and MSNBC viewership has fallen off a cliff. Meanwhile, conservative multimedia outlets- not Fox News- have been growing at an exponential pace over the last few years.

Conservatives used to have the Drudge Report and FOX News. Now, there are hundreds of choices for news without a liberal bent. Popular podcasts like Joe Rogan’s have drawn millions of disgruntled former CNN enthusiasts.

And they aren’t coming back.

There is, at minimum, a 73 million strong demand for unbiased and conservative news; supply side economics has delivered.

In the left-leaning press, the lanes are overcrowded by people who agree about everything. For the person on the left willing to disagree with the left, the highway is wide open, flat, and nearly empty.

Nothing but air and opportunity.

And it isn’t as if there isn’t a market for a story like that. There is. On the right, but increasingly in the middle, too. Neither Biden, nor Harris, nor nearly anyone else in the Biden Administration is liberal enough, or progressive enough, for some on the left.

Symone Sanders was perhaps mistaken when she used the word “cowardly”. Going to the press with staff issues wasn’t cowardly; it was mercenary and this is only the beginning.

With money on the line, and a bit a fame thrown in for good measure, selling out popular figures on the left is about to become a whole lot more popular.