Our collective, visceral horror at the alleged crimes of Ghislaine Maxwell exceeds the outcry against Epstein. Why? 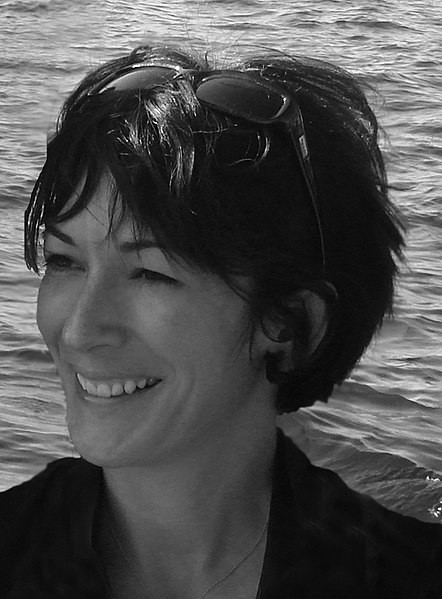 The world over, since the beginning of recorded human history, a society’s most voracious, unslakable, and terrifying fury has often been reserved, not for its enemies, but for its traitors.

Traitors tend to invoke some of the most imaginative and brutal punishments; the most public and humiliating tortures; the most horrific and unspeakable executions.

Xerxes, of ancient Persian ruler fame, was famously portrayed as a ruthless torturer and murderer by the Spartans who faced him at the Battle of Thermopylae. Xerxes was a murderer and a torturer, certainly; but the Spartans would have probably been spared the worst of it.

Xerxes the Great- like many theocratic despots before and since who have ruled with an iron fist- reserved his most imaginatively cruel tortures for his own royal courtiers, friends, and even family members who betrayed him.

Kim Jong Un of North Korea is another instructive example. Captured American Otto Warmbier was imprisoned, certainly tortured, and eventually murdered by Kim’s regime, true enough. But for traitors within Kim’s organization, they experience all that, and then are publicly fed to a tank of piranhas whilst still alive. Or worse.

Rulers like Kim Jong Un are surrounded by officials who participate in the brutality of the regime; there is no honor among thieves- or murderers. Only fear. For friends exposed as traitors, an example must be made.

The tendency to hate traitors more than enemies is also true for ISIS; who, believe it or not, have a website and an online magazine. At least they did.

Anyone reading it came away sure of two things: One, that they would henceforth and forever-more be on some kind of U.S. government watch-list for accessing the ISIS website, and; two, that most Americans understand very little about ISIS.

ISIS hates Israel, yes; ISIS hates America, certainly. But many people would be very surprised to learn that for ISIS, public enemy number one was in fact, none other than…the president of Iran.

The Taliban, and Al-Qaeda also scored high on the ISIS most-hated list; all for the same reason: For being traitors, too cooperative with the enemy.

Human beings hate their enemies; but we tend to hate our friends who cooperate with our enemies and betray us even more.

The reason for this is simple; we hate traitors, betrayers, Brutuses, and Judases more because they are closer to us, and can hurt us more. They are far more dangerous.

With our enemies, we know not to make ourselves vulnerable. Even strangers we keep at a safe distance. With our friends, our fellows, we are far less apt to be on our guard.

Which is why the public appetite for Ghislaine Maxwell is voracious indeed and, even now, those disappointed that Jeffery Epstein escaped justice via his mysterious suicide in jail are licking their metaphorical chops for her trial.

Jeffery Epstein was a vile human being; the worst kind- if the allegations against him are true, as they certainly seem to be. A pedophile, a rapist, a sex trafficker of women and children, a procurer, a blackmailer, and probably worse. That he will never face a day in court is a disappointment to any justice-loving person with a conscience.

But in some ways, the alleged crimes of Ghislaine Maxwell are far worse.

Jeffery Epstein was a wolf in wolf’s clothing; Ghislaine Maxwell was not. Women and girls who might never have trusted a man like Epstein were far more easily fooled by Maxwell.

With her insider status as a member of the victimized group, Ghislaine Maxwell weaponized her femaleness to prey on young girls. She deployed her posh, continental accent- the same one she used when passionately describing her personal commitment to save the world’s oceans in a TED Talk- to groom minors for work in the illegal sex trade.

With her wealth, jet-setting lifestyle, high-society friends, and designer clothes, Ghislaine Maxwell was the ultimate Trojan horse. Using her, and the promise they could be like her, Jeffery Epstein and others like him criminally exploited young women and girls.

Without someone like Ghislaine Maxwell, would they have been so successful?

With the full cooperation of Ghrislane Maxwell, Jeffery Epstein was able to lure vulnerable young girls with a false sense of security. Without her, it would have been far more difficult for Epstein to gain access to his prey.

Maxwell, with her European sophistication and friendly manner, was Epstein’s wolf in sheep’s clothing. She was also key in introducing Epstein to wealthy and powerful men, without whom, Epstein might never have been so successful a procurer.

In exploiting her femaleness, Ghislaine Maxwell must have found her role as a sex-trafficker made far easier.

Now that she is behind bars and facing trial for her alleged crimes, Maxwell may find her femaleness far more of a hinderance than a help. Sympathy for Ghislaine Maxwell is running thin on the ground, most particularly among potential jury members who happen to be female; it will be even thinner once the victims have had their say in court.

There is a growing anticipation for Ghislaine Maxwell to tell all she knows about Jeffery Epstein’s well-known friends and others who have been accused of taking part in his crimes.

Whatever she may be willing to tell, Ghislaine Maxwell may find it far more difficult than she thinks to escape punishment. Whoever her co-conspirators, Ghislaine Maxwell could well be considered the ring-leader of this group of despicable criminals.

And more treacherous and traitorous than even the worst of them.