The Biden Administration is blaming Facebook for failing to meet its vaccination goal. Are they right? 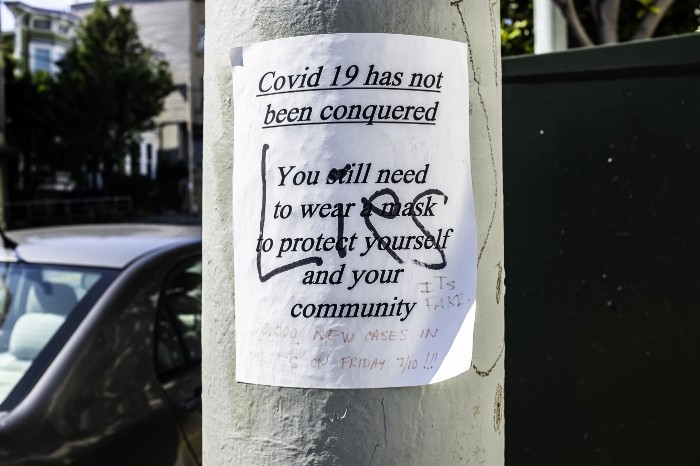 “I thought once everybody could speak freely and exchange information and ideas, the world is automatically going to be a better place,” were the famous last words of Twitter co-founder Evan Williams: “I was wrong about that.”

Besides wondering if Mr. Williams had ever met any people prior to inventing Twitter, and marveling at his naiveté, we now have a new burning question with which to test the above statement against the harsh, uncompromising lines of reality.

It goes without saying that Evan Williams was wrong, of course, as even he now freely admits that “the internet is broken,” and it’s “a lot more obvious to a lot of people that it’s broken.”

“People are using Facebook to showcase suicides, beatings and murder, in real time,” The New York Times agrees; “Twitter is a hive of trolling and abuse that it seems unable to stop. Fake news, whether created for ideology or profit, runs rampant. Four out of 10 adult internet users said in a Pew survey that they had been harassed online.”

The new, even more sobering question is: Just how wrong was Mr. Williams?

With the onset of COVID-19, and, it must be said, some of the more extreme social measures we undertook to stop the spread of it, many of the cracks in our society became clearer, deeper, and more urgent than ever.

One such question with which our modern society has been grappling is just how much freedom of speech people should be allowed online. Especially considering the spread of misinformation is a tough thing to combat. Discerning the difference between malicious misinformation and innocent errors in judgement isn’t easy, and it is never going to be in as diverse a society as ours.

People have a right to wrong, which is lucky because people often are wrong. They have a right to believe in Big Foot. They also have a right- and in some cases, a moral responsibility- to disagree about major fundamental matters.

To a committed atheist, every religious organization in the world is spreading dangerous misinformation. To millions of the devout around the world, spreading the idea that there is no God is apostasy of the highest degree.

Both are convinced the other group is undermining the public good with hideous misinformation. Who’s right?

Weather reports that fail to predict the weather are inaccurate, but are they misinformation?

COVID-19, as it has in so many other cases, has made answering questions of online freedom of speech more urgent than ever. We have a new question, and it’s a doozy:

Do people have the right to be wrong about COVID?

If they do have a right to be wrong about COVID, and share their mistaken beliefs with others, how will public health organizations compete with constant wildfires of misinformation raging against campaigns touting conventional wisdom?

Conventional wisdom, we must also consider, poses its own challenges. As we learned with the COVID-19 lab leak theory, conventional wisdom can get it wrong and is, in any case, usually evolving anyway.

It is becoming clear that the Biden Administration is, for the purposes of stopping COVID-19 anyway, prepared to back whatever censorship measures necessary- including outright banning from all social media platforms for posting false information about COVID-19, the vaccine, community vaccine outreach programs or the government response to the pandemic.

When asked on Friday about missing his vaccination goal and vaccine misinformation online, President Biden minced no words as he declared outright that social media giants like Facebook “are killing people.”

“‘They’re Killing People’? Biden Isn’t Quite Right, but He’s Not Wrong,” seems to be the best the New York Times can do as far as fact-checking.

For its part, and in spite of the admittedly cozy relationship blossoming between tech oligarchs and the Democratic Party, Facebook execs did not take Biden’s words lightly.

“At a time when Covid-19 cases are rising in America, the Biden administration has chosen to blame a handful of American social media companies,” Facebook’s Vice President of Integrity Guy Rosen posted on Saturday. “Facebook is not the reason this goal was missed.”

“The fact is that more than 2 billion people have viewed authoritative information about Covid-19 and vaccines on Facebook, which is more than any other place on the internet. More than 3.3 million Americans have also used our vaccine finder tool to find out where and how to get a vaccine,” Facebook spokesman Kevin McAlister said in a statement. “The facts show that Facebook is helping save lives.”

There are plenty of people on both sides of the aisle, voter and elected official alike who feel that, as private companies, the major social media networks have every right, and even a social responsibility to censor the posts of their fellow citizens. Censorship by private companies doesn’t violate anyone’s constitutionally protected right to free speech, these proponents argue.

Those taking this viewpoint should remember, however, that in places with the strictest restrictions on free speech, like China, most censorship is done by private corporations- not the government.

If the U.S. government is caught leaning on private corporations to do what it cannot because of constitutional restrictions on federal authority, the Biden Administration might be facing more than a few legal headaches in the years to come.

The government is restricted from doing exactly that to prevent an administration from successfully circumventing the constitution. Whether or not such measures would survive such legal challenges as would surely follow is something the Democratic Party may wish to avoid finding out about.

The potential blowback from such a gross overreach might prove costly to Democrats facing reelection in 2022- and well beyond.