What appears to be the accidental downing of a commercial aircraft has greatly weakened Iran’s bargaining power in its current conflict with the U.S. 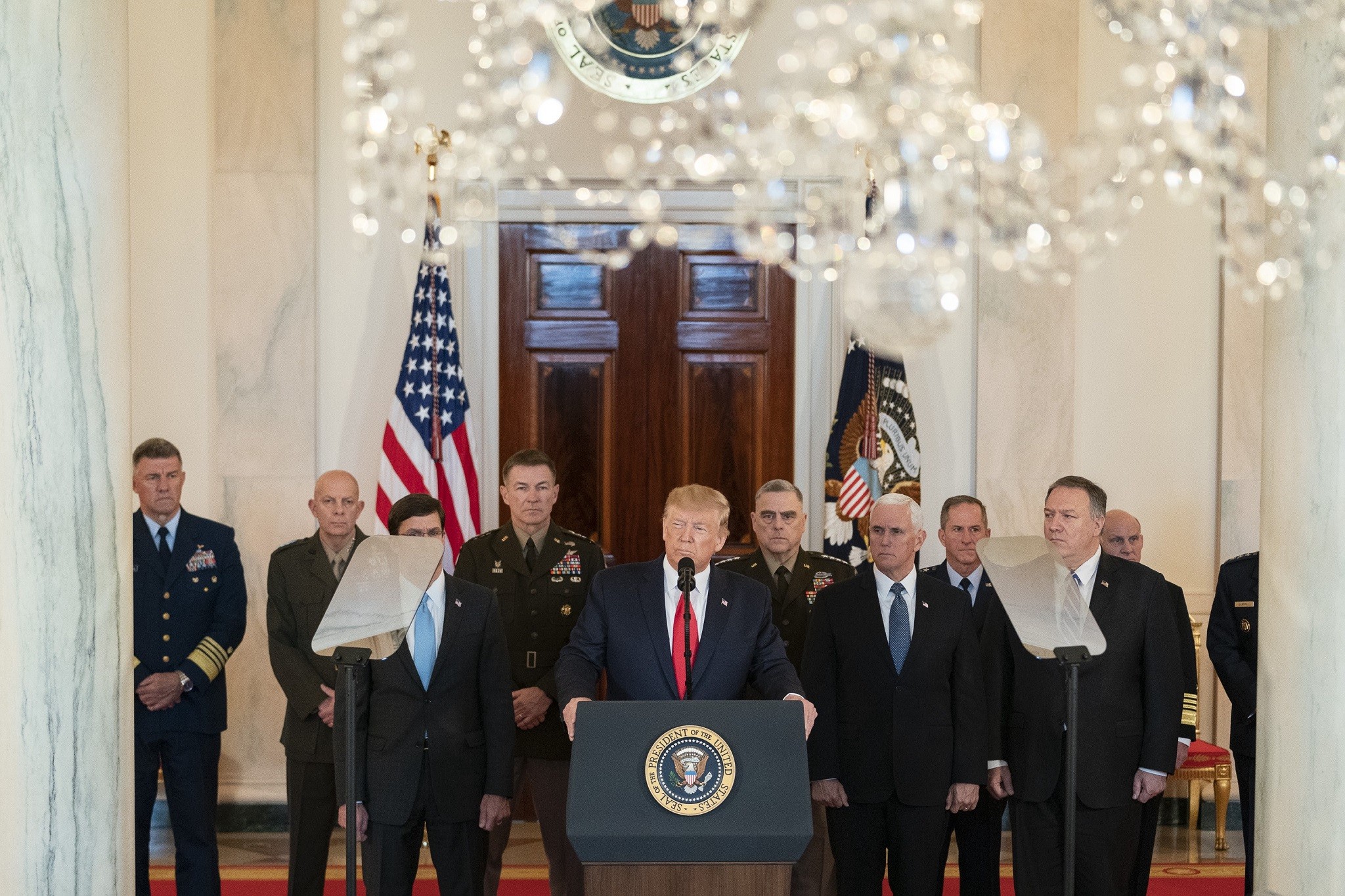 Did Trump Win? Or Did Iran Lose?

In the recent U.S.-Iran conflict President Donald Trump may have benefitted greatly from Iran’s blundering.

Because much to the consternation of Trump’s critics, and to the great relief of everyone else, the recent decision to order a precision military strike that killed e Iran’s QUD’s force commander, Qasem Soleimani, seems to have drawn no devastating reprisals by Tehran.

At least, not any intentional ones.

After an empty show of force, firing rockets at an unmanned military base, Iranian diplomats have indicated Iran will take no further action at this time to escalate the conflict.

This news was greeted by a brief collective sigh of relief, an instantaneous stock market rally and then widespread consternation and puzzlement, especially on the left.

How in the world could Trump’s reckless gambit- the one where he eliminated the head of a foreign government’s military force, albeit a military force that has been designated a terrorist organization with good reason, then bragged about it on Twitter- have possibly paid off?

Why was Iran, after months of steadily escalating the conflict, suddenly standing down?

Iran shot down a commercial airliner.

In what authorities of three governments are calling a likely accident, Ukraine International Airlines Flight 752 was hit by an Iranian anti-aircraft missile shortly after takeoff yesterday.

U.S. satellites confirm that two Iranian surface-to-air missiles were launched moments after the plane took off.

All 176 people on board were killed; including 82 Iranians, 63 Canadians, 11 Ukrainians, ten from Sweden, seven from Afganistan and three Germans.

“Canadian officials have received intelligence from multiple sources, including our allies and our own intelligence, that the plane was shot down by an Iranian surface-to-air missile.”

“This may well have been unintentional. This new information reinforces the need for a thorough investigation into this matter. Canada is working with its allies to ensure that a thorough and credible investigation is conducted to determine the causes of this fatal crash.” — Canadian Prime Minister Justin Trudeau. January 9, 2020

Now, as everyone can certainly agree, the intentional targeting of a commercial airliner by any government would be a war crime of the highest order. However, since the plane carried no Americans whatsoever, it is very likely that this was indeed a terrible mistake.

But such a mistake, at such a critical time, is likely to cost Iran, and those in charge, dearly in this conflict.

A country which has just accidentally shot down a commercial airliner, killing everyone on board, has much less bargaining power at the negotiating table.

Iran, it would seem, has already taken its pound of flesh- though by accident.

Granted, it isn’t the pound of American flesh Tehran would have liked. Though, since the Iranian authorities are claiming through Iran’s state-controlled media that their strike killed 80 Americans and wounded 200 more, it hardly matters.

Iranians think Iran has extracted their pound of flesh; downing a commercial airliner can be chalked up to the fog of war. Iranian authorities can tell the Iranian people whatever they want about this tragedy.

No doubt the Iranian government will take a cue from the liberal-progressive hardliners in the Democratic Party and blame the whole thing on Donald Trump.

Of course it was Trump’s fault for escalating the conflict that forced Iran to commit this terrible error. Trump made them do it.

Or Iran and U.S. Democrats can claim that Trump’s sanctions have crippled Iran to the point that it can’t maintain its radar systems, can’t make proper war any longer and so would make this type of mistake.

Wait, that isn’t a very good one. Only someone who cares about Iran’s ability to properly wage wars against its enemies, first and foremost “Death to America” and “Death to Israel”, would be swayed by such an argument.

So Iran might take a page from Nicolas Maduro’s book and blame the whole incident on U.S. intelligence agencies, and of course, Donald Trump. The blackouts in Venezuela aren’t caused by the mismanagement of Maduro’s socialist government, which owns all the power companies; the U.S. carried out secret missions to destroy the power grids, obviously.

Iran didn’t accidentally shoot down a commercial airliner carrying Iranians during a military strike it happened to be conducting at the same time; the U.S. must have carried out a secret mission to hack Iranian systems and make them think the target was a U.S. drone or plane.

If all this seems a bit farfetched, even for the funny papers, please remember that yesterday the media was telling Americans in complete seriousness that we were facing no less than imminent World War III and probably forced military service, i.e. the draft.

Iran, and U.S. Democrats, will have to come up with something, however. An admission of guilt by Iranian authorities would also, likely, have to entail some sort of cooperation on Iran’s part to avoid retaliation by the other nations affected by their error.

The downing of a civilian aircraft, even accidental, weakens Iran’s position at the negotiating table greatly. It also makes the Iranian military look weak, jumpy, and ineffectual at a time when it would like to appear strong and intimidating.

What Iran won’t be able to do- withhold the black boxes though it might- is conceal the truth about the downing of the airliner.

International authorities and investigators are only confirming what aviation industry insiders have known from the moment this crash was announced and footage appeared on the internet:

No technical error brought that plane down.

Why else would so many nations immediately suspend air travel to or from the area and divert all flights to avoid that airspace?

A three-year old Boeing 737–800, with no technical problems on its last inspection just days before it crashed, piloted by someone with over 10,000 of flight time on that airplane, does not just fall out of the sky.

And if it does, there is an intensive investigation and a legal fallout that continues on the Boeing 737 Max to this very day.

Iran’s Ayatollah Ali Khamenei must be wondering where he suddenly went so wrong.

First, we know the death of Soleimani both took him utterly by surprise- as he smugly tweeted to Trump “you can’t do anything” just hours before the strike that killed Soleimani- and saddened him greatly.

Next, we know that he accidentally shot down a commercial airliner full of Iranians. He didn’t even get an American by accident.

Maybe this series of unfortunate events will help the Iranian authorities to think better of their actions in provoking nations larger, wealthier, and better armed than themselves.

The death of Soleimani, sudden and unexpected as it was, has terrorists running for cover in the region. All fear they may be next on the Trump’s administration’s list.

People who have taken American lives may indeed have much to fear. The precision strike on Soleimani was countered by Iran with the accidental downing of a commercial aircraft carrying civilians.

No one, including the Ayatollah himself, can be feeling very untouchable at the moment.