Internet Fame in the Age of Outrage

Why a random act of public confrontation is self-aggrandizing nonsense. 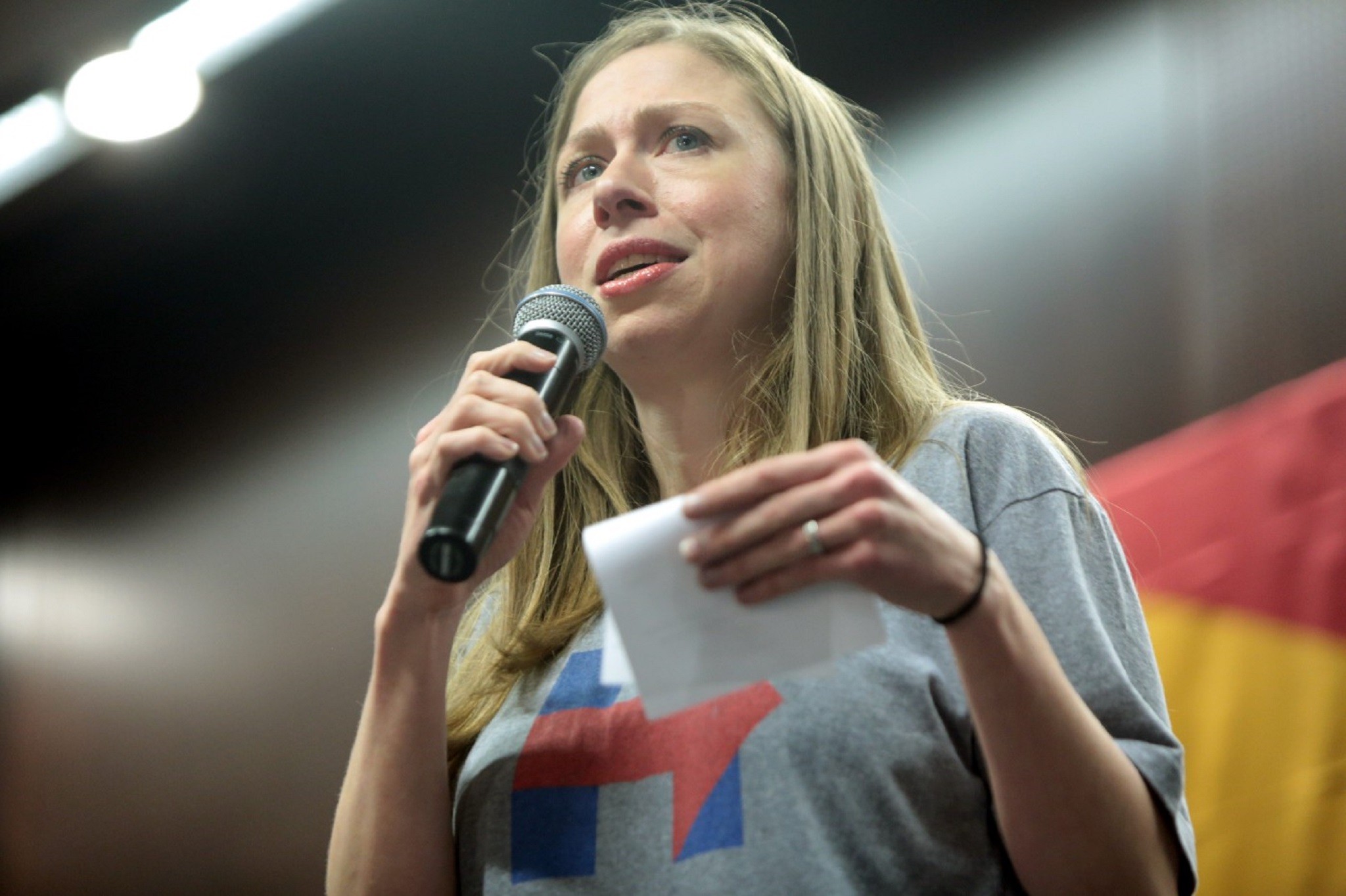 Chelsea Clinton speaking with supporters of her mother, former Secretary of State Hillary Clinton, at a campaign rally in Tempe, Arizona in 2016. (photo: Gage Skidmore)

“The students were wrong, Chelsea Clinton’s never done anything to spread Islamophobia, that’s not the way you’re supposed to behave at a vigil, and we as Americans need to stop perceiving every encounter with a famous face as a chance to create a viral video moment.” — Jim Geraghty, Democrats Aren’t Rushing to Defend Chelsea Clinton

It’s not funny. It’s not cute. It’s not Punk’d. Embarrassing someone in public is not going to make you rich and famous. It is not a one-way ticket to instagram influencer status and stardom. And it’s not helping.

There She is! Let’s Get Her!

Clinton’s crime according to her public accusers? No less than causing the massacre herself.

“This right here is the result of a massacre stoked by people like you and the words that you put out into the world. And I want you to know that and I want you to feel that deeply — 49 people died because of the rhetoric you put out there.” — Leen Dweik

Clinton, perhaps inured by a lifetime of being called ugly by rude strangers in public, maintained her composure perfectly.

“We should expect all elected officials, regardless of party, and all public figures to not traffic in anti-Semitism.” — Chelsea Clinton, twitter

Clinton is understandably sensitive about attitudes that regard Jewish people as uniquely untrustworthy; she is not an anti-Semite. Clinton is also expecting a third child with her Jewish husband Marc Mezvinsky. Though Clinton herself is Methodist, the couple are raising their children in both faiths.

Clinton routinely challenges anti-Semitism and other forms of intolerance on twitter, and even defended Omar against President Trump’s calls for her removal from the House Foreign Affairs committee.

“Mr. President, Congresswoman @IlhanMN apologized for using an anti-Semitic trope & demonstrated leadership. When have you ever apologized for your embrace of white nationalism & your exploitation & amplification of anti-Semitic, Islamophobic, racist, xenophobic, anti-LGBTQ hate?” — Chelsea Clinton

Here are the reasons Clinton’s harassers gave after BuzzFeed was kind enough to give them a platform.

Here is the real reason:

They weren’t ‘speaking truth to power’. What nonsense. It was “all about the Benjamins’”, as their favorite Congresswoman would say. And getting a million hits on youtube.

They Wanted Attention, Fame, and Money

Now, the two opportunistic “activists” are getting exactly what they wanted out of their impromptu little morality play.

Let’s all pay attention to them, shouldn’t we?

The most cursory examination of recent social media reveals some deeply troubling details about the two would-be justice warriors brave enough to heckle a very-pregnant woman attending a memorial service for people she never met, of a different religion than her own, half a world away.

Ostensibly, they wanted Clinton to support the Muslim community. Ostensibly, that is exactly what she was there to do.

If that was really what they wanted, they would have been satisfied. If they weren’t, they could have just as easily asked for a private word with Clinton. Clinton probably would have welcomed a discussion given the backgrounds of the two young women, one a Jewish American-Israeli and the other a Palestinian Muslim, according to their BuzzFeed editorial.

They could have turned it into a great podcast. More work than briefly yelling at a pregnant scapegoat and recording it no doubt, but more effective for the Palestinian cause, surely.

Clinton is someone who has repeatedly shown herself to be tolerant of other religions and identities, and is as anxious as the rest of the right-thinking world for a peaceful and equitable solution for everyone involved in the Israeli-Palestinian conflict.

But that isn’t really what the two young opportunists want either.

But the Israeli occupation, you say? Jewish people have thousands of years of history in Israel. The Jews themselves were a displaced people repatriated. In addition, Islam is a major religion in Israel: 17.7% of the people living in Israel today freely practice their Muslim faith. Holy sites that are shared by both faiths are open to everyone.

Another thing BuzzFeed missed when they didn’t bother to look into the backgrounds of the students.

There is undoubtably more. It is early yet in the news cycle for this story. And the internet is forever.

The Rise of the Anti-Fanatic

These two female students are hardly the first to have the idea to hitch their wagon to someone else’s celebrity star; not by being a fan, that takes too long, but by being an anti-fan.

Republicans are easy targets, as the media’s efforts to dehumanize them has been largely successful, especially with the younger demographic overrepresented on popular socials. Prominent Democrats have also encouraged acts of public confrontation.

“Let’s make sure we show up wherever we have to show up. And if you see anybody from that Cabinet in a restaurant, in a department store, at a gasoline station, you get out and you create a crowd. And you push back on them. And you tell them they’re not welcome anymore, anywhere!” — Rep. Maxine Waters

That’s right; elected Republicans, and the 63 million members of the voting American public who elected them, aren’t welcome anywhere.

From young Republican staffers stranded by an Uber driver to Sarah Huckabee Sanders being unceremoniously thrown out of a restaurant. Ted Cruz has been hounded in public, he isn’t the only one.

Far from condemning, left-leaning media outlets have been largely in favor of these incidents, even calling them necessary.

To make a point?

You are. That is, if your point is that you are willing to embarrass yourself and anyone near you in public for a million hits on youtube.

After your public tantrum, people who strongly support your cause will continue to do so. People already sympathetic your cause will likely remain so, which they would have done anyway. That is, unless they are so put off by your behavior that it undermines their faith in your cause. People neutral or unsympathetic to your purported cause are hardened further against it, which they would not have been otherwise.

How have you helped?

You’ve kept strong support positive, and entertained, but that was preaching to the choir. You’ve pushed some weak-positives towards neutral and pushed some neutrals negative. You’ve caused some weak negatives to veer more negative, and strong negatives to dig in deeper.

Because of you, a real activist for your cause has to work all the harder. I sincerely hope the harassers of Chelsea Clinton never try to advocate for my cause. Thanks but no thanks.

Now, if you will please excuse me. I know where Newt Gingrich goes to church. What an opportunity! I need to increase my readership. I’m going to look up something to confront him about, there has to be something.

Venmo me for my work, no offense. I was joking.