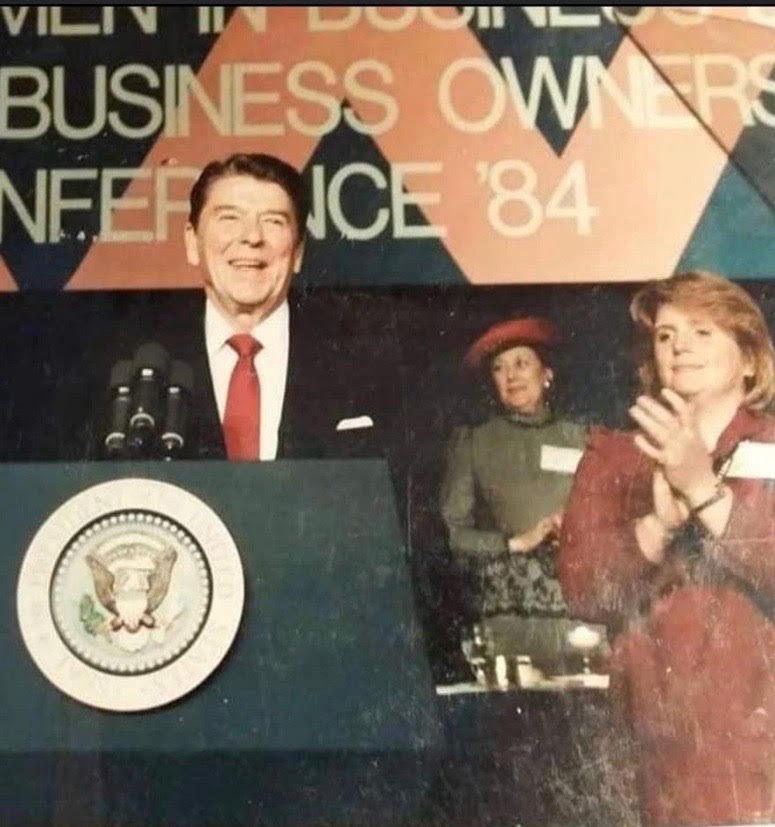 Alice M. Byrne, a long-time New York private investigator and founder of Alice Byrne Investigations Inc., passed away one month ago after a life-long battle with Multiple Sclerosis.

Alice was renowned in her profession, recognized by President Ronald Reagan as “an outstanding woman” and former NY Governor Mario Cuomo as “a woman of distinction in the field of business.”

Byrne was orphaned in her late teens after both parents passed away. In spite of this hardship, she pushed herself through St. Vincent’s nursing school, where she worked until suffering from a heart attack at the age of 27.

Divorced in 1975, Bryne accumulated enough money to buy a small burglar-alarm and security-guard company from her ex husband, which she later built into a successful investigative firm.

Despite the predominance of males in the profession at the time, more and more women like Byrne were getting involved in investigative work. At a time when most female professionals in the field advertised using only a first initial, she deliberately listed her full name in the Yellow Pages advertisement for her company “because I think it helps me get business.”

The Mysterious Disappearance of Vida Wayne

One of Bryne’s first high-profile cases was the missing persons investigation into Vida Wayne, heiress to the Halliburton Oil fortune. Wayne disappeared after flying first-class on a plane into Manhattan, New York.

Alice Byrne was often imaginative and unorthodox in her approach to investigations. During the Wayne case, she traveled around New York handing out missing persons fliers and eventually traced Vida Wayne’s steps to a McDonalds on the East River.

One of Bryne’s unconventional methods even involved engaging a psychic. The psychic’s lead placed Wayne’s body near two identical structures; Vida Wayne was later found in the water near the Twin Towers.

Bryne theorized Wayne had bought flowers and a wreath to throw in the river for her recently-deceased husband. Bryne raised the possibility that Wayne was in an incoherent and unstable state, due to drinking and/or taking medication, leading to an accidental fall into the East River. The police accepted Mrs. Byrne’s theory that the heiress, confused and dizzy from the medication she was taking for high blood pressure, had fallen into the river by accident.

“Alice became good friends with Dorothy Allison, a famous forensic psychic specifically known for being able to locate bodies. Her advice was utilized by police departments throughout the nation, so when we were at a dead end in an investigation we would visit Allison for advice,” said Michael Marino, former Chief Investigator of Alice Byrne Investigations.

Marino, a retired New York City homicide detective, agreed to work part-time for Bryne after leaving the NYPD in 1982. Many cases they worked on together were missing person’s cases, custody cases, robberies, surveillance and divorce investigations.

The partners met when Bryne was contacted by Marino’s department to assist in a high-profile missing persons case, and reached out to local detectives with homicide experience. After discussing the case over lunch, Marino agreed to assist Bryne in the investigation, which lasted approximately one year.

“Alice Bryne was the type of person- that if she didn’t know how to do something-she learned how. She was like a sponge. I watched a woman who did not have much investigative experience become one of the best investigators I have ever known,” Marino said.

He went on to describe their work dynamic, and how her attention and focus on small details aligned well with his personality and style of investigation. “She was excellent in undercover work and was often able to get us access into difficult locations. When we started working together, she focused her attention on missing persons cases and as we started assisting ChildFind, all of our work was pro bono.”

Bryne volunteered to work on the disappearance of Etan Patz, a child who vanished during his walk to school in 1978. Etan Patz eventually became the face of missing children in America, one of the first to be featured in the famous milk carton campaign.

Patz’ case led to Bryne’s dedicated involvement in missing children cases. She began donating services to ChildFind, leading to her role on the Board of Directors. Bryne was later named National Honorary Chairman of the organization, which grew and became Child Find of America, Inc.

In addition to her reputation for helping children, Alice Bryne was well known for her business acumen. As president of Women’s Business Owners of New York, Bryne invited former U.S. President Ronald Reagan to attend a luncheon at the organization’s annual forum. The event made the cover of the New York Times and featured Bryne presenting the former president with a “Women Mean Business” shirt.

Bryne was seated next to Reagan at the luncheon and engaged him on the issue of missing children, one of her chief causes since she began donating services to ChildFind. Following the luncheon, the White House contacted ChildFind and Bryne’s office worked to get President Reagan involved in naming National Missing Children’s Day on May 25, the day of Etan Patz’ disappearance.

“Politicians often smile and ‘yes’ you to death. President Reagan smiled, but did so much more. In addition to the legislature, he personally donated a very generous financial gift to Child Find. There was only one stipulation to the gift — we could not reveal how generous he was.” Bryne wrote on her website.

Reagan later signed the Missing Children’s Act, mandating a system to aid parents in their attempts to locate missing children.

Like Reagan, Bryne had experience in the entertainment industry, working as a technical advisor for the Harrison Ford/ Brad Pitt film, “The Devil’s Own” for Columbia Pictures. Bryne used her expansive investigative experience to bring more realism to motion pictures. She paired a real-life police officer with an actor playing a police officer. The officer shared police stories with the actor and gave advice based on how he would’ve reacted while on duty.

Later in life, Bryne was diagnosed with Multiple Sclerosis, which impaired her sight and speech. She was cared for by her dedicated and loyal partner, who happily married Alice two weeks after the MS diagnosis.

“Even after she was diagnosed with MS, she worked every single day and managed to get cases done,” Marino said.

While continuing their work for missing children, the two partners soon expanded into criminal work and took on clients convicted of homicide. Bryne came across the case of Keith Roberts, an individual who claimed he was falsely convicted of a crime. Bryne decided to take on the case for free.

She was able to find significant inconsistencies in Roberts’ trial and conviction, including a detective’s description written of the perpetrator that did not match the suspect, violations by corrupt police officers, and a witness who confirmed she had picked a different individual in the police lineup than the arrested suspect. Bryne and Marino were able to overturn the conviction and Keith Roberts went free, later making an appearance with Bryne on Good Morning America.

“She was an extremely down to earth woman who loved her family and loved her work,” Marino said. “She had more friends than anyone I had ever known, and did more pro bono work than any investigator I have ever seen. She was an incredible human being, there was never a day working with her that was not incredible, it was always amazing.”

At the conclusion of an amazing life, the friends and family of Alice M. Bryne can find solace in the lives she touched, the people she helped, and the difference she made.

Because dedicated investigators like Alice Byrne never gave up, the murderer of Etan Patz was arrested in 2012.