Her latest scandal further demonstrates that Rep. Ilhan Omar is a poisoned pill Democrats have swallowed hook, line and sinker. 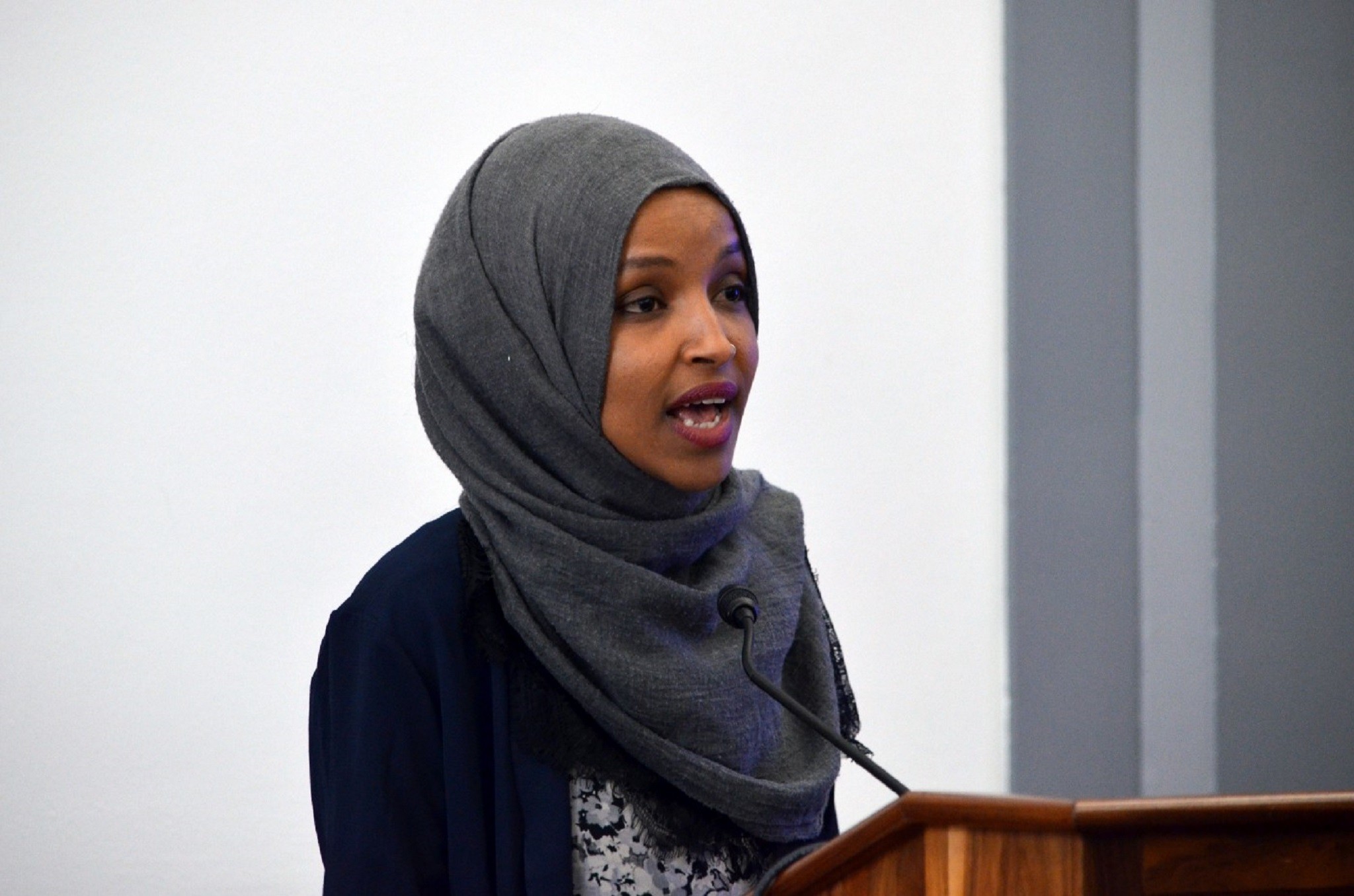 That immortal line from the 17th century play by William Congreve The Mourning Bride survives all these years later for a good reason; the sentiment it expresses is as true today as it was then.

In a story broken by the New York Post, divorce proceedings were filed yesterday by a DC physician who alleges that her husband, E-Street Group’s Tim Mynett, left her after declaring his love for freshman Congresswoman Ilhan Omar and confessing to an affair.

E-Street Group and Mynett were retained by Omar’s congressional campaign, the two worked closely together and were photographed recently having dinner together in California.

Though Omar has as yet to respond to the allegations, it’s undoubtably information the purported love-birds would rather have kept quiet.

Unfortunately for Omar, it doesn’t get much more public than a divorce filing. Dr. Beth Mynett’s decision make the painful circumstances of her marriage and impending divorce public reflects, at least in part, the callousness with which Tim Mynett and Omar, who is also married, have behaved.

Those on the left rushing to defend their erstwhile champion should think twice before showing such faith and trust in the Congresswoman. Or as Speaker of the House Nancy Pelosi might say to Omar, and has in fact said: Think once.

Claiming to be a progressive doesn’t really make you one.

Claiming to have progressive policies doesn’t automatically make you a good person, either. In fact, plenty of terrible people throughout history have professed progressive ideologies.

Charles Manson organized his “family” to commit intentionally horrific and shocking crimes he planned to frame on the African-American community. He hoped these murders would incite a race war…a race war Manson expected African-Americans to win. He thought African-Americans would run things better- with his help, of course.

Before Manson, there was the infamous cult leader who became synonymous with poisoned kool-aid, Jim Jones.

He and his wife were the first white couple in Indianapolis to ever adopt an African-American child in 1961. His whole compound was a concerted and openly-acknowledged effort to build a perfect communist paradise where everyone, regardless of race, age, or background, was completely equal and shared equally in everything.

Incidentally, one of the (many) reasons Jim Jones and his 918 followers committed mass suicide is that their utopia was a massive failure. 1/3 of the population was elderly, 1/3 were children- It doesn’t take a math whiz to understand why their system failed and it wasn’t a bug, it was a feature.

These are extreme examples, but there are plenty of other instances of ordinarily terrible people hiding behind warm and fuzzies.

A profession of liberal progressivism alone is not proof of a sound moral system, no more than any other professed moral values system. This is true because “talking the talk” is only a small part of it. Obviously, when we consider the motives vs. actions of Charles Manson and Jim Jones, it is easy to see the two men for what they are: Charlatans. They were people professing faiths they obviously didn’t really feel to gain positions of trust for their own nefarious purposes.

People of faith, including anyone who wants to make a positive difference in the world and works to advance a particular cause, are highly susceptible to charlatans. Because anyone who talks the talk can enter freely.

Communities currently dedicated to social change are perhaps particularly vulnerable. All hands on deck means anyone with a heartbeat who can hit the major talking points of the cause gets at least the keys to the front door.

If someone is really good at talking the talk, and even backs it up sometimes, they get the keys to the kingdom. And to the cash register.

Take Christians for example; anyone who says they love Jesus is welcomed with open arms. That bad people can, and often do, lie in order to prey on the vulnerable and trusting is how wolves are so routinely turned among the unsuspecting sheep.

One such wolf in sheep’s clothing, is Ilhan Omar. She is the gift that keeps on giving- to the Republican Party. This latest scandal is just the most recent in a successive list of proofs as to the true motives and character of Ilhan Omar.

From a near-constant barrage of anti-Semitic comments, to improper use of campaign funds, to implications of tax and immigration fraud with regards to one of her other marriages, we can come to understand who Ilhan Omar is really representing in Congress.

However, being duly elected to Congress entails being called into question for your personal life. That is why it is called ‘public service’. Very little about your life remains private.

No, engaging in an extra-marital affair, while punishable by death in Omar’s native Somalia, is not illegal in the United States. Still, Omar’s constituents should hold her accountable for her actions. Because it does matter.

Dishonestly in dealing with one’s spouse is not a great character reference. It does not inspire confidence from one’s colleagues, peers or those who may look to a congressperson for leadership and example.

It makes you a political liability.

Omar also shows a great degree of disloyalty to the people who work for her. People who have worked the long, grueling hours required by a political campaign for her deserved better.

People who have hitched their future career prospects and the financial lives of their families to their belief in her, deserved better.

Now, instead of working on something important, her entire staff had to spend their day answering calls, emails and fielding questions from reporters about Omar’s alleged extra-marital affair. Not to mention calls from their own concerned family and friends.

It is a poor repayment of their sacrifices and faith in her, risking everything for something so stupid and sadly mundane, like illicit sex outside your marriage. Get a divorce.

How exactly is any of this advancing the progressive cause?

Between her tangled personal life and her single-minded determination to destroy Israel, a country thousands of miles from her district, it is clear where Ilhan Omar’s priorities lie. And it certainly isn’t with the citizens of Minnesota’s fifth district.

Hers is a betrayal of the public trust. People who pulled the lever for her intended for her to govern; not just sound off on Twitter and fool around with DC fundraisers.

Her conduct demonstrates the disdain in which she holds her office, her staff, her constituents, and her donors.

Because Omar also betrayed the many people who financially supported her successful campaign. One out of every three dollars donated to Ilhan Omar’s campaign, over $200,000, ended up in the hands of her married boyfriend’s firm. It is hard to believe that someone who would lie and cheat on their spouse and the father of their children would be above financial impropriety.

Nor are Omar’s- her staff, supporters, and donors- problems over. On the contrary, as of this writing an FEC complaint has been filed against Rep. Ilhan Omar alleging misuse of campaign funds to pursue the affair.

Plenty of promising political careers have been undone by personal foibles, not the least of which are campaign finance fraud and adultery. Just ask John Edwards, Newt Gingrich, and Ducan Hunter.

Why should Ilhan Omar get a pass?

What undercuts her professional position and reputation the most is the serious lack of sound judgement her behavior shows. Her actions prove, as if further proof was necessary, that Rep. Ilhan Omar is utterly unfit for Congress.