If You Defend Iran and Condemn Israel, Your Problem Isn’t With Human Rights Violations

Which countries, besides Israel, should be wiped off the map? Thought so. 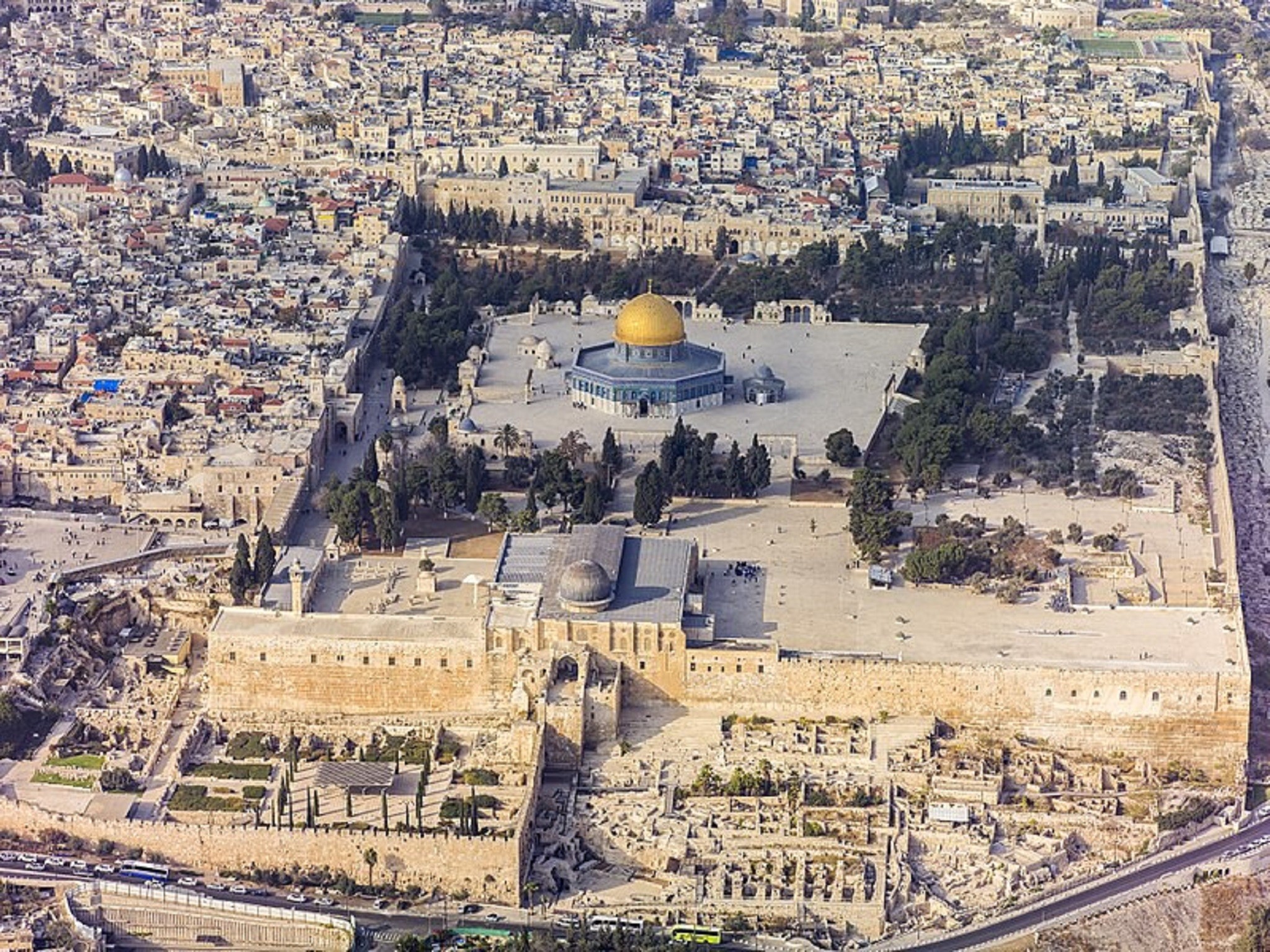 Southern aerial view of the Temple Mount, Al-Aqsa Mosque in the Old City of Jerusalem. Annotated in the foreground is Al-Qibli Chapel. Al-Aqsa Mosque is considered to be the third holiest site in Islam after Mecca and Medina. Behind are The Dome of the Rock and to the right, The Dome of the Chain. The Temple Mount, which is called by Muslims as Al-Aqsa Mosque, is considered to be the premier holy site in Judaism as it is the place where the first and second Temples stood. (photo: Andrew Shiva / Wikipedia)

Thought experiment: If you would use Israel’s human rights violations to justify such an act, a simple question will help clarify the matter.

Which other countries also need to be eradicated?

How you answer this question reveals your true motives. If you answer ‘none’, why Israel, then? Do you honestly believe that Israel is the worst human rights violator in the world?

So why do you think Israel is the only country that should be wiped off the map? Do you think Jews are uniquely evil? That’s a problem.

Or, perhaps you just don’t think Jews belong there. Why not?

Israel Is Not South Africa

Any comparison between the State of Israel’s existence and South Africa’s Apartheid is errant nonsense.

Jews didn’t just decide to go to Jerusalem after the Holocaust.

Unlike the erstwhile wealthy white landowners in Apartheid-era South Africa, Jewish people have an over three-thousand year history in Israel. People in Palestine have a historic, religious and cultural claim to the region that is also not insignificant.

Which brings us to the only reasonable solution, and one that Israel has been offering Palestine for decades.

You don’t need to.

If you understand one thing about the conflict, understand that Israel has been offering the Palestinian government and the people of Palestine a peaceful solution for years; a two-state solution.

You stay over there, we’ll stay over here; problem solved. There is more than enough room for everyone.

Trump has recently broken Presidential protocol to voice support for the two-state deal, and even frames the Jerusalem embassy move as a play for peace; a move to obligate Israel to make concessions at the negotiating table.

“Israel got the first chip and it’s a big one. By taking off the table the embassy moving to Jerusalem, that was always the primary ingredient as to why deals couldn’t get done. Now, that’s off the table. Now, that will also mean that Israel will have to do something that is good for the other side.” -President Donal Trump

Palestine wants one state; theirs.

The one-state solution proposes to merge Israel with the West Bank and the Gaza Strip into one single democratic country.

A large, democratic country where Muslims would vastly outnumber Jews and Israel would cease to exist.

Israel, in order to accept this offer, has to agree to fall on the sword of the one-state solution and die.

Which anyone who has ever brokered a deal of any kind, or mediated a conflict between any two persons, or negotiated through to compromise on a business deal, knows is no offer at all.

Why should Israel agree to cease to exist in order to appease the Palestinian government?

More importantly, why should anyone in the U.S. wish that they would do so? The U.S. needs Israel as an ally, Israel is critical to the fight against terror and radical Islam in the Middle East.

Israel brings something to the table in a relationship with the U.S., which is how a partnership between to sovereign nations normally works.

If you think that Israel, acting against its own best interests, should cleave to the Palestinian demand and cease to exist, I ask you again:

Do you think any other countries should just cease to exist?

If you ask a supporter of the Palestinian right to sweep Israel completely off the map this question, they will squirm uncomfortably.

Some will waffle a bit about North Korea, perhaps. If they are going with ‘Human rights violations’ as a smokescreen. Saudi Arabia is likely to come up.

But plenty of other countries, including, need I even mention it, the U.S., have a long history and a current track record of violating human rights. Should any of them be stripped of their right to exist?

China’s human rights history is littered with the dead, and the living. The Chinese government is currently ‘curing’ radical Islam with ominously named ‘re-education’ interment camps for offending Muslims.

Implications of a One-State Solution

When they want to condemn Israel, liberals on the left, the press and anti-Semites of every stripe eagerly point to human rights abuses perpetrated against the Palestinian people by the Israeli military.

Yet, supporters of Palestine still think the U.S. should act against its own best interests, turn on an ally, seize Israel and hand it back to its rightful Palestinian owners.

Why? For what reason? Because it’s the right thing to do?

Right according to whom? You? Who, forgive me for asking, are you? More importantly, who do you think you are?

Where are the displaced Israelis to go? What makes you so certain that destabilizing the region in this manner will make daily life better for any of the ordinary people concerned?

The answer depends on who you think is most likely to seize leadership roles in a newly-created power vacuum.

Let’s say, for the sake of argument, that it may not be Mr. Rogers.

One in a million might be a Juan Guaido, an opposition Robin Hood, already in position to peacefully seize power when the moment arises.

But it should come as no surprise that great leaders are usually elected by the people, chosen by their peers, and voted for in peaceful elections.

People who would make good leaders don’t seize power. It’s the other kind who do.

The leaders who emerge in a power vacuum are usually the type of people who would capitalize on an opportunity to seize power.

How do people like that normally treat the poor, the oppressed, the minority citizens in that region?

Do they need a scapegoat for something?

Do they have any past grievances to address, real or imagined?

Join us for the next part of this series, where we will take a closer look at the human rights abuses in Iran which Israel’s detractors are willfully ignoring.