How to Let a Good Crisis Go To Waste

The Unhinging of America: Hyperbole is poison; Nuance is the antidote. 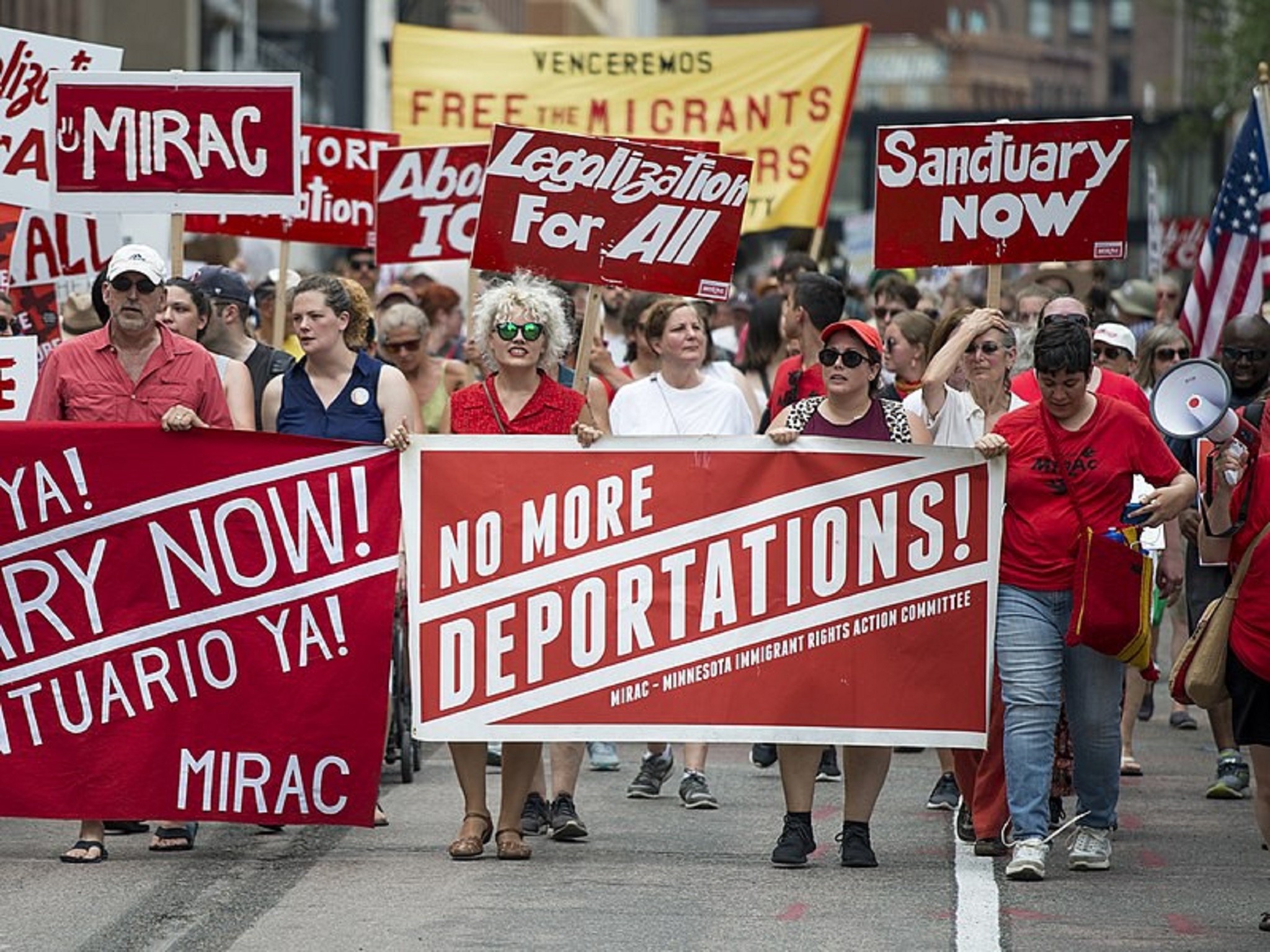 Any crisis, anything, can be politicized now because everything is fair game in the politiopublic arena. And everyone has a narrative.

For All The Good It Does: Blame Trump

Blaming Trump might feel good but it accomplishes nothing. It is a narrative with no nuance.

Kevin Spacey made a somewhat bizarre video a few days ago, largely seen as an inappropriate response to allegations of sexual assault leveled against the veteran actor. The Sad Truth Revealed by That Disturbing Kevin Spacey Video: Trump’s fault.

Mistakes Were Made. Yes, Even by Trump

If you turned on a television or a computer in the last few weeks, you likely heard about the 7-year old girl from Guatemala who died in U.S. custody in December.

Another child, this time a boy from Guatemala, has now also died. 8-Year-Old Migrant Boy Dies In Government Custody In New Mexico Hospital.

These terrible tragedies have already prompted calls for action and changes to the way children under the age of ten are medically accessed at holding facilities and during transport. Customs and Border Protection announces changes after second child dies in custody.

What the exhaustive “Never Trump Narrative” neglects to report on, is how hard the agencies involved have been working since summer to both reunite children with their parents, and care for children who arrived at the border with no guardian at all. Nuance.

According to a PBS report in September, 416 children remained in U.S. custody and had yet to be reunited with parents:

304 have adults who are currently outside the U.S.

199 belong to parents who “indicated desire against reunification.” (It should be noted that the ACLU has challenged this supposed “desire” in court, filing personal court documents that say some parents may have been coerced by immigration officials to waive their reunification rights.)

31 adults had a “red flag” in their background checks

9 adults are in federal, state or local custody

3 adults had a “red flag,” concerning safety and well-being

Adds a certain nuance you don’t get from the headlines, doesn’t it? A Border Patrol agent recently even saved a drowning man’s life.

How have the media been treating this situation?

Immigrant Children Separated from their Families

“Children are being marched away to showers, just like the Nazis said they were taking people to the showers, and then they never came back. You’d think they would use another trick.” -MSNBC’s Joe Scarborough

Really, Joe Scarborough? Really? The pictures of the kid’s facilities don’t look that bad, a little cold and industrial perhaps, even in Vox. Although, if you read the Vox article above, you have to get through the adult facility photos, which are admittedly not welcoming, to get to the children’s facilities, which are.

Those silver, shiny blankets might look like aluminum foil trash but they are actually space blankets and are really lovely and warm, if not particularly lovely to look at.

Here’s how the kids will be celebrating Christmas, and what some of the shelters around the country are doing to make celebrating apart from their families and/or far from home a little bit merrier.

No children are being deliberately put to death in these centers.

Any comparison to Nazis is inexcusable and makes light of a terrible crime committed against humanity, and against the Jewish people, that is still suffered and borne by many, even today.

The word Nazi should not be bandied about so easily and shame on those who indulge themselves over the line of exaggeration, narrative and hyperbole into willful ignorance and frankly, a backhanded denial of the Holocaust.

Yes, Scarborough is suggesting that the Trump administration is Hitler, on one hand, which is likely his point: But in doing so he is also implying on the other hand that the Nazi administration was guilty of nothing more than separating Jewish children from their families at the German border.

And even then, only doing so because the German govement lacked the proper infrastructure to more adequately respond to a humanitarian crisis of a mass illegal immigration of families and unaccompanied minors at one of their borders.

While unacceptable, Joe Scarborough is not, however, alone.

“The Republicans will fall in line. … They’re the North Korean army marching behind the Dear Leader.” -MSNBC’s Joy Reid

These remarks also make shameful light of a humanitarian crisis that continues at this very moment, when thousands of people are interred in forced-labor prison camps that can be easily viewed in our modern satellite imaging age by anyone. Go on, look.

We know what goes on inside them, too. Don’t look.

From time to time, a scant few very, very lucky people manage to escape these places and tell their stories. Read The Aquariums of Pyongyang, if you dare. Bring tissues.

Although, in fairness, left-leaning media alarmists might really hate Trump more because he plays right along with this ridiculous and dangerous new hyperbole and constant exaggeration for dramatic effect than because he thwarts their attempts to smear him by not caring one whit.

Here Are the People Trump Said the Death Penalty Should Be Used Against This Year. It should, however, be noted that Rosie O’Donnell and the writers of Saturday Night Live were not included in this list.

“We should rip Barron Trump from his mother’s arms and put him in a cage with pedophiles and see if mother will stand up against the giant a — hole she is married to.” -America Actor, Peter Fonda

Though disgusting, Fonda’s words do bring up an important point.

“The 2017 Federal Human Trafficking Report found that active criminal cases overwhelmingly involved sex trafficking (95.1 percent). Of the 661 active sex trafficking cases in 2017, 65.8 percent involved child victims. The majority of trafficking operations (84.3 percent) used the Internet to solicit purchasers for sexual services, with backpage.com, Facebook, and Craiglist.com, among others, being the most commonly cited websites.24 Traffickers also often tend to be known to their victims. In 2017, 14.4 percent of active criminal labour and sex trafficking cases involved “defendants who trafficked their children, spouses, intimate partners, siblings, or other family members.” — From the Global Slavery Index

Immigrant and migrant populations are especially vulnerable to predatory traffickers who use violence, drugs and intimidation to keep their victims compliant.

“Migrants, and especially migrant women and children, are particularly vulnerable to modern slavery in the United States due to their “lower levels of education, inability to speak English, immigration status, and lack of familiarity with U.S. employment protections. Further they are vulnerable because they often work in jobs that are hidden from the public view and unregulated by the government.”35 -from the Global Slavery Index

You have to guess which is which and a child’s life depends on you getting it absolutely right, absolutely 100% of the time.

Now, what if you’re wrong?

The answer to this problem is, of course, due diligence. Exactly what you would demand if faced with this situation: More information.

Children who, it must be admitted, have been endangered by their guardians, whether related or otherwise, however strong the motivation or credible the justification might have been for the adults responsible for caring for these children to trek thousands of miles to, possibly, illegally cross the foreign border of a sovereign nation.

Did 80 Percent of Undocumented Minors Arrive in the United States Without Parents?

The answer, even according to scopes, is a somewhat begrudging “Untestable Assumptions”. You can tell it’s not the resounding “FALSE” verdict Snopes would like to render on this statistic thrown out by the Trump administration.

The numbers are indeed hard to pinpoint, it’s true. But the fact remains that the ratio of children with parents to children alone at the border is 1:3.

How are these unaccompanied minor children to be protected if they are housed in a population of grown adults, some of whom may be dangerous?

Liberal Democrats in the media are fond of publishing pictures of women and their children when reporting on this issue. They look ok to me, too. However, I personally have never been a group of 10,000 people at any time where I felt that I could vouchsafe every single person.

The migrant caravan is comprised primarily of people from Guatemala, Honduras and El Salvador. Consider the population of these countries:

Now, compare to the number of people originally from those three countries who have legally immigrated to live and work in the U.S.:

If you truly understood the situations in the Guatemala, Honduras and El Salvador, you would understand that legal immigration to the U.S. is not only available to citizens of those countries of origin, but not at all uncommon.

If you are a liberal Democrat who wants a diverse, robust immigrant population, legal immigration should be your focus- not border security which is a completely separate issue that includes highly complicating and dangerous factors like Fentanyl smuggling, human trafficking and the Department of Homeland Security.

Hyperbole is poison. Nuance is the antidote.