Does that mean it’s sinking? 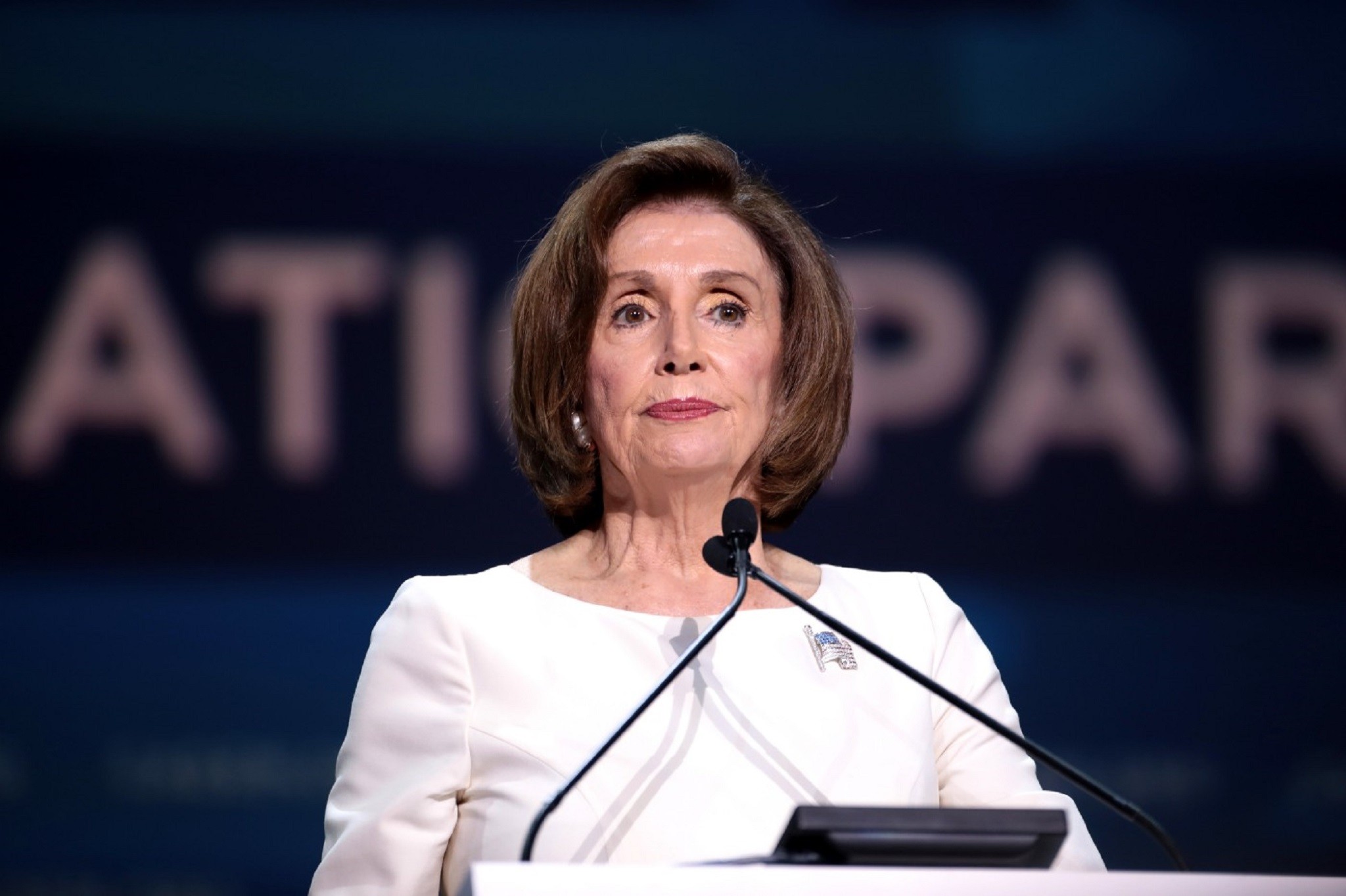 There are a couple of mistaken impressions people have about the goings on in Washington, D.C.

There are even more mistaken impressions about what lawmakers, lobbyists and elected officials get up to on Capitol Hill.

For one thing, there are those in America who think that being a congressperson, for example, is the cushiest part-time gig in America. This wildly mistaken notion would make most congressional members, and most certainly their staff, just about expire from laughter.

Professional life as a congressional lawmaker, and for their staff, starts impossibly early; it takes forever to get anywhere in Washington. And almost everyone has to commute from somewhere because real estate is wildly expensive. For most congressional members, that commute starts on a Monday at at 5 a.m. thousands of miles away at an airport.

Think most members fly first-class? On the contrary. Business-class, maybe, if they’re lucky and leverage frequent flyer miles like the rest of us plebs.

Once our elected and their support staff reach the office however, lawmaking itself is a job that never ends. Imagine an in-box that is always full no matter how much you do. There are meetings upon meetings upon meetings- and don’t forget that commute. In D.C., your destination is 2 miles and 45 minutes away- on a good traffic day.

Democracy, and the contentious two-party system that came with it, makes it extremely difficult, tedious, and time-consuming to get anything done.

Think of it as a group project with hundreds of participants, some of whom hate each other, all of whom have the sort of personality type it takes to run for and win public office.

Not one wants to do anything that might anger their constituents or hurt their districts in any way. Which is good, and sort of the point, but aligning and accommodating the needs of, say, 150 districts isn’t exactly easy.

As such, the labyrinthine buildings where congressional members and their staff work contain dry cleaners, coffee shops, cafeterias, banks, a postal office, a travel agency, a printing agency, a gym and an underground train to ferry people from one Capitol building to another.

The buildings have all the non-fun amenities of your average cruise ship because none of the people who work in them are allowed to leave.

Well, they are allowed to leave, strictly speaking. But they always have so much work to do that most never set foot outside that catacombs of buildings from well-before dawn to well-after dark.

Let’s say you make it through your workweek, you’ve put in your 80 hours. Think you get to relax?

After members and their senior support staff conclude congressional business for the day or week, they go to their second job, which is just as important and quite as difficult as the first.

That requires money, and a great deal of it. To get that money, to build donor support, members must host events, attend dinners, speak at churches and clubs; they have to address crowds and answer one-to-one questions across dinner tables.

Congressional members have to sing for their support.

People have questions. They want answers from the source. This song and dance happens in Washington, in home districts, home states; from airports to state fairs.

That isn’t even all congresspeople have to do. In addition to congressional duties and campaign duties, there are hotly-contested internal campaigns for committee assignments. There are other members vital to voting coalitions; other campaigns to support and help. Oh, and your party duties.

Anyone spewing hatred at these people online, be it Rep. Alexandria Ocasio-Cortez (D-NY) or Minority Leader Kevin McCarthy (R-CA) should be offered the chance to spend one-week shadowing them at work.

Most people wouldn’t last one day.

Why anyone would choose to do this job is a matter deserving of examination. While it certainly isn’t true for everyone, many elected members, like the fabled Mr. Smith, came to Washington to make a difference.

For the benefit of their tiny slice of American life- the constituents in their district- these public servants shoulder the great burden of governing. Consider Speaker of the House Nancy Pelosi, who went to Congress in the 80’s ostensibly to fight the AIDS epidemic decimating her home district of San Francisco.

Even during “off-hours” there are emails, conference calls, fires and rumors of fires. There is also the press, ever circling like hungry sharks. Sharks, it should be noted, with whom members of Congress must constantly swim, and who they must feed, but not too much.

Understanding the frustrations of life as an elected member of Congress is vital to correcting a seriously mistaken impression most people have of American politics.

No member of Congress got there by accident.

The only reason congressional members- Republican, Democrats or Other- are on C-SPAN today, or cloistered in their tiny office somewhere in the Longworth building, is because they worked liked crazy to get there.

Not just them, either. Behind every successful congressional bid is a top team of professionals, organizing everything from volunteer parade walks to FEC compliance. Neither of which is a picnic, by the way.

These congressional members and their staff didn’t just work hard to get where they are, either. They have to work even harder to stay there.

At least a tenured professor or a law partner might have a bit of job security after putting in 80-hour weeks for years. Not in Congress: Any member, from Pelosi to McCarthy could face a serious primary challenger, or a general election challenger, with big money backing and an axe to grind.

No one is safe.

Just ask former New York Representative Joe Crowley. He was the third Democrat in charge until he lost a primary challenge by the Justice Democrats-backed newcomer Alexandria Ocasio-Cortez in 2018.

Why is it important to understand how hard these elected officials must work to keep their office?

Because it shows how much they want it.

It tells us everything we need to know about their motivations for doing what they do and behaving as they behave, on CNN and in the Congressional record.

They have worked very hard to get where they are. They have to work constantly to stay there. They are not going to squander their re-election chances for anything or anyone.

Not Donald Trump: Not Nancy Pelosi.

Ideally, each of these members represents a finite group of voters from a certain corner of the country. The elected official and the voters have entered into a contract wherein one party- the Congressperson- agrees to represent the needs of the other party- the constituents- in fair exchange for their vote.

By not betraying that trust, by fulfilling the obligations implicit in elected office, the congressional member hopes to keep their job.

Which brings us to impeachment.

On the contrary, in addition to the two Democrats who voted “No” on impeachment, there is now a growing body of moderate Democrats who are openly floating the possibility that Democrats might be able to avoid a loss, and even cinch a bi-partisan win, by backing impeachment down to a censure.

Which means there are a number of Democrats in Congress who feel that a vote for impeachment would not be good for their reelection chances.

Most of these Democrats won districts in 2018 that Trump carried in 2016. They fear, and rightly, that a massive turnout of Trump voters might sweep their office to a Republican in 2020.

This is not good news for House Speaker Nancy Pelosi.

House Democrats in leadership have failed to sway the pendulum of public opinion in favor of impeachment among swing voters. That is where Democrats need support the most. Convincing Democrats that Trump must go simply isn’t enough to gain the Oval Office or keep the House majority.

With their tenuous and nebulous impeachment case against Donald Trump, one that grows murkier and more difficult for the average person to navigate by the day, Democrats are unlikely to get any bi-partisan traction in the Senate.

Bowing out gracefully with a censure might be Democrats best bet at this point. Democrats should consider that old adage about throwing good money after bad.