House Democrats Must Condemn Anti-Semitism in the Strongest Possible Terms 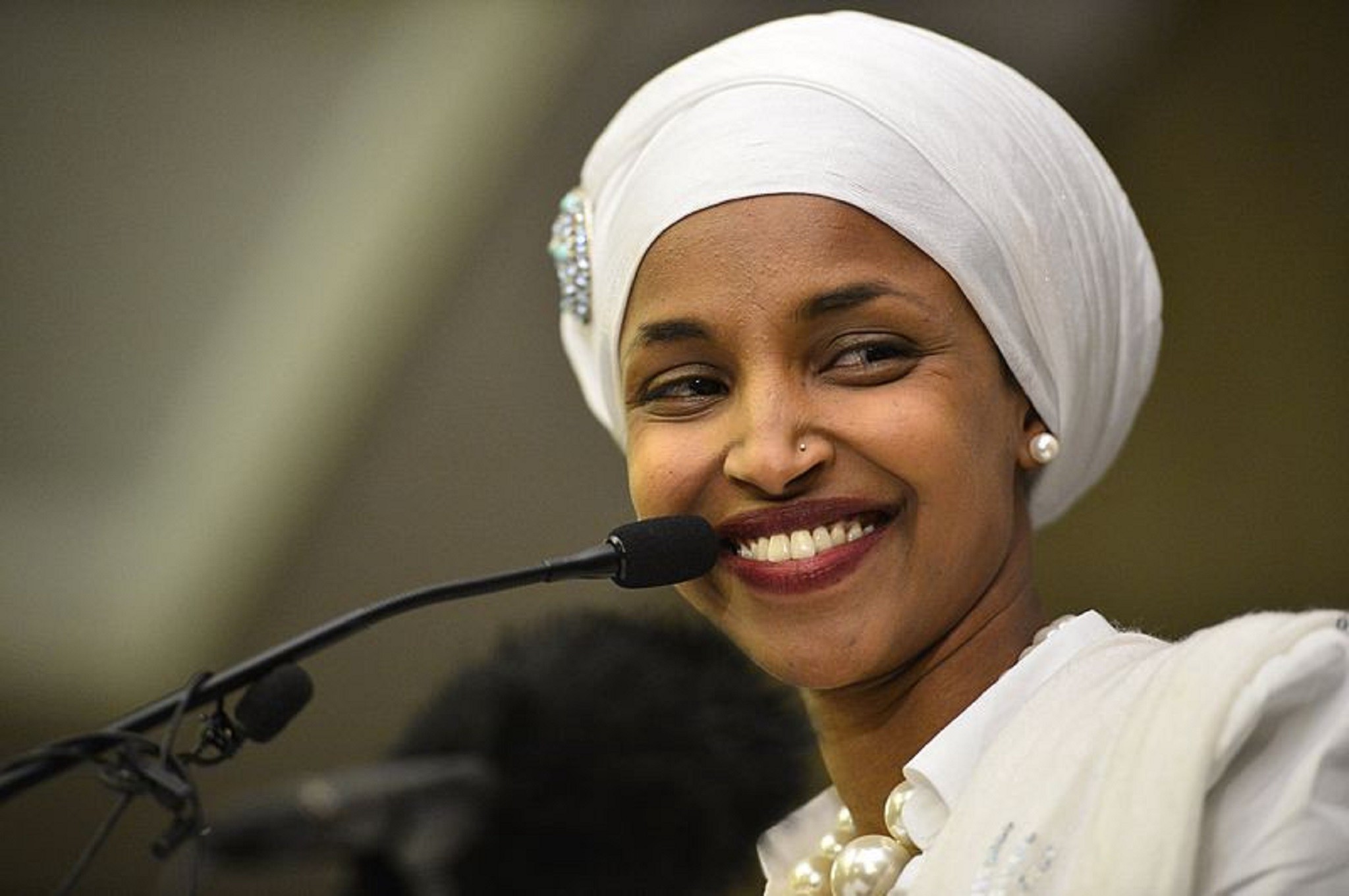 Yet, it seems we must discuss why anti-Semitism can’t be tolerated.

The suspect in October’s Pittsburgh synagogue massacre was due in court today, and Rep. Ilhan Omar (D-MN) is busily suggesting to her online followers that a secret cabal of rich Jews controls the free world.

And it pays U.S. politicians handsomely for the privilege.

Rep. Omar is boldly going where even Republican boogeyman and notorious anti-Semite Rep. Steve King feared to tread. In spite of her repeated apologies and constant backtracking on this subject, Omar’s thinly-veiled anti-Semitic statements aren’t going away; only the veil.

House Democrats need to act more quickly and decisively than Republicans did in response to King, and remove Omar from the Foreign Affairs Committee immediately.

On Sunday, twitter fans were treated to Omar’s latest installment in a series of ill-considered online remarks directed at Jewish people and the state of Israel.

Rep. Ilhan Omar (D-MN) tweeted that support for Israel from U.S. politicians is ‘All About the Benjamins’.

Her comments implying, presumably, and not for the first time, that a cabal of rich Jews secretly controls the world, and outright bribery is responsible for pro-Israel stances among U.S. politicians.

These comments are an improvement, it must be allowed, over her 2012 assertions that Jews are instead evil wizards who secretly control the world. Perhaps Omar is actually softening.

“Israel has hypnotized the world, may Allah awaken the people and help them see the evil doings of Israel. #Gaza #Palestine #Israel” — Ilhan Omar, posted to twitter November 2012. 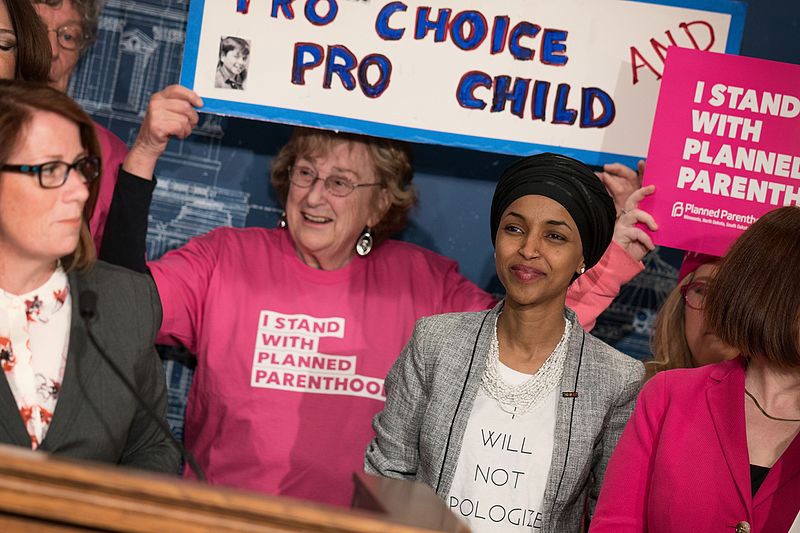 Anti-Semitism in the Democratic Party

The growing anti-Semitic vein in the Democratic party is emboldening Omar, and others, to openly espouse views that are unacceptable to the voting public. To say the least.

Considering Rep. Omar is now occupying the seat previously held by another unrepentant anti-Semite, Rep. Keith Ellison, who was pressured yearly to resign over his continued association with anti-Semitic hate-preacher Louis Farrakhan, her comments should come as no surprise to anyone.

Anyone, that is, who wasn’t fooled by repeated attempts by creditable news organizations to whitewash the Omar campaign of anti-Semitism. The well-meaning attempts by the New York Times and others to get Democrats elected might have worked, if only Omar would stop demonstrating her continuing anti-Semitism so thoroughly and publicly.

She seems unwilling or unable to do so, and her comments are hurting the Democratic Party’s chances in 2020 more than her election helped them.

“I WILL NOT APOLOGIZE”

After online backlash yesterday, Omar went even further instead of her usual non-apology apology, naming the pro-Israel non-profit AIPAC specifically in her allegations. Her comments quickly drew support from known extremists who argue openly for the destruction of Israel.

AIPAC, a non-profit that does not donate directly to political campaigns, was quick to respond to Omar’s allegations.

“We are proud that we are engaged in the democratic process to strengthen the US-Israel relationship. Our bipartisan efforts are reflective of American values and interests. We will not be deterred in any way by ill-informed and illegitimate attacks on this important work.” — AIPAC, tweeted.

Some Democrats have been vocal in their condemnation of Omar’s remarks. Others are conspicuously silent.

“While of course our nation’s leaders are free to debate the relative influence of a particular organization on our country’s policy-making process, or the factors that make our system of governance imperfect, there is an expectation of leaders — particularly those with a demonstrated commitment to the cause of justice and equality — that they would be extremely careful not to tread into the waters of anti-Semitism or any other form of prejudice or hate. Rep. Omar failed that test of leadership with these comments.” — Rep. Jerry Nadler (D-NY)

Alarm bells continue to sound as Democratic House leadership is bombarded by calls from members to contain the fallout and damage.

“Anti-Semitism in any form … unacceptable, and it’s shocking to hear a Member of Congress invoke the anti-Semitic trope of ‘Jewish money.’ … I will make the case to Members on both side of the aisle that our alliance and friendship with Israel are important to our countries’ shared interests, security, and values.” — House Foreign Affairs Chair Eliot Engel (N.Y.)

Speaker of the House Nancy Pelosi and Democratic House leadership issued a statement on the remarks today, clarifying their position against anti-Semitism and calling on Rep. Omar to apologize.

“We condemn these remarks and we call upon Congresswoman Omar to immediately apologize for these hurtful comments.”

Republicans, on the other hand, have been united in their response. The NRCC was quick to condemn:

“Anti-Semitism and bigotry have no place in American politics. It’s time for Nancy Pelosi and House Democrats to get serious about the problem within their caucus, and removing Ilhan Omar from the Foreign Affairs Committee is the first step.” — Statement from the National Republican Congressional Committee, issued Monday February 11, 2019.

Republican members of the House were also vocal in their criticism.

“№1, Israel is our main ally strategically. They are indispensable to our foreign policy in the Middle East. That’s №1. №2, it’s immoral to be suggesting that somehow members of Congress are being paid off by Jews, by AIPAC. That goes right into the anti-Semitic bias, which has plagued the world for too long.” — Rep. Peter King, R-N.Y.

House Minority Leader Kevin McCarthy has promised to act against Rep. Ilhan Omar and newly elected Rep. Rashida Tlaib, who has also come under fire for anti-Semitic comments and ties to individuals and groups that have espoused anti-Semitic views, including Louis Farrakhan.

Tlaib also attempted to organize a congressional trip to the West Bank.

“Jews were responsible for all of this filth and degenerate behavior that Hollywood is putting out, turning men into women and women into men…. White folks are going down. And Satan is going down. And Farrakhan, by God’s grace, has pulled a cover off of that Satanic Jew, and I’m here to say your time is up, your world is through. You good Jews better separate because the satanic ones will take you to hell with them because that’s where they are headed.” -NOI Minister Louis Farrakhan, Savior’s Day speech, February, 2018

Tlaib Wrote Op-Ed for Farrakhan in 2006, which appeared in the Final Call, Farrakhan’s publication known for openly espousing anti-Semitism.

Why does anyone on the left still associate with Louis Farrakhan? Especially after he appeared recently on video leading a “Death to American! Death to Israel!” chant in Iran? Even the Women’s March Has a Farrakhan Problem.

“The reason Bill Clinton and other Democratic leaders can share a stage with this man is because, with the exception of [CNN anchor] Jake Tapper, most of the media looks the other way.” -Ari Fleischer, twitter

The Short Political Life of an Albatross

The Democrat’s own Steve King.

Rep. Kevin McCarthy, the Republican minority leader in the House says statements by the congresswomen are equal to ones by Steve King.

King said in a recent interview that he doesn’t understand why ‘white supremacy’ is stigmatized.

Republicans were right to do so, even if they took their time about it. The Congressional committee neutering, combined with the withdrawal of Republican Party support, plus a primary challenger who raised 100,000 in the first ten days alone, equal the end of Steve King’s Congressional career.

Democrats must do likewise.

Anti-Semitism is on the rise, both in the U.S. and in Europe. One-third of Americans simply don’t believe that 6-million Jews were murdered during the Holocaust.

The Jewish Coalition for… World Peace

Non-profit Jewish organizations are not bent on world domination. Quite the contrary.

What do organizations like the AIPIC want? In a word, peace. In two words, world peace. In the aftermath of centuries of persecution, Jewish coalitions have absolutely formed to serve this end.

They make no apologies for doing so; nor should they.

These organizations believe that Jews, like everyone else, have a right to exist and will be safer in a society that protects the rights of all citizens. They don’t even care if you convert.

Those in the press quick to label this a witch hunt are missing a fundamental point: Witches don’t exist.