Healthcare Gets a High-Tech Makeover at HHS

The Dept. of Health and Human Services is expanding Telehealth, using AI to target obsolete regulations, and keeping the public informed via podcast. 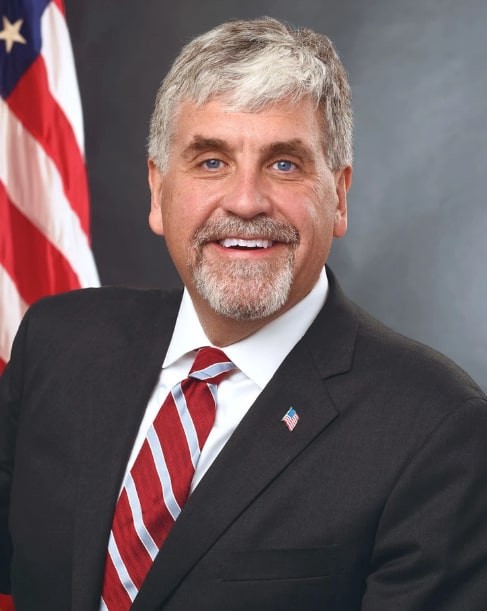 Over the past few years, Deputy Secretary of Health and Human Services Eric Hargan has quietly led some of the Trump Administration’s most important HHS initiatives, including deregulation, a focus on patient-centered healthcare, and moving to a value-based services model.

In 2018, when Mr. Hargan began implementing these initiatives, the department had no idea how important his work would become during the COVID-19 pandemic.

In his role as HHS Chief Operating Officer, Hargan oversees the department’s annual budget of $1.3 trillion and over 80,000 employees across 26 divisions. He is responsible for day-to-day operations and management of the vast department in addition to leading policy and strategy development. Operations overseen by Hargan include Medicare, Medicaid, the regulation of food, drugs and medical devices, public health, welfare programs, medical research and other activities.

In 2018, HHS led the way with over six billion dollars in total estimated savings. The results freed “42 million burden hours” of paperwork for clinicians and providers, according to HHS.

On the HHS podcast “Learning Curve”, Hargan recently discussed how deregulation has played an important role in the coronavirus response. According to Harlan, the department’s deregulation efforts have led to an “explosion of telemedicine nationwide.”

Over the past few months, HHS has taken great innovative leaps forward to improve and expand Telehealth services as a way to safely provide care to patients during the COVID-19 pandemic. Hargan is leading an initiative to reduce regulatory burdens using advanced technology in order to give patients easier access to their electronic health records.

“I had all of our regulations put into AI, had them scanned and looked at by AI. I gave it to one of our consultants and just did some really initial scrubs … for terms that were outmoded like ‘telegram’ or ‘telegraph’ — requirements and regulations that you communicate with HHS by telegram or telegraph,” Hargan said at the Digital Health CXO Tech Forum in February.

Enabling data through third-party apps has the potential to provide viable solutions for cost management and aiding patients, in addition to improving interaction between hospitals, providers and patients.

“We are going to carry this rule into finality because we are going to give what the Cures Act calls out, which is that Americans are going to be able to get their health records from their providers on an app on their smartphone for free,” Hargan said.

“As opposed to some other initiatives, we are not going to be solving this problem technologically in house,” he continued. “We are going to be setting technical standards in the rules you may have seen — HL7 FHIR standards for the programming and how the APIs are going to function — so we have a common standard. But we are relying on the private sector to develop those apps and to develop the ways of coordinating to get the data that are going to bring them to the department.”

The agency is additionally working on a trust-exchange framework to allow health information networks and exchanges to acquire information from medical providers, Hargan added. Both providers and patients are already able to utilize the new HHS Telehealth website as a resource to maximize Telehealth opportunities.

Under Trump’s administration, HHS has also implemented rules providing better protections for pro-life health care workers, and has created a Conscience and Religious Freedom Division to support those efforts. The Conscience and Religious Freedom Division of the existing Office of Civil Rights enforces various laws to protect conscience rights, including allowing providers and insurers to decline abortions and assisted suicide.

Hargan has been a strong advocate for pursuing President Trump’s pro-life agenda. Hargan spoke at a Susan B. Anthony List LIFE Wins! event in Florida.

The organization posted an image of Hargan on Twitter and wrote “It would take hours to list all the #ProLife accomplishments of the Trump-Pence administration — @DepSecHargan at LIFE WINS! event in Florida.”

The Trump Administration has taken additional steps to “Protect Conscience and Life,” such as providing regulatory relief to religious organizations, awarding funding to 12 organizations which were not Title X grantees and continuing to fight the concept of abortion as a fundamental human right on the international stage.

“President Trump promised the American people that his administration would vigorously uphold the rights of conscience and religious freedom,” said Hargan as Acting Secretary of HHS. “That promise is being kept today. The Founding Fathers knew that a nation that respects conscience rights is more diverse and more free, and the OCR’s new division will help make that vision a reality.”

He has been published both in the United States and overseas on a myriad of health-related topics, including Medicare and Medicaid reform, health law, medical device regulation, vaccines, public health preparedness and pandemic influenza.

With a background that has served him well during the Covid crisis, Hargan’s willingness to utilize tech and the private sector have demonstrated a strong forward-looking philosophy. This combination of experience and innovation promises to make healthcare in America more accessible for everyone- during the current pandemic and beyond.