Has Hollywood Squandered its Soft Power?

Outspoken progressive celebrities can’t quite cover up the dark illiberal heart of Hollywood. 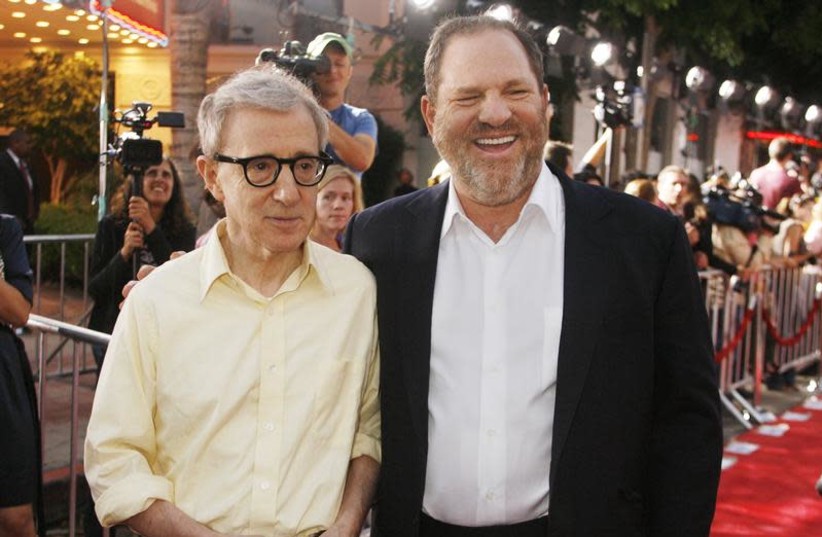 Hollywood has been pushing conservative audiences away with overt political messages and progressive preaching for over a decade. The trend has only intensified in the Trump era.

Now, the subtle influence of Hollywood, its soft power has been squandered by celebrities stumping for mass-appeal on social media and maximum reception with younger audiences. This influence, which took a century to cultivate, is now on the wane as audiences for once high-profile award shows like the Oscars and Grammys continue to dwindle.

Directors, movie producers, and actors could have gone on influencing social consciousness- for the sake of argument, lets focus on the positive aspects- indefinitely. Movies like Schindler’s List and the Color Purple left an indelible impact on society and did it so deftly neither felt in any way political.

With conservatives audiences turning the channel, and having a nearly unlimited number of entertainment options from which to choose, important films which could have helped move the Overton Window on social issues important to progressives aren’t being viewed by the people who most need to view them.

To whatever degree celebrity Democrats help get Democrats elected, there is at least an equal an opposite number of voters who don’t really care what Barbara Streisand thinks about politics. Likewise, Jane Fonda.

The glory days of Movieland as a romantic fantasy of beautiful, noble creatives enshrined high on a silver screen pedestal are gone forever. Hollywood has a great deal to answer for.

Racism, sexism, exploitation, xenophobia, ableism, transphobia, fat phobia, ageism: There isn’t one social problem Hollywood hasn’t made worse. From perpetuating racial stereotypes, to whitewashing history, to glorifying violence against women for the purposes of entertainment, to the exploitation of child actors, Hollywood is a giant glass house.

Celebrities throwing stones from it is drawing the natural reaction of stones being cast back.

On one hand we have Meryl Streep leading an all-star cast of A-list celebrities, actors, and pop-stars behind the scenes in a documentary featuring Hillary Clinton’s ill-fated victory party in 2016. On the other hand, we have the same outspoken voices for women’s rights in Hollywood go silent when Democrats are accused and campaign for someone credibly accused of sexual assault by a former staff member.

Ronan Farrow may have just successfully led a strike that resulted in his publisher refusing to publish the memoir written by Woody Allen, but A-list celebrities only recently stopped starring in Woody Allen’s movies. There are plenty of A-listers in Hollywood who still defend Allen to this day. Likewise is true for the eminently talented director and accused child rapist Roman Polanski, who has been evading extradition to the U.S. to face the consequences of his crimes for decades.

From Howard Hughes and his genteel stable of young aspiring starlets, kept for his personal selection, to Brooke Shields photographed naked at 10, to the casting couch, Hollywood has been a haven for the very social disfunction to which progressives object so strongly.

The Democratic Party is a people’s party; it is about protecting the powerless- not exploiting them.

In Hollywood, men like Harvey Weinstein and Ed Buck have claimed to be members of the Democratic Party, have helped Democrats get elected, while engaged in the worst types of criminal exploitation. Still others have forced Democratic women into degrading and untenable situations, turning a blind eye to serial sexual harassment and predation.

May you never meet your heroes: Hollywood celebrities were easier to love from afar. In the Information Age, and even more so in the age of Covid-19, when seeing into everyone’s living rooms has become the norm, we know too much about them. Namely, that celebrities are as just insecure, silly, foolish, wise, mixed-up, and confused as the rest of us.

If Hollywood, and the celebrities who populate it, want to make the world a better place, they are perfectly positioned to do it- through their art. They should make better movies, and let better people make movies.

The last of Hollywood’s soft power, the delightful pull of movies, of stories brought to such fantastic life, is waning. Judgmental celebrity activists badly juxtaposed with Hollywood’s crimes are only a small part of it.

The above person does not exist. The image is computer generated. Computers are getting better and better at this.

When directors are able to use completely realistic computer-generated actors to fulfill their wildest screenplays, human movie and television actors will go the way of the stage actors. That is, there may be people who still want to see a cast of real people in movies, but the blockbusters, the action events of the summer, the family movies, the big money- will all be done with computer-generated actors.