A small city’s municipal elections may seem like an unlikely way to make history, but that is what happened when Ioannina elected Moses Elisaf. 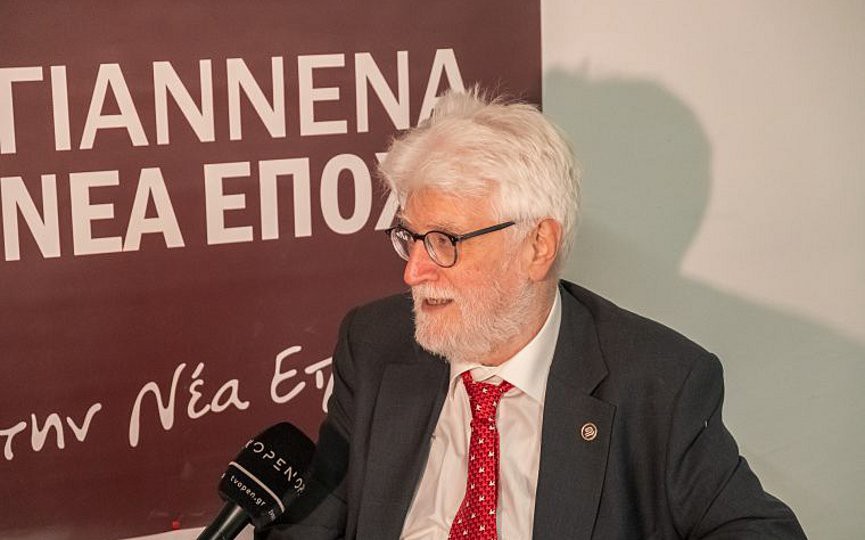 With anti-Semitism on the rise in the U.S. and worldwide in the past years, the news that a city in northwestern Greece elected the country’s first ever Jewish mayor, Moses Elisaf, was met with great delight by the international Jewish community.

At a time when antisemitism is on the rise in Greece, Jewish citizens are more in need of proper representation in government. This important milestone marks an improvement in the diversity of Greece’s political leaders.

Elisaf, 65, was elected mayor of Ioannina on Sunday in the second round of local elections, the local Ekathimerini newspaper reported.

Moses Elisaf ran as an independent and won by a close vote; garnering 50.33% of the vote, narrowly beating incumbent mayor Thomas Bega, who received 49.67%. Ioannina has a total population of nearly 57,000 people.

The election of Elisaf was not simply a statement favoring multiculturalism. Elisaf is independent financially and politically, and vowed to stand firm against government corruption and graft.

He emphasized how his political group “has unifying features and seeks a dynamic majority for a new era in Ioannina,” when speaking to Athens-Macedonian News Agency (ANA). “Our political group tried to unite citizens beyond parties or business interests,” he added.

Additionally, Elisaf is focused on transforming the city on Ioannina “from a provincial city of Greece to a hub in the wider Balkan region, a modern European city,” and highlighted the opportunities possible with the city’s advantageous geographical position.

Moses Elisaf has a long and distinguished history in public service. He served on the city council twice in 2006 and 2014, and has been head of the small local Jewish community of about 50 members for 17 years. He previously served as the head of the Central Board of Jewish Communities in Greece.

Regardless of the reasons that led to his election, Elisaf’s victory over the traditional political parties is a small revolution but very significant in a country that has been grappling with rising anti-Semitism. The Central Board of Jewish Communities in Greece (KIS) welcomed the news of Elisaf’s victory with great delight.

“For the Greek Jewry,” the board’s announcement said, “the success of Moses Elisaf signals a very important cornerstone for the history of the Jewish presence, both in the city of Ioannina, as well as in Greece, since it is the first time a Greek Jew is elected as mayor.”

The municipal elections of a small city seem like an unlikely way to make history, but that is what happened when Ioannina elected Moses Elisaf as the first Jewish mayor.

“The people know who they voted for. I was elected despite the growing anti-Semitism all over the country. It is well known that Greece is a country with a great rate of anti-Semitism, but it is verbal. It’s not violent,” said Elisaf, who professed to being relieved not to have heard any anti-Semitic slurs directly during his campaign.

Elisaf is no stranger to anti-Semitic attacks- in the early 2000s, members of the Golden Dawn desecrated his mother’s grave during their vandalization of a Jewish cemetery in Ioannina.

In 2009, Ioannina residents formed a chain around the cemetery in solidarity. After adding motion-sensor lights and cameras, vandalism halted.

Elisaf is a Romaniote Jew, a descendent of the oldest Jewish diaspora in Europe. Founded by Jews receptive to Greek culture, they built their earliest known synagogue in the 2nd century B.C.

At the beginning of the 20th century, some 4,000 Romaniote Jews resided in Ioannina. Amid the economic hardship of the Ottoman Empire, many emigrated.

About 2,000 Jewish people remained in Ioannina until March 25, 1944, when German Nazi occupiers rounded up Ioanninan Jews and sent them to Auschwitz.

Greece is currently home to only about 5,000 Jews in total; 87% of Greek Jews were killed during the Holocaust.

“During the Holocaust, Ioannina’s Jewish community was almost completely erased; and now, 75 years later, a descendent of Holocaust survivors was made the mayor of this very city,” said Greek Jewish community leader David Saltiel of the election.

For his part, Elisaf does not separate his Greek and Jewish identities, and plans to remain head of the Jewish community as mayor.