How users of TikTok pranked the Trump campaign with fraudulent RSVPs and slammed the door on expanded mail-in voting. 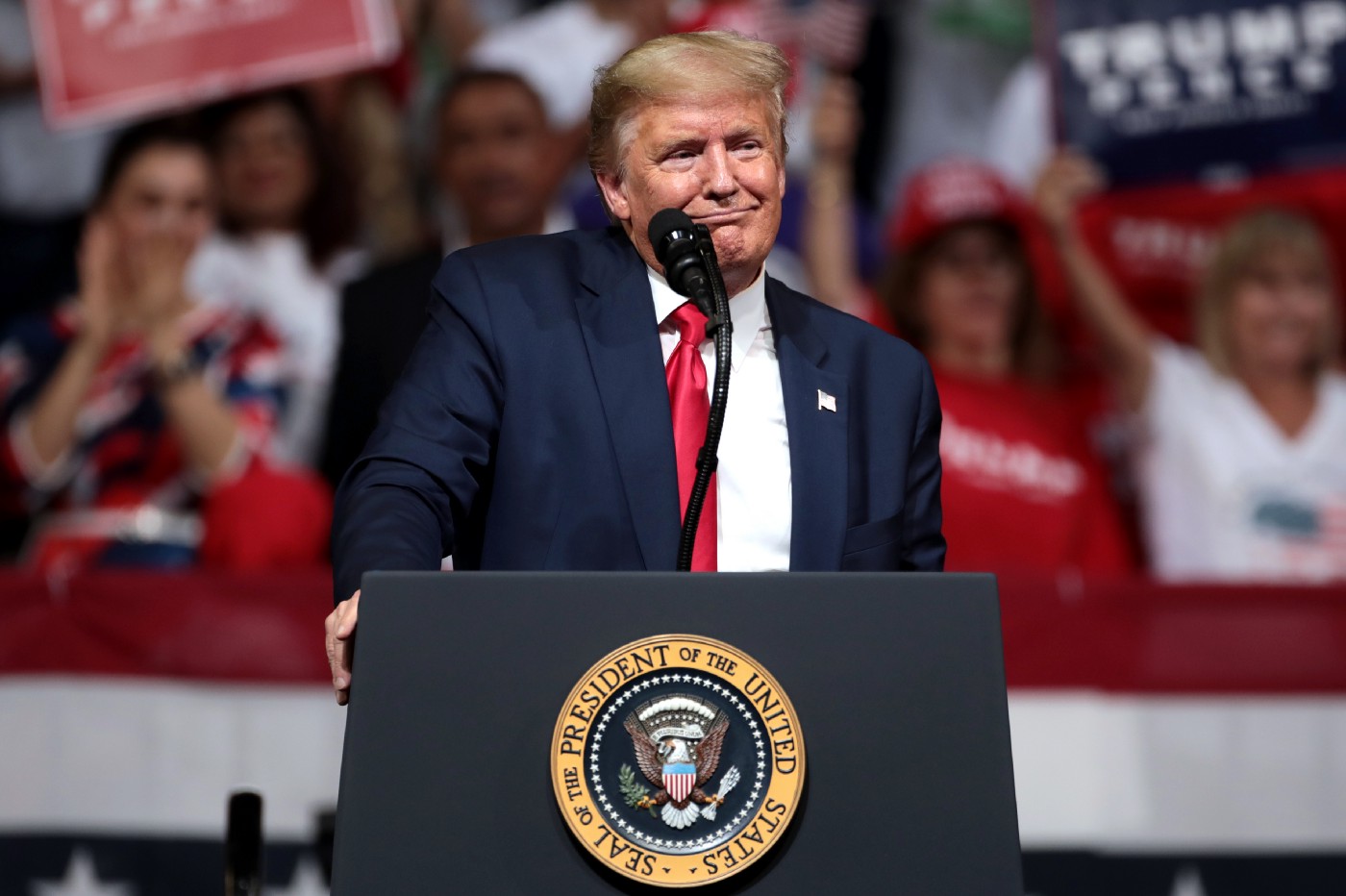 While last night’s utter flop of a Tulsa Trump rally was hilarious for some- and harrowing for Trump staff members who probably spent the night wondering why 800,000 raving Trump fans weren’t bursting through the doors- it wasn’t all fun and games.

Early information indicates an online sabotage campaign, organized on the popular platform TikTok by young TikTok users and K-Pop (Korean Pop) fans, may have kept the turnout for Trump’s campaign low. This effort also caused the Trump campaign to plan and prepare for a massive rally- which didn’t happen.

Trump’s turnout was a mortifying 6,000 in an arena that could have seated almost four times that. Trump aides had to quickly scrap a plan to broadcast Trump’s speech to the overflow crowd outside. By the time it became clear there would be no overflow crowd, the damage was done.

Progressives, elected like Rep. Alexandria Ocasio-Cortez and prominent members of the media alike, should enjoy this laugh while they can.

There might not be much to laugh about once the dust has settled.

The Trump campaign, and his Republican-run Senate, are going to use this incident in ways which are not going to make Democrats happy.

First, these Tik-Tokkers have given the Trump campaign some excellent cover fire. The media’s attempts to frame this as an innocent joke perpetrated by a few teenagers in Tulsa- “Trump’s campaign trolled by users in Tulsa”- confused by efforts to spin this as the erosion of Trump’s base and the imminent demise of the Trump campaign, will give him even more.

Trump’s constant refrain, to his supporters and to those crucial undecided swing voters, is that he is under a constant siege of “Presidential harassment”; that he isn’t a bad guy, but everyone is out to get him and make him look as bad as possible.

This incident will make it much harder for undecided voters to dismiss such claims.

Will Independent and undecided voters be impressed that members of the left managed to tank Trump’s campaign rally in Tulsa?

Some Democratic activists, and others who want Donald Trump to lose in November, are acting as if no one is on the fence about voting for Donald Trump; they are.

If people really care about removing Donald Trump on Election Day, which is in four short months, they need to be asking themselves if their behavior, on-line or in Seattle’s CHOP, is making those voters more or less likely to choose Democrats over Donald Trump.

The performative art block party in Seattle is hurting the cause. It is angering and irritating many in the African-American community who are working for meaningful change and see the CHOP as a dangerous distraction that deters potential allies from joining the fight for criminal justice and policing reform.

This Tik-Tok campaign to sabotage Trump’s Tulsa rally is another such performative distraction that hurts the causes it claims to care about.

Second, this TikTok stunt, as much as it may warm the heart of liberal parents and teachers and tickle progressives like Rep. Alexandria Ocasio-Cortez, hasn’t cost Donald Trump much- not really.

But it probably cost our Democracy the opportunity to expand voting access through mail-in and absentee ballots in the short-term.

It was a rookie mistake, too.

Online contests, which are conducted much like the distribution of Trump rally tickets, have been subject to such organized online efforts for years. That is how humanity came to have a state-of-the art scientific research vessel christened “Boaty McBoatface”- an online naming contest was hijacked by a bunch of these hilarious online pranksters.

These same authorities also thought it would be funny to name a killer whale “Mister Splashy Pants”; vote to send Taylor Swift to perform at a High School for the deaf; and vote to send Pitbull to Alaska.

Do you think the Trump campaign, and Republicans, are going to say “good one, you got us,” and move on?

On the contrary. This is going to be studied, and no perilous implication will be missed or glossed-over.

The Trump campaign will be a great deal harder to fool next time. And Republicans are going to use this incident as an easily provable and demonstrable risk to our fair elections process.

If teenagers in another country can use Tik-Tok to trick the Trump campaign into thinking a million people were going to show up in Tulsa last night, that election tampering might be a real threat isn’t a stretch.

Which means that, for the foreseeable future, voting will still need to be done in person.

Expanding voting access, and preventing measures that will restrict voting access, isn’t the work of one night. It isn’t a joke or a prank. If you care about racial injustice, expanding the roster of registered voters, and getting more people to vote is paramount.

In the end, this childish effort to embarrass Donald Trump will have set the Democratic movement to turn up the vote back a long way.

And that is just for this election cycle.

Years from now, and probably a scant few years at that, opponents of online voting- the new Holy Grail of expanded voting rights, and the only thing that might actually get young people to polls in greater numbers- will use this incident as the textbook reason to block on-line voting efforts for as long as possible.

Which is pretty long.

If teenagers on TikTok really care about injustice, if they really hate Donald Trump, a better strategy than playing silly pranks online is to actually get involved in the political process. Volunteer; and if you’ve over 18, vote.

If young people had organized in 2016 the way they apparently organized on TikTok against the Trump rally, Donald Trump wouldn’t be president today.

Republican voters and donors are going to be furious about this. They will not see it as a childish prank; they will see it as confirmation that the Democratic Party will resort to nefarious methods to steal the election from Donald Trump.

They will be all the more determined to vote, to get others to vote, and donate money to the Trump campaign.

Last but not least, for every action there is an equal and opposite reaction: How will the left feel when the Trump campaign and his supporters respond to this effort in kind?

Indeed, the blowback has already begun.

Polling, which was proven shockingly unreliable in 2016 and hasn’t since been much improved, is already skewed towards Democrats and people with strong opinions on the polled subject, one way or the other.

Trump supporters, instead of being content to be under-sampled by polling, are even now online organizing in an effort to skew them ever further. “Take all the polls you can,” they tell each other in comments sections and on social media; “Claim to be voting for Joe Biden.”

Trump voters and Republicans are also wasting no time in reveling in the darker implications of this episode:

That TikTok is owned by a Chinese internet company, ByteDance, will not be lost on the masses because this fact is going to be kept front and center.

This will be seen by many on the right as proof that China is intent on interfering with U.S. elections; in a match-up of the records of Donald Trump and Joe Biden on China, Biden is not going to look tough on China in comparison. Far from it.

If you think undecided voters don’t care about the integrity of U.S. elections, you haven’t met many. Independent voters, especially of the Libertarian persuasion, will not take this lightly.

They are sure to notice that only a short time ago TikTok itself came under fire for racist practices on their platform and for racist content posted by users. The content of African-American and Black users was being intentionally prevented from gaining popularity on the platform.

In December of 2019, TikTok admitted to suppressing videos posted by people with disabilities, economically disadvantaged people, members of the LGBTQIA community, overweight people, and “ugly” people and issued an apology.

The disconnect is hard to miss: By June 1, it was “TikTok pledges to promote black creators after accusations of censorship”; June 7, “TikTok Pivots From Dance Moves to a Racial Justice Movement.”

Ironically, TikTok also censors and punishes users in China who offend the Chinese government, harm the “national honor”, or criticize the police.

This episode will only serve as more Republican ammunition against Joe Biden, Democrats and any attempts on the left to expand mail-in ballots.